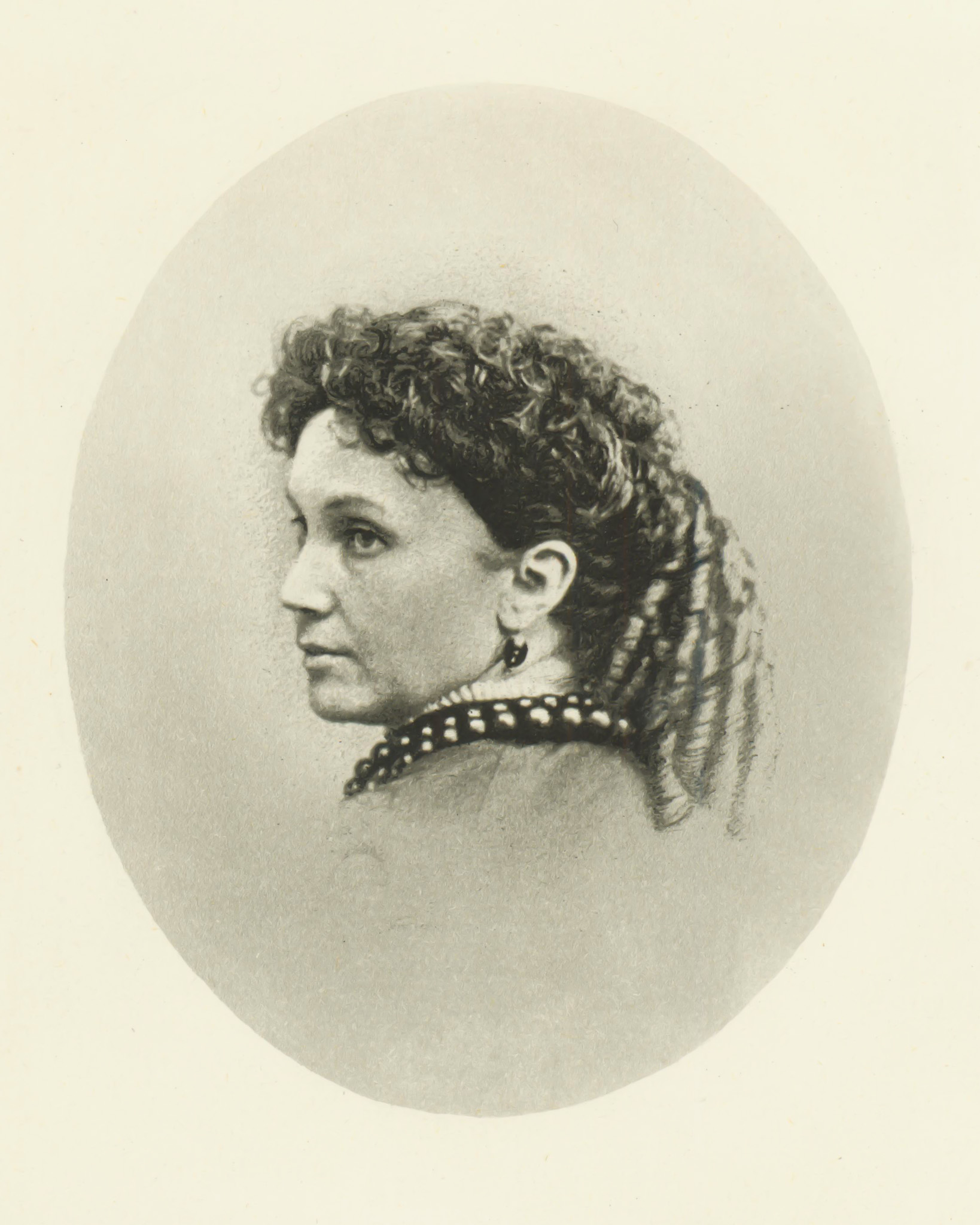 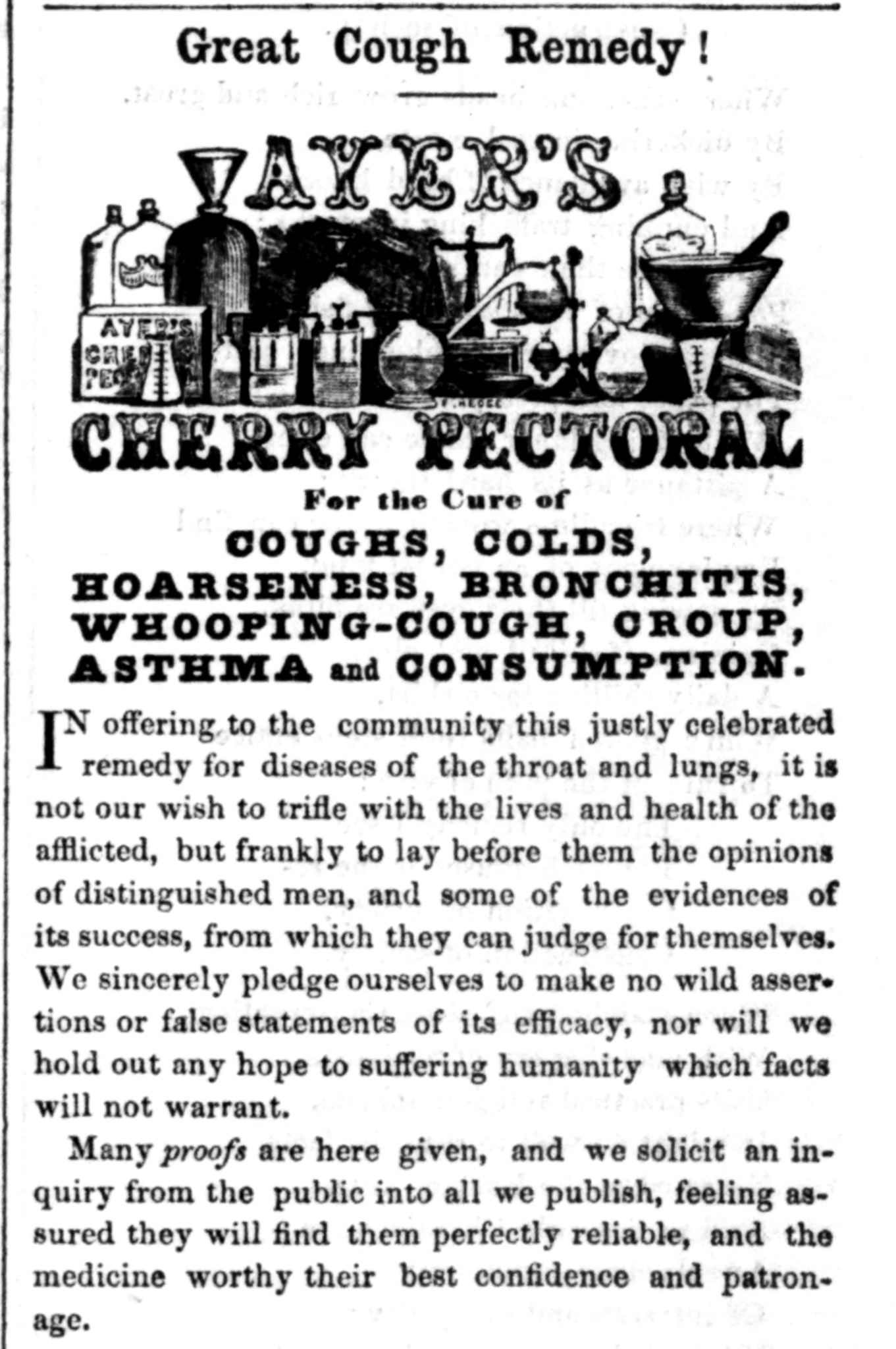 Josephine Mellen Southwick (1827-1898) daughter of Royal Southwick and Direxa Claflin, married James Cook Ayer (1818-1878) in 1850, Lowell. Josephine brought to the marriage her Southwick family's Quaker history and its decades long support of religious freedom and the abolition of slavery in America.

James Cook Ayer never practiced medicine but devoted his attention to pharmaceutical chemistry and the compounding of medicines. He was very successful and opened a factory in Lowell for the manufacture of his patent medicines, which became one of the largest of its kind in the world. He accumulated a fortune estimated at $20,000,000. Much of the company's success was due to an annual $140,000 advertising budget. He was the first to produce colorful trade cards and a yearly almanac with a distribution of 5,000,000 copies in English, French, German, Portuguese, and Spanish.

Josephine’s influence on her husband and his business was described best by her family.

"J.C. Ayer wrote nearly a quarter century after their marriage, 'that great, best gift of God to man a good wife.' But not only in the sphere of his home did she prove herself truly a helpmate. In his business enterprises he found her judgment invaluable. It is his own testimony that after their marriage he never made an investment, nor engaged in a new enterprise, nor reached a decision in any critical matter affecting his business, without first consulting her; and to no course would he commit himself without her approval. So great was his confidence in her judgment, that he made her one of the executors and trustees of his will. From a man of the ordinary range of activities testimony of this sort would not mean much; but when one recalls the extent of Mr. Ayer's business ramifications and the success which he achieved, it becomes very significant.”

She also is remembered in interviews with her son in Josephine Mellen Ayer: A Memoir. Knickerbocker Press, 1900:.

One example of their family commitment to the anti-slavery movement was as major financial supporters and advertisers in The Liberator (1831-1865), an anti-slavery newspaper published in Boston by William Lloyd Garrison.

Added historical note: In 1902, Frederick Fanning Ayer (1851-1924), Josephine’s son, donated $32,000 (today: nearly 1 million) towards the purchase of land for the building of the Lowell Textile School (now University of Massachusetts Lowell). Southwick Hall was named in honor of his grandparents, Royal and Direxa Southwick.