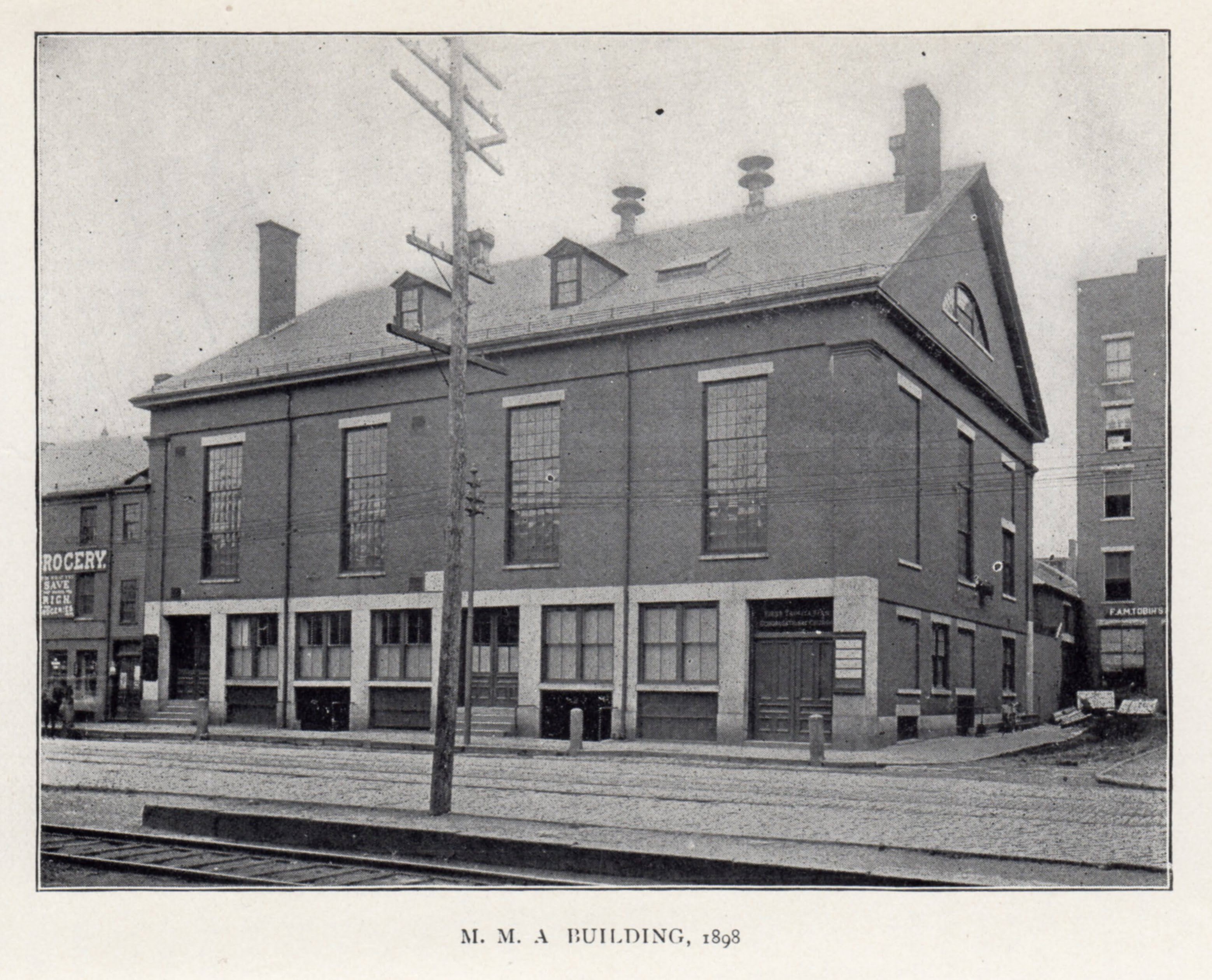 Nathaniel Booth was an enslaved man born on a Virginia Plantation in February 1826. At the age of 17, Booth escaped and sought freedom in the North. Arriving in Lowell, Massachusetts about 1844, he settled and opened a barbershop on the first floor of the Middlesex Mechanics Association Block located on Dutton Street. It was not unusual for black barbers and hairdressers in New England to be active in the abolition and anti-slavery movements. Barbershops were often gathering places for black and white abolitionist, who were organizing efforts to end slavery. Together, they planned fundraising fairs, arranged visiting anti-slavery lectures, and helped freedom seekers.

The Fugitive Slave Act, passed by Congress in 1850, penalized officials in any state who did not arrest freedom seekers, making them subject to a fine of $1,000 (about $30,000 today). Any citizen aiding in these efforts were subject to as much as six months in jail.

Shortly after the Fugitive Slave Act was implemented, "one or two slave catchers" were seen in Lowell.  As a result Nathaniel Booth fled to Canada. Immediately and publicly the local Free Soil Party, lead by Chauncey Knapp, pleaded with Booth to return to Lowell, offering him full protection. One member expressed "a willingness to suffer death rather than let a fugitive slave be caught when it was within his power to prevent it." Shortly after this announcement, Booth returned to Lowell and moved in with the Walker Lewis family of free blacks, living and working in Lowell. They were active in the Massachusetts anti-slavery movement and instrumental in the Local underground railroad.

Nathaniel Booth in the News

From the American Citizen, Lowell, October 2, 1850

“We understand that one or more persons were in the city yesterday for the purpose of capturing Mr. Nathaniel Booth, the barber, who has a shop near the Washing House, a very respectable man, who has been in this city for some years. Mr. Booth was formerly a slave in Virginia. He is now in Montreal and his friends yesterday telegraphed to him that he had better remain there for the present. We hope, however, he will return to the city, for we think there are MEN enough in Lowell who believe in the “higher law,” to protect him against all efforts of the manstealers. In the meanwhile we recommend to all persons, who come to Massachusetts on that business of the account of Haynau’s excursion to the London Brewery.

From the Weekly Journal and Courier, Lowell, April 7, 1851

“We understand that that Mr. Booth, the colored barber, and a fugitive, who went to Canada some time since and returned after a brief sojourn there, is in a fair way of receiving his freedom papers. A day or two since, his owner in Virginia wrote to the Hon. Linus Child, that unless Booth's freedom were purchased, he should be compelled to adopt legal measures for his surrender. He stated that he was worth $1,500 to him, but that, under the circumstances, he would take much less. He was finally induced to say he would relinquish his claim for $700. Accordingly, on Saturday, a paper was drawn up by I.W. Beard, Esq., who heading it up with $25, and about fifty were obtained without taking it out of the entry. We hear that it will be taken round today by some one, and we presume the requisite sum will be obtained in the course of a few days. The subscriptions are payable to Mr. Child, and they will not be called for unless the whole shall be raised. An opportunity is here presented for the exercise of a little practical philanthropy on the part of our abolitionists, which of course, they will not allow to pass unimproved.”

As a free man, Booth continued to live and work in Lowell. In 1855, the Massachusetts Legislature passed the comprehensive Personal Liberty Laws, which practically nullified the Fugitive Slave Act of 1850. The South viewed this action as defying the Federal Constitution and tensions between the North and the South grew.

In the late 1850s, Nathaniel Booth moved to Boston. In 1858, he traveled to Philadelphia where he met Frances (Fanny) LeCount Johnson, a member of a prominent African-American family. They married on August 24, 1858, Philadelphia. In 1859, he returned to Boston with his wife where he operated a barbershop. In 1860, he was living in Boston.  Also residing in his home at this time were Henry Williams (aka Seth Botts), his wife Elizabeth Bell, and their daughter Mary Mildred Williams, who sought freedom from slavery.

In 1864, Nathaniel Booth and his wife Frances along with their three oldest, Boston-born, daughters Ida J. Booth, Mary LeCount Booth, and Ellen Frances Booth, moved back to Philadelphia. There Nathaniel and Fanny had seven more children (Walter Proctor Booth, Bertha Lydia Booth, Nathaniel Booth Jr., Guy Bryan Booth, Blanche Julia Hamilton Booth, Daisy Natalie Booth, and Robert Guernsey Booth). According to Philadelphia City Directories, Nathaniel Booth continued to work as a barber until after 1881, when his occupation was listed as nurse.  He died on December 25, 1901. Their children went on to have productive and creative lives and families living throughout the mid-Atlantic region.

Booth's son Guy Bryan Booth (b: 1872, Philadelphia - d: 1925, Washington, DC) graduated from Howard University and worked for the US Government in Washington, DC. Since there are no known images of Nathaniel Booth, an interesting though experiment is to wonder if Guy Bryan Booth may have resembled his father. 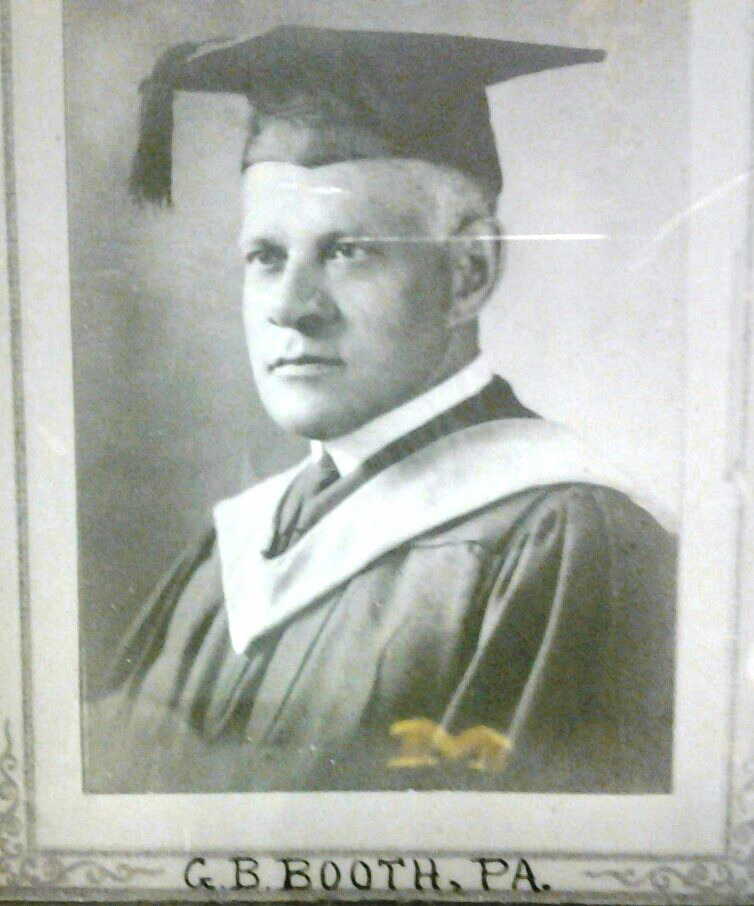