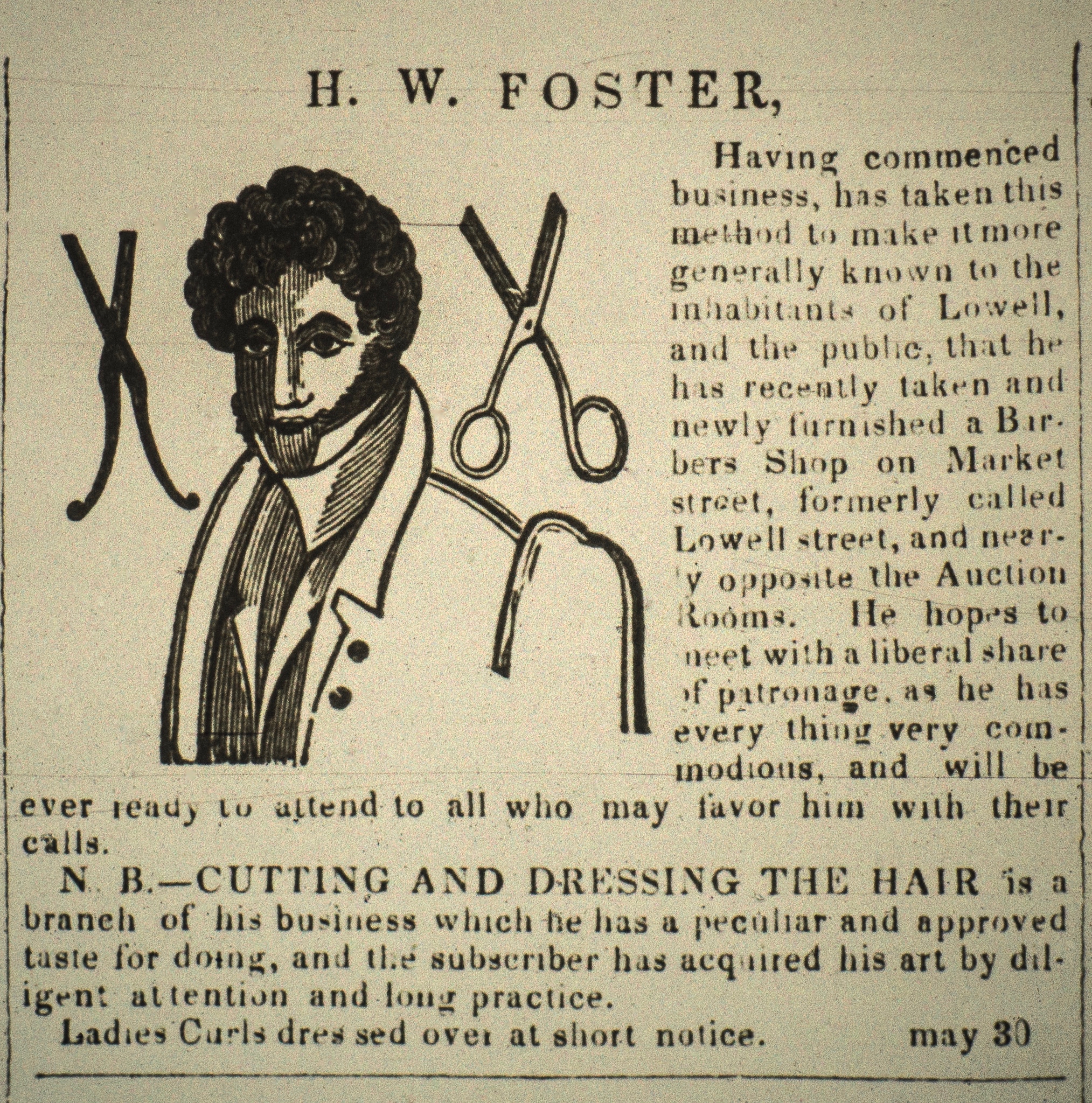 Horatio W. Foster (1816-1860) was born in Boston, Massachusetts, son of Charlotte Williams, an indigenous Ponkapoag woman who was a teacher, and Samuel F. Foster, a black hairdresser. They were active in Boston’s civil rights movement for citizens of color. Samuel Foster died in 1820, after which Charlotte Williams Foster became the first teacher in the primary school for children of color. She married Nicholas Myers in 1835 and shortly after the family moved to Lowell. In Lowell, Horatio Foster became an active member of the Middlesex County Anti-Slavery Society.

“increase a knowledge of the nature and circumstances of Slavery—to ascertain its history—trace its influence on individuals and communities, and examine the different schemes for its abolition by inviting correspondence—by encouraging lectures, and discussions both written and verbal at its meetings, and by promoting the publication and distribution of such original and selected matter as may be considered worthy."

The membership of the society, which included both men and women, represented towns around region.

On November 14, 1839, the Middlesex County Anti-Slavery Society organized a three-day Anti-Slavery Fundraising Fair. Held in the large room on the upper of floor of City Hall (now Old City Hall) on Merrimack Street there were

The proceeds would all be given to the Massachusetts Anti-Slavery Society for their activities. Among the coordinators were Mrs. Catherine Rugg, Mrs. Olivia Fox, and Horatio Foster. Together with other prominent Boston women activists, including abolitionist and author Lydia Maria Child, and abolitionist and organizer Maria Weston Chapman it was said that "when pincushions are periodicals, and needlebooks are tracts, discussion can hardly be stifled, or slavery perpetuated."

Horatio W. Foster married Mary Ann Elizabeth Henry on September 30, 1840 in St. Paul's Episcopal Church, North Providence, Rhode island. Returning to Lowell to work and raise a family, they had 3 girls and 2 boys, four of whom were born in Lowell.  Their last son was born in Providence, Rhode Island.

In the 1840s, anti-slavery organizations in New England were thrown into turmoil by disagreement over aspects of abolitionist leader William Lloyd Garrison's support of women holding an equal role in the meetings, and the position of ending slavery through moral persuasion. Others found it difficult to accept an equal role for women and men, and they also wanted to use political efforts to achieve changes. The result was a split from Garrison’s Massachusetts Anti-Slavery Society and the formation of the Massachusetts Abolition Society.

Conflict over the role of women rocked members of the Middlesex County Anti-Slavery Society. Horatio Foster, an agent and correspondent for both Boston's The Liberator, edited by William Garrison, and Rochester, New York's The North Star, edited by Frederick Douglass, responded. In an attempt to bridge the division, Foster published a letter calling for unity in The North Star. In the 1850s, it became clear that the ballot was the only way to end slavery in the United States.

In the 1830's and 1840's, thousands of Lowell’s Yankee female textile workers provided financial and/or moral support to the cause of abolition and anti-slavery. In 1843 when they were interested in forming a Lowell Female Anti-Slavery Society, Horatio Foster offered his help. He used his connections with Maria Weston Chapman to establish this new anti-slavery organization. Once formed they invited Frederick Douglass, Charles Remond, Abby Kelley Foster, George Latimer, and other speakers to present lectures at the Appleton Street (Congregational) Church, Middlesex Mechanics Hall, and City Hall.

From the 1830s until the early 1850s, Horatio Foster was a very prosperous and successful hairdresser and wig and hair oil manufacturer.  He advertised locally and throughout New England. His Hairdresser and Barber Shop was on Central Street and later Market Street. His home was on Chapel Hill near Gorham Street. An advertisement in 1849 claims he was selling 50,000 bottles of hair oil a year.

In 1851, Horatio Foster moved his family and business to Providence, Rhode Island. In addition to managing his business, Foster continued his anti-slavery activities and worked with Frederick Douglass in establishing an industrial college for young black students.

Horatio W. Foster died in 1860 in Providence, Rhode Island. His correspondence can be found in collections and newspapers around the country including the American Antiquarian Society, the Black Abolitionists Papers, the Boston Public Library, the Concord Public Library, the Library of Congress, and the papers of Maria Weston Chapman, Frederick Douglass, William Lloyd Garrison, and Jeremiah Burke Sanderson.