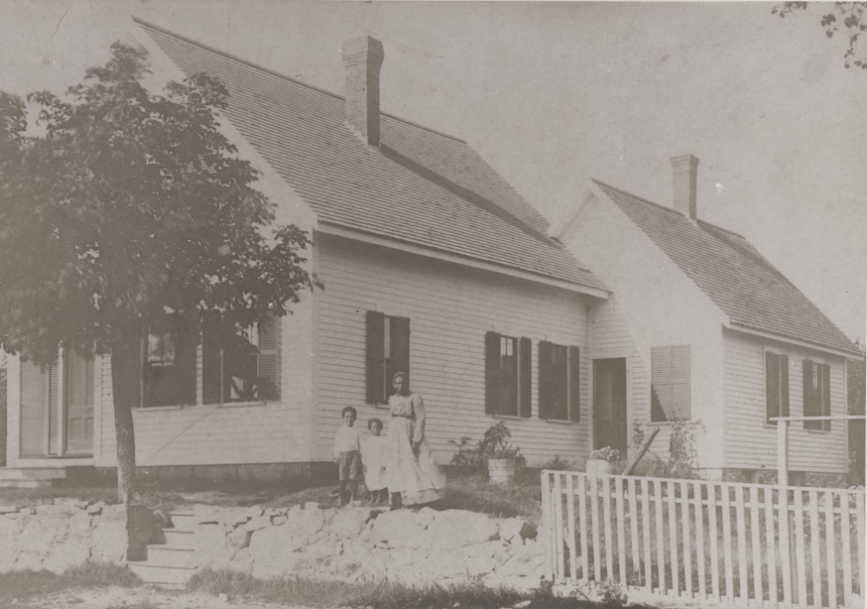 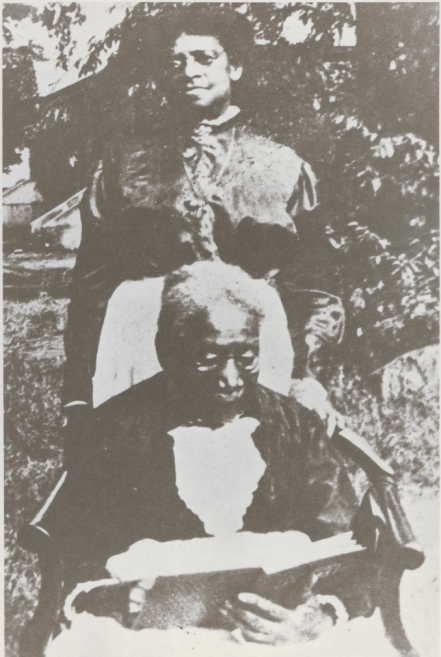 The Lowell Sun published an article and interview about Elizabeth Freeman in February, 1912 titled "Helped the Slaves."  The article text follows in full.

Mrs. Elizabeth H. Lew of 99 Mt. Hope Street will celebrate her 9st birthday anniversary at the home of her daughter at Ayer Junction, next Friday. Although of such an advanced age. Mrs. Lew took the journey from Lowell to Ayer alone last week. In appearance, this exceptionally bright and active old lady is only of middle age.

Mrs. Lew was born in Derry, NH, in 1821, and came to Lowell when only a young woman. Her husband was Adrastus Lew, and she has five children, four sons two of whom live in Lowell. They are the known, dye-house, proprietors, William Augustus and John Henry. She has also a son, Fred Prentiss, who lives in Monroe, Massachusetts, and James Adrastus, Jr. of Cambridge (ed: served as a Cambridge School Committee Member), who are also engaged in the dyeing business. Her daughter, with whom she is now visiting, is Mrs. Mary Hazzard (ed: husband William Wallace Hazzard).

When Mrs. Lew came to Lowell, the locally where she now makes her home, at Mt Hope street, did not look much as it does today (ed: 1912). Speaking of the many changes which have taken place during the past sixty-one years, she said: “My husband built this house where I live, and it was the second one built in this part of the city, the Tabor house opposite being the first. Nearly the whole district was forest, and we had to cut a path through the woods (ed: from Riverside Street) to get to the site of the house. Just at the side of our house, where now other houses stand, we made a small pasture, where the children used to go to catch rabbits, for the whole place was nothing but a wilderness. It has been very interesting to see the place around me grow so rapidly until from a primeval forest, it has become a thickly populated suburb.

“When I first came to Lowell, there were no street cars and when horse cars first made their appearances, they were objects of great curiosity.

“The house where I lives was one of the houses which in slavery times formed one of the underground railway where runaway slaves would come for shelter and protection on their way to Canada. My husband and I have helped many of the escaping slaves to get safely to Canada, giving them rest for the night, food, clothing, and money to help them on their way. Those were terrible times. The next nearest house which was a part of the underground railway system was in Pelham.”

Mrs. Lew is a very interesting old lady, with bright eyes. When the aeroplane sailed over Lowell to Nashua, last September, she could plainly see it in Tyngsboro. She has perfect hearing, does not think anything of a two-mile walk, although like many old ladies, she enjoys ridding in an electric car (ed: street car) or an automobile. She says she intends to keep abreast of the times and enjoy every modern equipage. She is fond of reading and scans the newspaper regularly and she is also a thoughtful Bible student. She is fond of young life, and in her company young people almost forget she is older in years. She does her own room work, waits on herself altogether, even does errand for her children, and is especially fond of sewing, making her own underclothes and sometimes her everyday dresses.

“I never think I am old,” she says “and I enjoy working as much as I ever did. When I can’t work, I shall feel old, I suppose. I believe in exercise, for that is one’s duty. There is no use in being dead before life leaves us. ‘While we live, let us live’ is my motto,”

It is needless to say that Mrs. Lew’s children are very proud of their fine, well-preserved mother, and always strive to make her birthday a day of great pleasure to her. In her daughter’s home at Ayer Junction, Friday, there will be many guests, friends of Mrs. Lew, some of whom will go from Lowell. The day is always anticipated by her with great pleasure, as she is always remembered with gifts and letters from numerous friends from far and near, wishing her many happy returns of the day. For the last 25 years, not a birthday has passed that she did not have a gigantic birthday cake made especially for the occasion, which she herself always cuts and divides among the guests present.