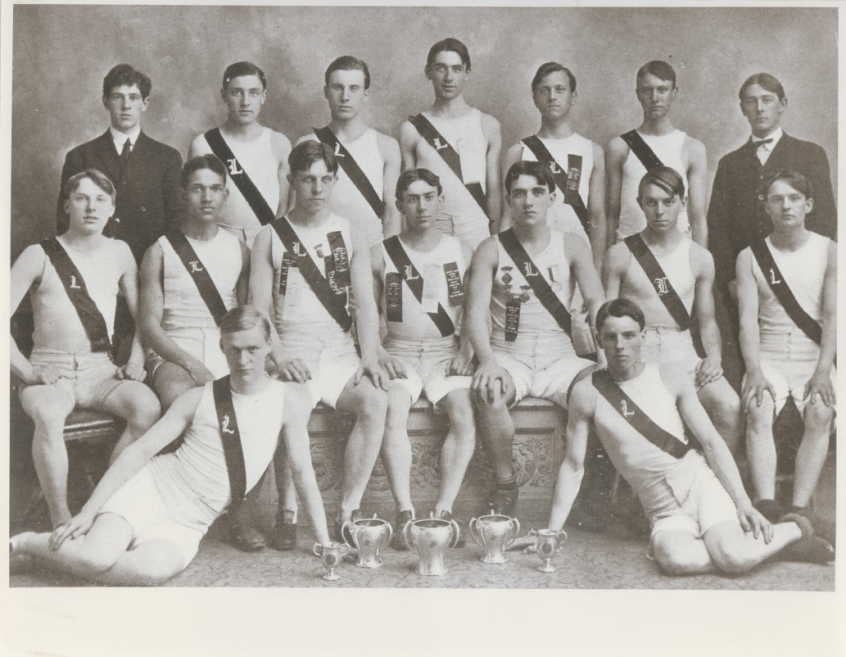 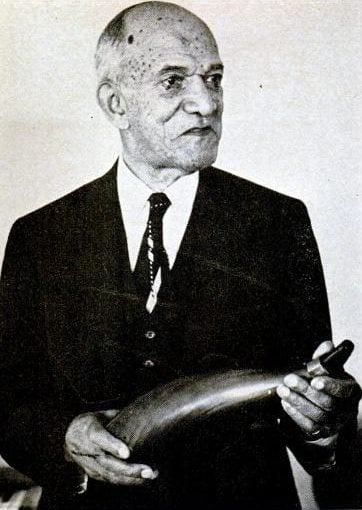 Gerard Nelson Lew (1888-1965) was born in Pawtucketville, son of William Augustus Lew and Isabell Frances Delaney.  He was a member of a prominent black families in Massachusetts, who arrived in Lowell shortly after its founding and were a part of the community for several generations.

Gerard Lew was a sports legend in his years at Lowell High School. A gifted athlete, he was captain of the varsity track team, a member of the varsity football and varsity baseball teams. He was also a talented musician, playing violin in the school quartette. From 1908-1910, he attended Massachusetts State University, Amherst and then spent two summers at Hampton Institute, Virginia.

The Lowell Sunday Telegram wrote about Gerard Lew in June 1913, after he spent two years teaching in southern schools.

“Young Mr. Lew taught for the American Missionary Association in a rural high school in Gloucester County, Virginia for the last two years. Because of the many ideas set forth by the uninformed for the solution of what is called, seemingly for want of a better name, the race problem, he has been interested in studying the influence at work there.

This county is often spoken of as being one in which relations between the two races are the best of any rural community in the United States “ said Mr. Lew, yesterday.

Close observation proves this to be true and naturally we look further for the reasons. Among as many influences at work we find doctors, lawyers, ministers, and the best people of both races working with the idea of mutual helpfulness upper-most.

Educational facilities for the two races, while not equal, are playing their part in giving education which shall fit for life and eventually solve the problem. For only by raising a man to a higher plane is it possible for him to secure a broader conception of life. Of the hundred or more students at the school where I taught, more than 90 per cent were self supporting in every way. Many, especially the young women earned sufficient funds during vacation, in domestic service, to pay all school expenses. The young men, at a dozen and one tasks, were equally successful.

While many of our students were more mature on graduation. It was because of withheld opportunity rather than anything else, and I was led to wonder how many of our students in New England with similar conditions confronting them would be willing to go out and work each summer to pay their own expenses, even while still in grammar school.

It was my good fortune to hear Booker Washington speak to a mixed audience and the substance of his address might be summed up in a few words, ‘Get something, stand for something, help someone, and the other things will care for themselves, and I firmly believe this to be true, regardless of race, color, or creed.”

The next year, Gerard Lew married Carolyn (Carrie) Virginia Gatewood on Christmas Eve, 1914, in Washington, DC. They moved to New Jersey, where Lew worked for the DuPont Powder Company, Carney Point, NJ. Hiring and adjusting for their commissary, they provided summer employment to many black students.

During World War I (1918-1919), Lew was Physical Director for Army Camps in Lee, Virginia and Devens, Massachusetts. At the end of the war, he was the Assistant Executive Secretary for War Camp Community Service, Washington, DC. In this position he worked with discharged soldiers in transition and developed recreational activities.

In the 1920s, Gerard, his wife Carolyn, and their two daughter Frances and Alice, moved to Chicago, where he worked for the US Post Office as an instructor. Here he developed a plan with the Post Office Welfare Organization and the Chicago Settlement House for a Civil Service School for postal workers.

In Chicago, Gerard Lew and Margaret Taylor-Burroughs founded the DuSable Museum in 1961. Lew was the first president of this museum, the oldest in country dedicated to the study and conservation of black history, culture, and art. Among the artifacts on displayed at the DuSable Museum is the powder horn used by his great-great-grandfather Barzillai Lew, a soldier and fifer in the American Revolution.

An obituary for Gerard Lew appeared in 1965.

“Funeral services for Gerard Lew, 78, of Chicago, and formerly of Lowell will be held tomorrow. He died March 19, 1965, following an operation.

He was the last of the Lew family which lived at 88 Mt. Hope Street in Lowell for generations. One of his ancestors reportedly fought in the Battle of Bunker Hill, and the family house was part of the Underground Railroad during days preceding the Civil War. A graduate of Lowell High School in 1906, he was captain in the Boy’s Regiment, and was the brother of the late Harry Lew, widely known local athlete, and the late Teresa Lew, a former teacher at the Bartlett School. He has been living in Chicago for many years and was a retired employee of the Post Office Department and where he had been active in working with Negro youths in recent years.

His survivors include his wife, Mrs. Carrie Lew; and daughter, Alice, both of Chicago.”