Benjamin Butler and "Contrabands of War" 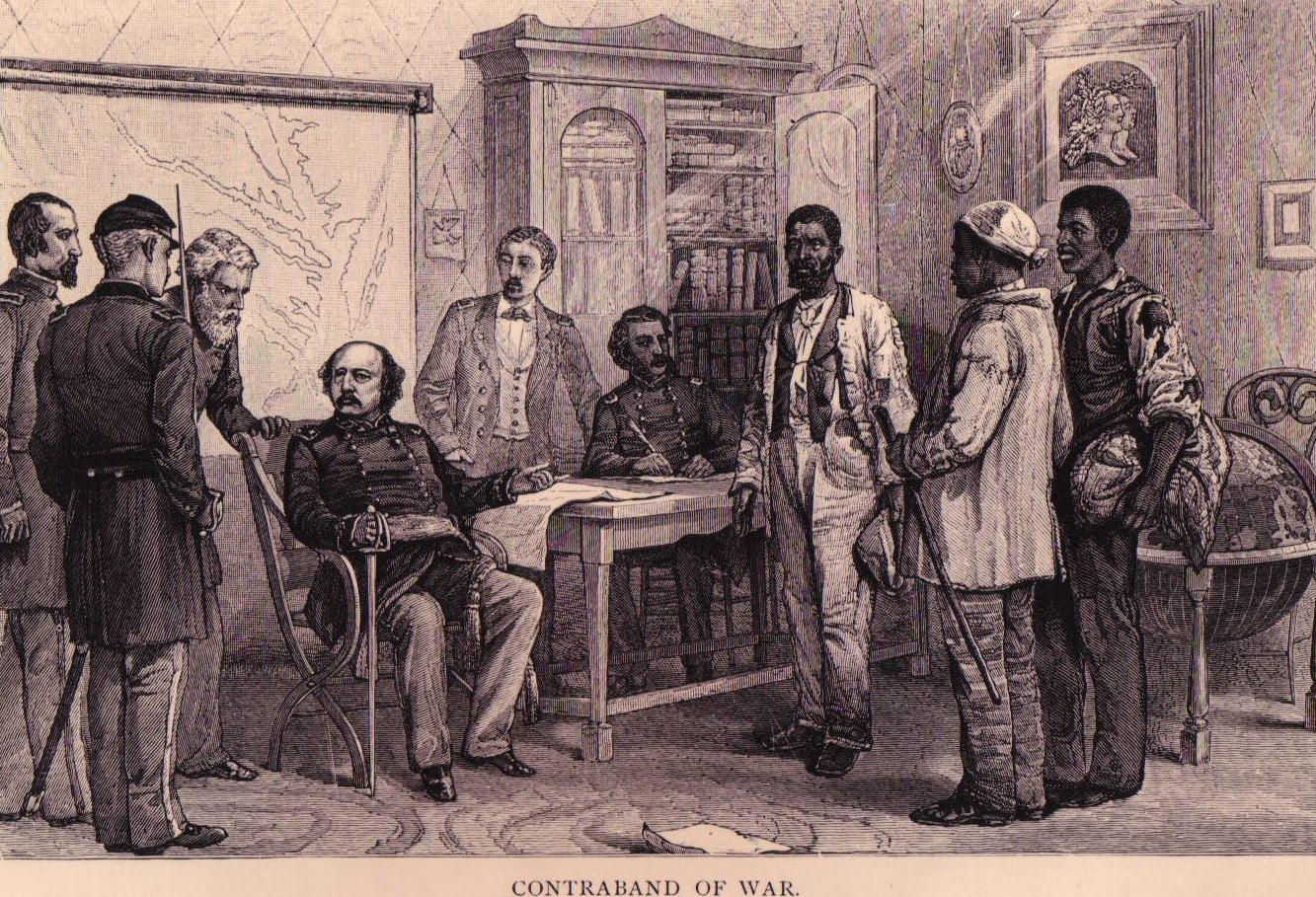 The status enslaved people in Confederate states that succeeded from the Union and engaged in the Civil War became an issue in the summer of 1861. At Fort Monroe in Virginia’s Hampton Roads, Major General Benjamin Franklin Butler, commander, learned that three enslaved men had made their way across Hampton Roads harbor from Confederate-occupied Norfolk County. They presented themselves at Union-held Fort Monroe. General Butler refused to return the freedom seekers to slaveholders who supported the Confederacy, claiming them as "contraband." Butler's actions, resulted in a federal policy instituted on August 6, 1861.

The three enslaved men, Frank Baker, James Townsend, and Sheppard Mallory, had been leased by their masters to the Confederate Army to help construct defense batteries at Sewell’s Point, across the mouth of Hampton Roads from the Union-held Fort Monroe. They left the Confederate encampment at night and rowed a skiff to Old Point Comfort, where they sought asylum at Fort Monroe.

Prior to the War, the owners of the slaves would have been legally entitled to request their return and likely would have done so under the federal 1850 Fugitive Slave Act. But, Virginia had declared by secession that it was no longer part of the United States.

General Benjamin F. Butler, educated as a lawyer, took the position that, if Virginia considered itself a foreign power to the United States, then he was under no obligation to return the three men. He would hold them as "contraband of war." When Confederate Major John B. Cary requested their return, Butler refused the request.

On September 25, 1861, the Secretary of the Navy, Gideon Welles issued a directive to give "persons of color, commonly known as contrabands," in the employment of the Union Navy pay at the rate of $10 per month and a full day's ration. Three weeks later, the Union Army followed suit, paying male "contrabands" at Fort Monroe $8 a month, and females $4.

The word spread quickly among southeastern Virginia's enslaved communities. While becoming a contraband did not mean full freedom, many enslaved people considered it a step in that direction. The day after Butler's decision, many more found their way to Fort Monroe and appealed to become contraband.

By the end of the war in April 1865, less than four years later, an estimated 10,000 enslaved people had applied to gain contraband status from Union forces across the South.

In 1863, President Abraham Lincoln’s Emancipation Proclamation freed contraband and enslaved people in the Southern states that had succeeded from the Union. Full emancipation for all enslaved people, including border states, did not take place until the Thirteenth Amendment to the United States abolishing slavery was ratified in late 1865.