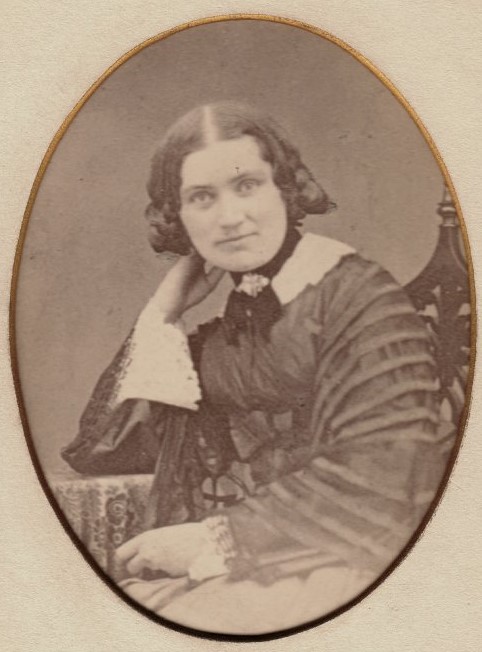 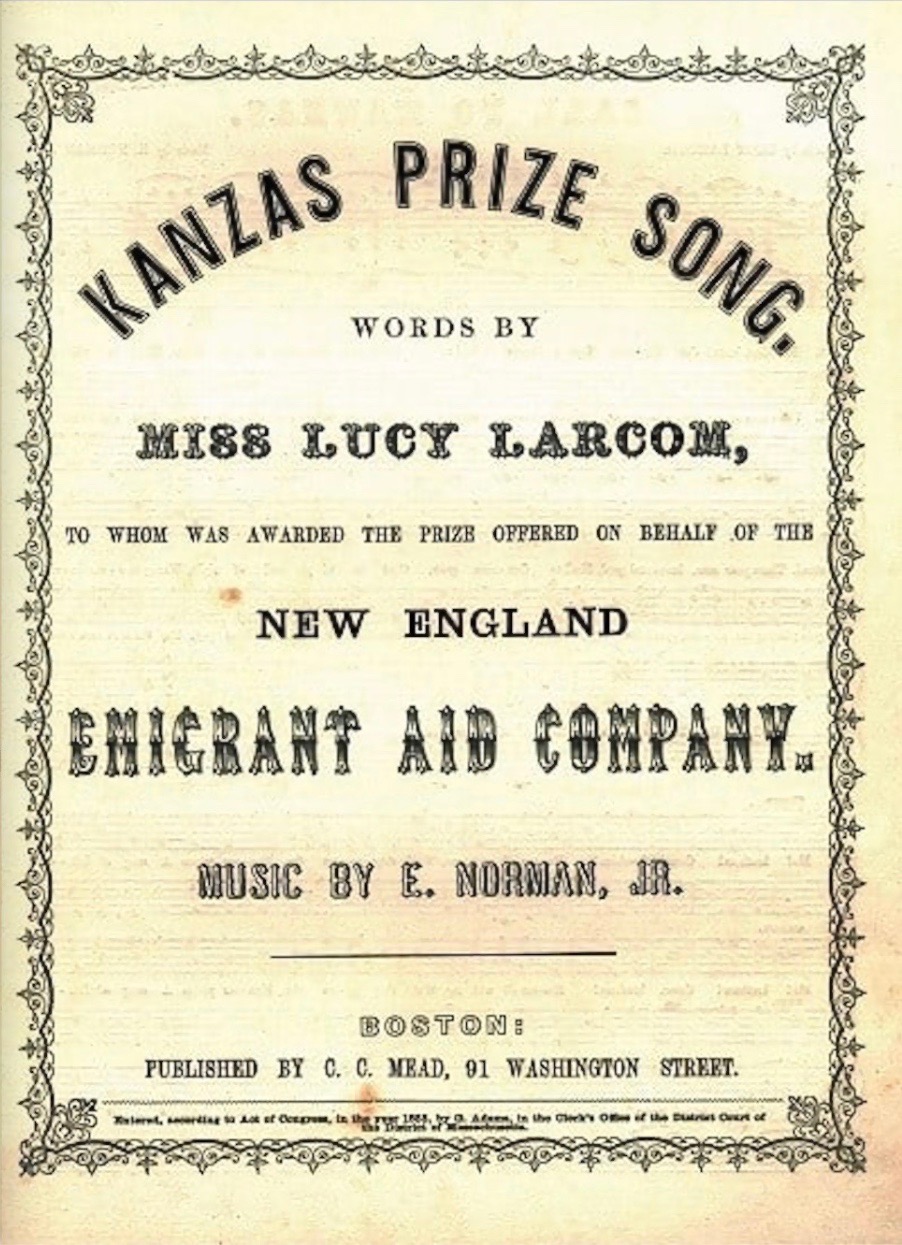 After her father's death when she was eight years old, Larcom’s mother found work as a boardinghouse keeper for the Lawrence Manufacturing Company and moved with her children to Lowell. Here, beginning at the age of eleven, Lucy Larcom worked as a bobbin girl during the summers, when not in school. After she finished school, Larcom left Lowell became a teacher and a well-known poet and author.

Encouraged by her friend, John Greenleaf Whittier, in 1855, Lucy Larcom entered and won a fifty-dollar gold piece as a first prize from the New England Emigrant Aid Society for her anti-slavery poem, “Call to Kansas.” Set to the tune of Stephen Foster’s “Nelly Bly.”

Among the financial supporters of the New England Emigrant Aid Company were local textile investors Amos Lawrence, John Lowell, and John Nesmith. Their goal was to have Kansas enter the United States as a Free State.

A Call To Kansas! by Lucy Larcom

We will make the wilderness

Bring the sickle, speed the plow,

Freedom is the noblest pay

For the true man’s toil.

Hasten all with me;

We’ll sing upon the Kansas plains

A song of liberty.

Fixed in truth, shall stand.

There your sons, brave and good,

Shall to freemen grow,

Clad in triple mail of right,

Hasten all with me;

We’ll sing upon the Kansas plains

A song of liberty!

In the waiting West;

Bring the seeds of love and peace,

You who sow them best.

The poem was printed on broadsides and cotton cloth handkerchiefs and handed out to abolitionists and anti-slavery supporters at Free Soiler rallies, encouraging women, men, and families from Lowell and throughout the Northeast to answer the “Call to Kansas.” Thousands responded.  They moved to Kansas and voted for Kansas to enter the United States as a Free State. To much joy and excitement, on January 29, 1861, Kansas became the 34th state of the Union, and was admitted as a free state.