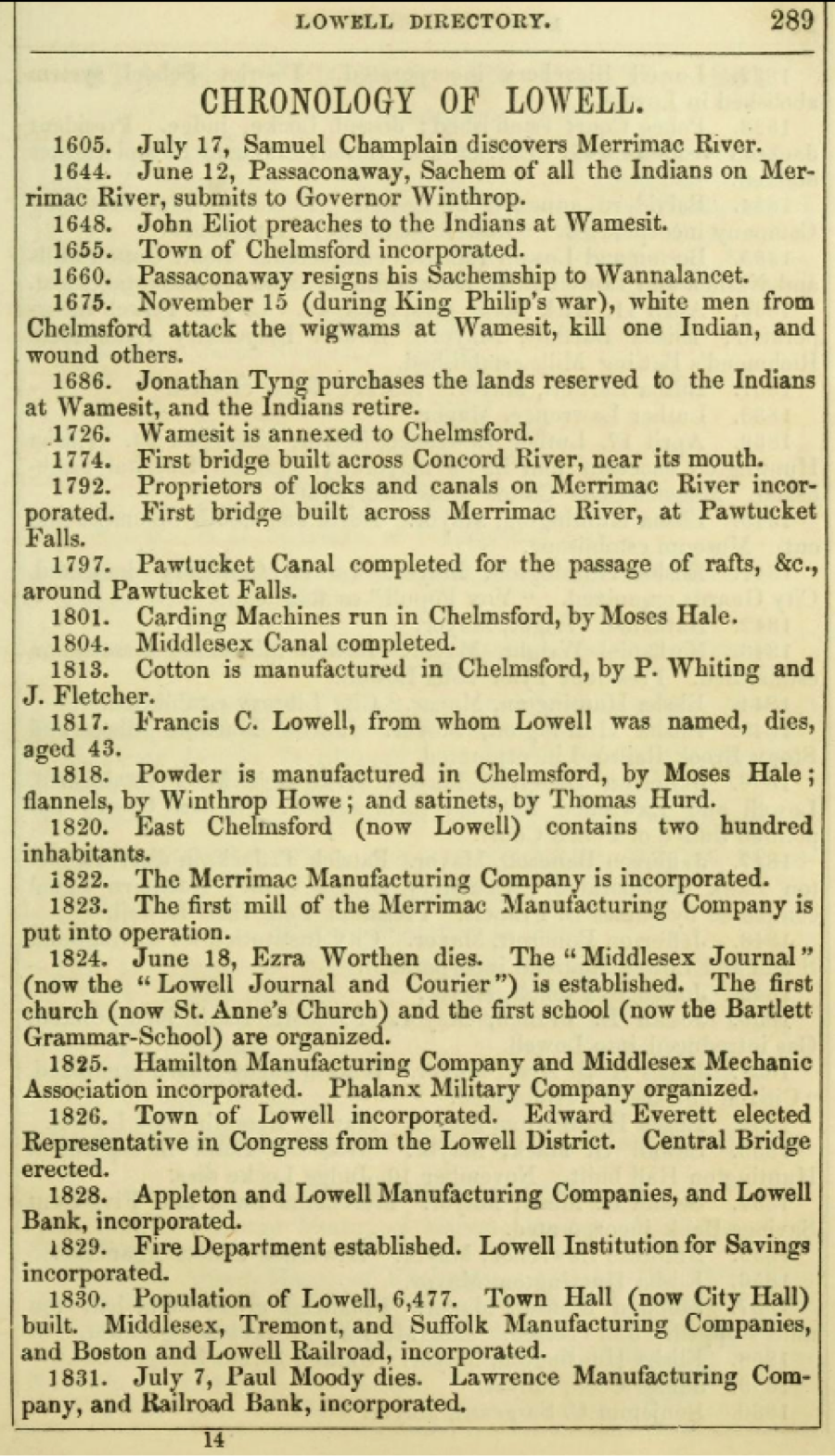 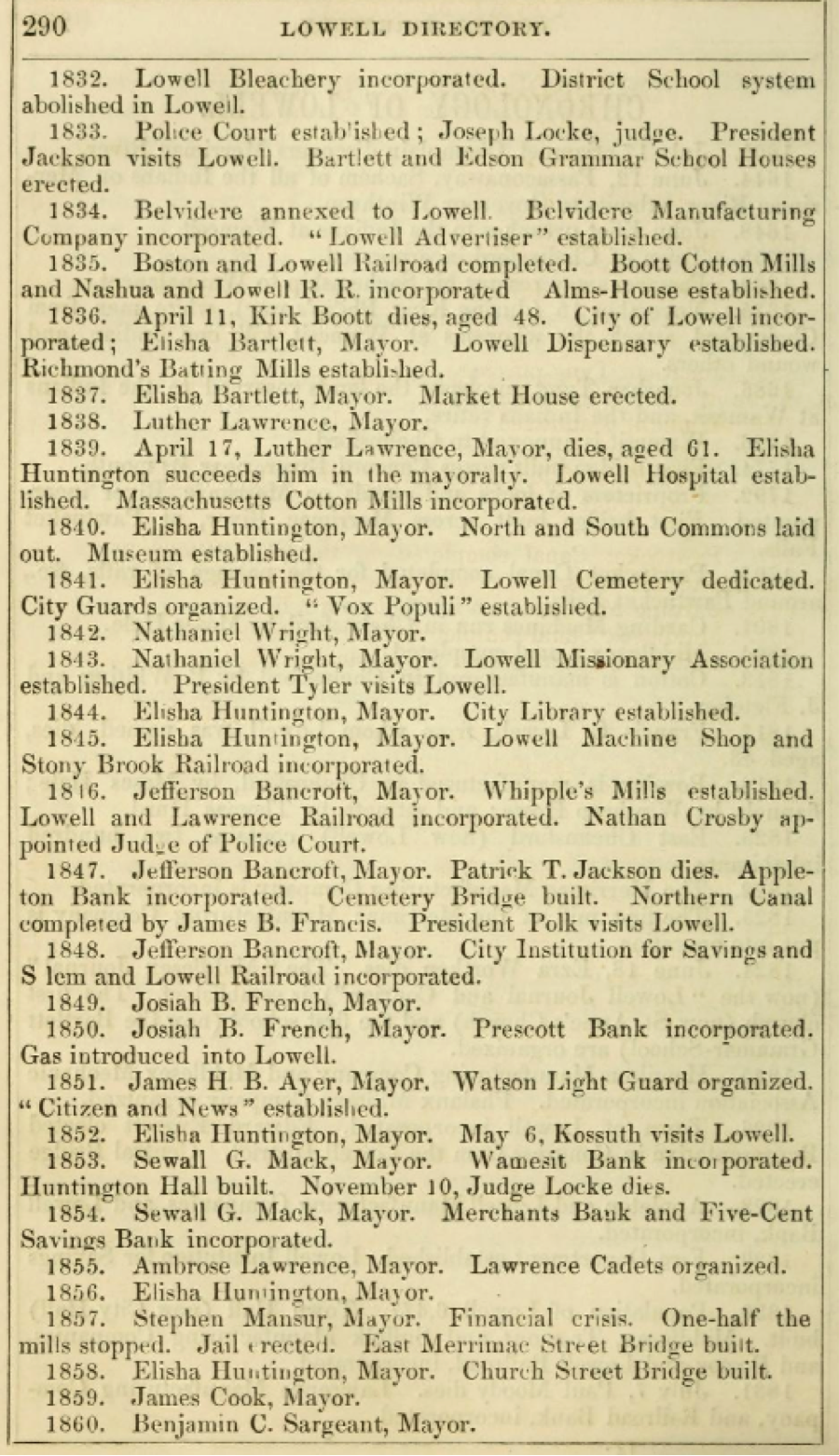 These Irishmen and local men begin reconstruction on Pawtucket Canal

The Town of Lowell is incorporated on March 1. The population is approximately 2,300 to 2,500

The City of Lowell is incorporated on April 1. The population is 17,663 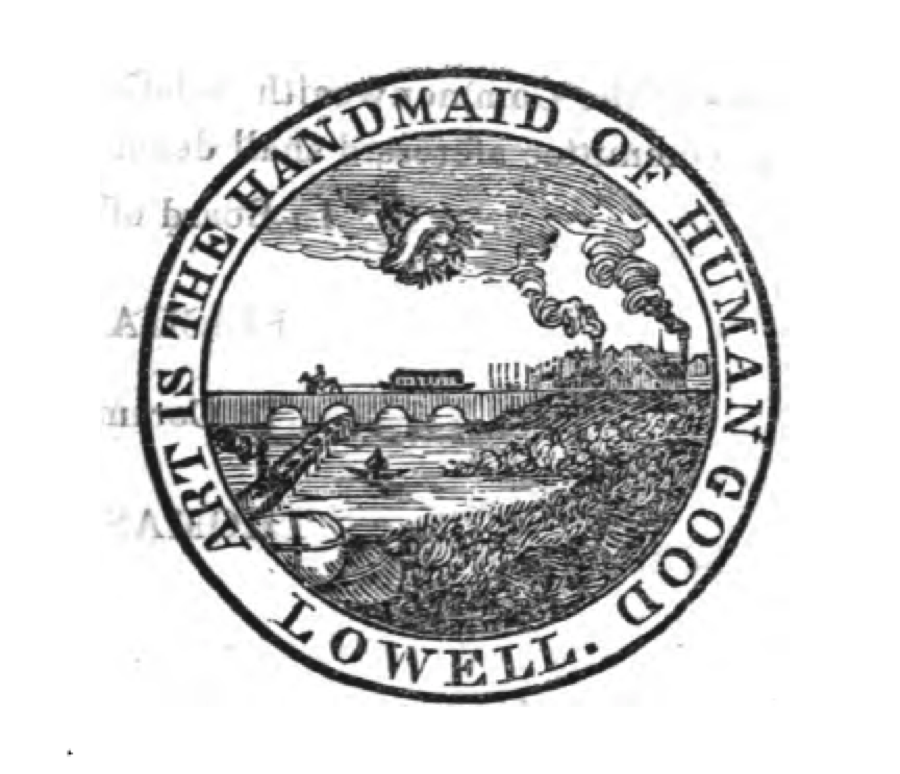 In 1836, the population of Lowell was 17,633. During the year the Boott Mills were started, and a city charter was adopted. Elisha Bartlett was Mayor.

James B. Francis becomes Chief Engineer of the Proprietors of Locks and Canals

Market House is built (Market St. was called Lowell St. before the Market House was built)

The Nashua and Lowell Railroad opened for travel

April 17, Mayor Luther Lawrence dies from a fall into a factory’s wheel pit

1840    North Commons and South Commons were laid out

The Massachusetts Mills were established

First issue of the Lowell Offering is published.

1843    Hugh Cummiskey, Irish immigrant, is elected to the Common Council

The Missionary Association (Ministry-at-Large) is formed

1845    Proprietors of Locks & Canals is reorganized

The Lowell and Lawrence Railroad was incorporated.

The Appleton Bank is incorporated

1848    The Salem and Lowell Railroad is incorporated, and was opened for travel two years later

1849    Battle of Suffolk Bridge - fighting between Irish from Cork and Connaught with those from northern Irish counties.

The Lynde Hill Reservoir of Locks And Canals, is constructed in Belvidere

1850    Annual production of 50,000 miles of cloth makes Lowell the largest industrial center in the US.

Population of 33,000 is second largest in Massachusetts.

1851    Centralville, previously a part of Dracut, was included within Lowell

The Daily News is published

First big flood after Great Gate, which was completed in 1850. The Great Gate was dropped to save the city.

1854    Know Nothing Party candidate, Ambrose Lawrence, is elected mayor on an anti-foreigner ticket

The Daily Citizen is published 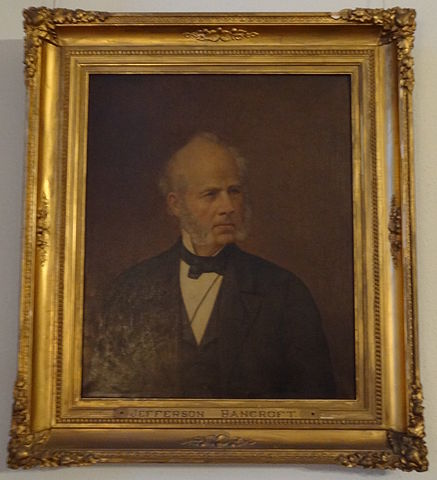 Chapter XIV. The Mayors of the City of Lowell. 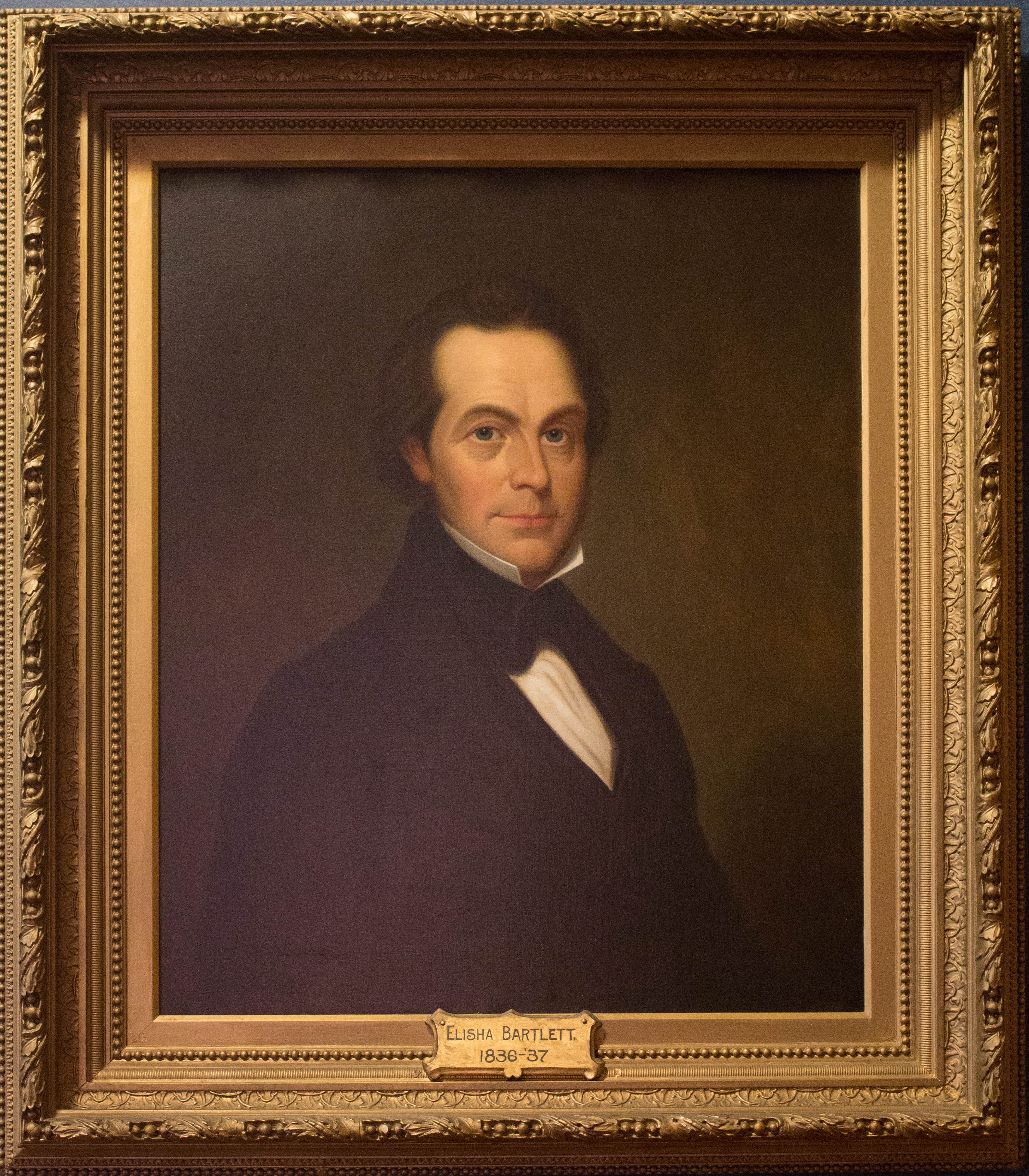 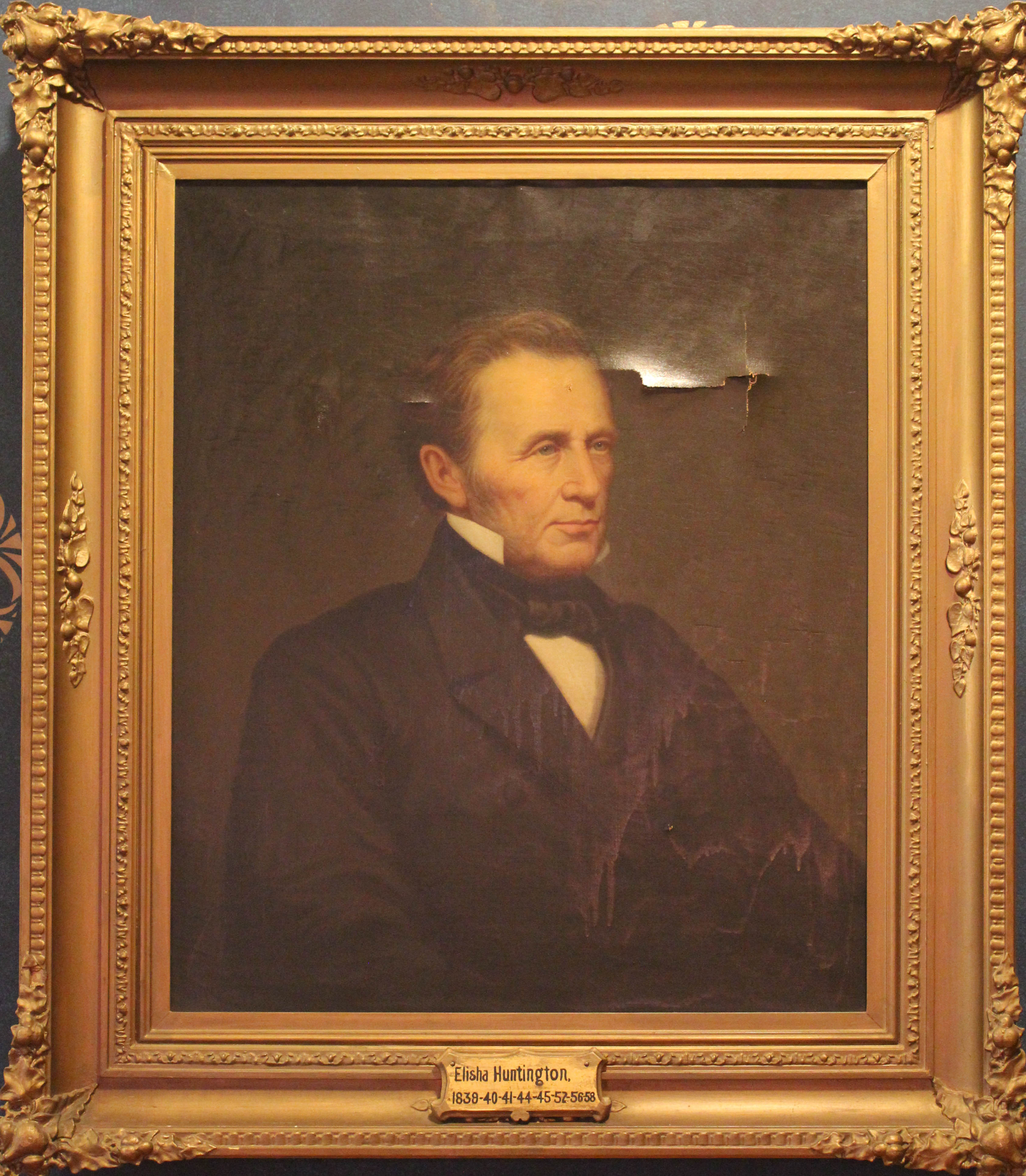 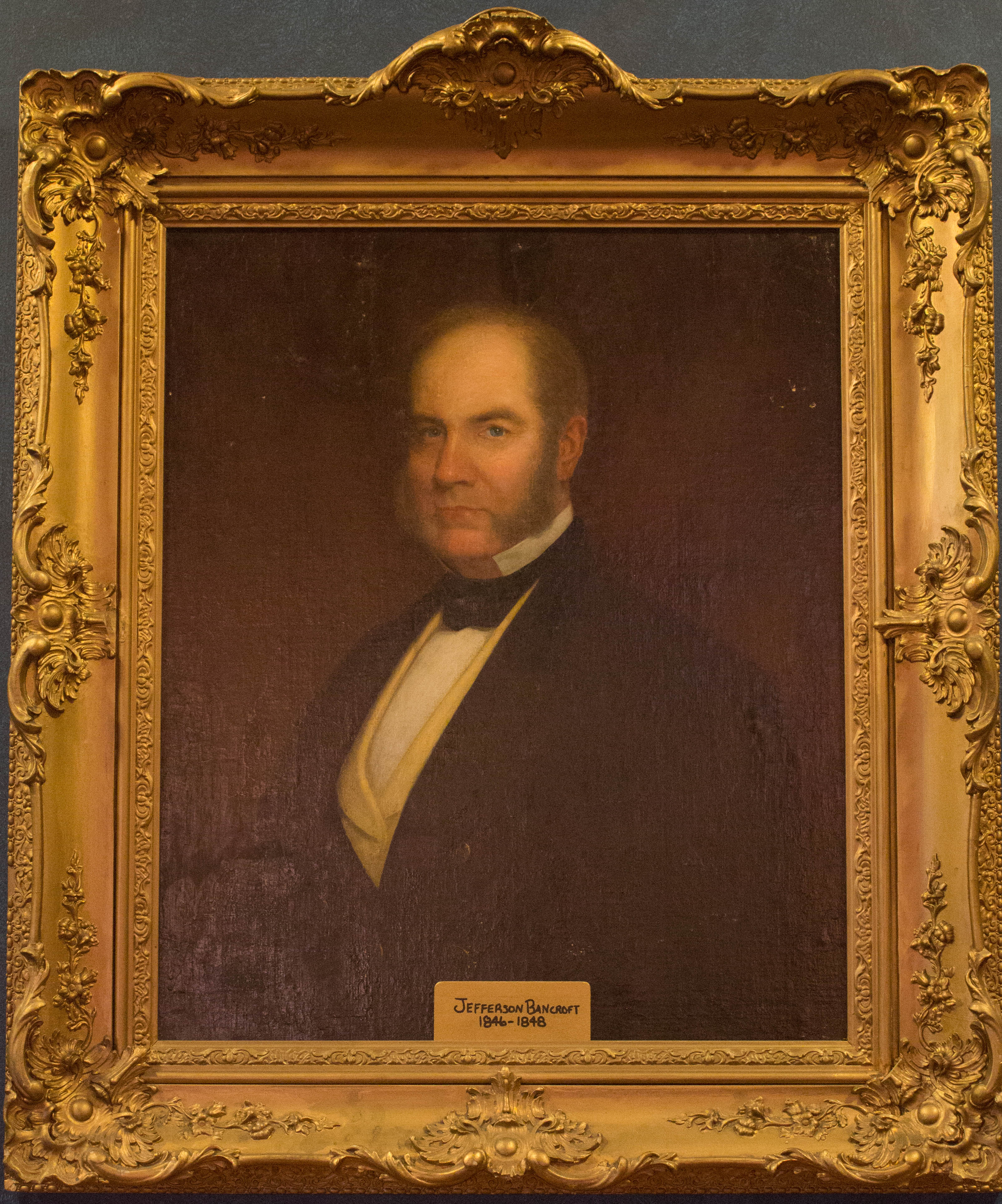 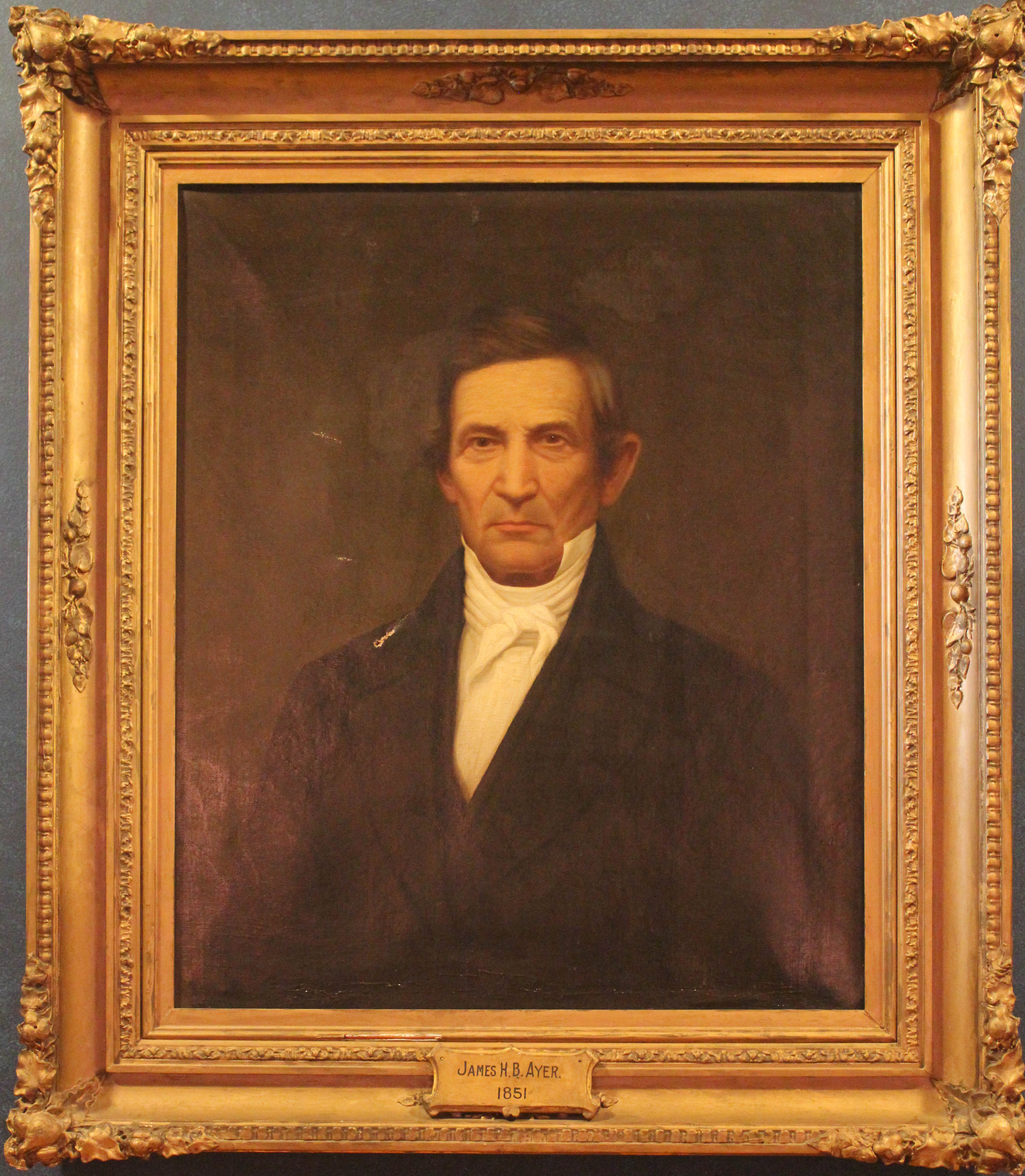 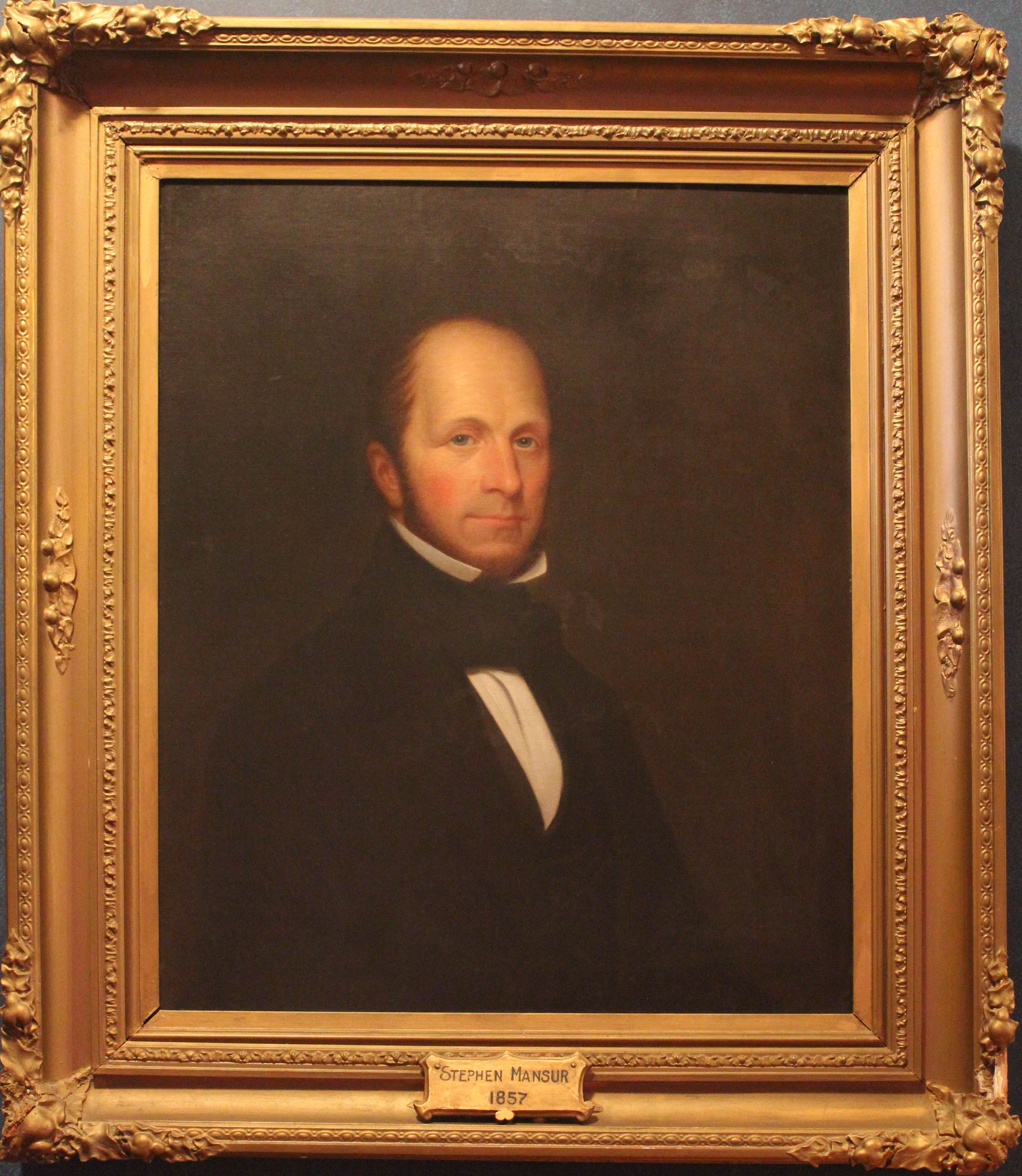