The Trial of Mrs. Hannah Kinney 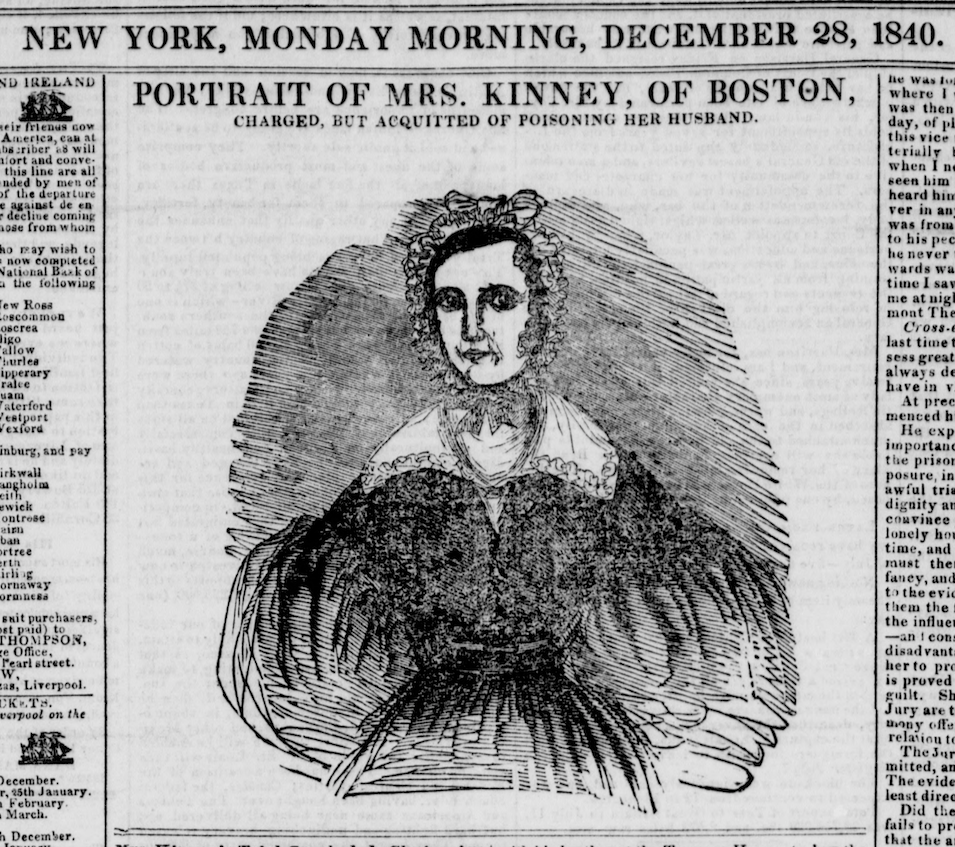 Books and other written works

Ward, Hannah, and their two children move from Portland to Dover, Maine

June 4
Rev. Enoch W. Freeman is installed as Pastor of the First Baptist Church in Lowell 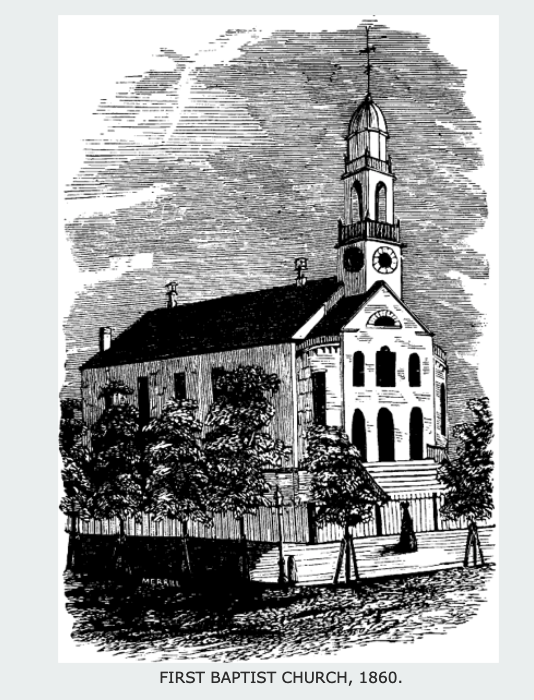 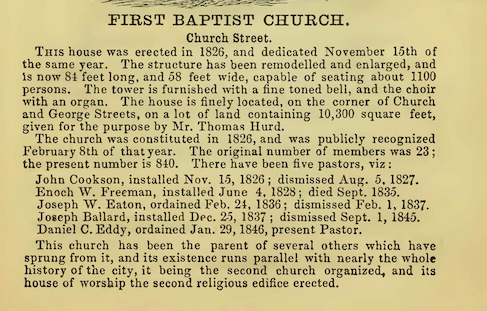 Rev. Enoch W. Freeman chosen for School Committee at a Town Meeting in March (also chosen in 1830 and 1831)

Rev. Freeman edits "A Selection of Hymns: including a few originals, designed to aid the friends of Zion in their private and social worship," which includes seven hymns that he has written.

July
Hannah visits Lowell with George T. Kinney
Her brother tells her that her cousin, Reverend Enoch W. Freeman is there
She insists on seeing him

Enoch and Hannah board at Mrs. Charlotte Butler's boarding house on Charles Street
Mrs. Butler was a widow and the mother of Benjamin F. Butler 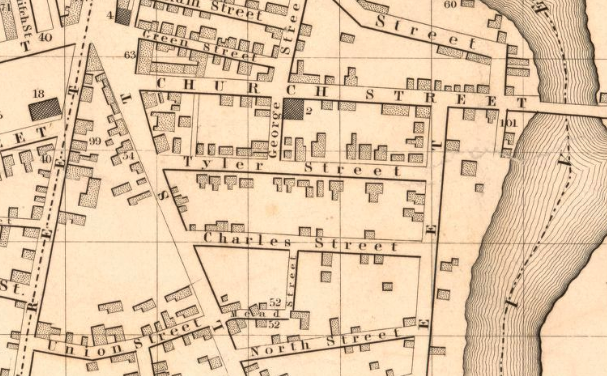 Detail of 1840 map of Lowell
The First Baptist Church is #2 on the corner of Church and George Streets
Mrs. Butler's is on Charles Street, not identified

March
Rev. Freeman delivers a lecture before the Lowell Moral Lyceum - Social morality; or, The proper and improper use of the tongue, which is also published
Death of Rev. Freeman’s father in Maine during a visit from Enoch and Hannah

September 22
Death of Enoch W. Freeman
There is some suspicions of poisoning, but the examination seems to have stopped and the death was listed as cholera morbus 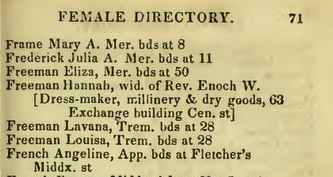 The case is heard before a Police Court, Coroner's Jury, and Grand Jury

c. August 17
Rev. Freeman's body in exhumed and examined in Lowell (the findings are not presented at the December trial)

Hannah was held in prison for four months awaiting trial

Books and other written works 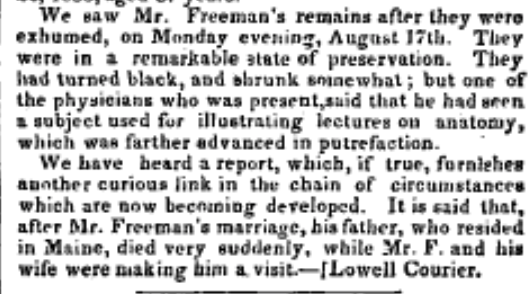 Boston Semi-weekly Advertiser - September 2, 1840
(the findings were not presented at the December trial) 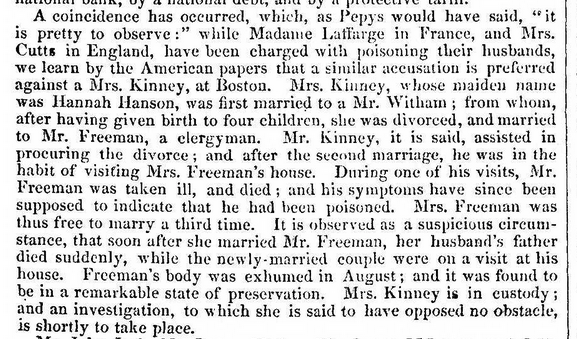 Please note: The information including family members on the findagrave.com webpages contain inaccuracies an omissions and should not be used without verifications from primary sources and other documents.

The Rev. Enoch W. Freeman was interred at the Lowell Cemetery in the Baptist Society Lot #’s 57-58-59 on Washington Avenue on May 9, 1871. The lot card indicates that he was a removal from another cemetery. His removal was not recorded by the City. 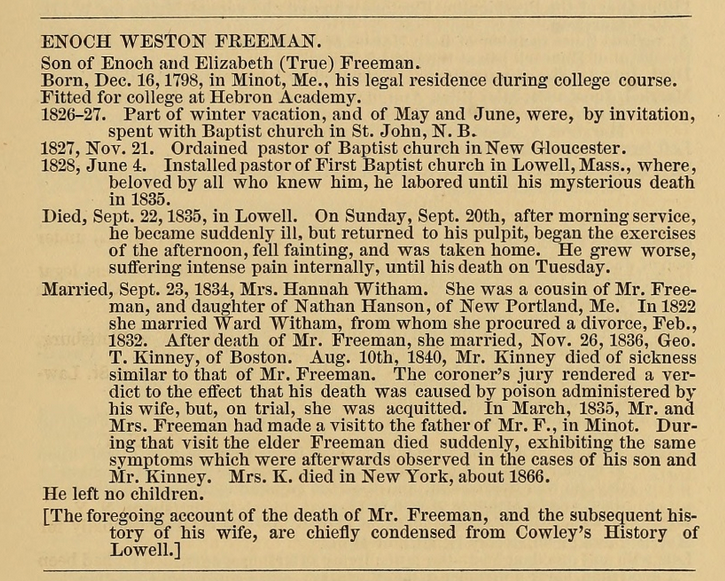 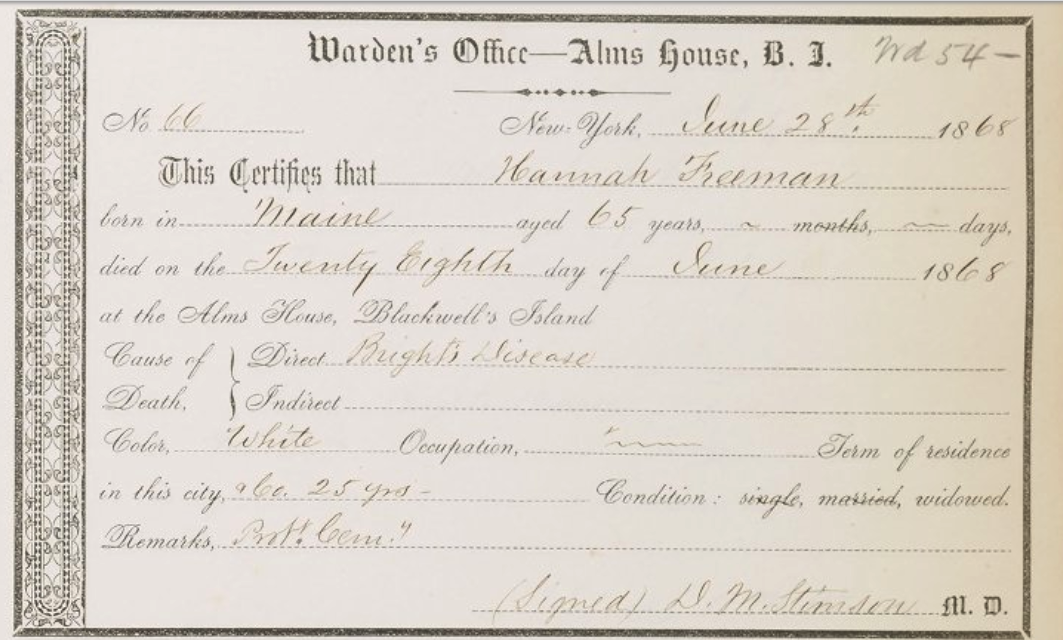 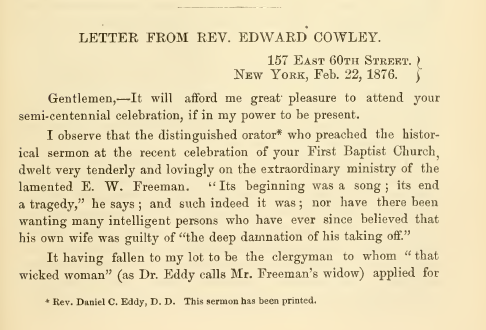 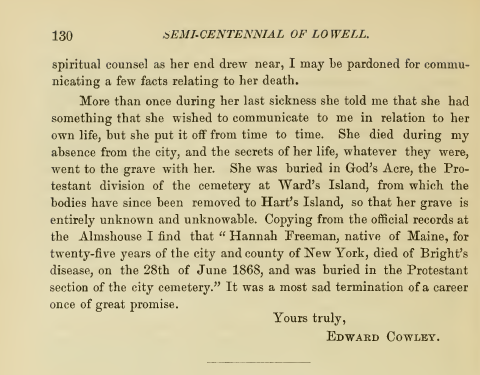 From Proceedings in the city of Lowell at the semi-centennial celebration of the incorporation of the town of Lowell, March 1st, 1876 (pages 129 - 130) 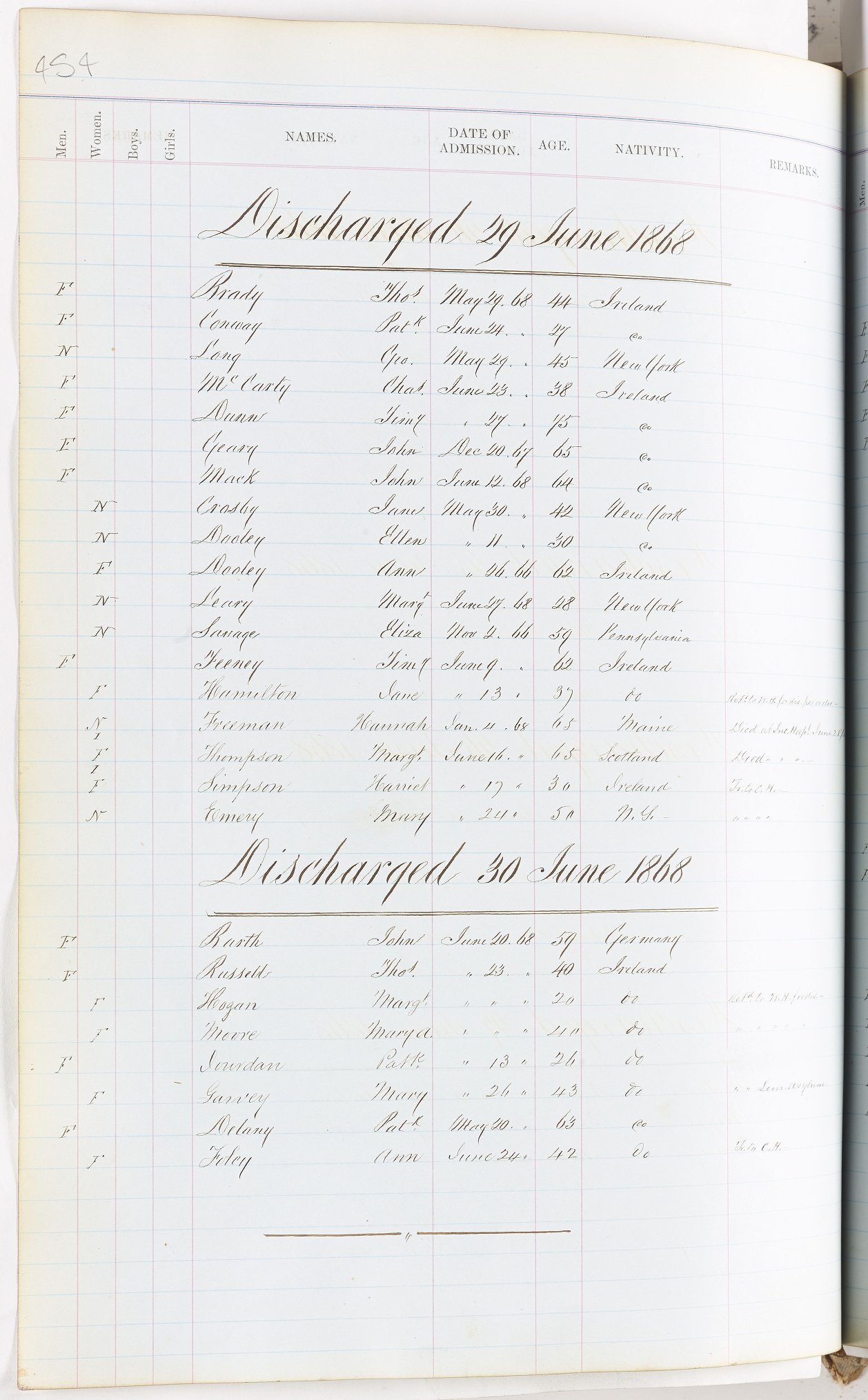 Detail of page above