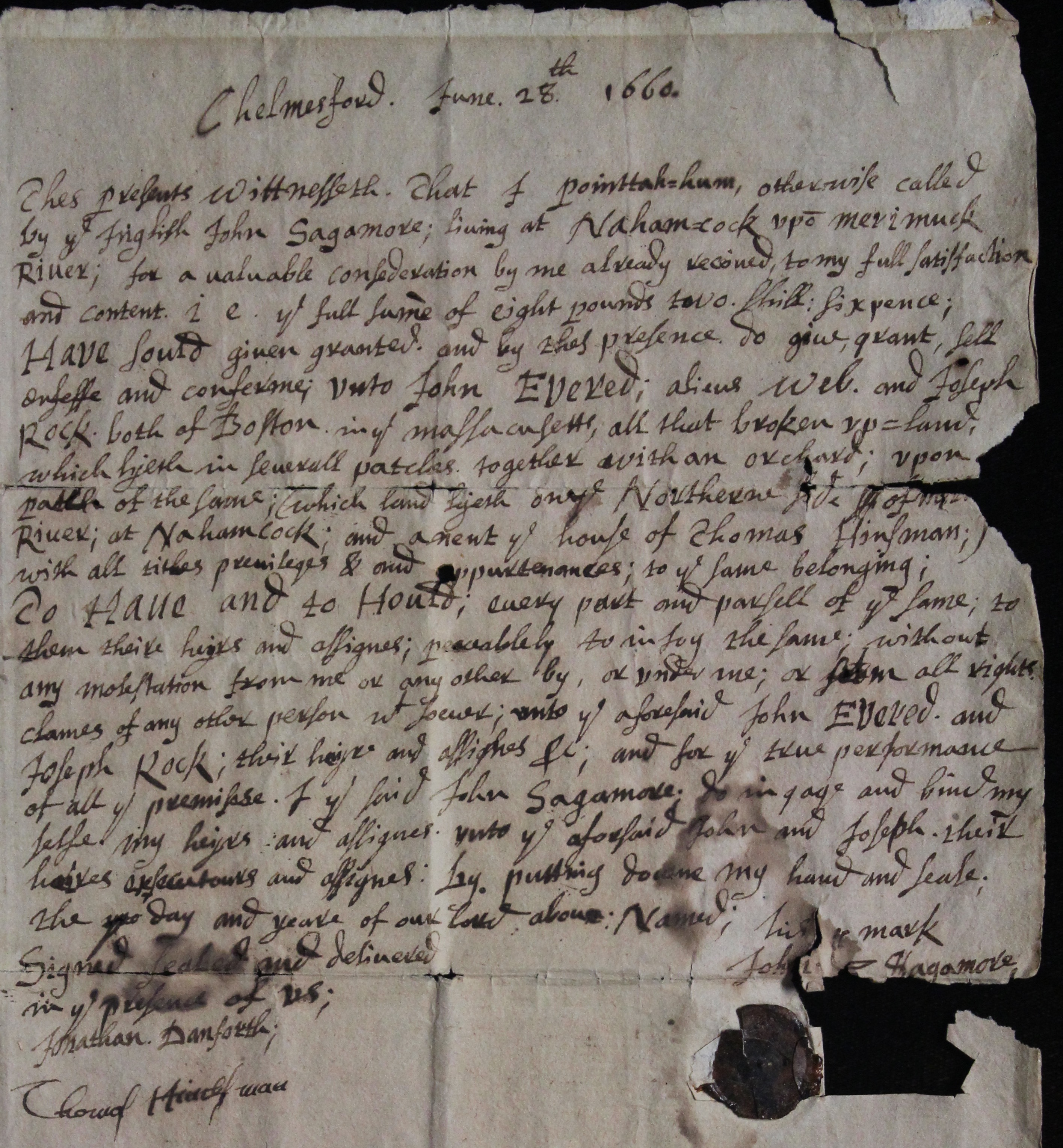 The following is from Chelmsford Tercentanery Edition; The Chelmsford Newsweekly, 1955 -

Removal of some old panelling during recent renovations at the State Teachers College at Lowell revealed a long lost original document of great local historical significance. It is the original Indian deed to the northern part of Lowell, all of the land once included in the farms of Samuel Varnum and Edward Colburn. In all probability it includes the land upon which are built the Lowell General Hospital and the Lowell Technological Institute. The deed is 295 years old and was negotiated only five years after the first settlers arrived in the Merrimack Valley.

How the document landed behind the panelling is a mystery. No one seems to know where it came from, who was the original owner, or by whom it was loaned or donated to the college. President O’Leary, of the Teachers College, would be interested to hear from anyone who has any information on the origin and history of the document.

It reads, with the spelling modernized except for proper names, as follows:

These presents witnesseth that, I, Pointtahahum, other­wise called by the English, John Sagamore, living at Nahamcock upon Merrimack River; for a valuable consideration by me already received to my full satisfaction and content i.e. the full sum of eight pounds, two shillings, sixpence; have sold, given and confirm unto John Evered; alias Web and Joseph Rock, both of Boston in the Massachusetts, all that broken-up land which lieth in general patches, together with an orchard, upon one part of the same (which land lieth on the northern side of Merrimack River, at Nahamcock, and anext the house of Thomas Hinchman) with all titles, privileges and appurtenances to the same belongings: TO HAVE AND TO HOLD every part and parcel of the same, to them their heirs and assigns, peaceably to enjoy the same without any molestation from me or any other by or under me, or from all right claims of any other person whatsoever; unto the aforesaid John Evered and Joseph Rock, their heirs and assigns, etc. and for the true performance of all these promises, I, the said John Sagamore, do engage and bind myself, my heirs and assigns unto the aforesaid John and Joseph, their heirs, executors and assigns, by putting down my hand and seal, the day and year of our Lord above named

Signed sealed and delivered in the presence of us
Jonathan Danforth

Since the foregoing was written by President O'Leary, certain other information has come to light which is here combined with a few facts about John Webb and the subsequent owners of this land.

John Webb came to this country from England in April, 1635, and was made a freeman

in 1636. After Anne Hutchinson was banished from the colony because of her religious beliefs (1638). he purchased the land belonging to her family in Boston--later the location of the Old Corner 6ook Store at the corner of Washington and School Streets. About 1661, apparently retiring from his life as a Boston merchant, Webb came to Chelmsford and was the first settler to live across the Merrimack River. For three years after 1663, he represented Chelmsford at the General Court in Boston; in 1664, he was authorized to perform marriages in town. In 1665, however, he was forced to give up his seat in the General Court, his military commission and his vote as a freeman, and to give a £100 bond for his future good behavior--all this because of being convicted of improper conduct in a Boston tavern.

In 1666, part of the sentence was remitted because “Mr. John Evered alias Webb hath payd his fine, and carried it humbly and submissively, and under a due sence of his sinne”' Three years later, Webb sold part of his land to Richard Shatswell and Samuel Varnum of Ipswich. In 1668, Mr. Webb died (we are told) while whale-fishing, and his widow sold the estate to John Fairweather. In 1671, Thomas Hinchman sold the Shatswell portion of the land which he bought of Webb earlier, to Edward Coburn. Coburn and Varnum, both from Ipswich, were thus the first actual settlers to follow Webb, and the newly­discovered deed referred to above is the first transfer of land to Webb of this land which was afterward included in the Coburn and Varnum farms. Webb was the first to use the name Dracut--a local name (Draycote) of his native Wiltshire in England--for this vicinity. Edward Coburn, Jr. was killed by the Indians in Brookfield, July 14, 1675; he was the son of the first Edward Coburn.

The presence of the old deed at the State Teachers' College is partly explained by word from Miss Mabel Hill of Billerica, a former teacher at the Normal School, who says that it was a part of a historical exhibition held there many years ago, and that it belonged to the Palmer family of Lowell.

“'This document was given to me by my mother, the late Rowena Hildreth Palmer. Her mother was a Coburn and we were both lineal descendants of Joseph Bradley Varnum, member of Congress at the time of the Declaration of War against England, 1812-15.” It was at first thought, he continues, that the document was destroyed when the family home in Lowell was burned (1923) but Mrs. Palmer later recalled having loaned it and so it was preserved---to come to light over 30 years later. Col. Palmer described the framed document minutely and undoubtedly it will eventually be returned to him although it is at present considered State property be­cause it was found in a State-­owned building. 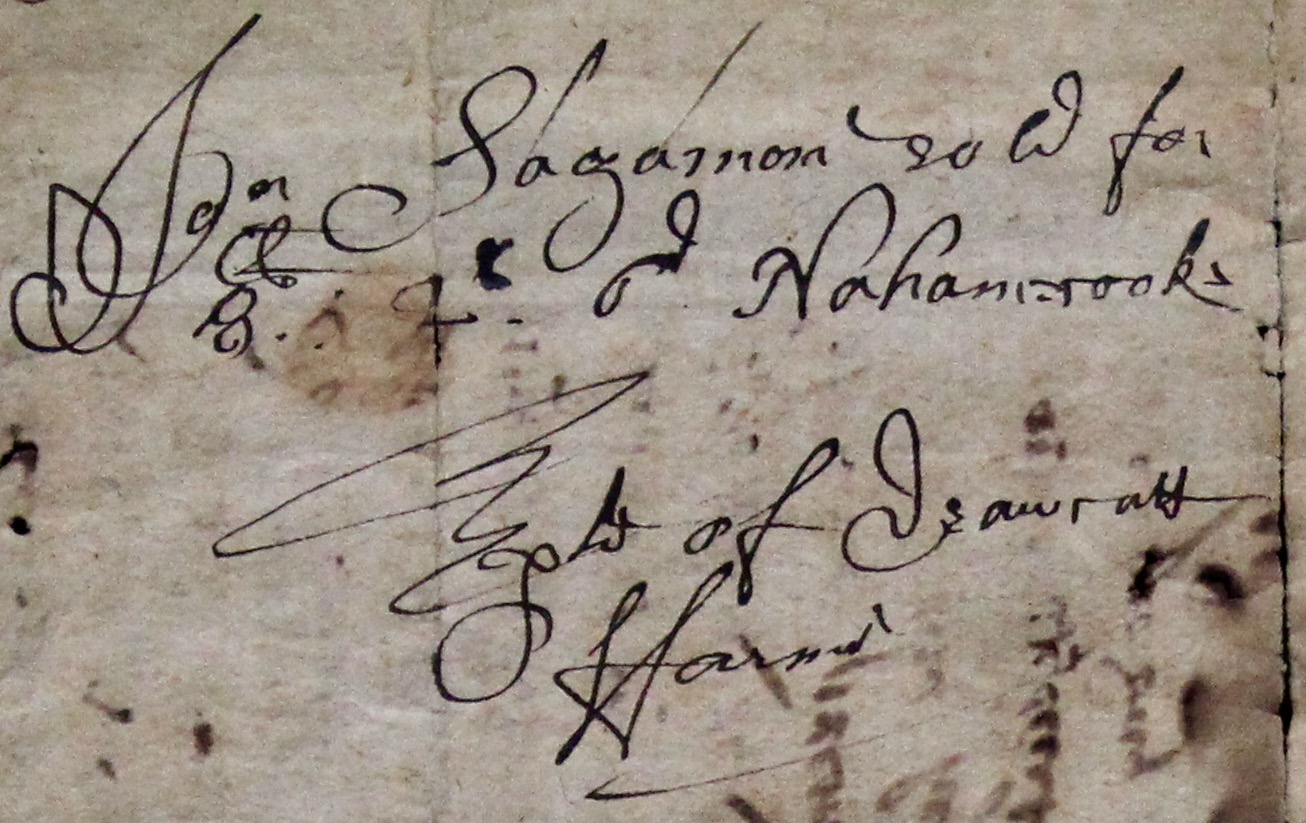 Writing on the reverse side of the deed 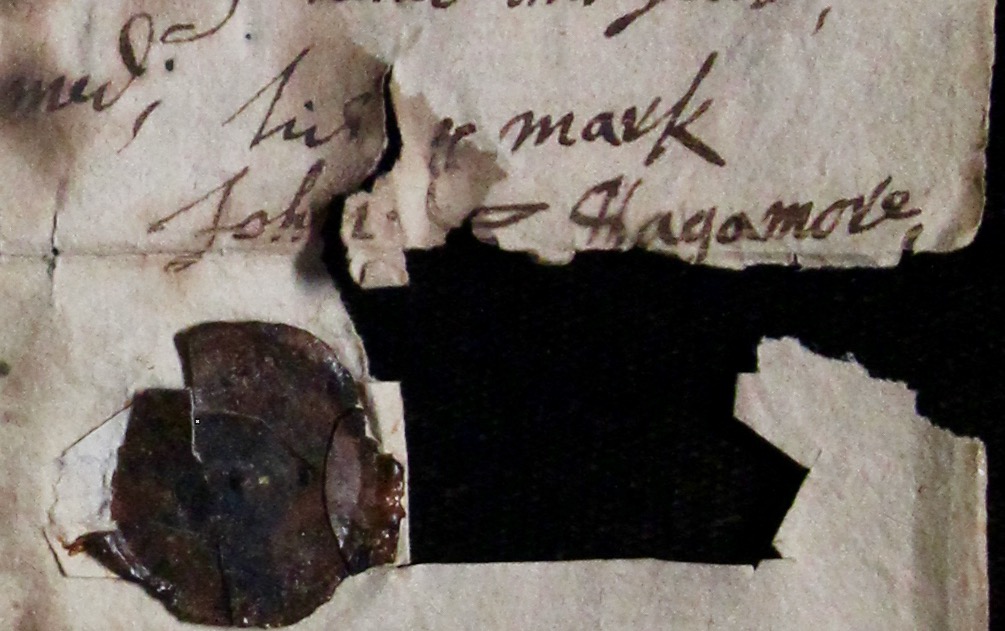 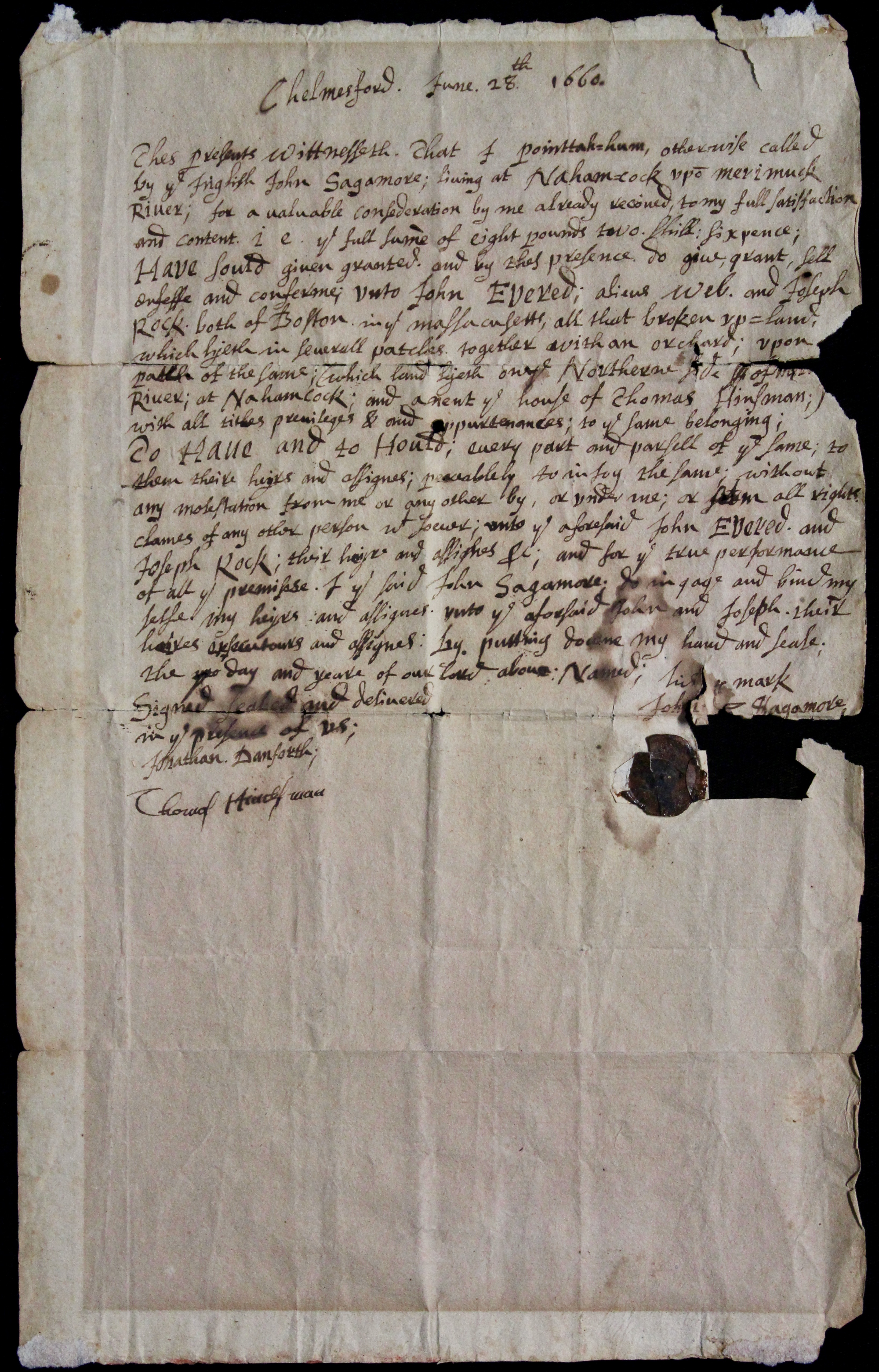