A few of the girls were interested in phrenology; and we had our heads examined by Professor Fowler, who, if not the first, was the chief exponent of this theory in Lowell. He went about into all the schools, examining children's heads. Mine, he said, "lacked veneration;" and this I supposed was an awful thing, because my teacher looked so reproachfully at me when the professor said it.

Harriet Hanson Robinson, Loom and Spindle; or, Life among the Early Mill Girls 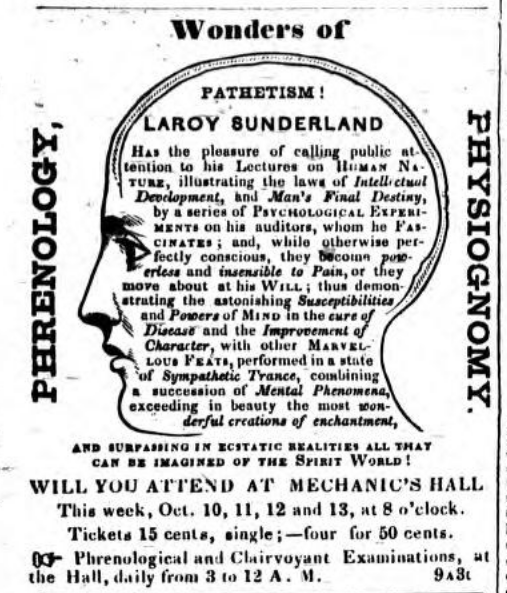 Phrenology was a hot topic during this period of history. It attracted learned people looking for scientific explanations, it also attracted the interest of the public. Some men and women in the scientific fields as they existed in that period did not just see phrenology as a way to categorize people into boxes that they cannot ever get out of. It was a way of pointing out strengths that could be positively exploited, and weaknesses that could be strengthened. So those bumps were not your destiny, but indicators of areas that could be worked on and improved.

This is the same reason why the idea caught on among the public including the operatives and others in Lowell. The same women who were now more independent and self-reliant, attending classes and lectures, and borrowing books from circulation libraries, saw phrenology as another way of improving one’s lot in life.

While Franz Josef Gall (1758 –1828) and Johann Gaspar Spurzheim (1776 –1832) are most commonly associated with phrenology, Orson Squire Fowler (1809–1887) and Lorenzo Niles Fowler (1811–1896) can be credited for its spread and popularity in the United States during this period. As we can see from Harriet Hanson Robinson’s quote above, Dr. Fowler visited Lowell and not just to tour the mills.

Nathan Allen (1813 – 1889). graduated from Amherst College in 1836, received his M. D. from the Pennsylvania Medical College in 1841, and settled in Lowell the same year. While in medical school, Allen was appointed the first editor of the American Phrenological Journal and Miscellany. He practiced medicine in Lowell until his death on January 1, 1889.

Like many learned men of his day, Dr. Allen was ahead of his time on some issues such as health promotion and physical exercise, but remained mired in some of the prejudices of the day. He was a health reformer and advocate and was instrumental in establishing the Department of Physical Culture for promotion of health and physical education. At the same time, he wrote influential articles bemoaning the decline of the Puritan “race” in America:

"Judging from a physiological stand-point, the introduction of this foreign element into New England, instead of proving a blessing, may result in one of the greatest misfortunes that ever befell any race or people."

An additional reference to phrenology during this period can be found in Lowell physician Dr. John O. Green’s diary. An entry dated January 27, 1836 mentions Dr. Green preparing some skulls that his brother brought to him from Calcutta. The skulls were for his collection used for the study of phrenology.

One other connection between Orson Fowler and Lowell deserves mention. Fowler was an advocate of the octagon house. This design was more than an architectural curiosity, Fowler believed that eight-sided design allowed for more window surfaces that let in more natural light and better ventilation. The first octagon house in Lowell was built on Rolfe Street, now Solomont Way, by Abiel Rolfe in 1854. There is some map and photographic evidence of the house, but it is no longer standing. The Jonathan Bowers House at 58 Wannalancit Street was built in 1872. It is a round house and not an octagon; however, it is stylistically-related to the octagon house. The Jonathan Bowers House is still standing. 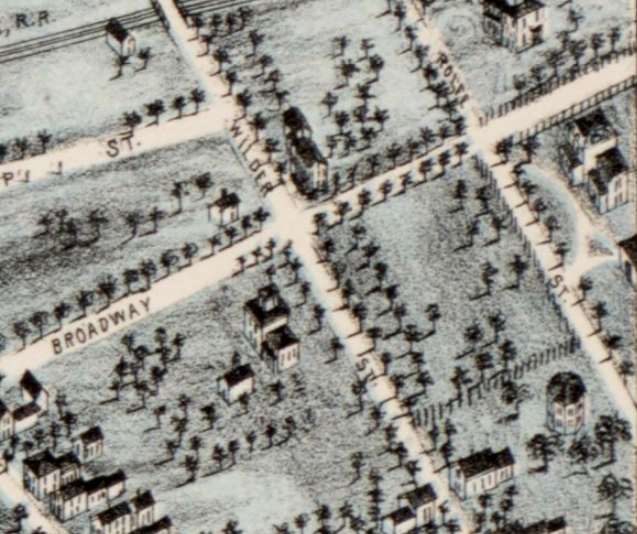 Detail of 1876 map of Lowell. Rolfe House in lower right 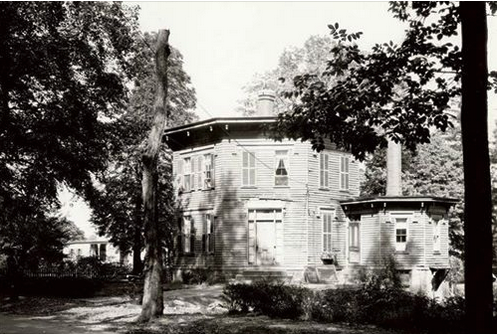