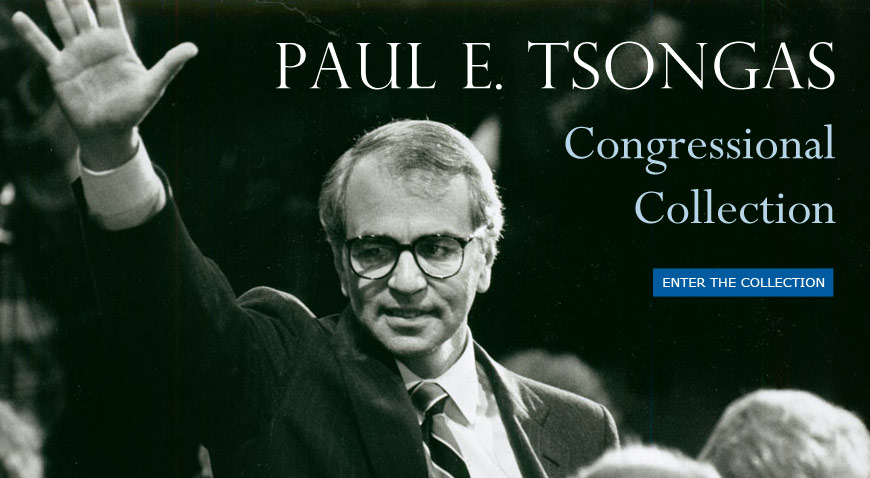 Click above to enter the Paul Tsongas Digital Archives on Omeka

Paul E. Tsongas, a native of Lowell, Massachusetts, served two terms as the 5th Congressional District’s U.S. Representative (1975 - 1979) followed by one term in the U.S. Senate before ill health forced his early retirement in 1985.

Despite his short time in national politics, Paul Tsongas achieved a remarkable impact, particularly in areas of environmental and economic policy. His pursuit of liberal ideals culminated in a popular run for President in the 1992 Democratic campaign.

UMass Lowell Libraries has digitized over 10,000 documents from the Paul E. Tsongas Collection as part of a LSTA (Library Services and Technology Act) grant, "Digitizing Historical Resources," awarded by the MBLC (Massachusetts Board of Library Commissioners) in 2010 for FY 2011.