A Brief History of the Lowell Sun 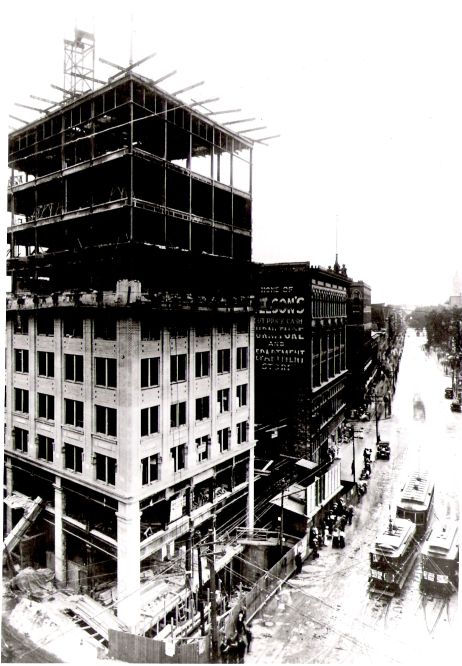 The Lowell Sun was established in 1878 as a weekly newspaper by print shop owners/brothers, John and Daniel Harrington, to help address the needs of the growing Irish Catholic population, by providing a voice. The Sun became a daily paper in 1892 with competition from a total of 9 other daily papers. The Sun continued to gain support and added the Sunday edition starting in 1949.[1] The Sun has occupied various building throughout its history, including locations in Kearney Square, the famous "Sun" building shown to the right originally built in 1912, and its current headquarters at 491 Dutton Street. Through 1997, the Sun was run by descendants of John Harrington - Thomas F. Costello, his sons, John H. and Clement C. Costello, and grandson, John H. Costello, Jr. After 119 years, the Costello family sold the paper to Garden State Newspaper, an affiliate of MediaNews Group. 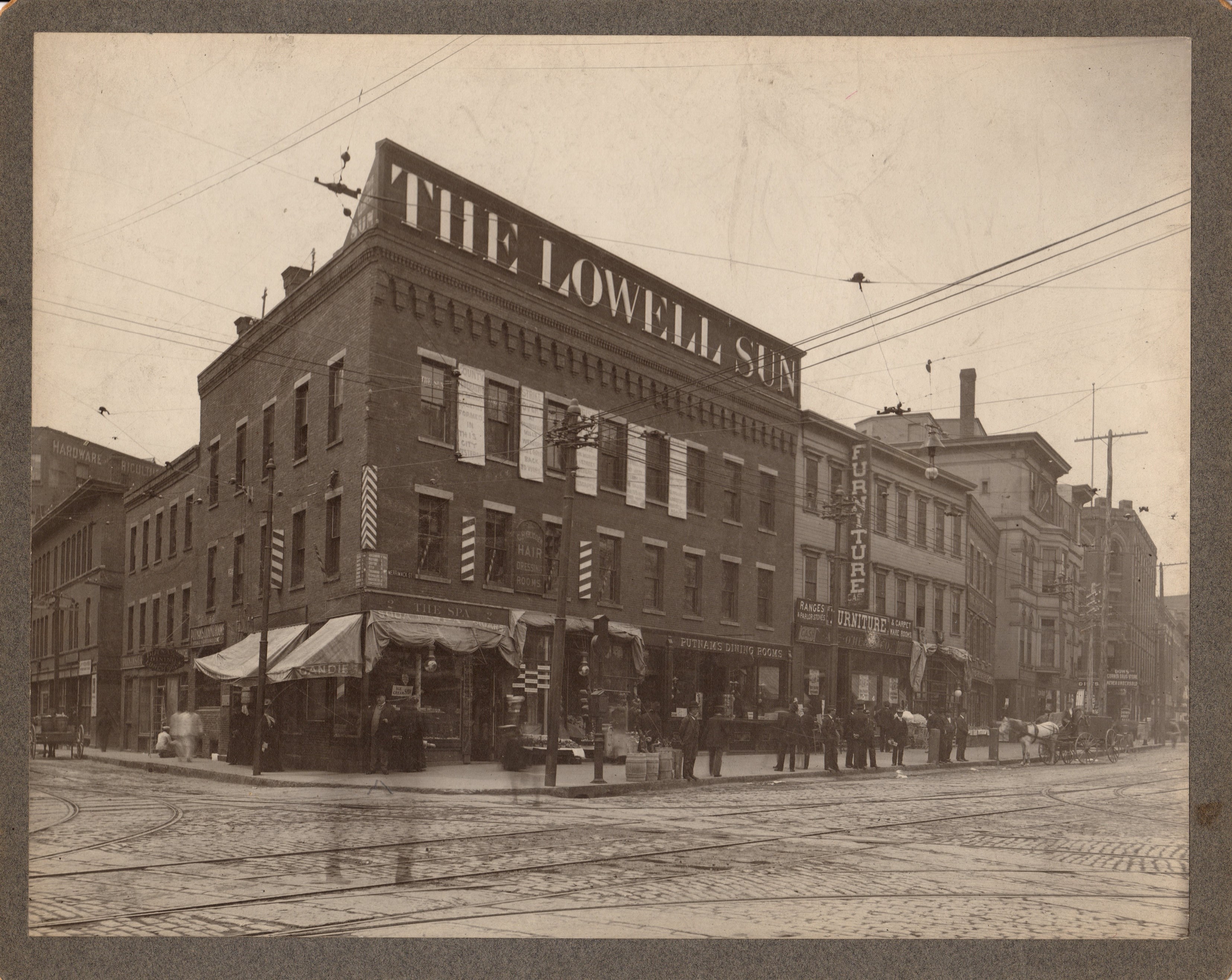 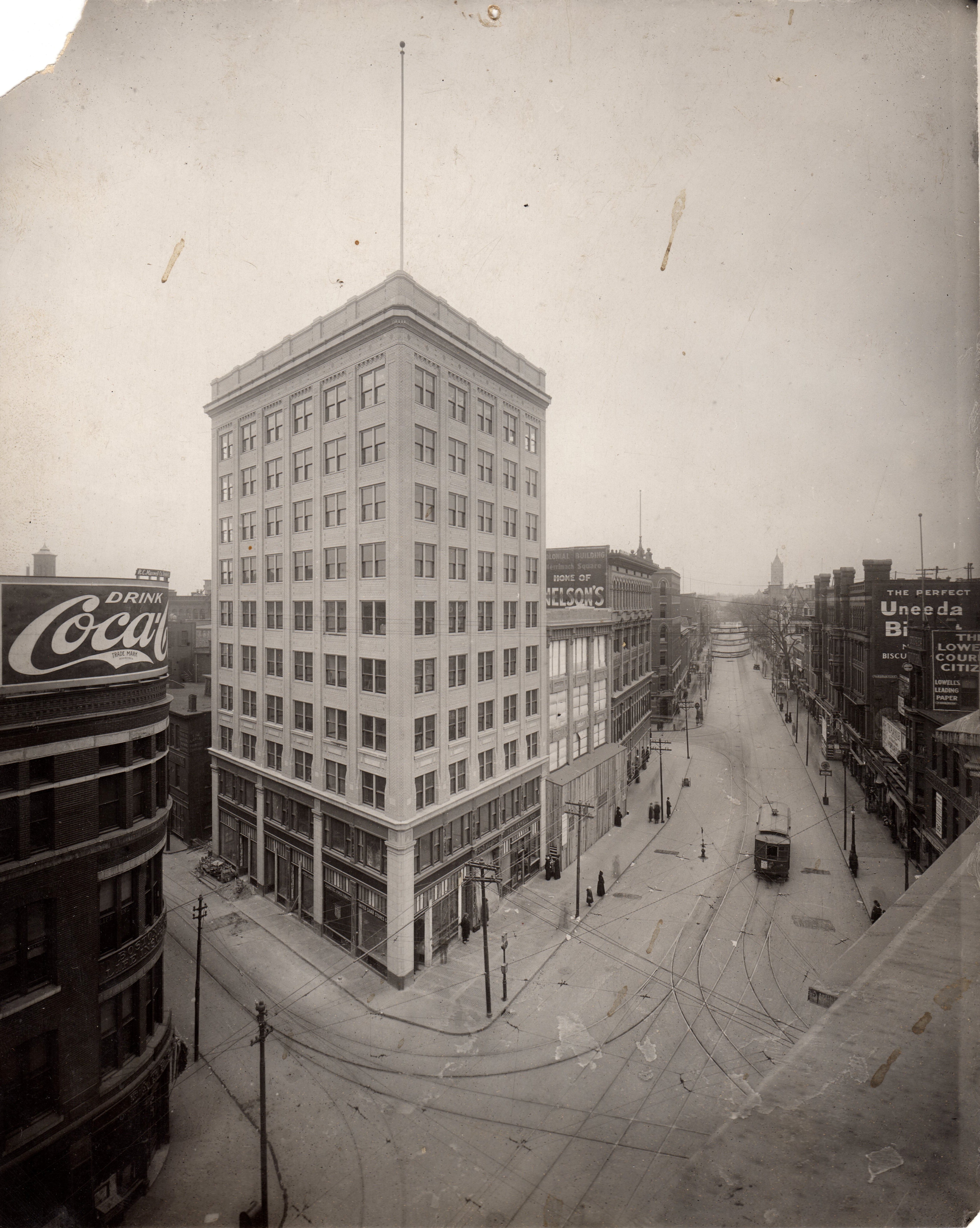