Lance Williams is an author and journalist. His book, Game of Shadows: Barry Bonds, BALCO, and the Steroids Scandal that Rocked Professional Sports (co-authored by Mark Fainaru-Wada) is part of the Upton Bell Collection at UMass Lowell Libraries in O'Leary Library, 2nd Floor Special Collections and includes a personal inscription. 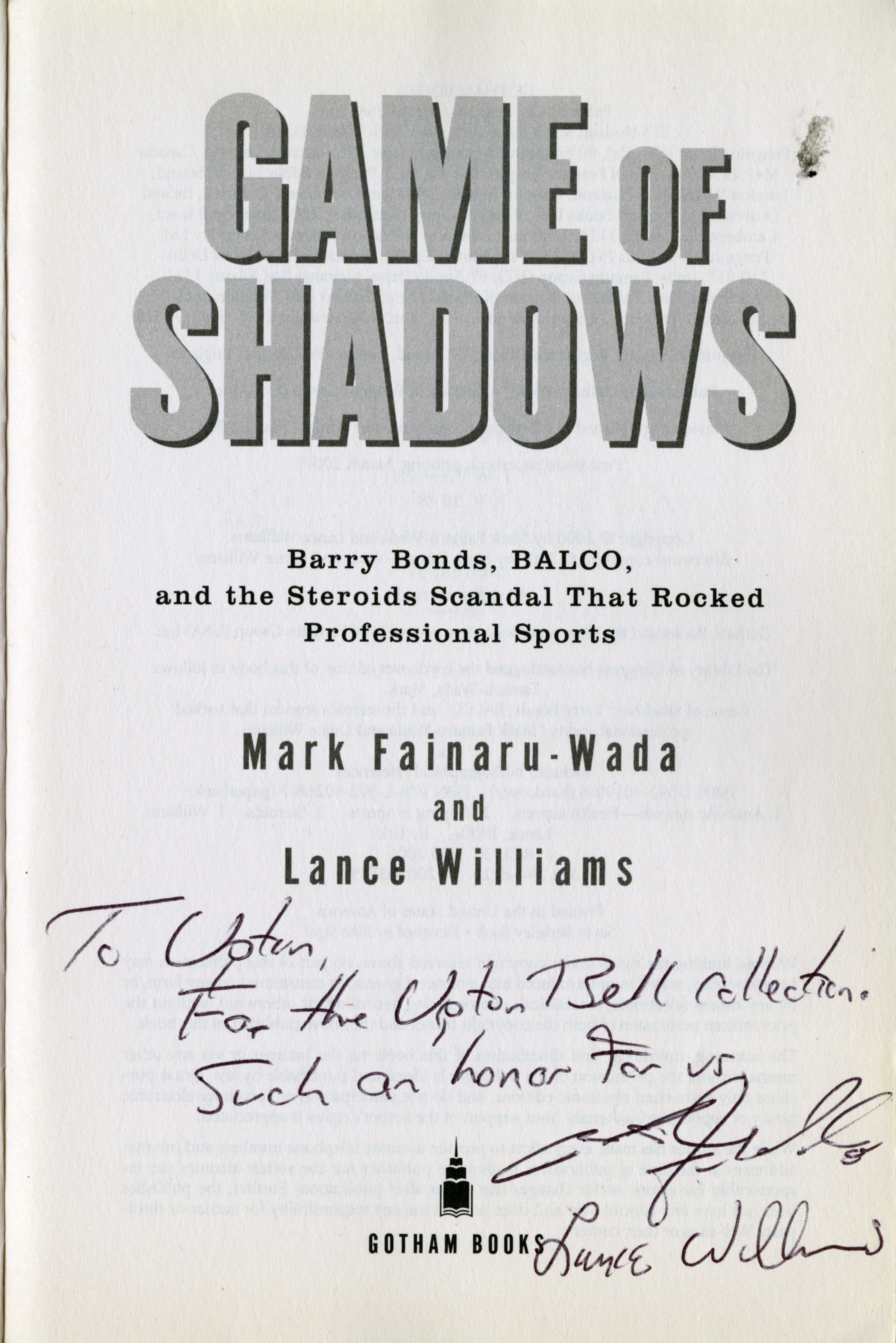