Daniel Okrent is an editor and Pulitzer Prize finalist author. His books, Great Fortune: The Epic of Rockefeller Center, Last Call: The Rise and Fall of Prohibition, and The Ultimate Baseball Book are part of the Upton Bell Collection at UMass Lowell Libraries in O'Leary Library, 2nd Floor Special Collections and include personal inscriptions. 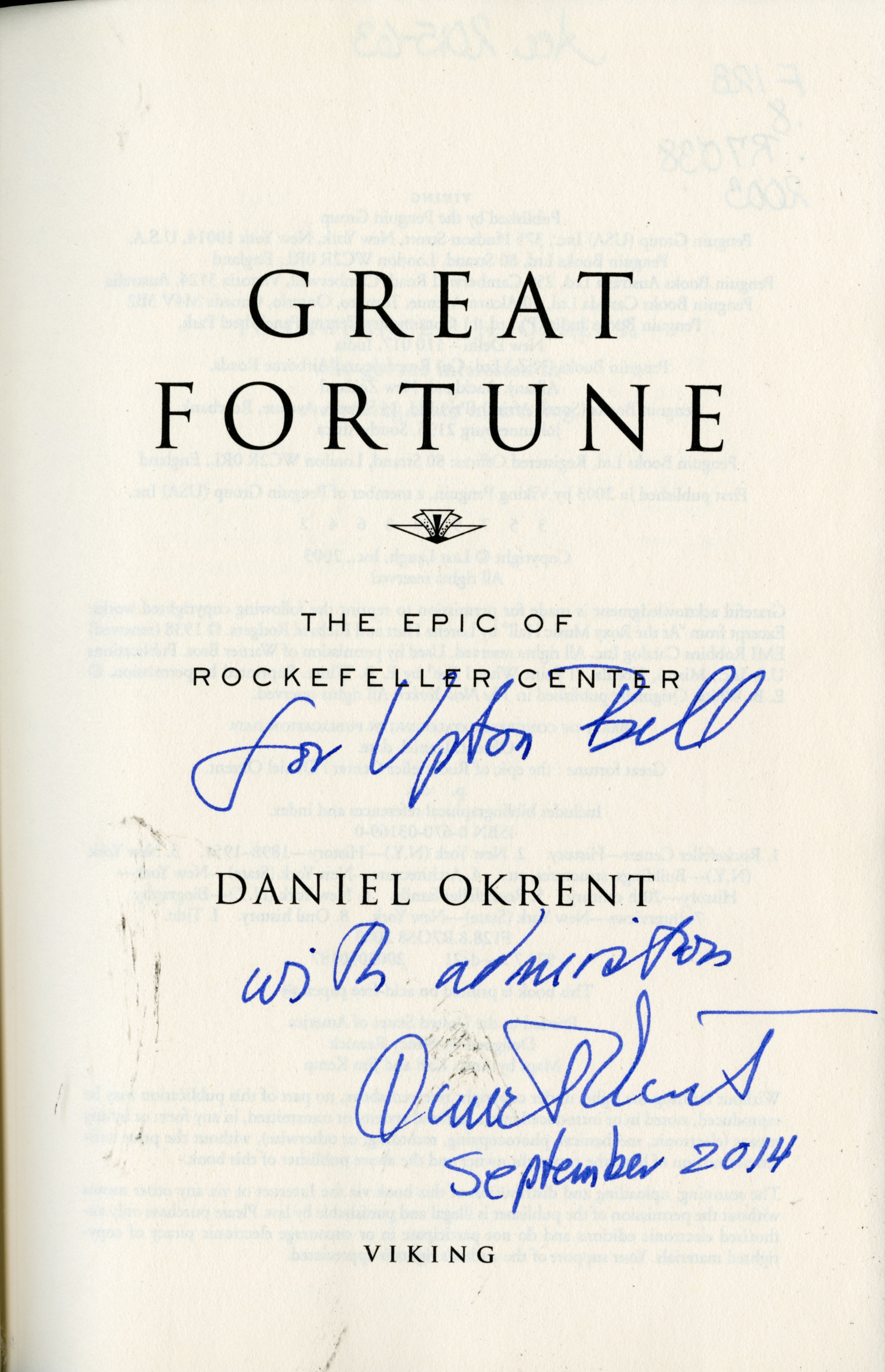 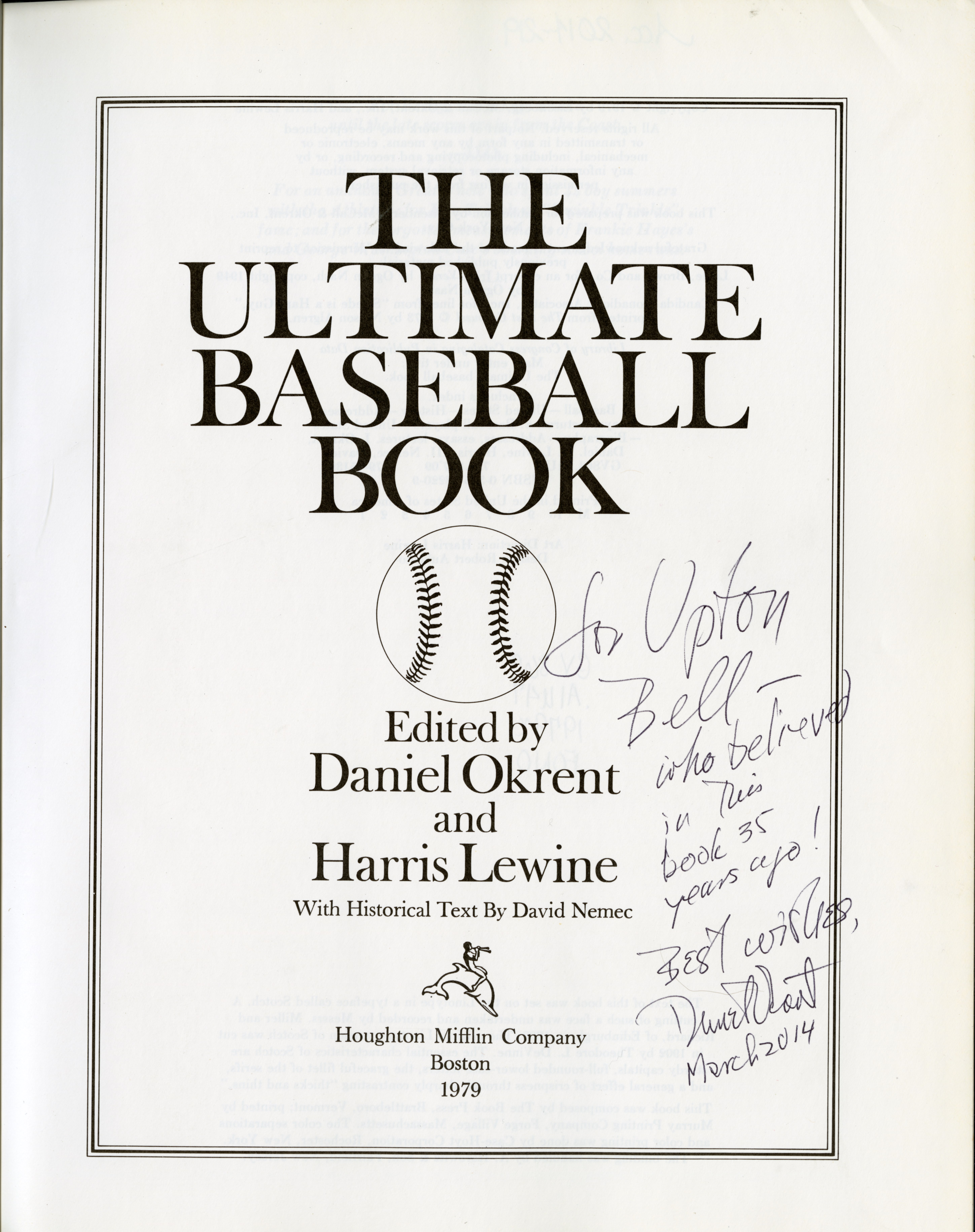