David G. McCullough is a two-time Pulitzer Prize Winning author. His books, The American Spirit: Who We Are and What We Stand For; Truman; and The Wright Brothers are part of the Upton Bell Collection at UMass Lowell Libraries in O'Leary Library, 2nd Floor Special Collections. Truman, the 1993 Pulitzer Prize winner for Biography, includes a personal inscription from the author.

Inscription for The American Spirit 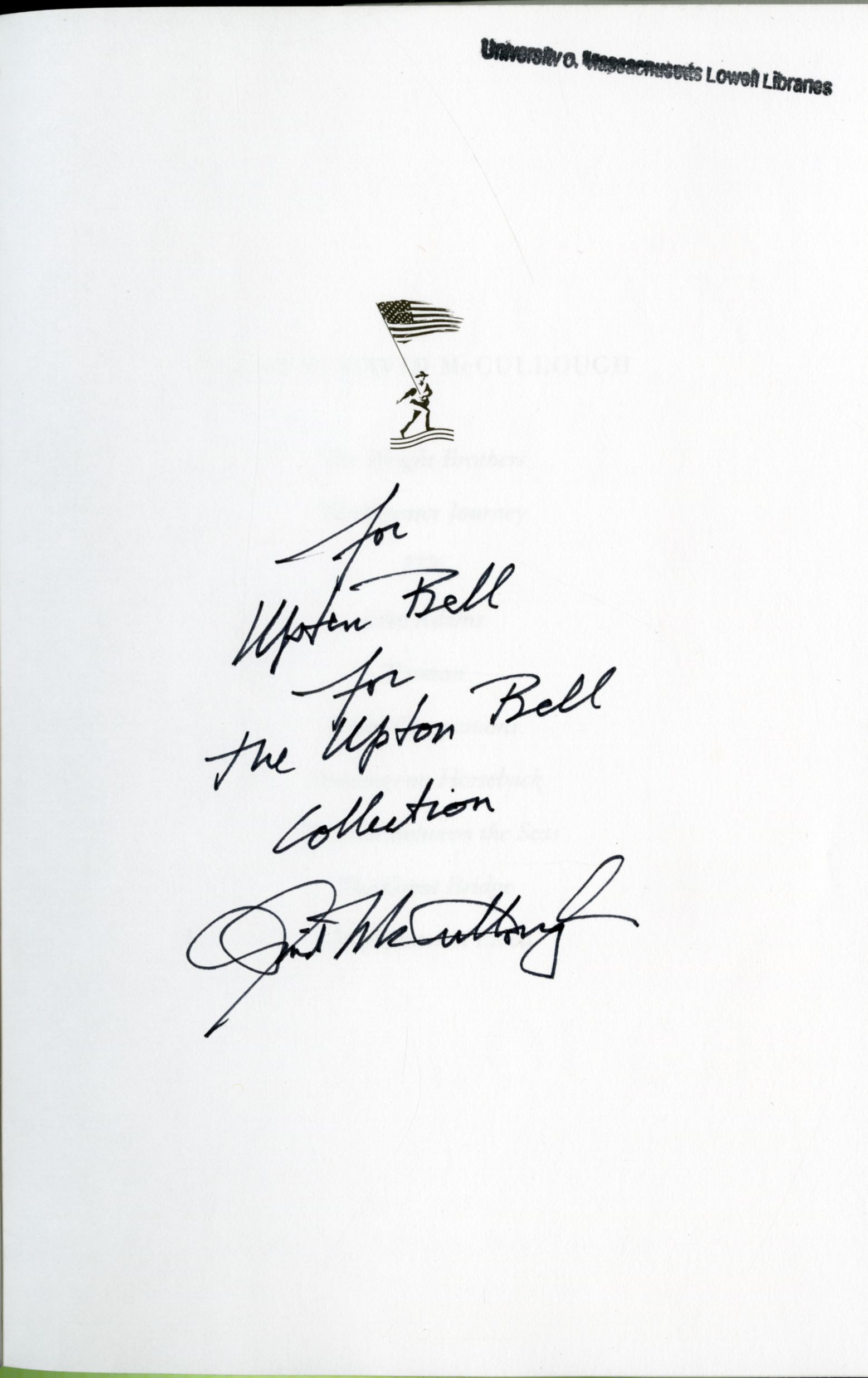 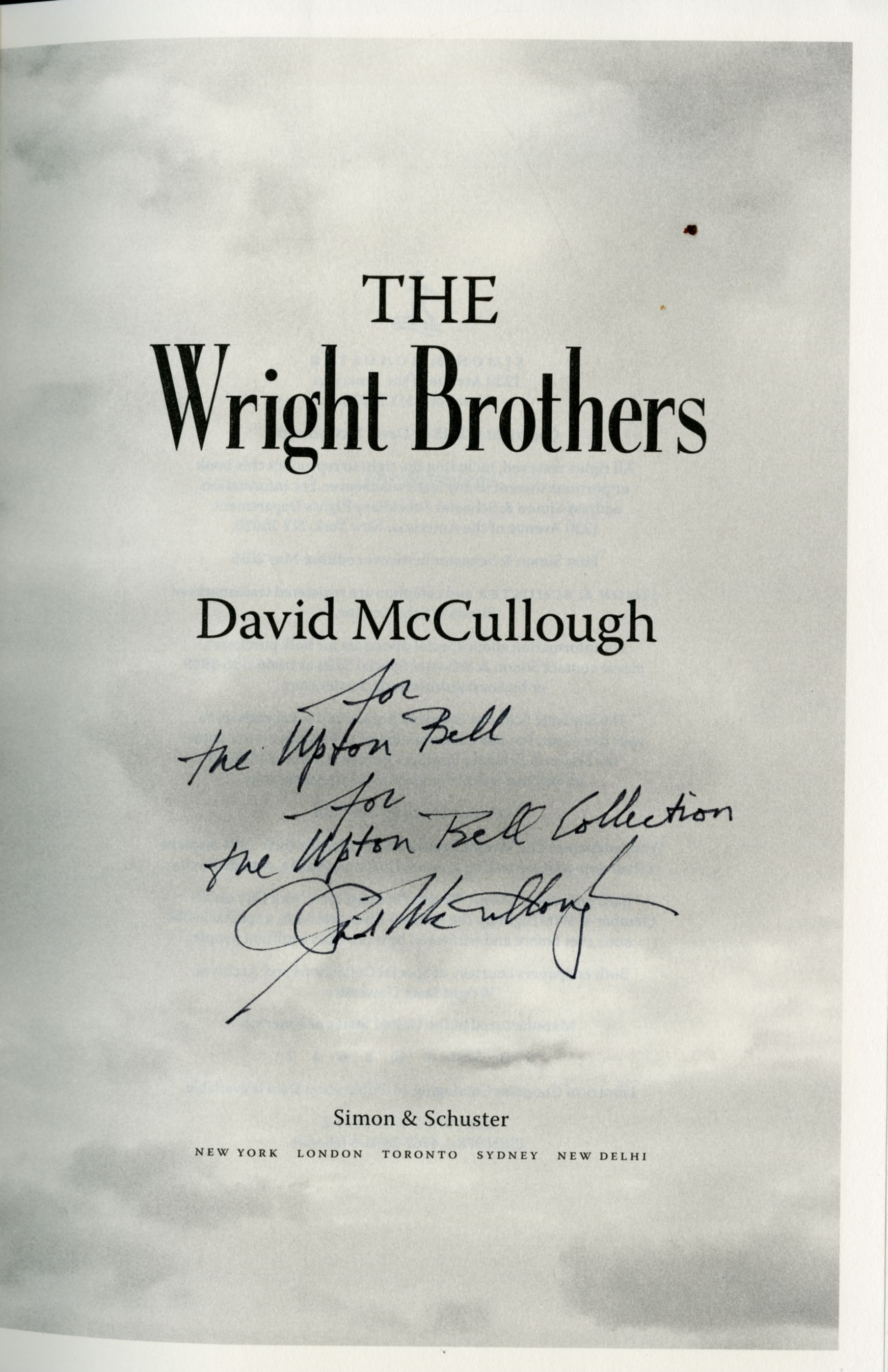 Pulitzer Prize Finalist in Biography, 1982 for Mornings on Horseback