Brenda Loew is an author and editor. Her books, Playbills to Photoplays: Stage Performers who Pioneered the Talkies; Spencer Tracy: A Life in Pictures: Rare, Candid, and Original Photos of the Hollywood Legend, His Family, and Career; and Spencer Tracy: Fox Film Actor: the Pre-code Legacy of a Hollywood Legend, are part of the Upton Bell Collection at UMass Lowell Libraries in O'Leary Library, 2nd Floor Special Collections and include personal inscriptions.

Inscription in Playbills to Photoplays 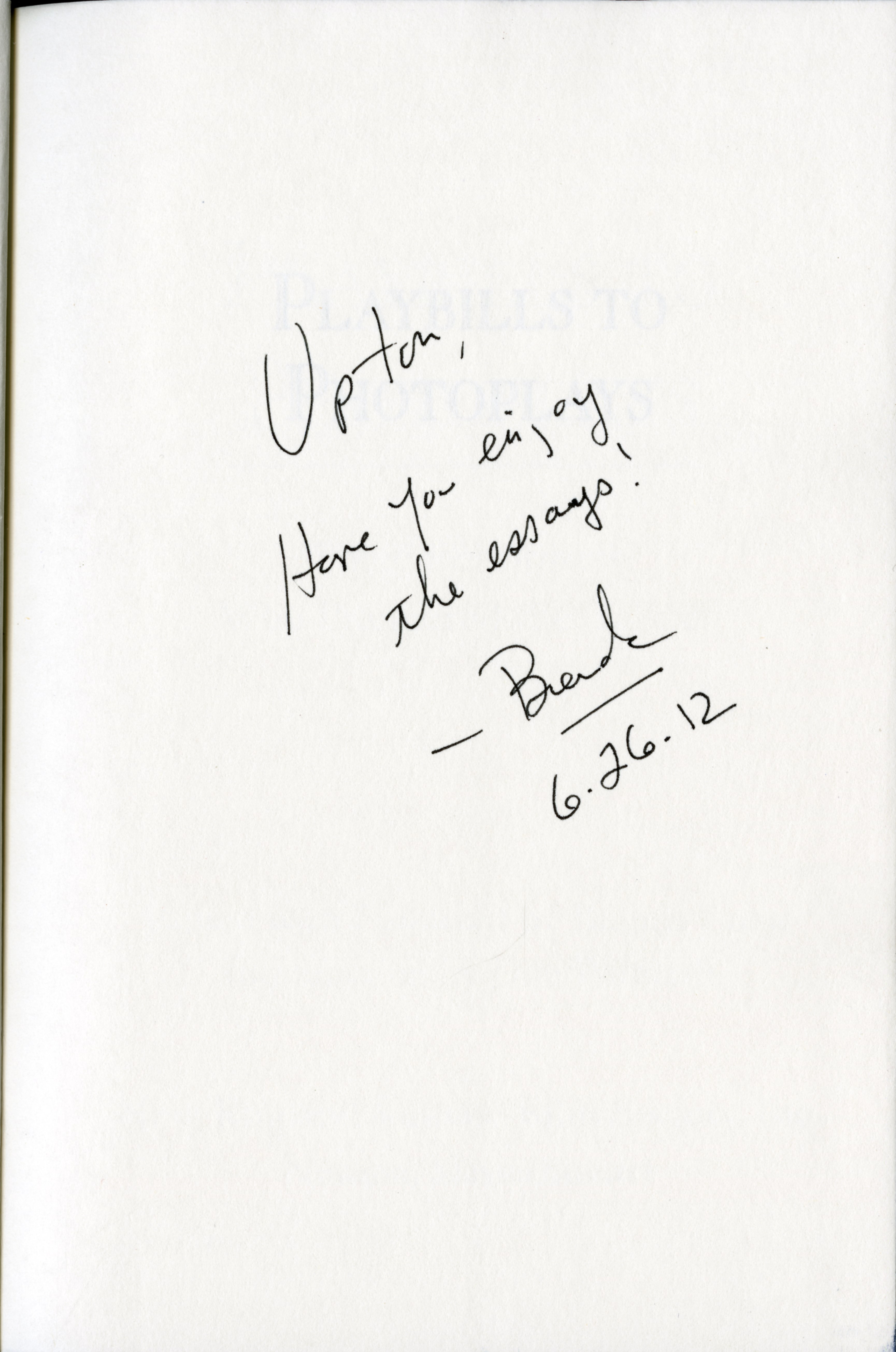 Inscription in Spencer Tracy: A Life in PIctures 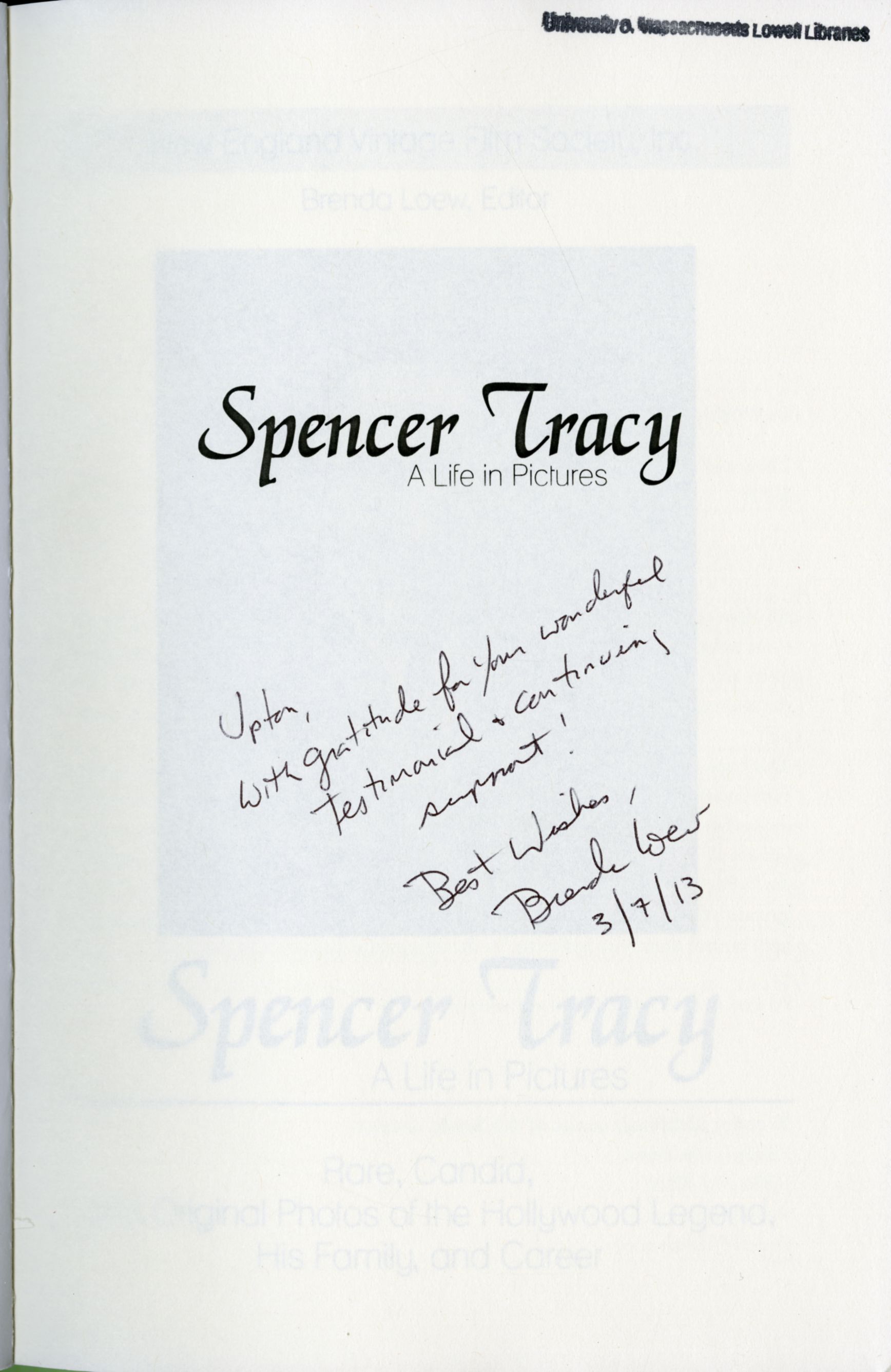 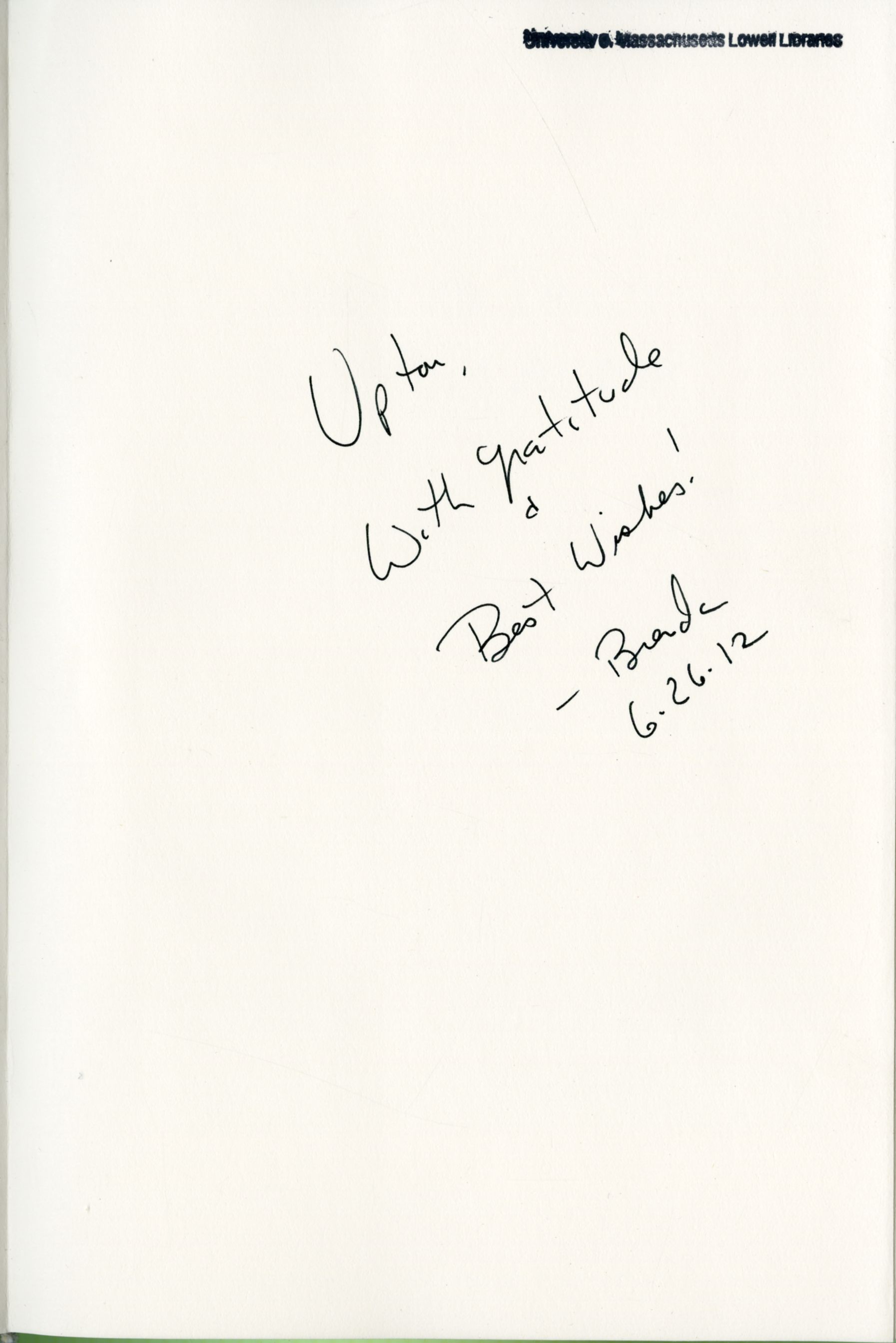