Stephen Kurkian is a three-time Pulitzer Prize winning author and editor. His books, Betrayal: The Crisis in the Catholic Church and Master Thieves: The Boston Gangsters who Pulled off the World's Greatest Art Heist, are part of the Upton Bell Collection at UMass Lowell Libraries in O'Leary Library, 2nd Floor Special Collections and include personal inscriptions. 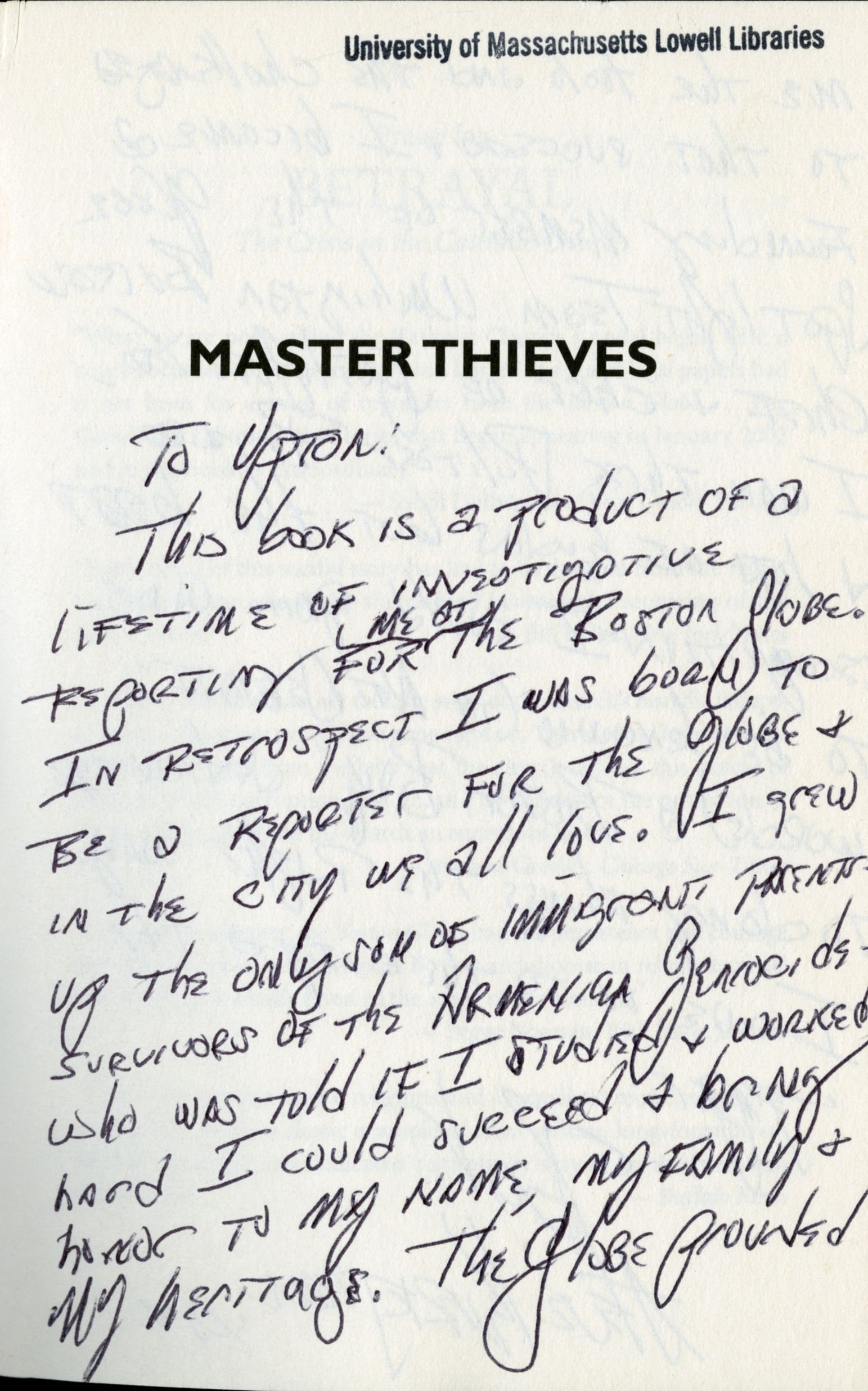 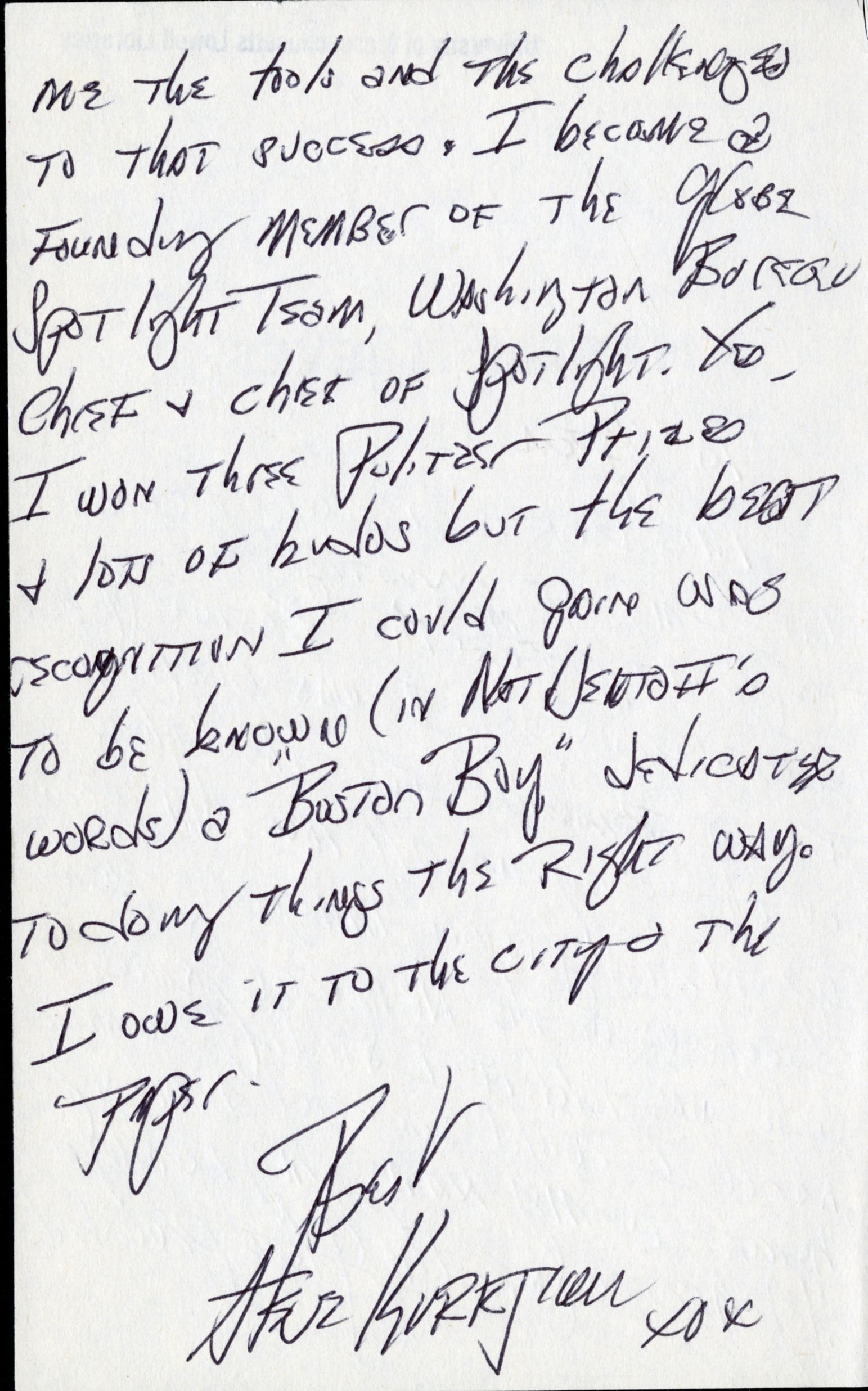 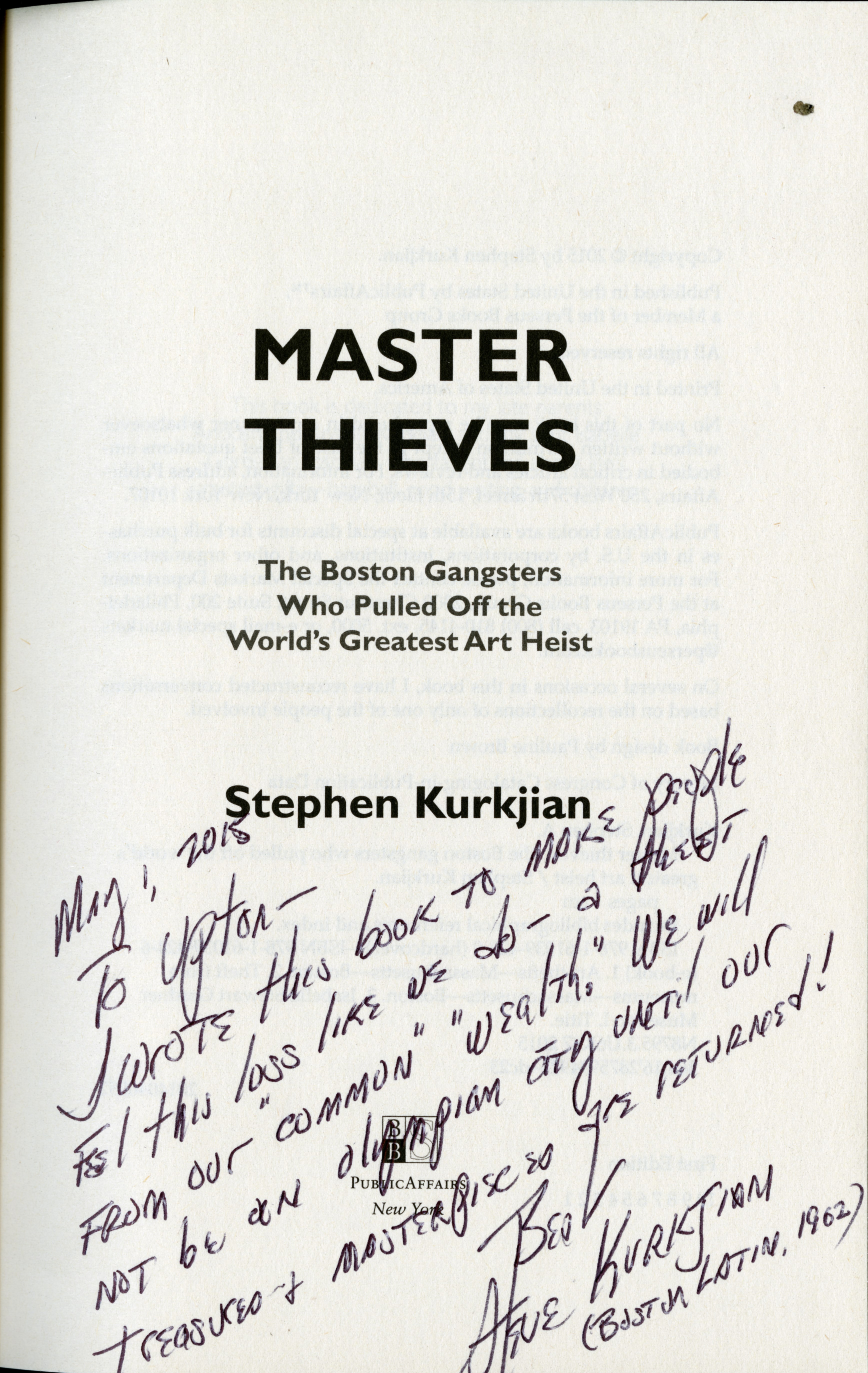