Jonathan Kozol is an author and educator. His book, Ordinary Resurrections: Children in the Years of Hope, is part of the Upton Bell Collection at UMass Lowell Libraries in O'Leary Library, 2nd Floor Special Collections and includes a personal inscription. 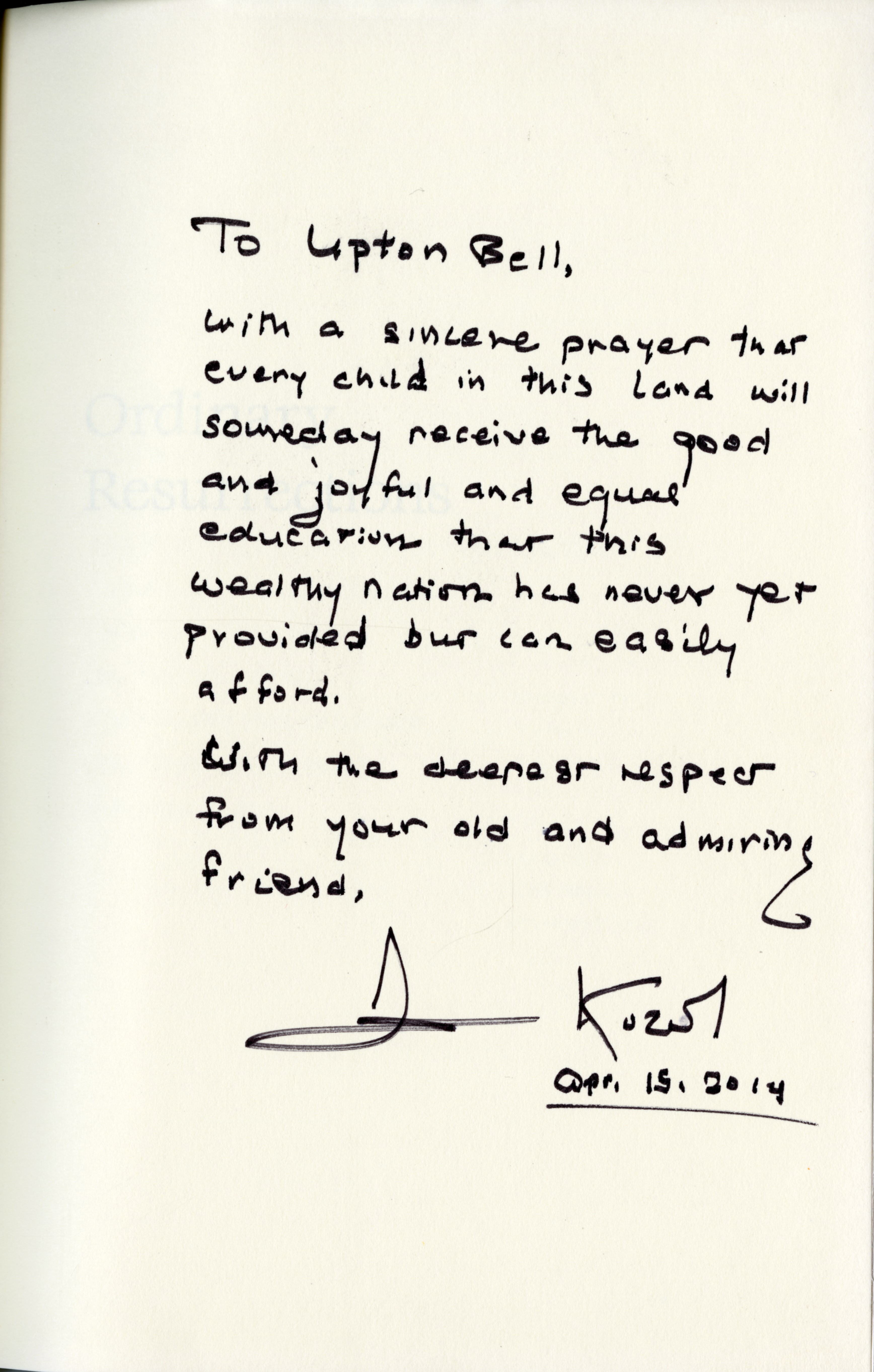 Anisfield-Wolf Book Award, Nonfiction, 1996, for Amazing Grace: The Lives of Children and the Conscience of a Nation

National Book Awards, Science, Philosophy, And Religion, 1968, for Death at an Early Age