Alan Charles Kors is an editor, author and professor. His book, The Shadow University: the Betrayal of Liberty on America's Campuses, co-written with Harvey Silverglate, is part of the Upton Bell Collection at UMass Lowell Libraries in O'Leary Library, 2nd Floor Special Collections and includes a personal inscription from Silverglate. 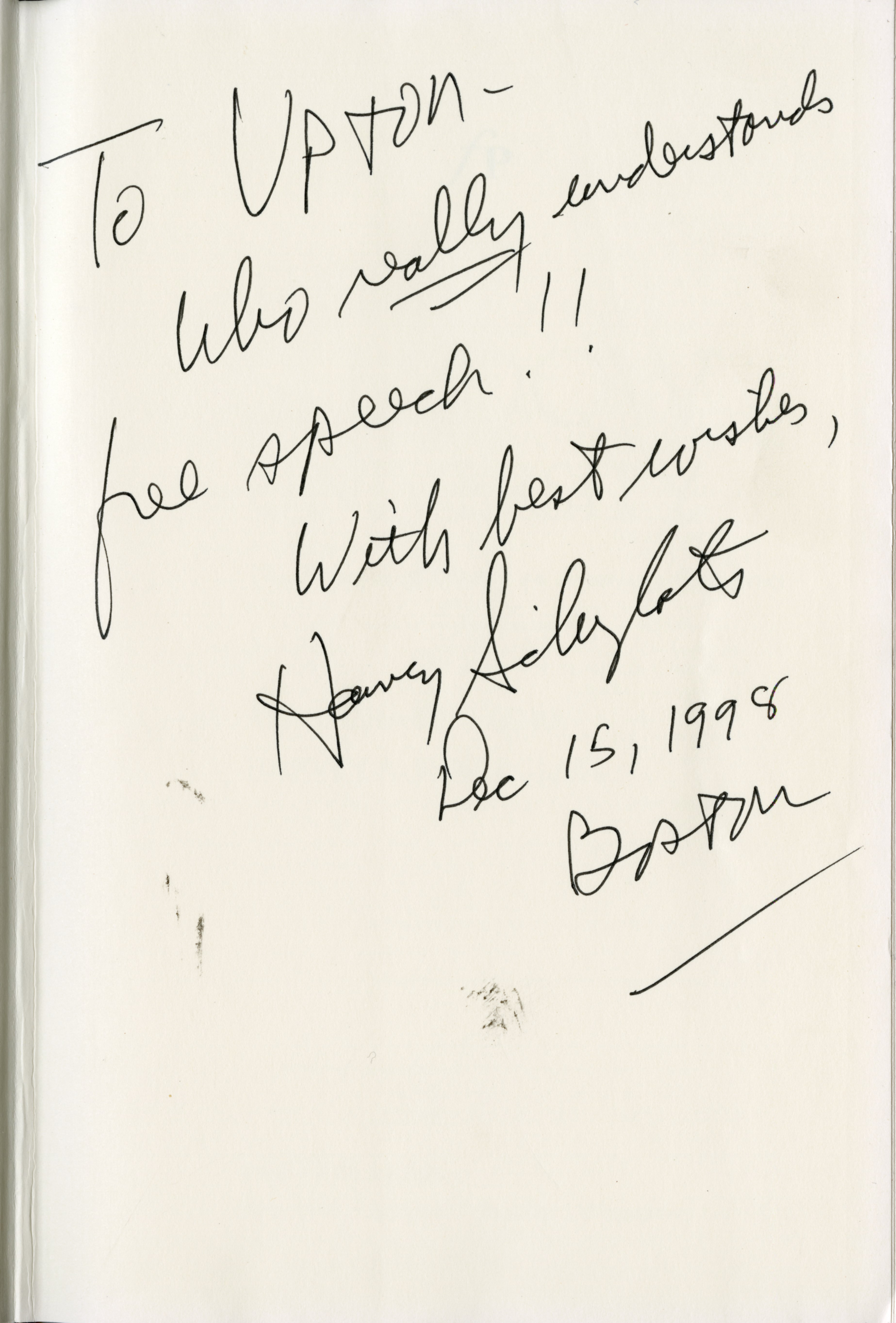 James Q. Wilson Award for Distinguished Scholarship on the Nature of a Free Society, James Madison Center, University of Pennsylvania, 2014

The Bradley Prize, The Lynde and Harry Bradley Foundation, 2008