Henry Kissinger is a Nobel laureate, a former U.S. Secretary of State, a diplomat, consultant and author. His books, On China and World Order, are part of the Upton Bell Collection at UMass Lowell Libraries in O'Leary Library, 2nd Floor Special Collections and include personal inscriptions. 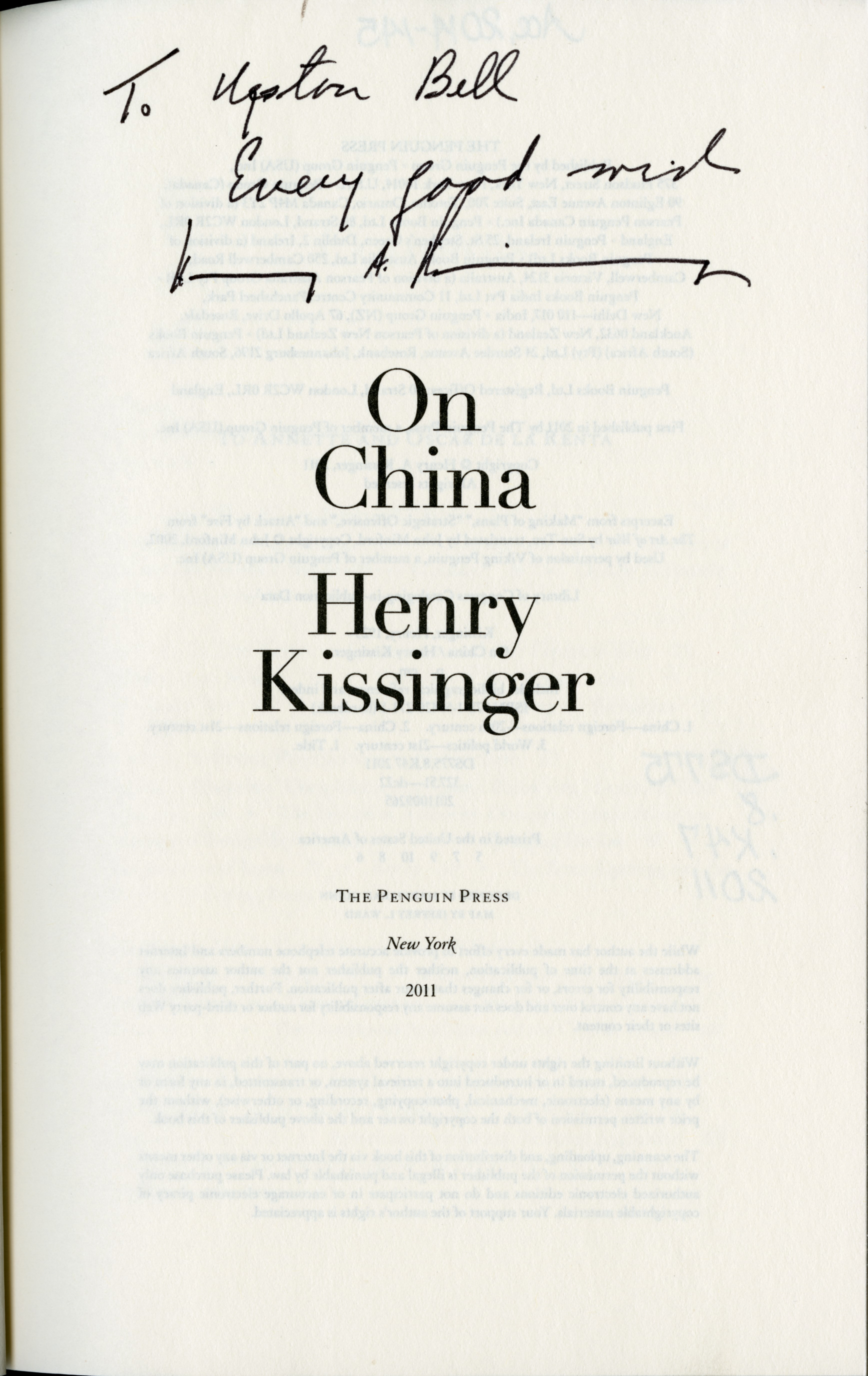 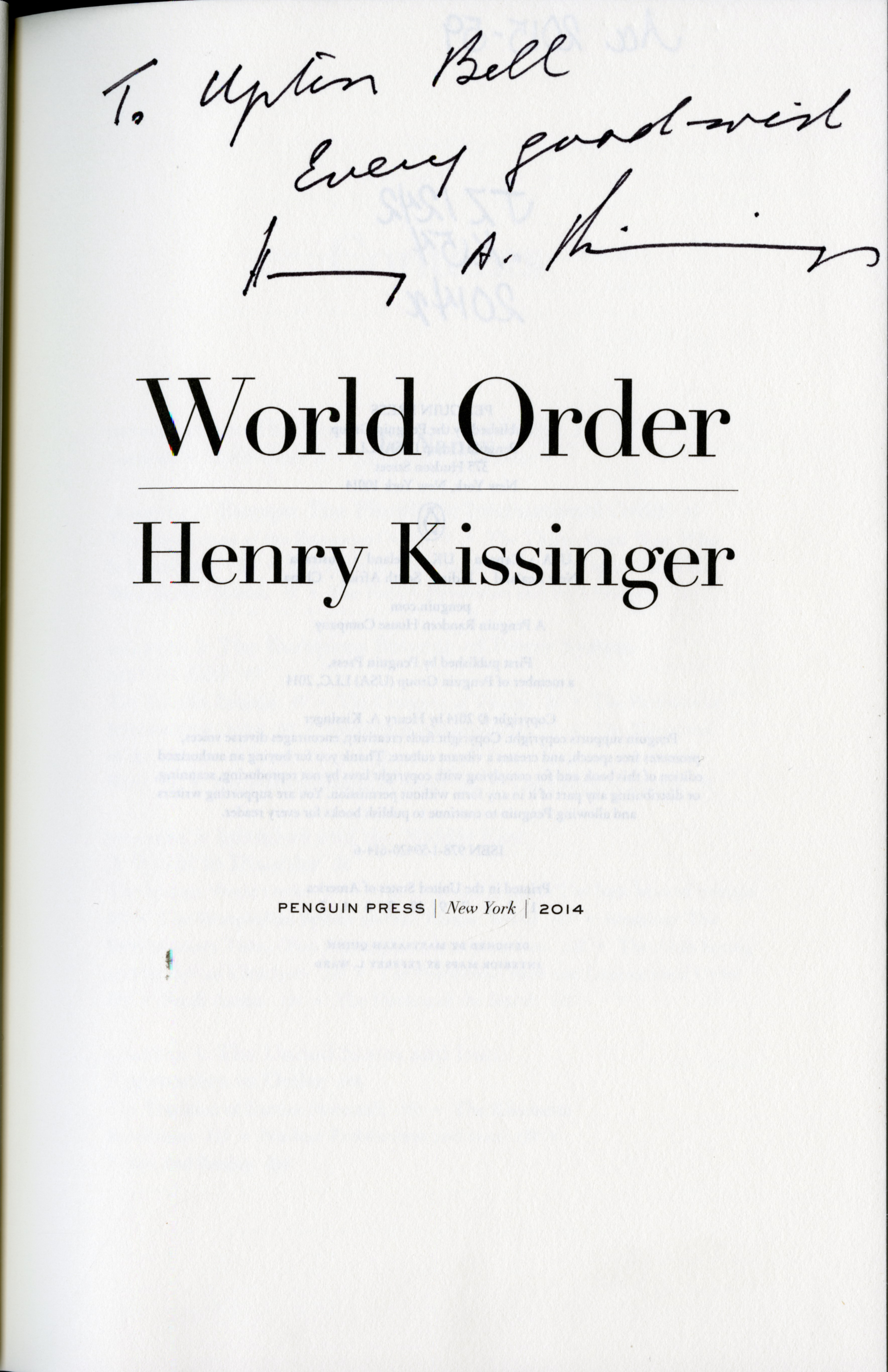 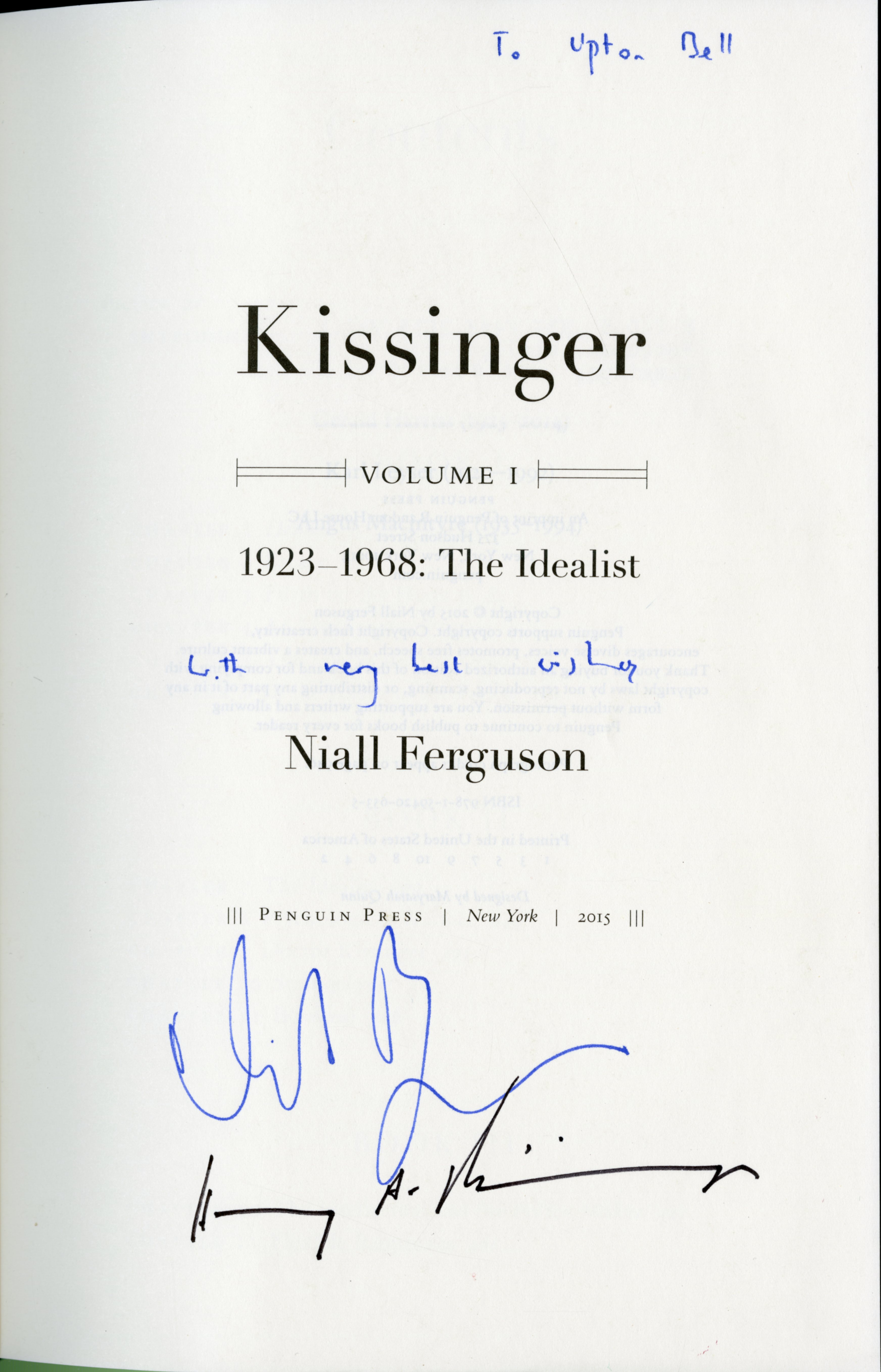 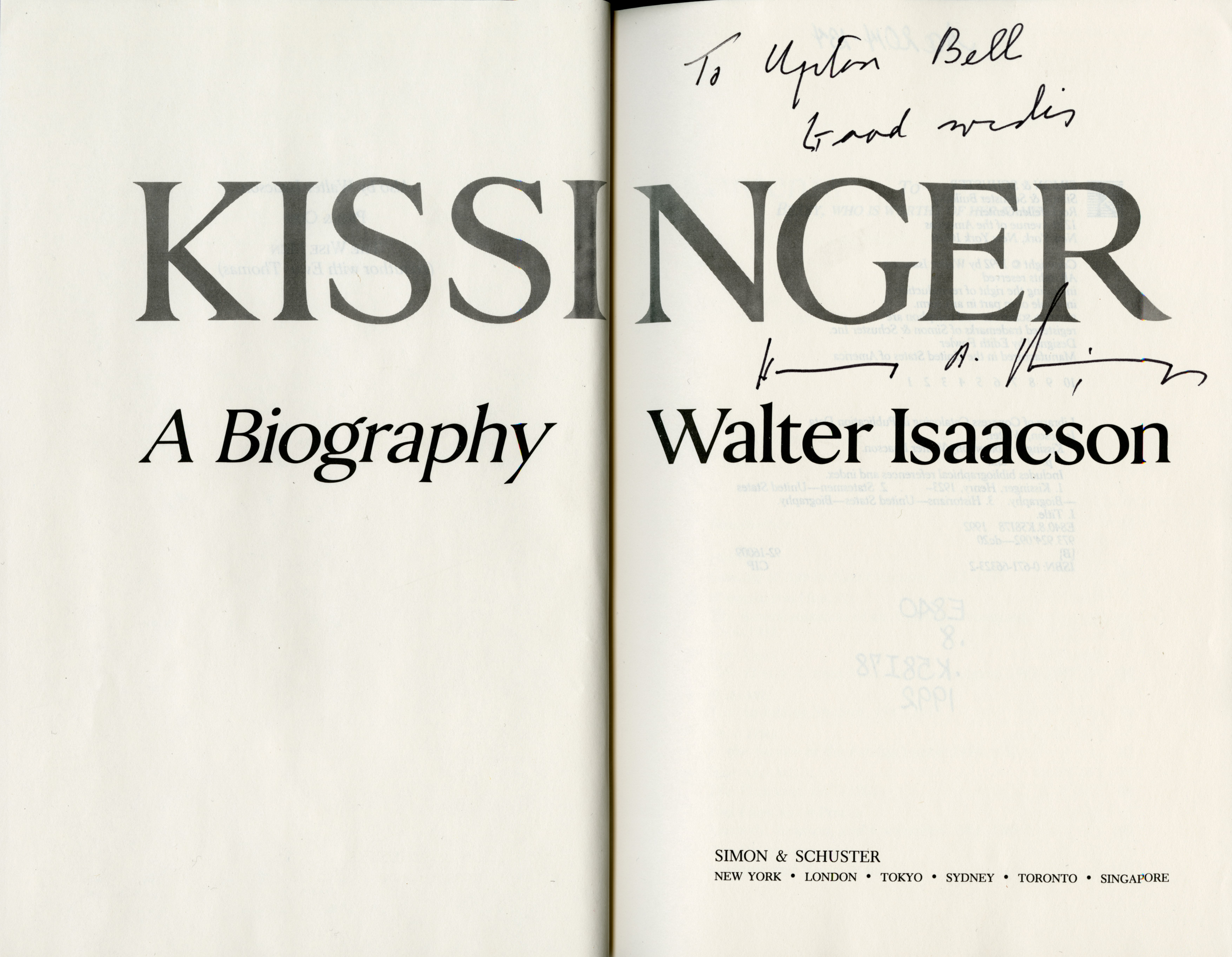