David Kaiser is a historian and author. His books, No End Save Victory and A Life in History, are part of the Upton Bell Collection at UMass Lowell Libraries in O'Leary Library, 2nd Floor Special Collections and include personal inscriptions. 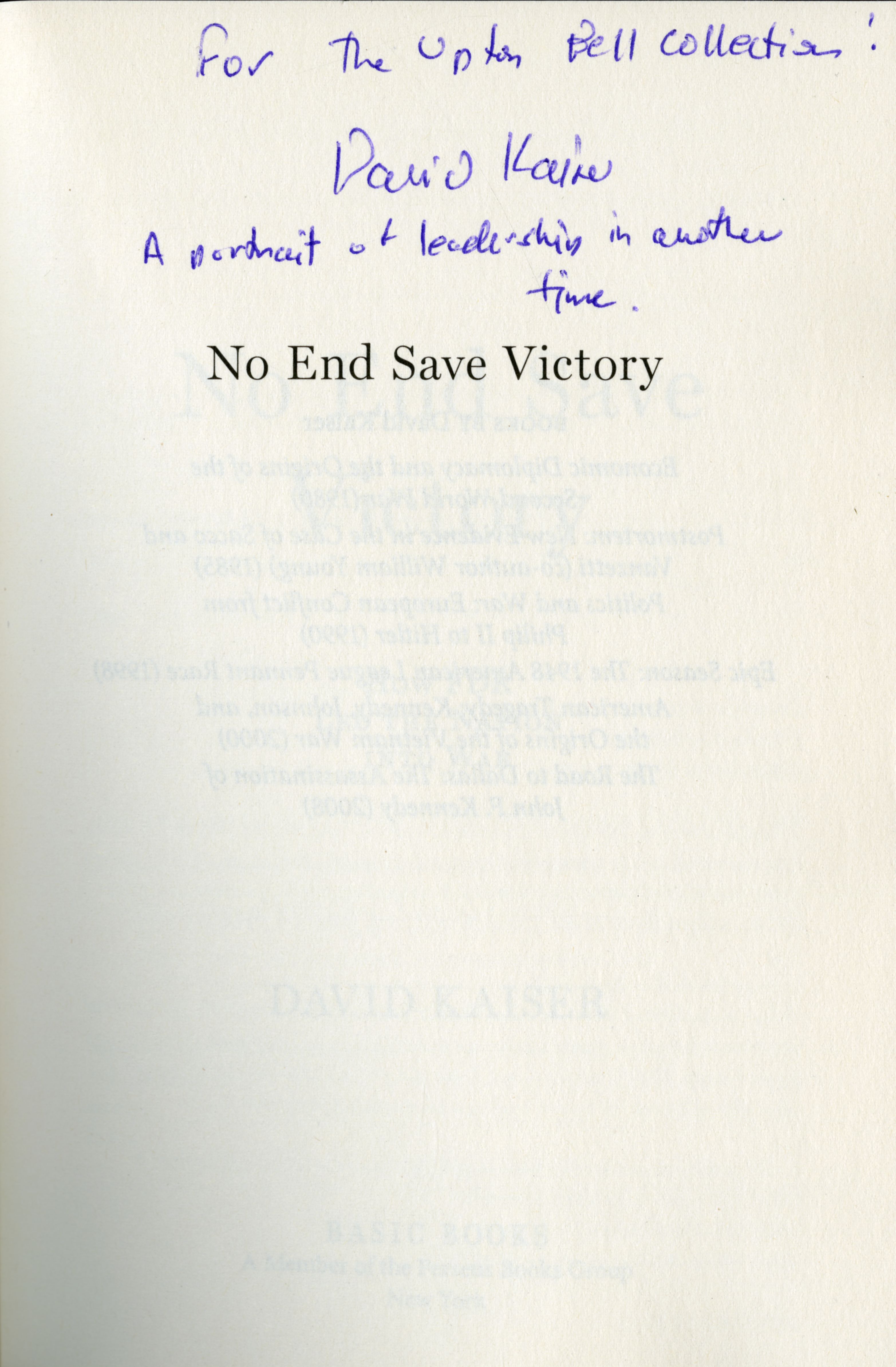 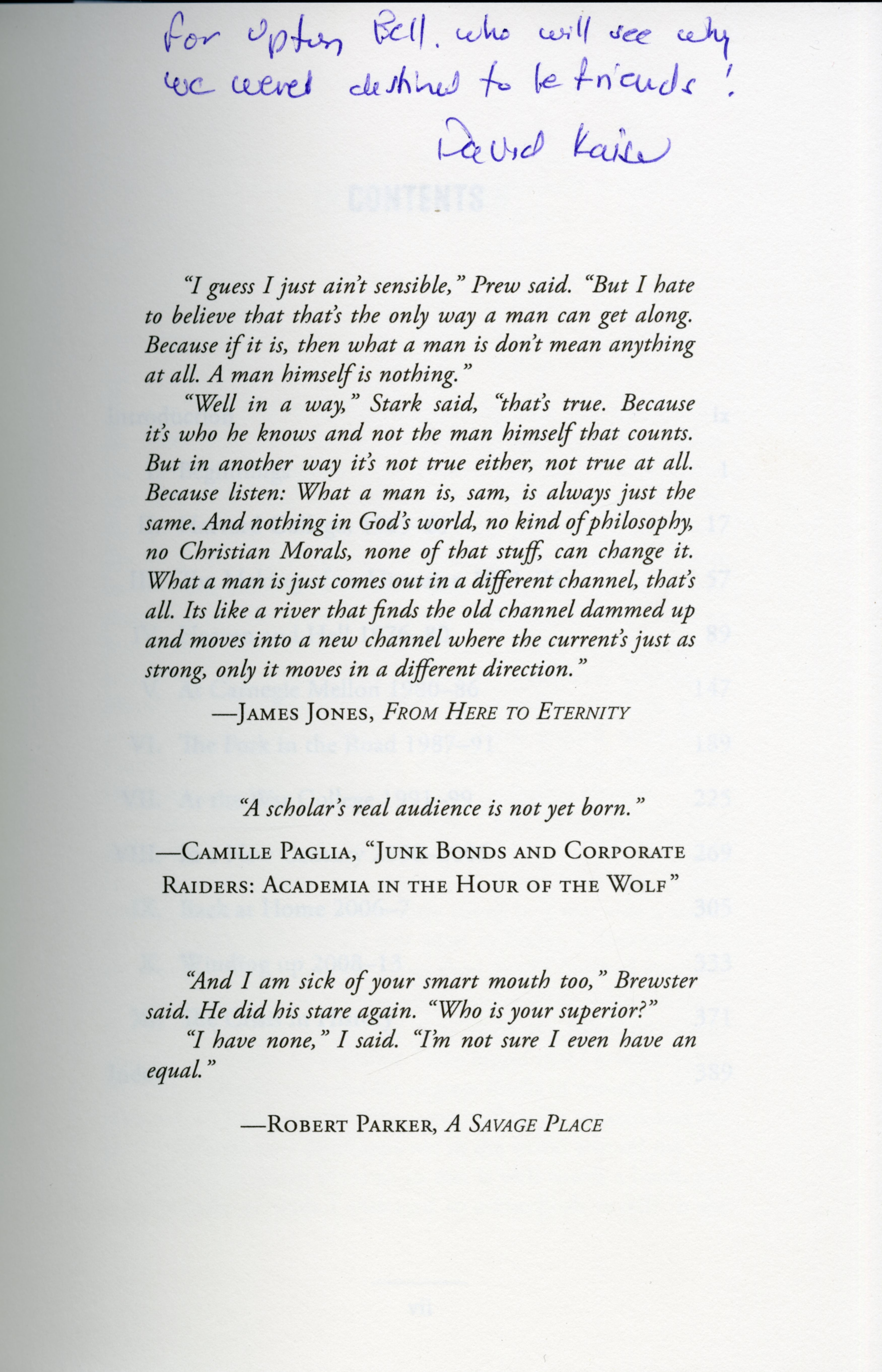