Doris Kearns Goodwin is a Pulitzer Prize winning historian and author. Her books,The Bully Pulpit: Theodore Roosevelt, William Howard Taft, and the Golden Age of Journalism, Lyndon Johnson and the American Dream, Leadership in Turbulent Times, No Ordinary Time: Franklin and Eleanor Roosevelt: the Home Front in World War II, and Team of Rivals: The Political Genius of Abraham Lincoln, are part of the Upton Bell Collection at UMass Lowell Libraries in O'Leary Library, 2nd Floor Special Collections and include personal inscriptions. 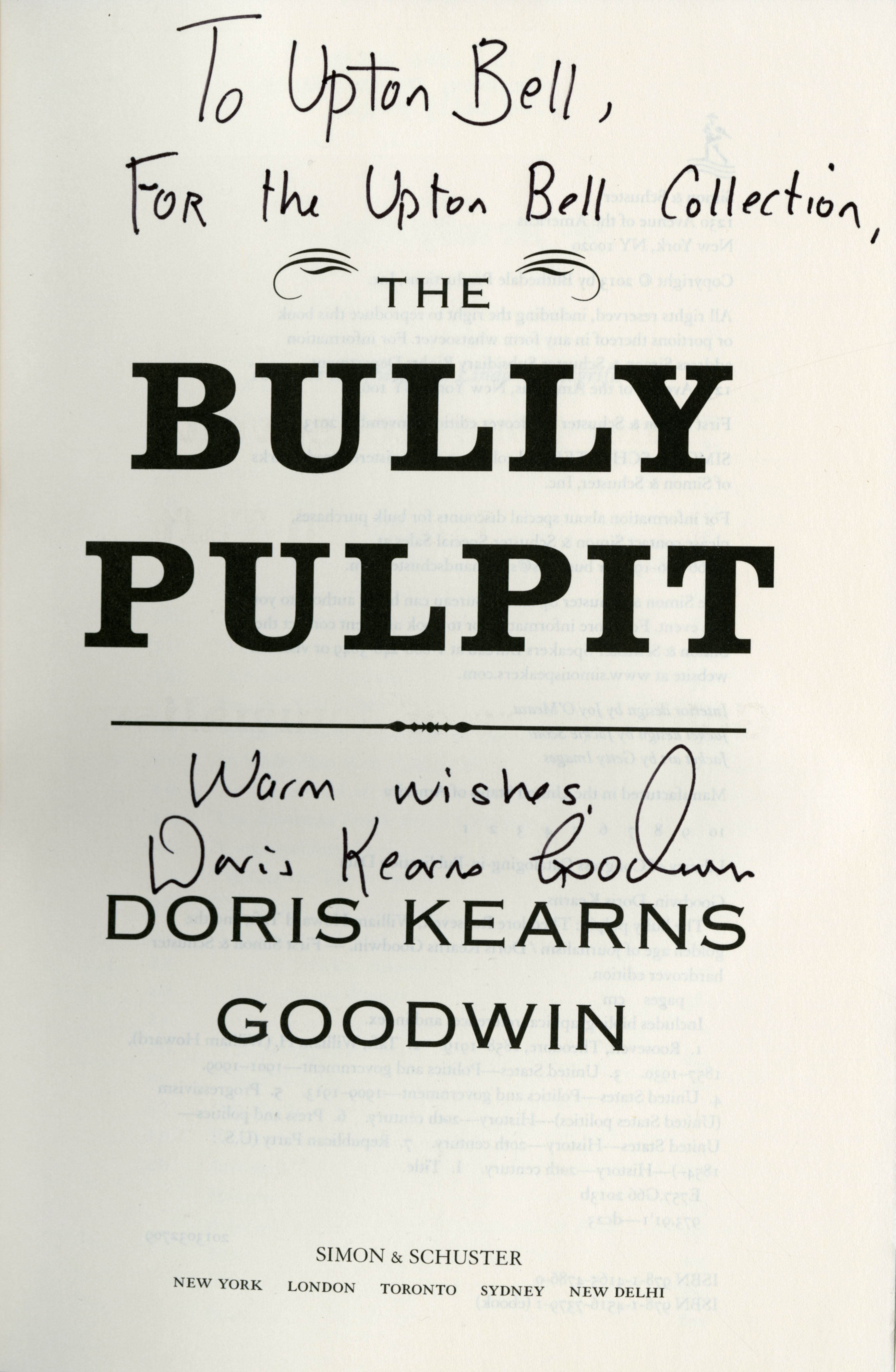 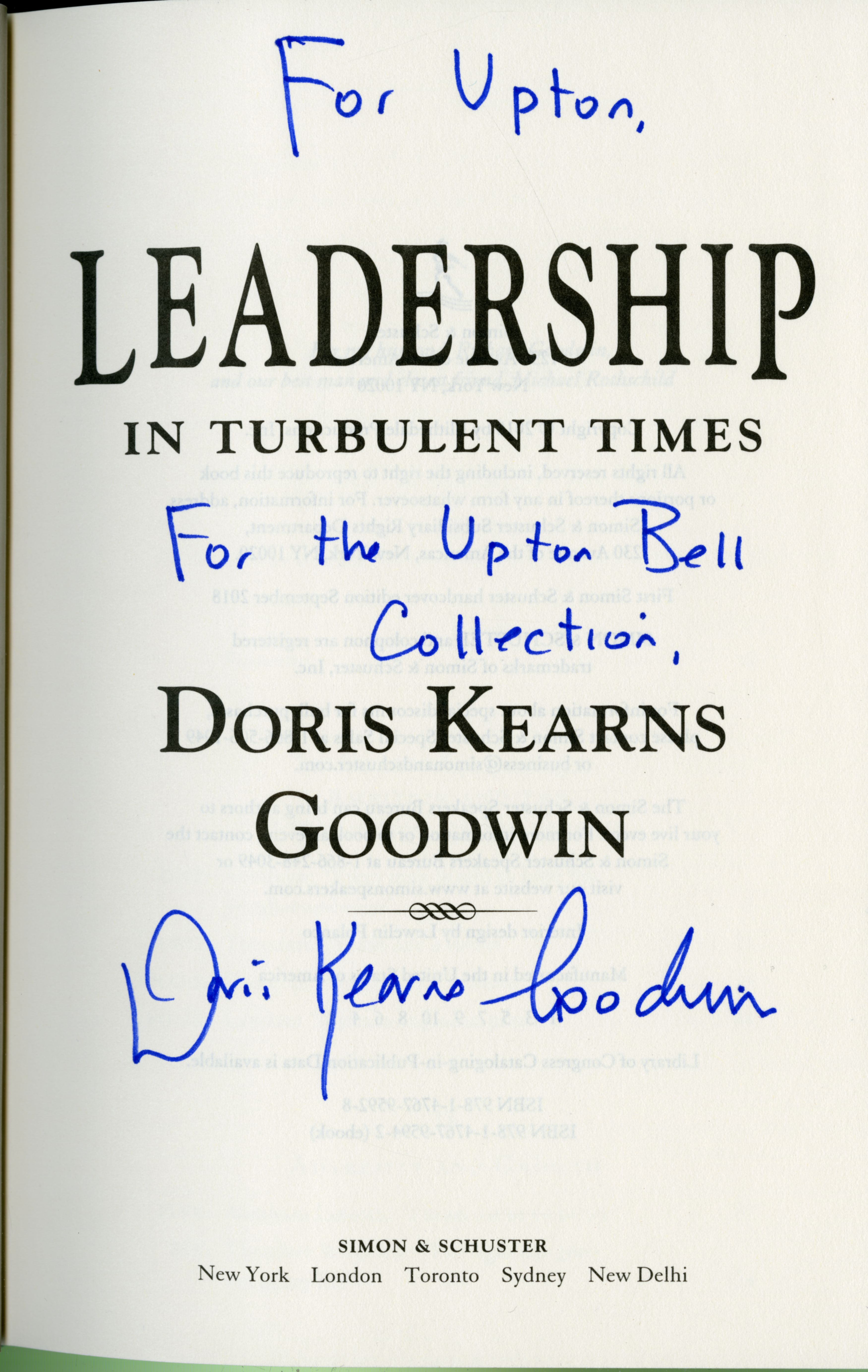 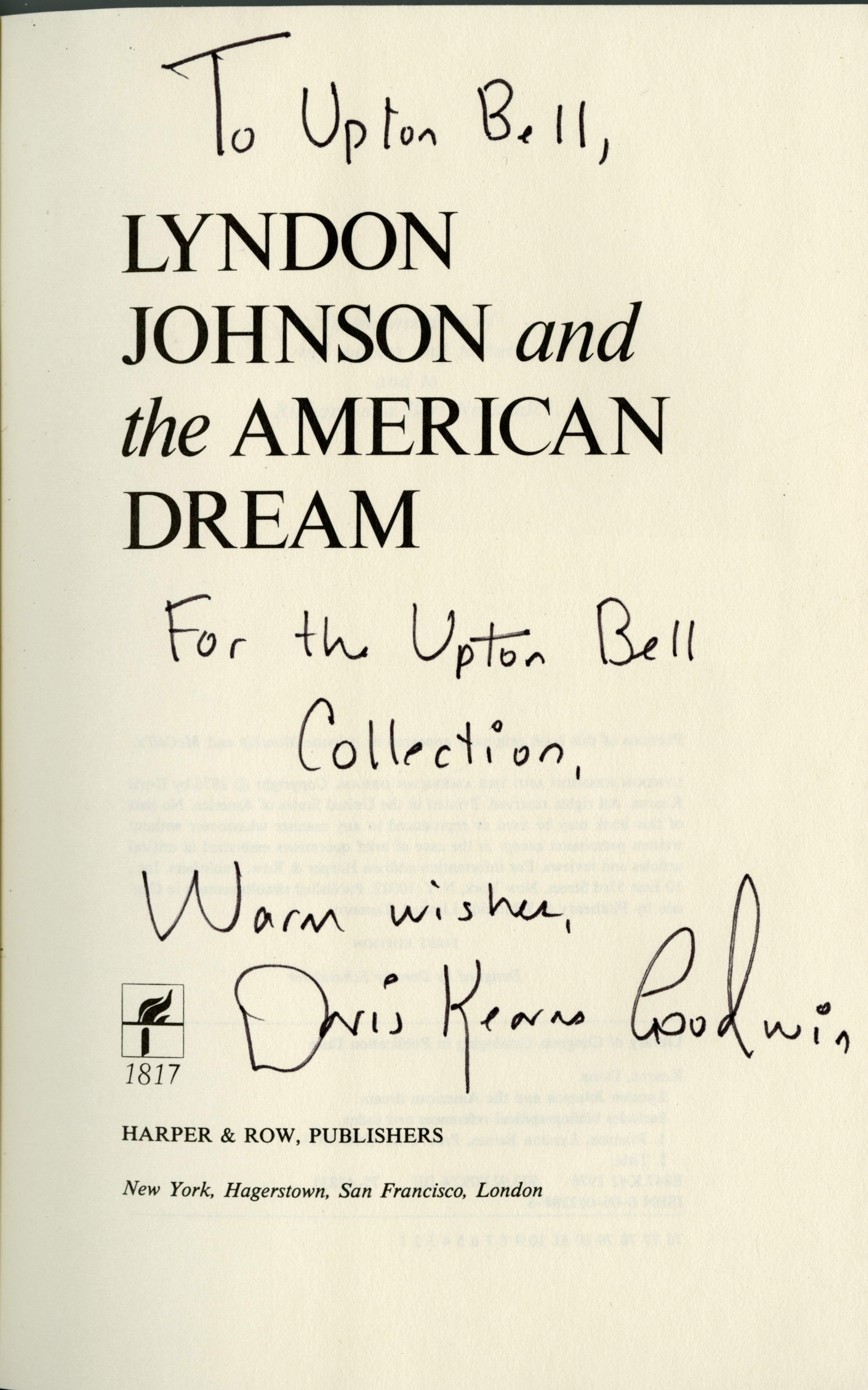 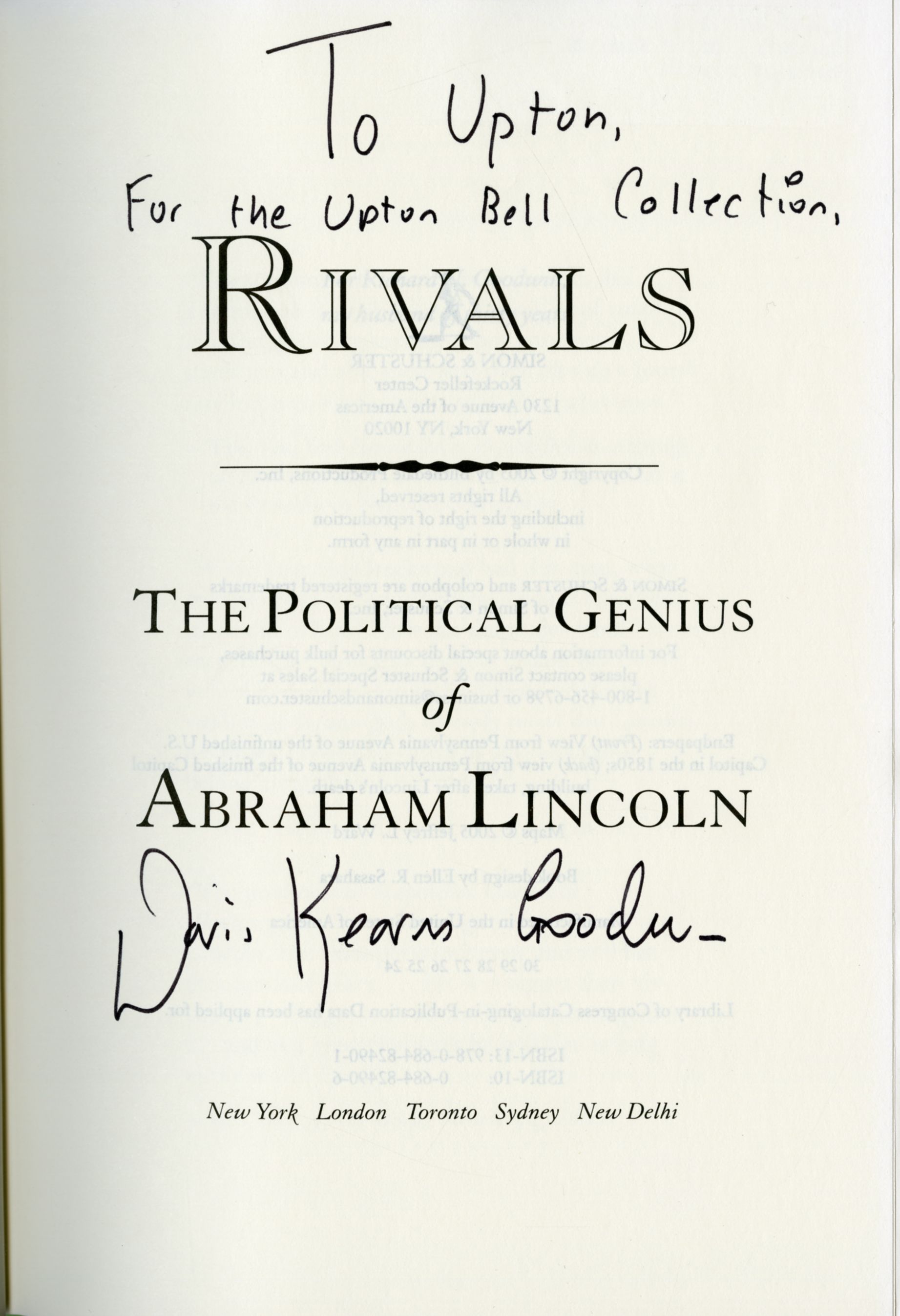 Inscription for No Ordinary Time 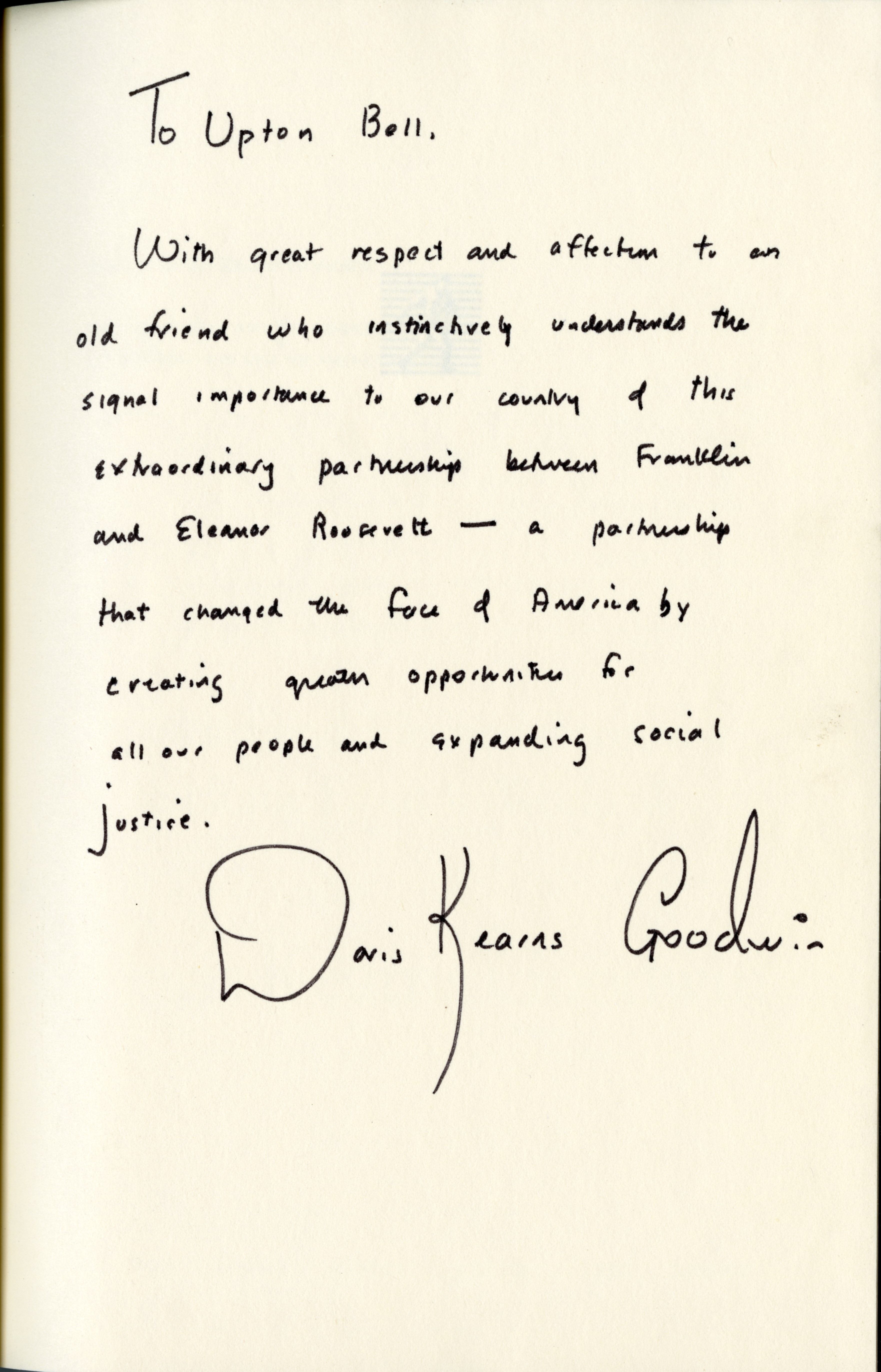 Andrew Carnegie Medal for Excellence in Nonfiction, 2014, for The Bully Pulpit

Charles Frankel Prize for Outstanding Contributions to the Public's Understanding of the Humanities, 1996

Pulitzer Prize Winner in History, 1995, for No Ordinary Time