Michael Eric Dyson is a professor, preacher, radio host, and an author. His books, Race Rules: Navigating the Color Line, and What Truth Sounds Like, are part of the Upton Bell Collection at UMass Lowell Libraries in O'Leary Library, 2nd Floor Special Collections. What Truth Sounds like includes a personal inscription. 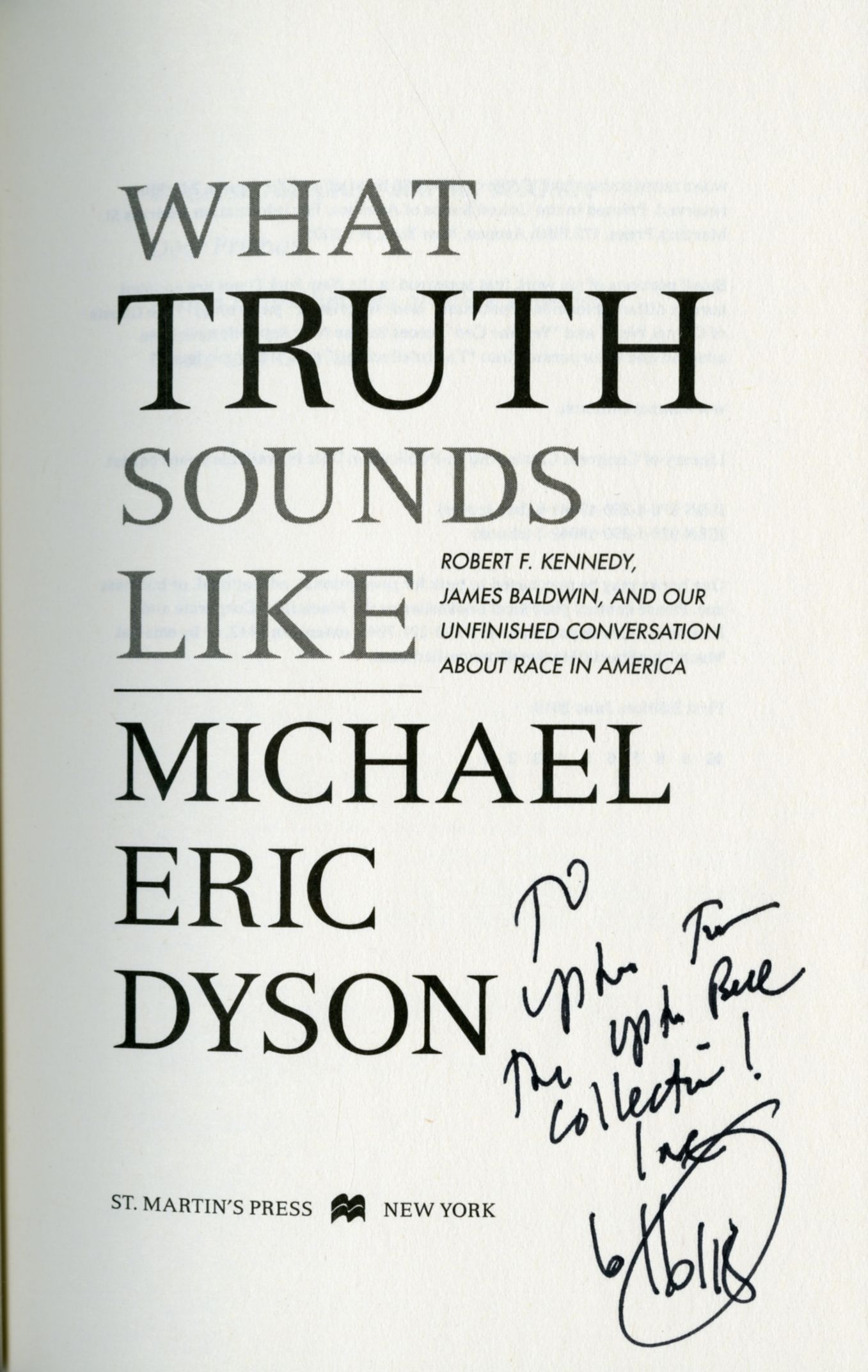