The Cocoanut Grove fire happened in Boston on November 28, 1942. It was and remains the deadliest nightclub fire in U.S. history, causing 492 deaths and 300 injuries. 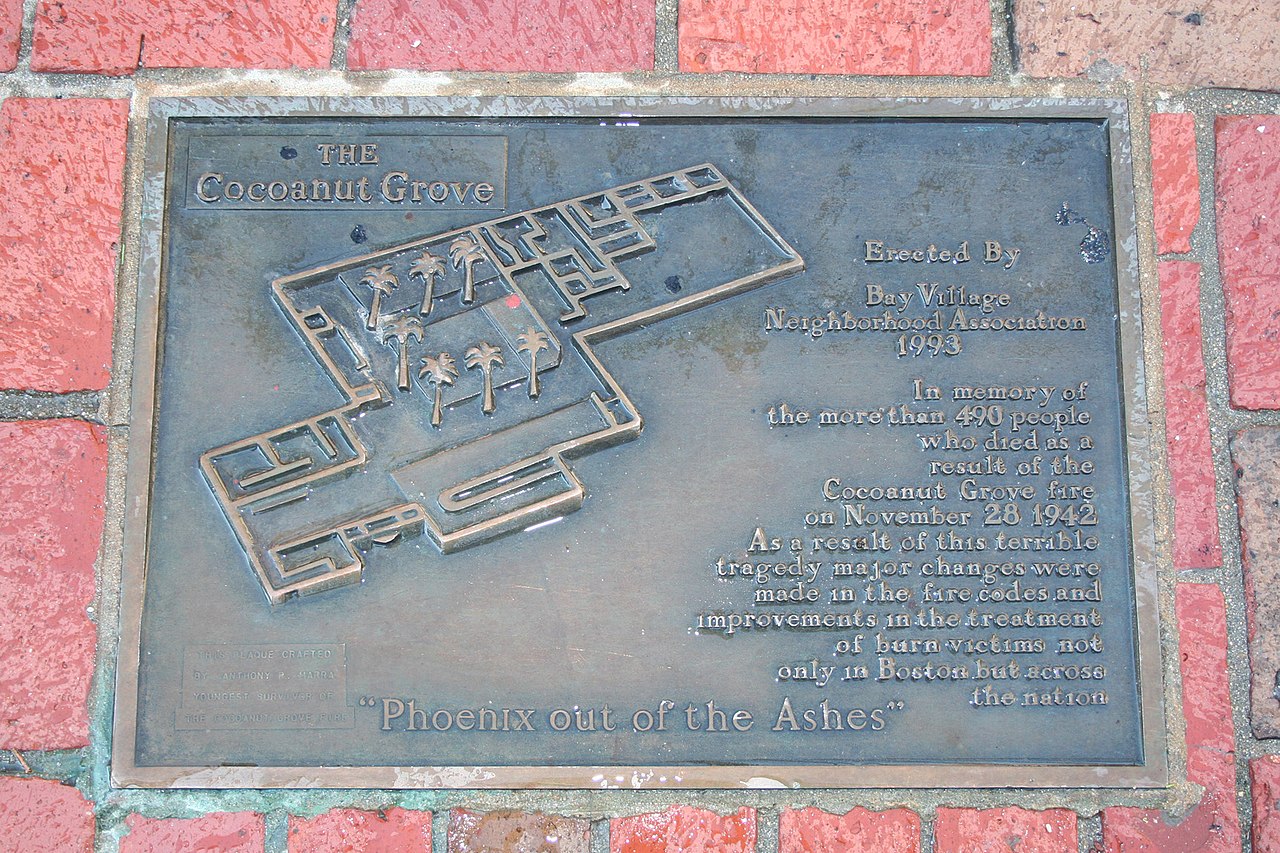 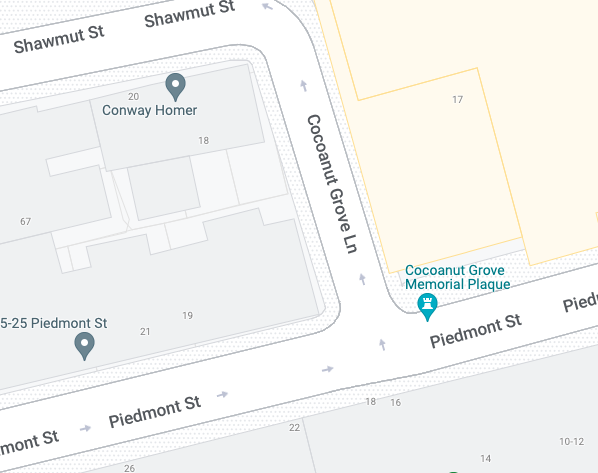 This plaque is located on the corner of Piedmont Street and Cocoanut Grove Lane (formerly the Shawmut Street Extension). The lane was renamed in 2013.

The Impact on Lowell 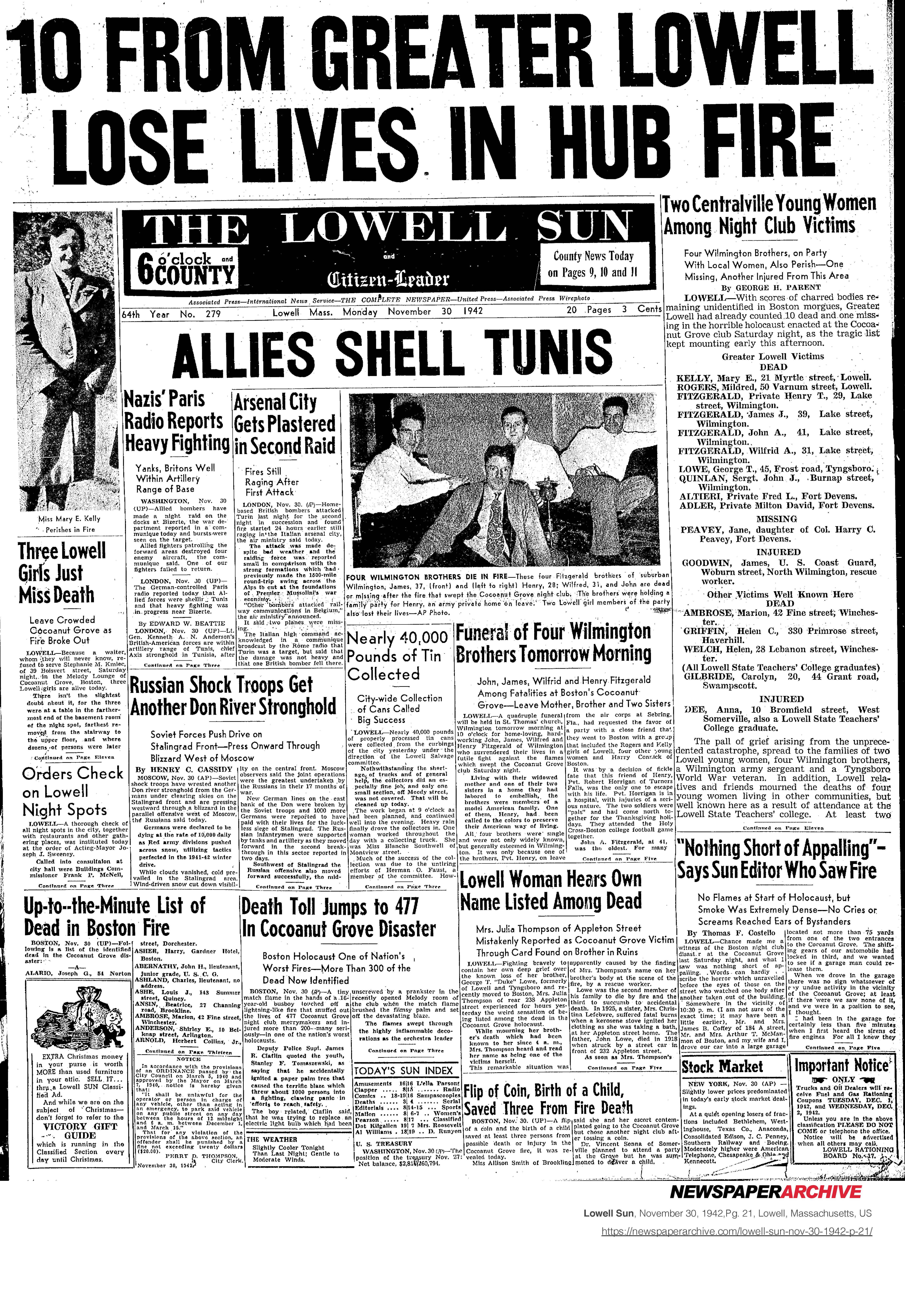 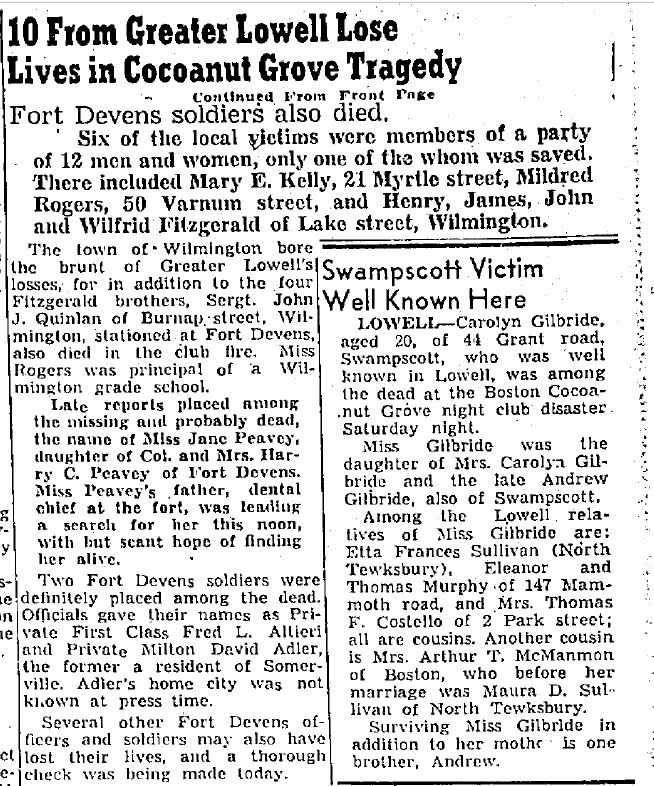 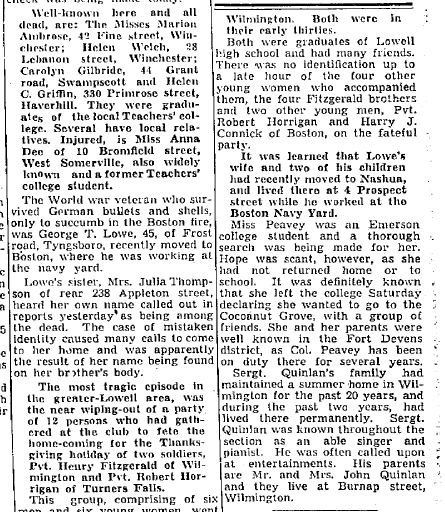 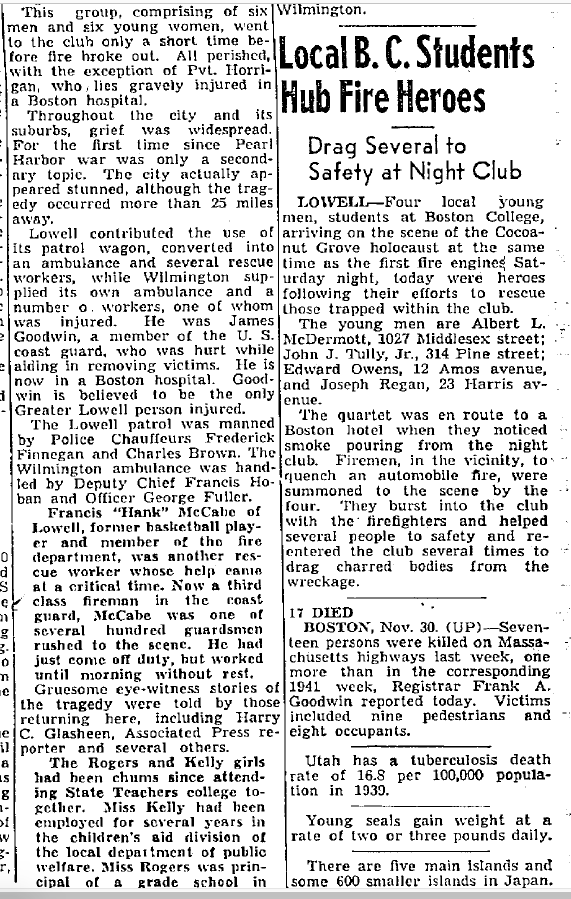 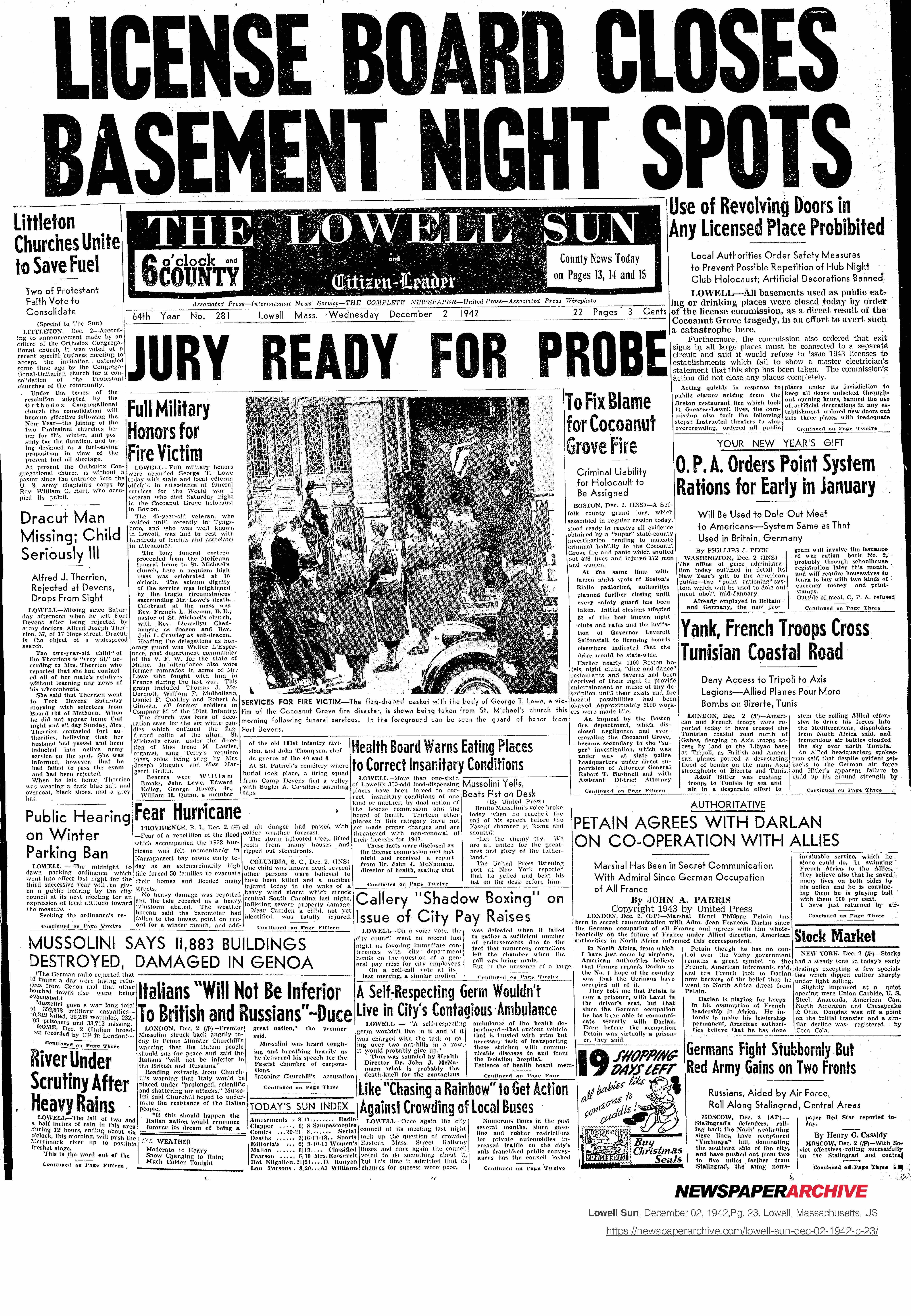 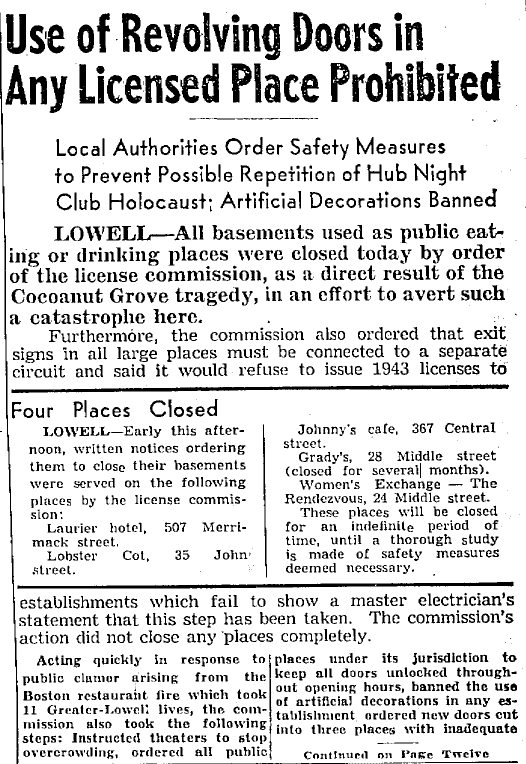 Report of the State Fire Marshal, Stephen C. Garrity of Lowell, to the Governor 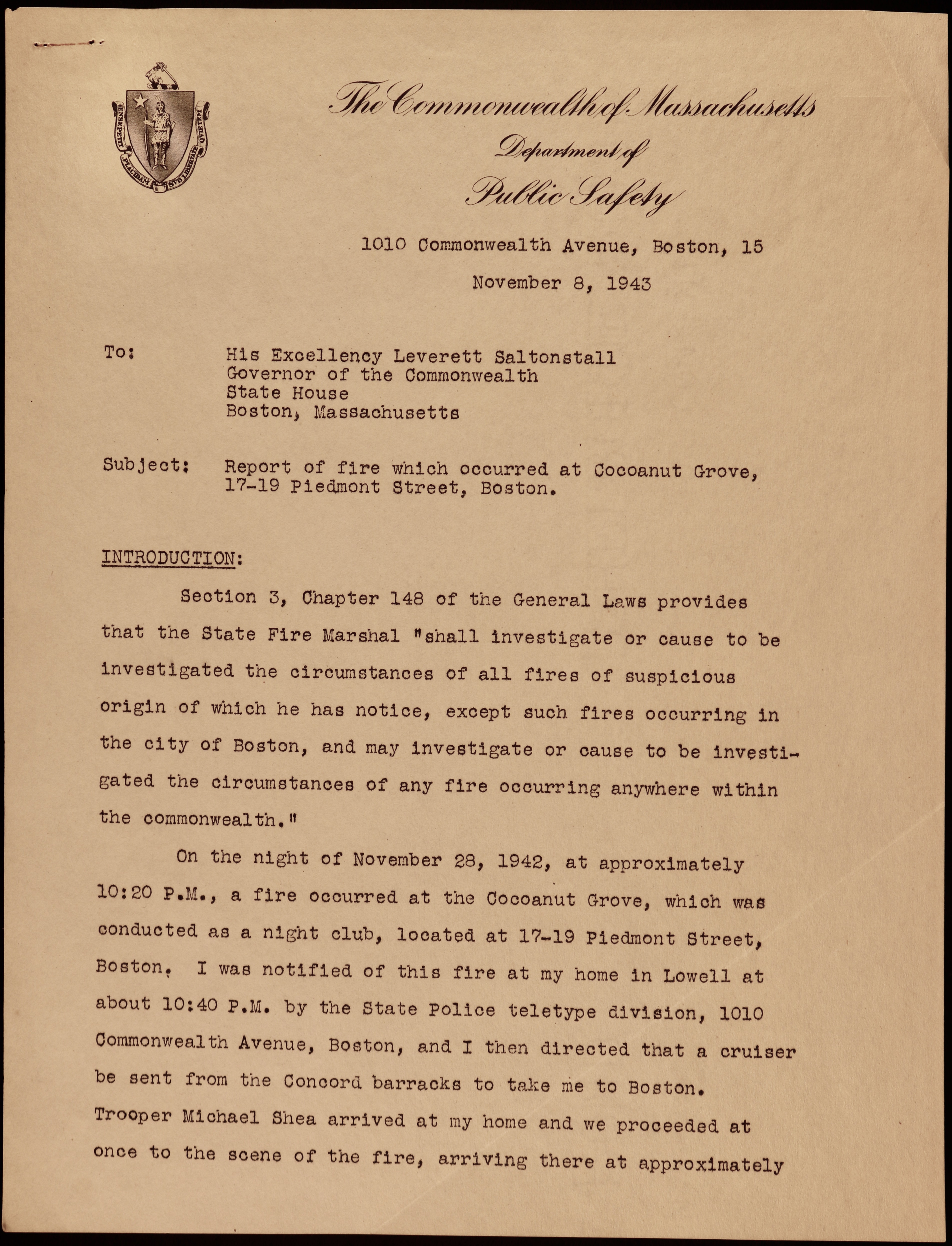 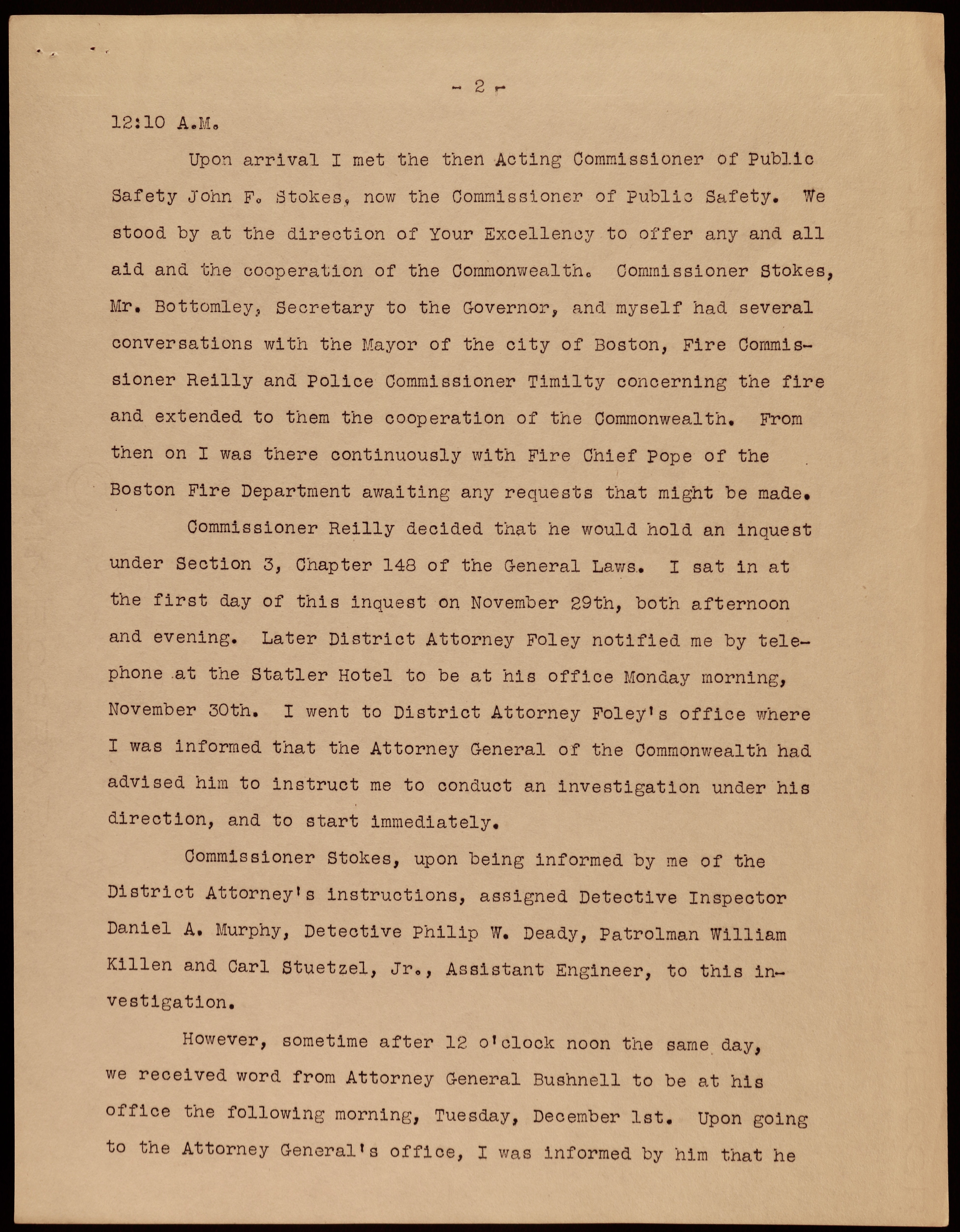 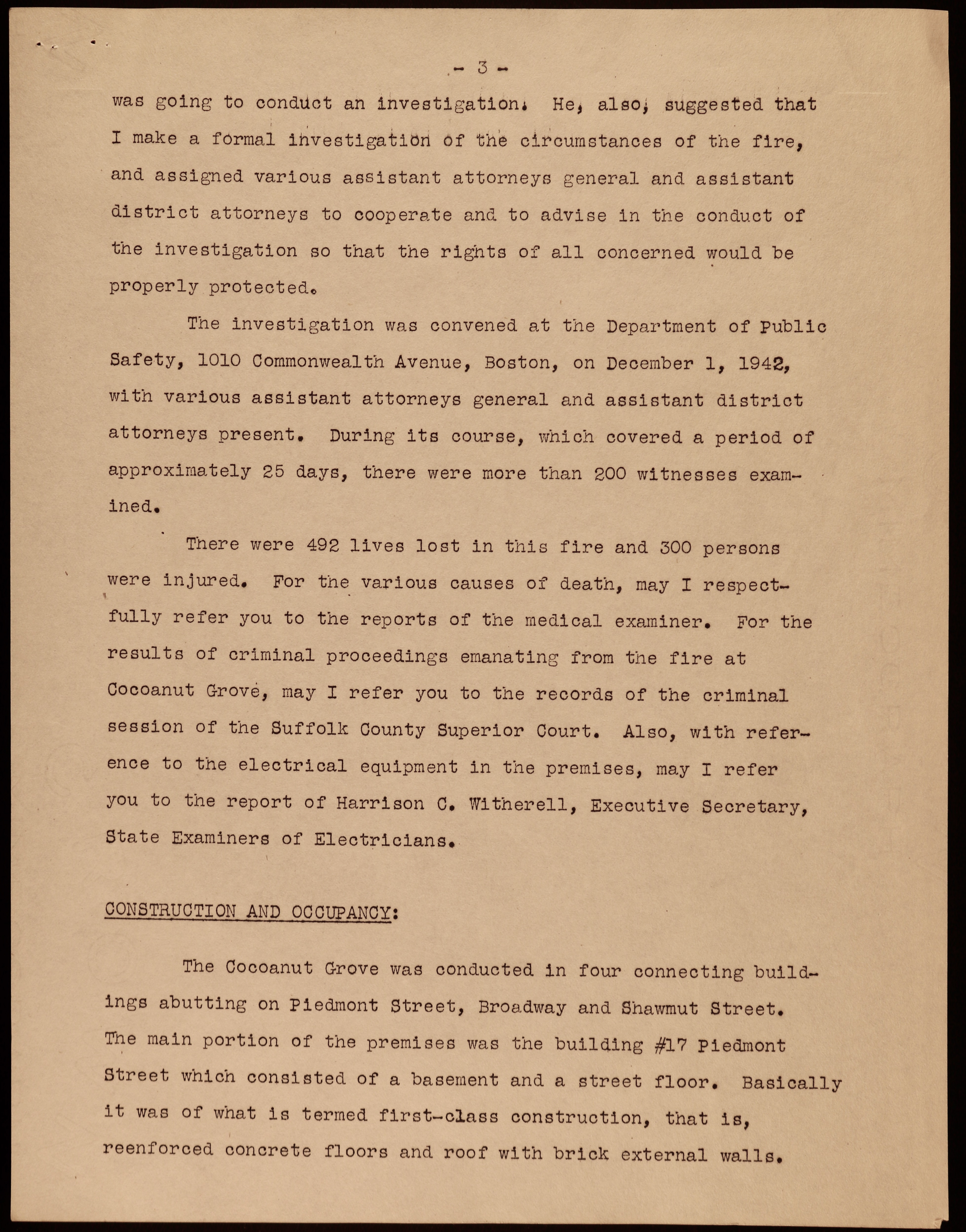 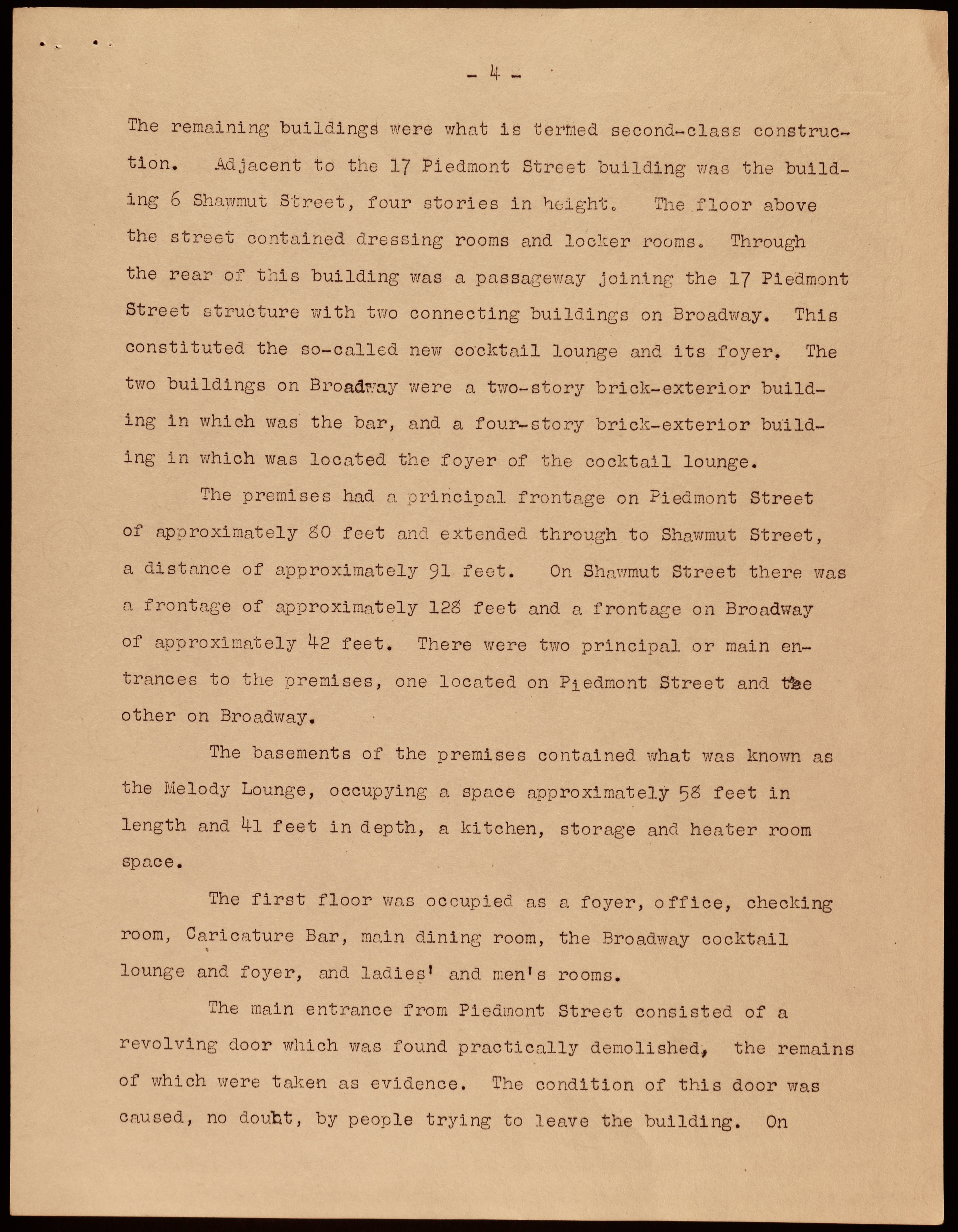 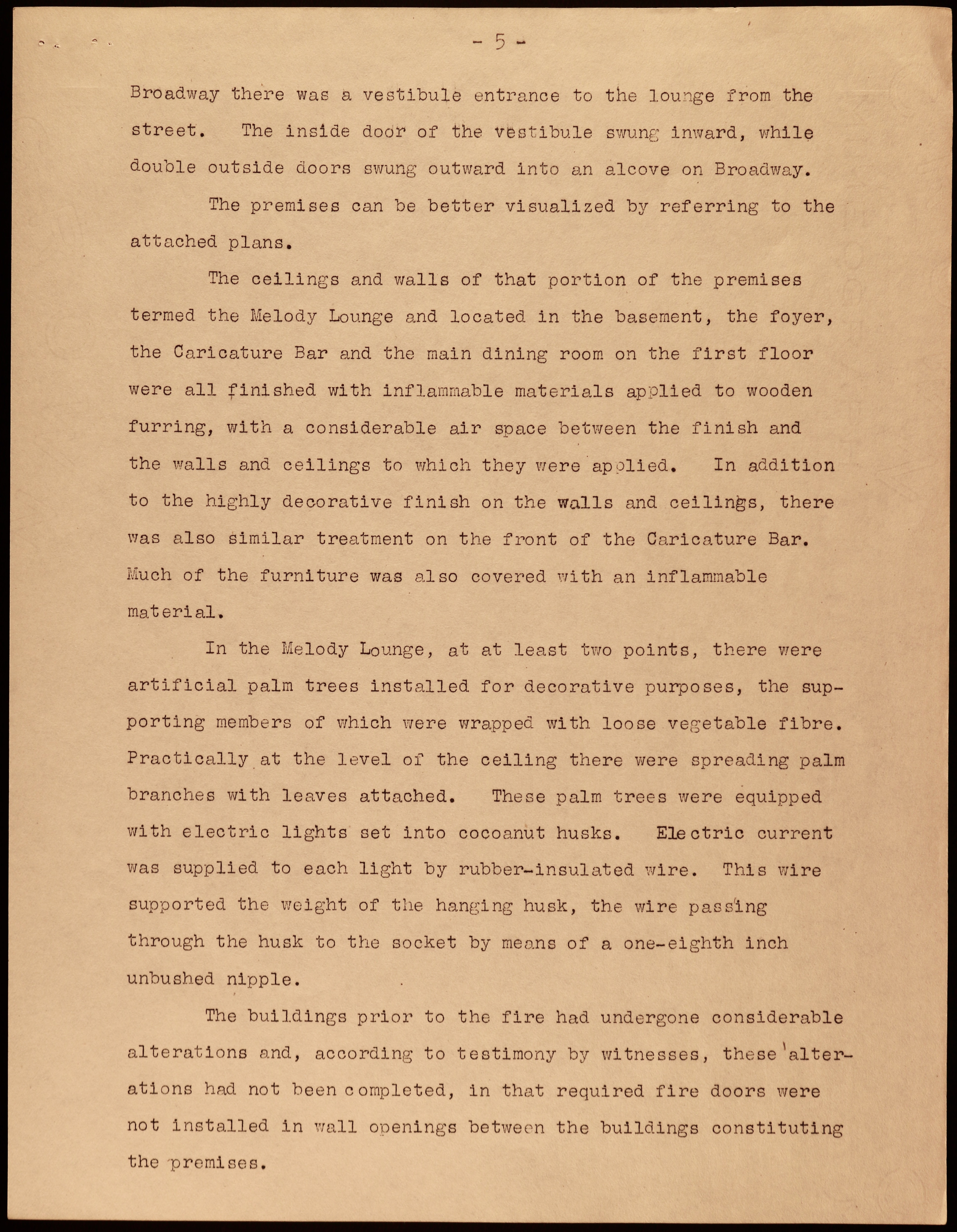 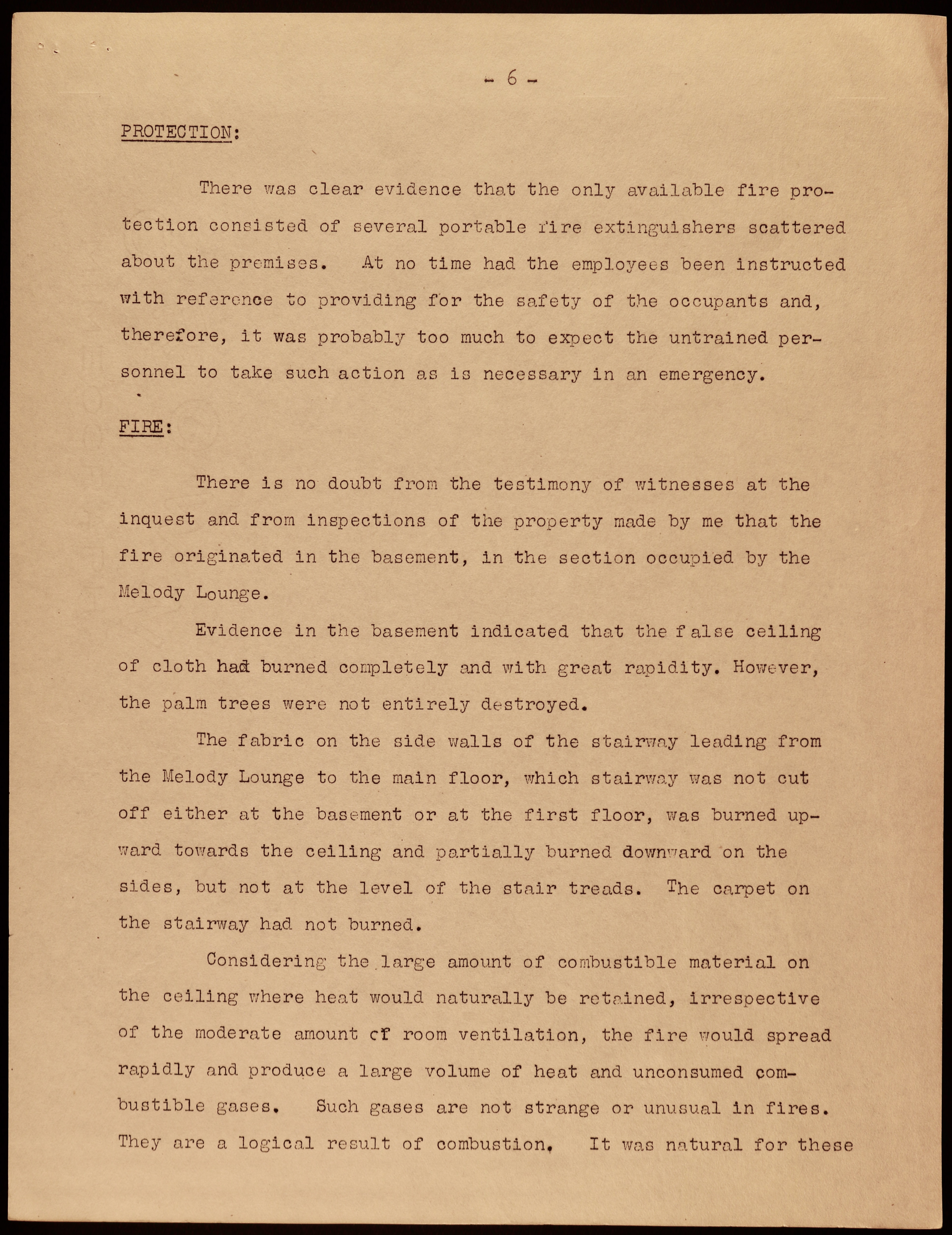 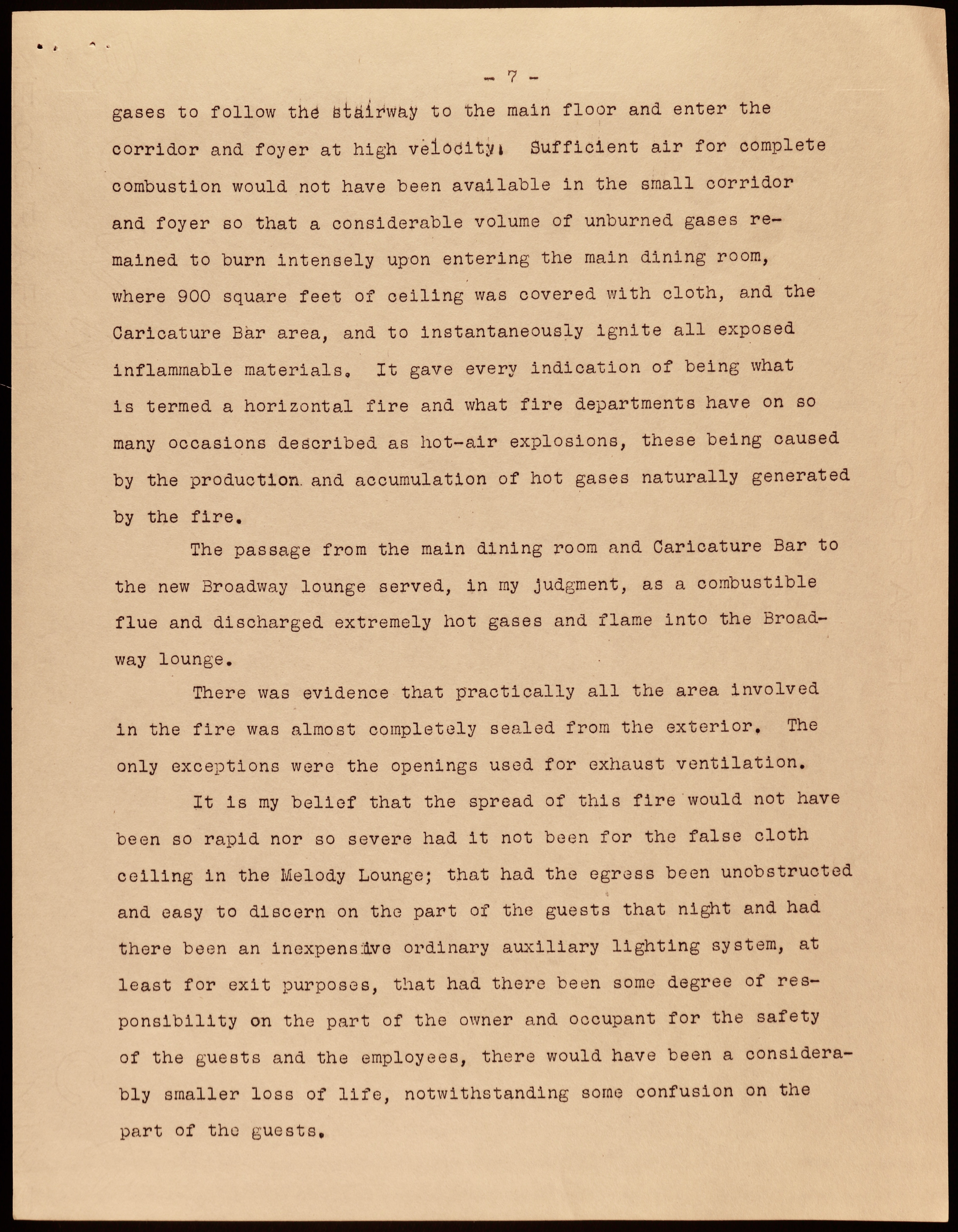 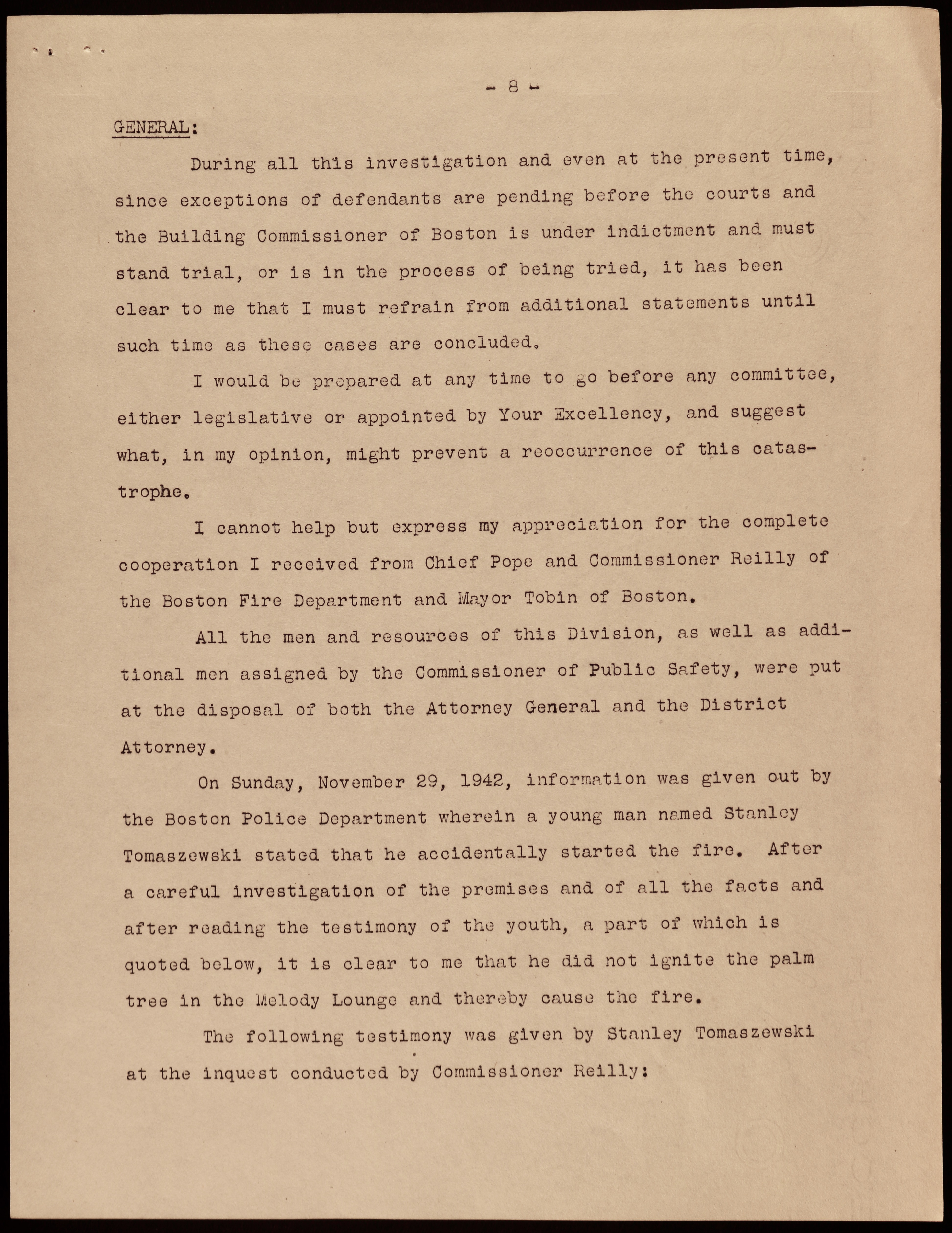 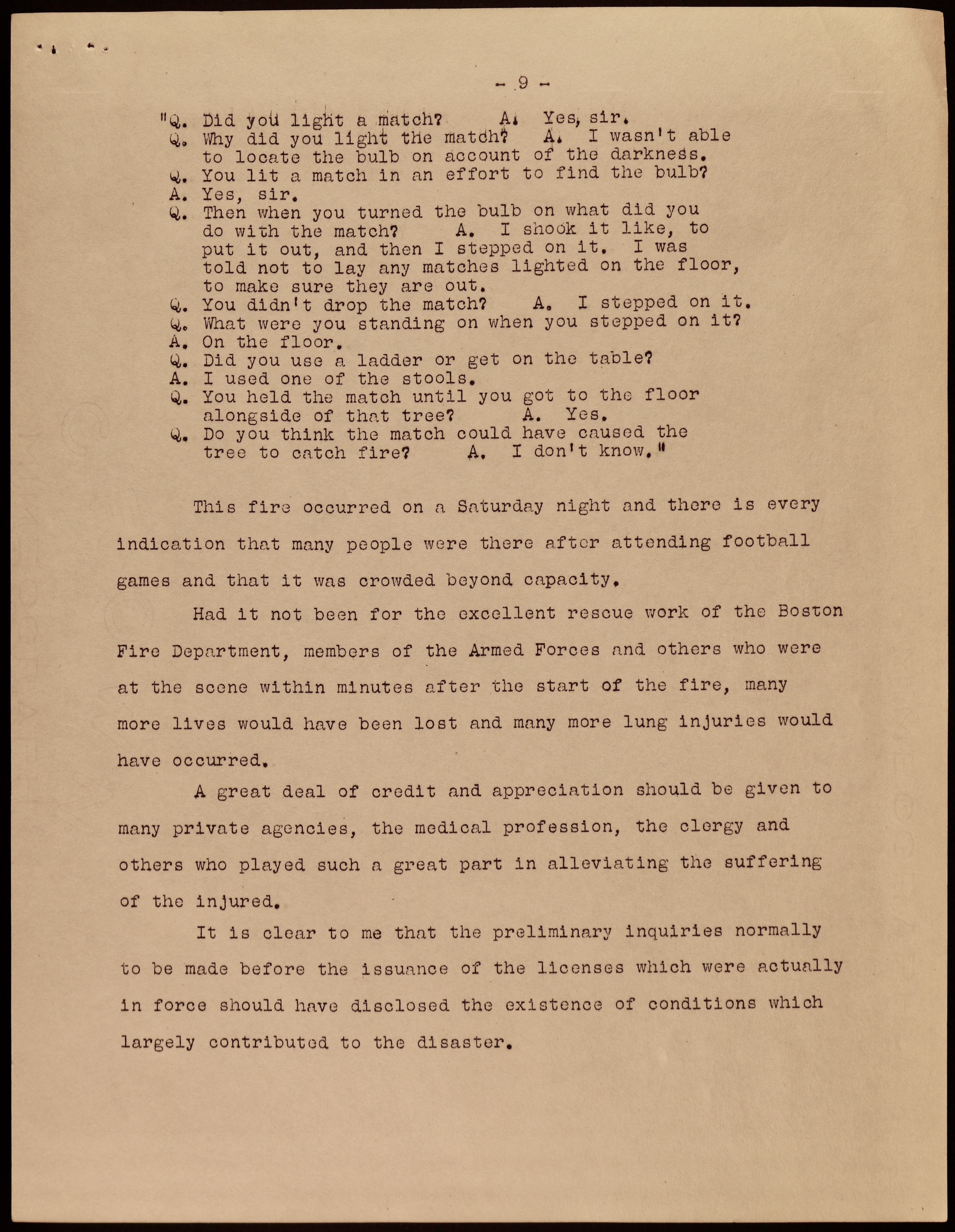 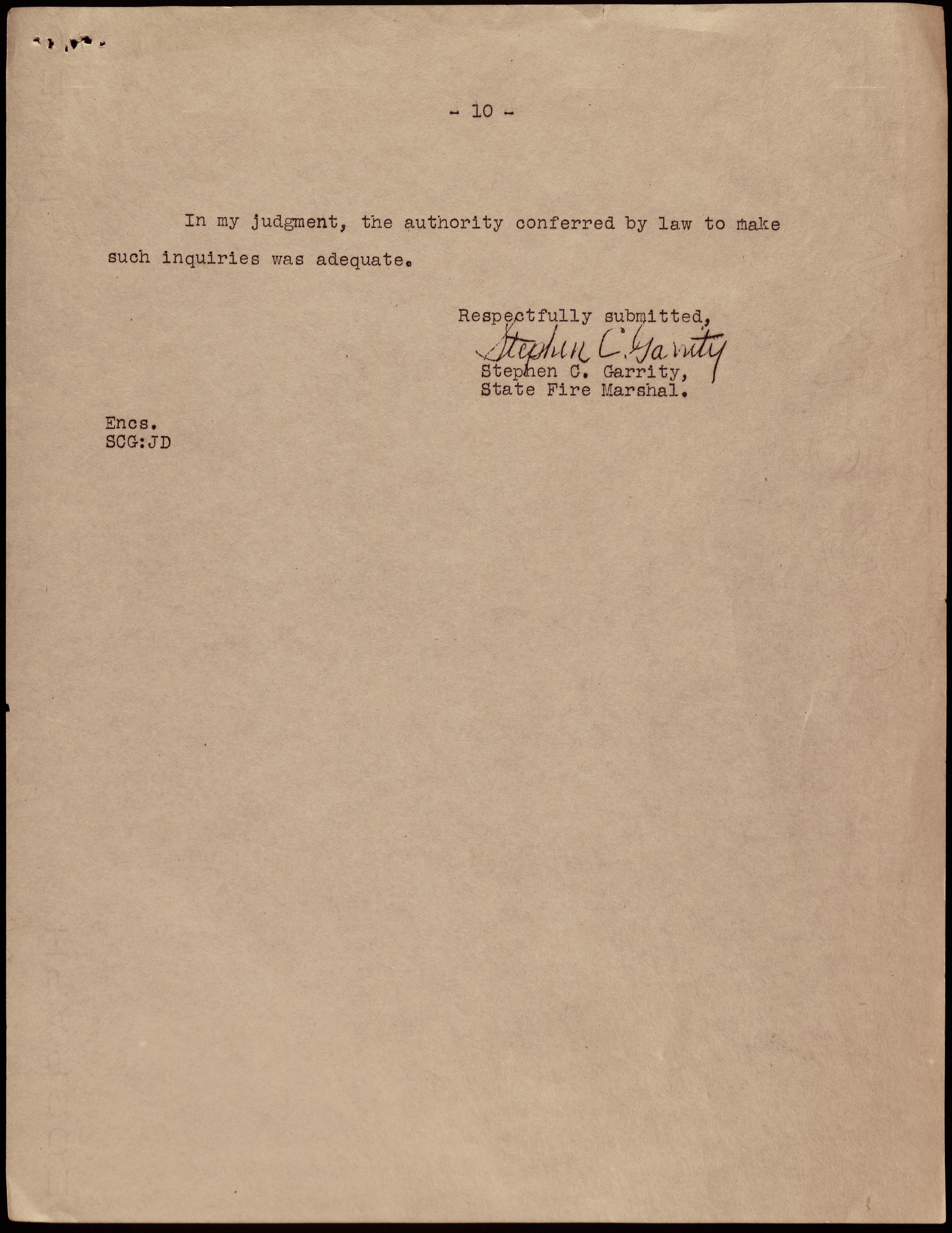 Right after the fire and for a period of time, a busboy’s match used to find an unlit bulb that had been unscrewed by a customer was accepted by many as the cause of the fire. To this day, some accounts of the fire still cite the busboy’s match as the cause. Even as some rose to his defense, saying that the overcrowding, flammable materials, lack of exits, and numerous other fire code violations that were the legal responsibility of the owner were the true cause of the disaster, the match was still believed to be the initial cause of the fire. We now know the initial cause was faulty wiring behind the false wall near where the match was lit, the electrical sparks ignited methyl chloride that was used at the time as a refrigerant accelerated the flames, and decorative and ceiling materials were highly flammable. Even with this cause identified, it is clear that the disaster would have been avoided or mitigated if precautions had been taken, safety procedures followed, and seating capacity limits observed.

Newspaper articles about the report 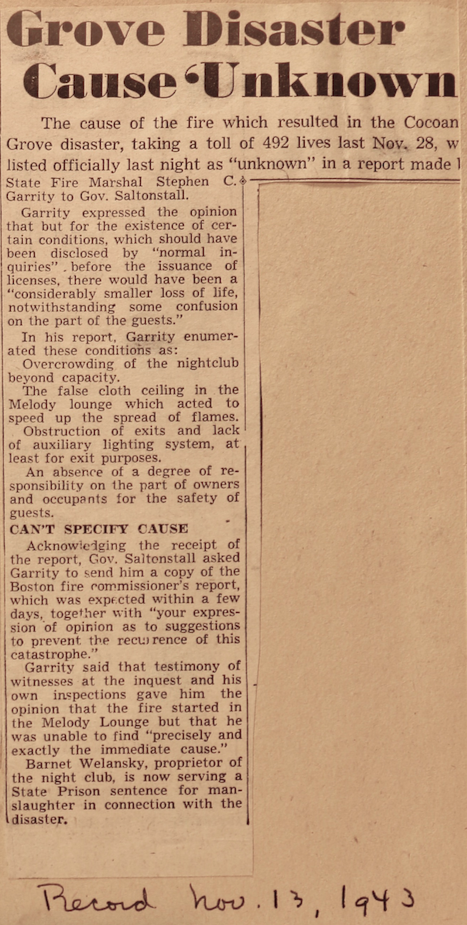 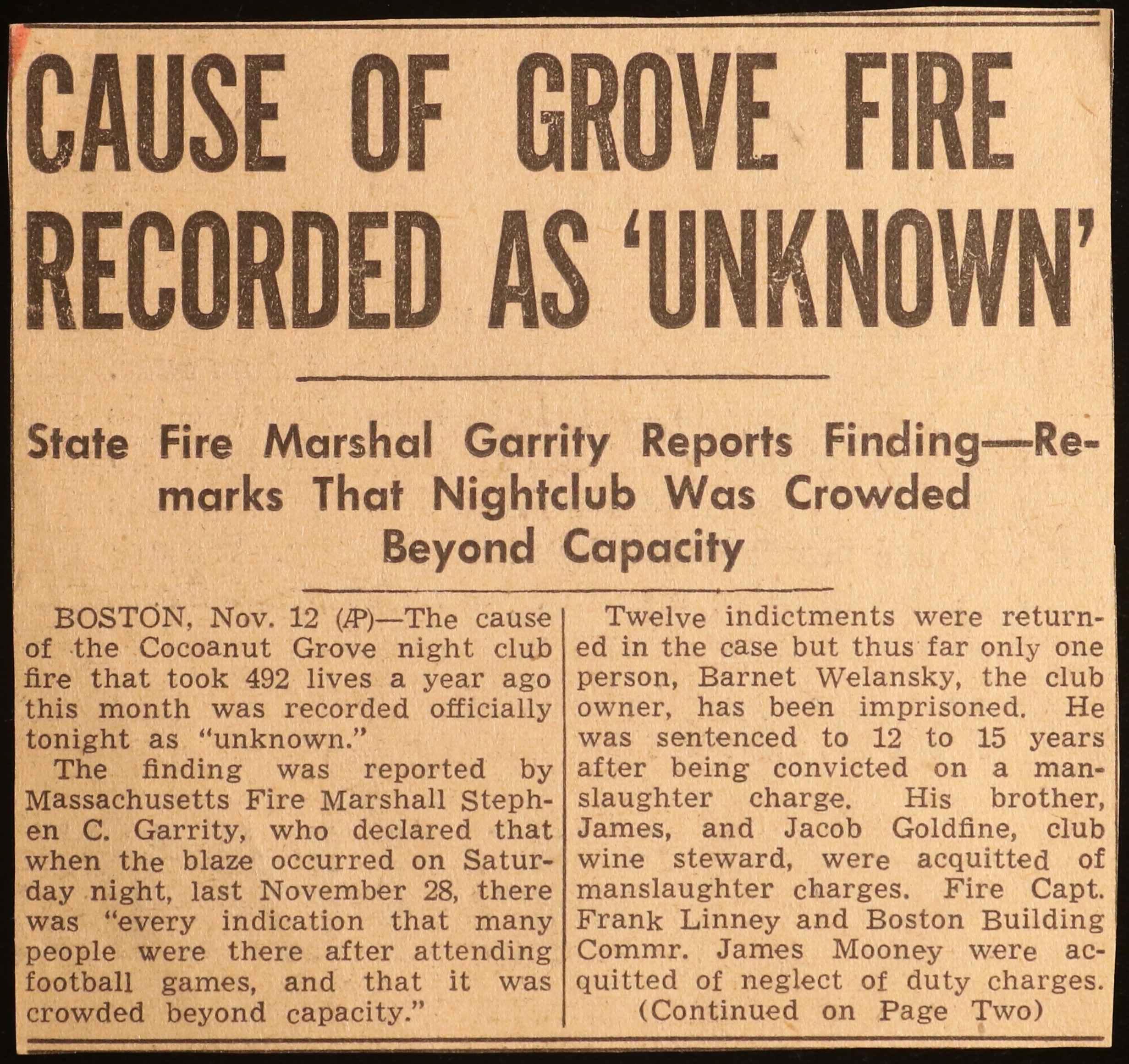