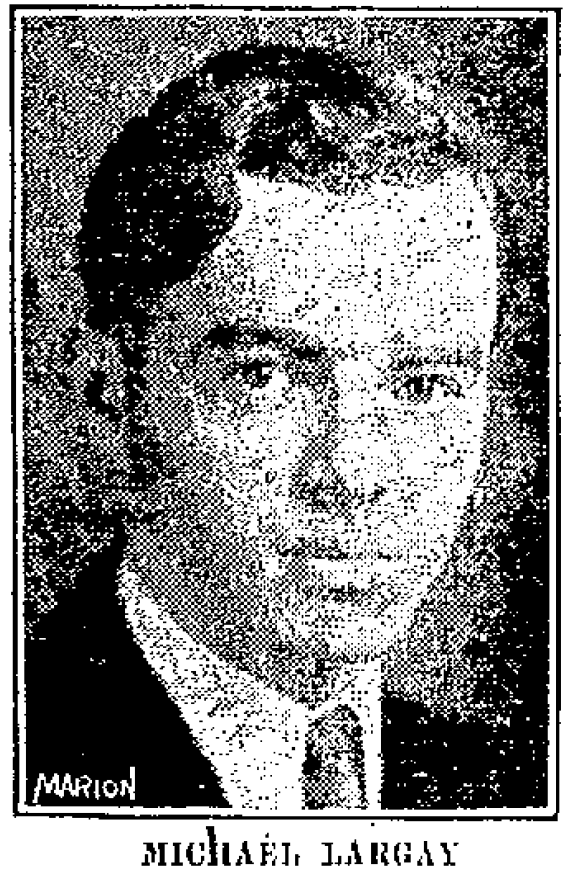 Michael Largay was the son of French Canadian immigrants. He attended Lowell High School and was president of his class, graduating in 1932. He won first prize in a public speaking contest for an essay entitled "The Immigrant - Is He a Menace?" delivering it in the Cyrus W. Irish auditorium. He contracted Tuberculosis as a young man and was a patient at Westfield Massachusetts Sanatorium. He wrote a story inspired by the experience entitled, The Enemy of Youth. During the late 1930s and early 1940s he launched "Alentour House" that publish limited edition books of poetry as well as "Alentour a national magazine of poetry" which Largay which he designed, contributed to, and set the type. Largay left Lowell for Southern California in the mid 1940s where he married his second wife Eleanor Muse. They had one son, Michael Largay Jr. Over the years Largay's poetry appeared in the New York Times, Los Angeles Times, and the Herald-Examier. He won several awards for his poetry including the World Of Poetry Contest Award of Merit for "WILLPOWER" in 1982. Largay suffered from diabetes and heart disease and died in Palm Springs California in 1991. 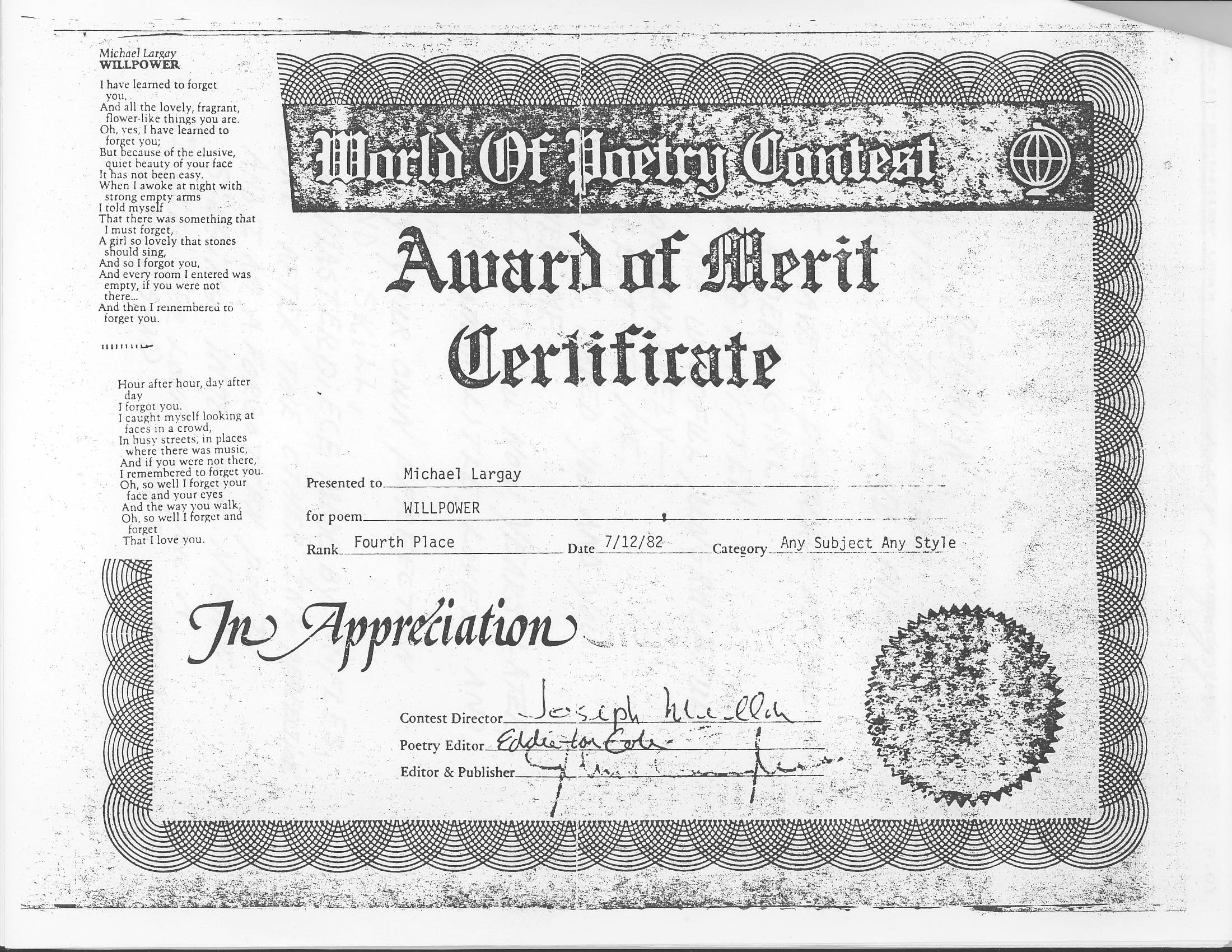 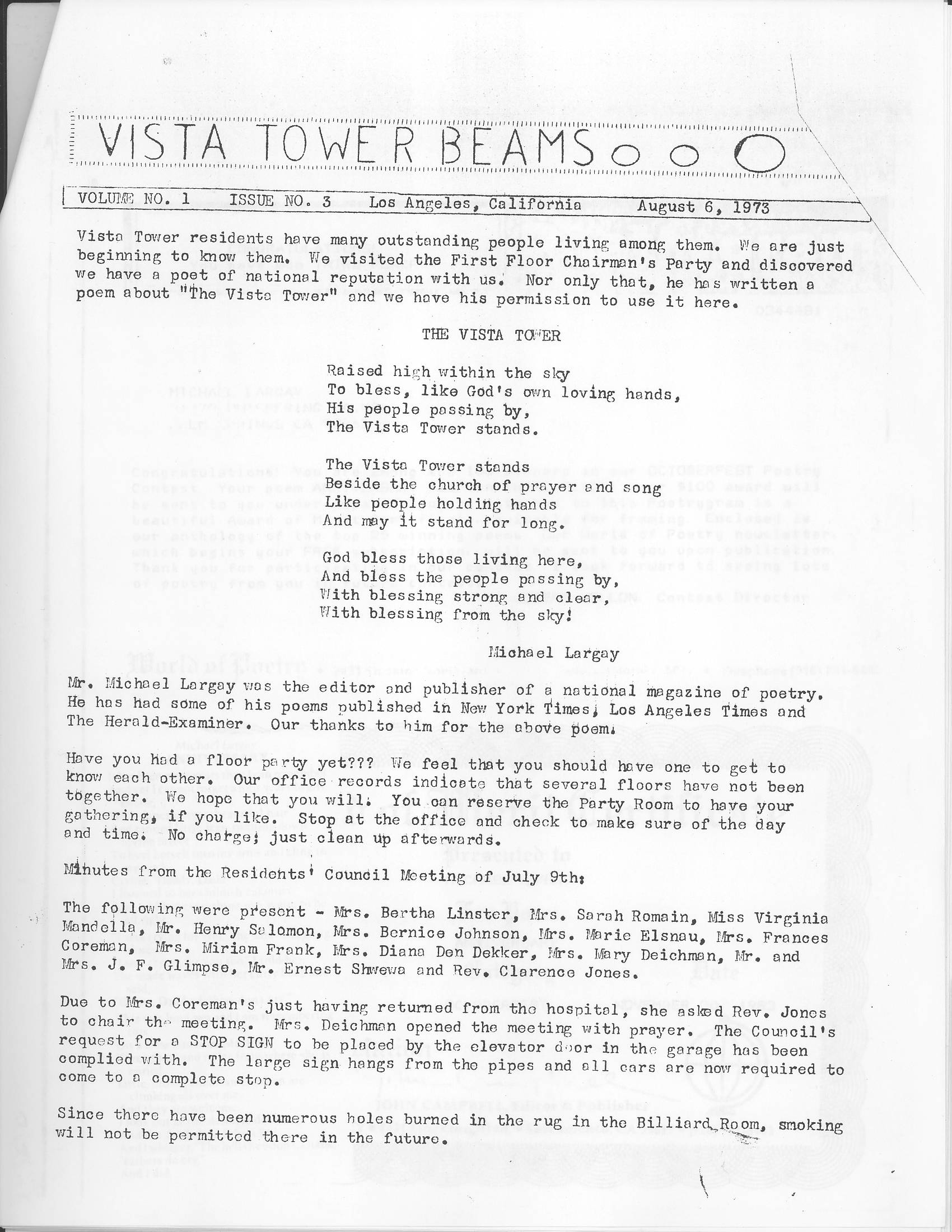 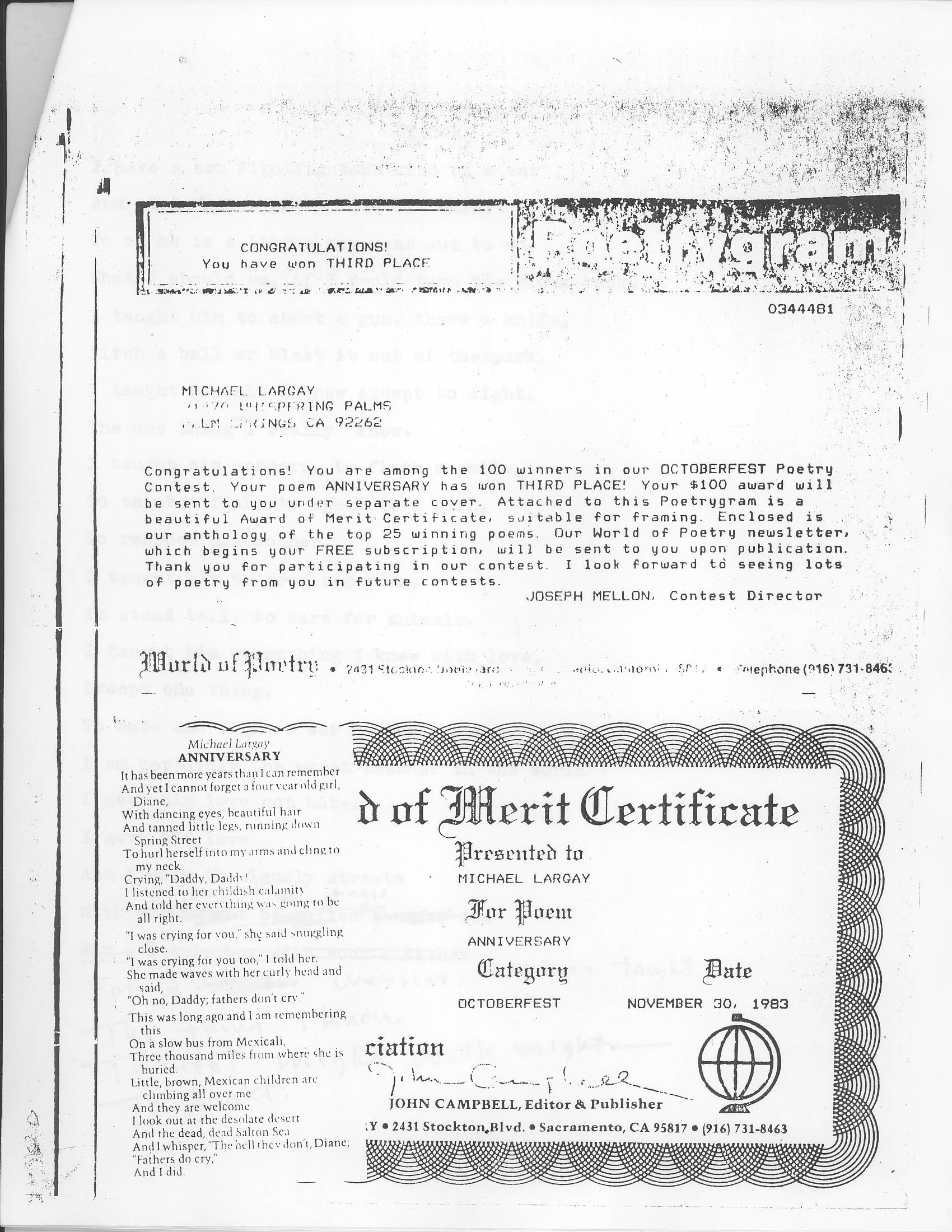 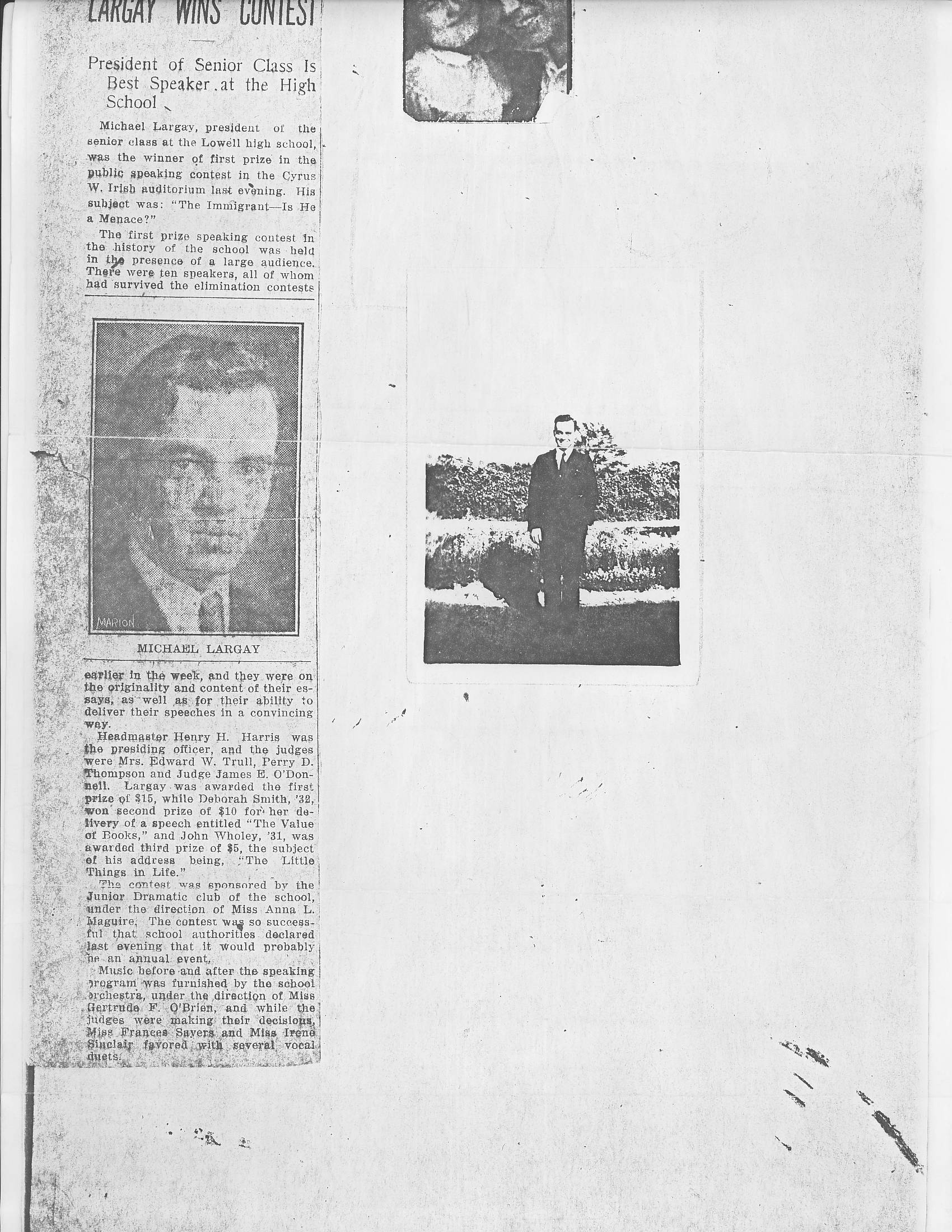 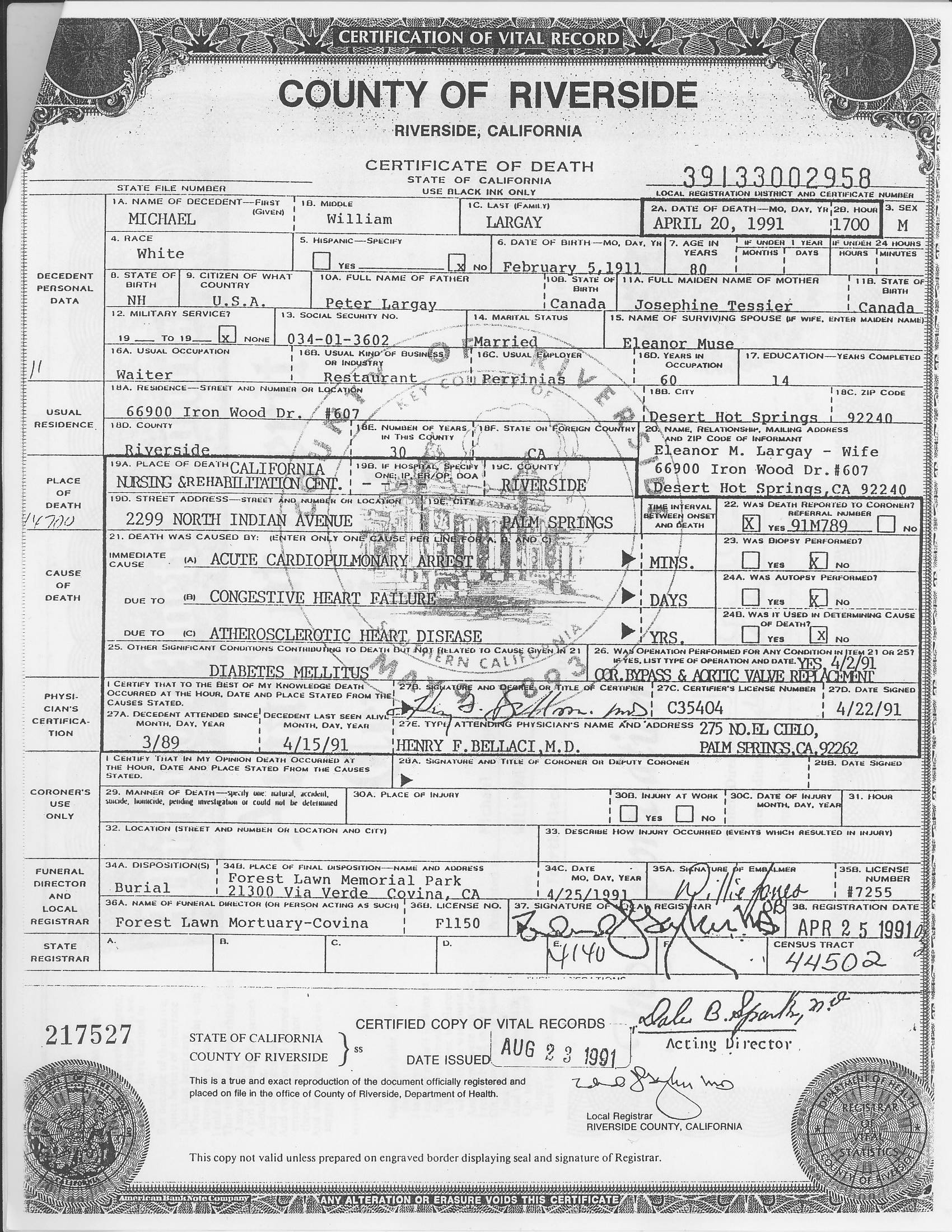 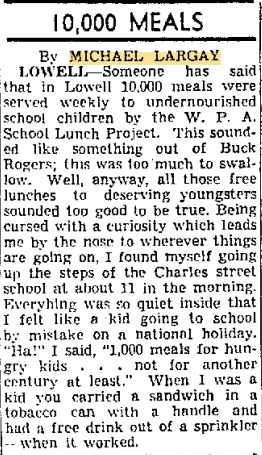 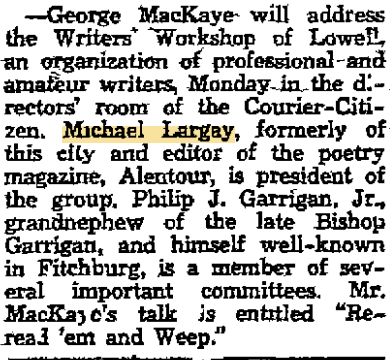 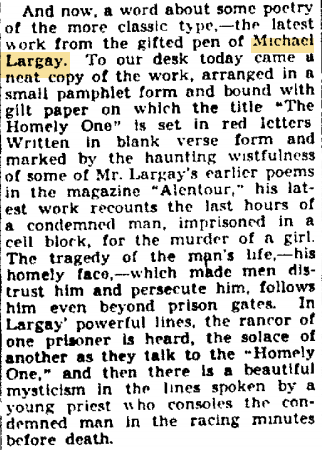