A collection of photographs taken by Gerald Dubois 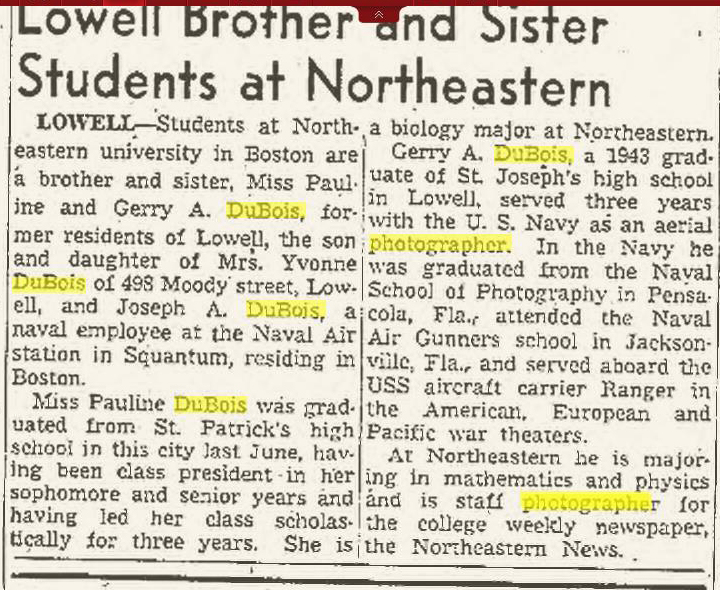 "Students at Northeastern university in Boston are a brother and sister, Miss Pauline and Gerry A. Dubois, former residents of Lowell, the son and daughter of Mrs. Yvonne DuBois of 498 Moody street, Lowell, and Joseph A. Dubois, a naval employee at the Naval Air station in Squantum, residing in Boston.

Miss Pauline DuBois was graduated from St. Patrick’s high school in this city last June, having been class president in her sophomore and senior years and having led her class scholastically for three years. She is a biology major at Northeastern.

Gerry A. DuBois, a 1943 graduate of St. Joseph’s high school in Lowell, served three years with the U.S. Navy as an aerial photographer. In the Navy he was graduated from the Naval School of Photography in Pensacola, Florida, attended the Naval Air Gunners school in Jacksonville, Florida, and served aboard the USS aircraft carrier Ranger in the American, European and Pacific war theaters.

At Northeastern he is majoring in mathematics and physics and is staff photographer for the college weekly newspaper, the Northeastern News." 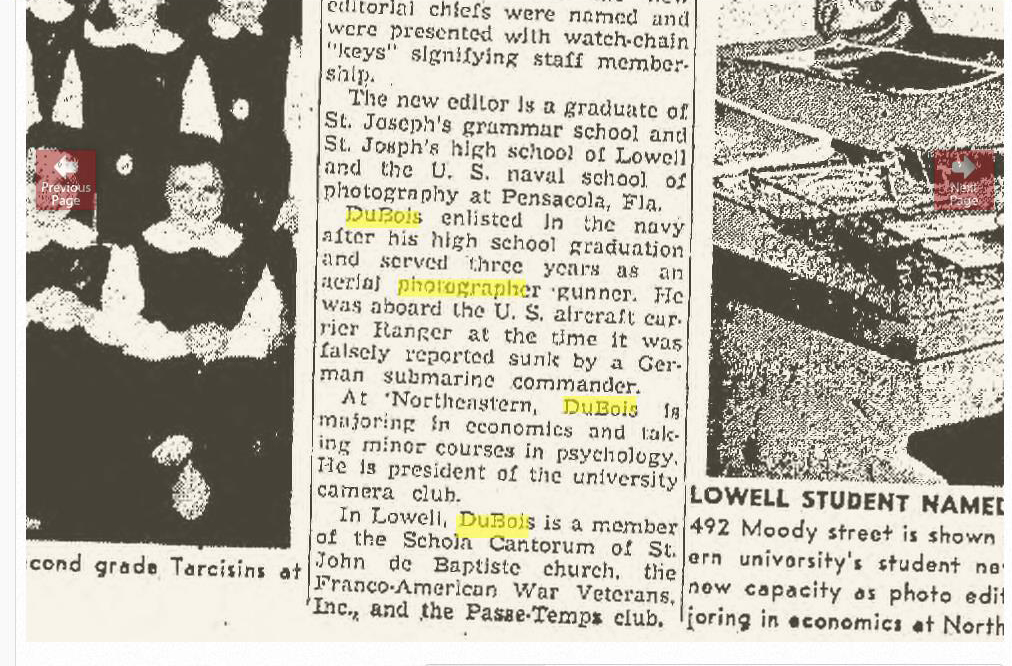 "The new editor is a graduate of St. Joseph’s grammar school and St. Joseph’s high school of Lowell and the U.S. naval school of photography at Pensacola, Florida.

DuBois enlisted in the navy after his high school graduation and served three years as an aerial photographer gunner. He was aboard the U.S. aircraft Ranger at the time it was falsely reported sunk by a German submarine commander.

At Northeastern, DuBois is majority in economics and taking minor courses in psychology. He is president of the university camera club.

In Lowell, DuBois is a member of the Schola Cantorum of St. John de Baptiste church, the Franco-American War Veterans Inc., and the Passe-Temps club." 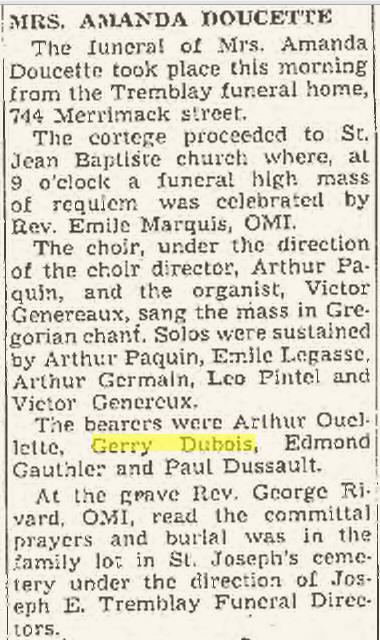