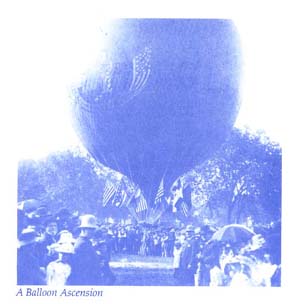 THE COLLECTIONS
"Any person shall be eligible to membership who was resident in Lowell twenty-five years, and attained the age of forty-five years."  These were the membership requirements of the Old Residents Historical Association (ORHA) when it was formed in 1868.  Their mission was to “collect, arrange, preserve, and perhaps from time to time publish, any facts relating to The History of the City of Lowell, and also to gather and keep all printed or written documents, as well as traditional evidence of every description, relating to the city."

According to Frederick W. Coburn in History of Lowell and Its People (1920), in November 1868, “a meeting was called at the bookstore of Joshua N.  Merrill.  Fifty-four persons were present.  The attendance at the next meeting on December 21, was so large that it was necessary to adjourn to Jackson Hall, where the constitution was read and adopted and officers chosen as follows: President, John O. Green, Vice-President, A. L. Brooks; Secretary and Treasurer, Z. E. Stone.”  At the time there were 45,000 people living in Lowell.

By 1902, the pool of eligible members had all but
disappeared.  The Association then reorganized itself as the Lowell Historical Society with open membership.  The Society occupied two rooms adjacent to Memorial Hall in the city’s new public library.  The Society was noted for its publications of papers and talks delivered at its meetings.  A fire at the library in 1915 caused extensive smoke and water damage to the collections, much of which were moved to the attic of the Green School across the street until Memorial Hall was reconstructed in 1917.

During the first half of the 20th century, the Society concentrated on developing its collections of early Lowell.  In the 1960's, a reassessment of the Society's purpose led to expand collection activities, and additional exhibits, public programs, and publication efforts.  In 1971, the Society's collections of manuscripts, photographs, and books were transferred to Lowell Technological Institute (now University of Massachusetts Lowell, Center for Lowell History) where they were cataloged and made available to the public for research.  Recently, the Society's paintings and prints, clothing, and artifact collections have been housed at the Whistler House Museum of Art and the Rectory of St. Anne's Church.

The Society's collections of maps, photographs, manuscripts, books, pamphlets, and artifacts are particularly noteworthy.  The first daguerreotype produced in the city and the diaries of Rev. Theodore Edson are among the gems in the collection.  The Society's collections have been a valuable resource for researchers, planners, and exhibit designers over the past 20 years as the National and State Parks have been developed in Lowell.  Objects, documents, and photographs on loan to the Parks are incorporated into exhibits at the Visitor Center, Mogan Cultural Center, and Boott Cotton Mills Museum.

The Society's collections of paintings and prints, clothing, and artifacts give added depth to the
personality of Lowell.  For example, there are numerous portraits of 19th century Lowellians - merchants and minor public officials - many painted by Thomas Bayley Lawson.  The portraits of by R.W. and S.A. Shute dating from the 1820's and 30's are extraordinary examples of folk art.  The subjects of the Shutes' paintings include a mill operative and town crier.  An original “mill girl” dress and parts of the uniforms of Luther C. Ladd and Addison O. Whitney, two Lowell men who were the first Union casualties of the Civil War, are notable items among the clothing.  The collection does include a few large pieces such as an 1870's hose reel for fire-fighting, a fishbelly rail from the Boston and Lowell Railroad, and Kirk Boott's pew from the Unitarian Church.

Above all, the collections are about the people of Lowell.  These various elements of the story help us to understand our heritage, to know who we are and where we come from.  As the Lowell Historical Society opens an exciting chapter in its history with a new home and renewed energy, the Society will continue to collect pieces of the Lowell story for the benefit of present and future generations.