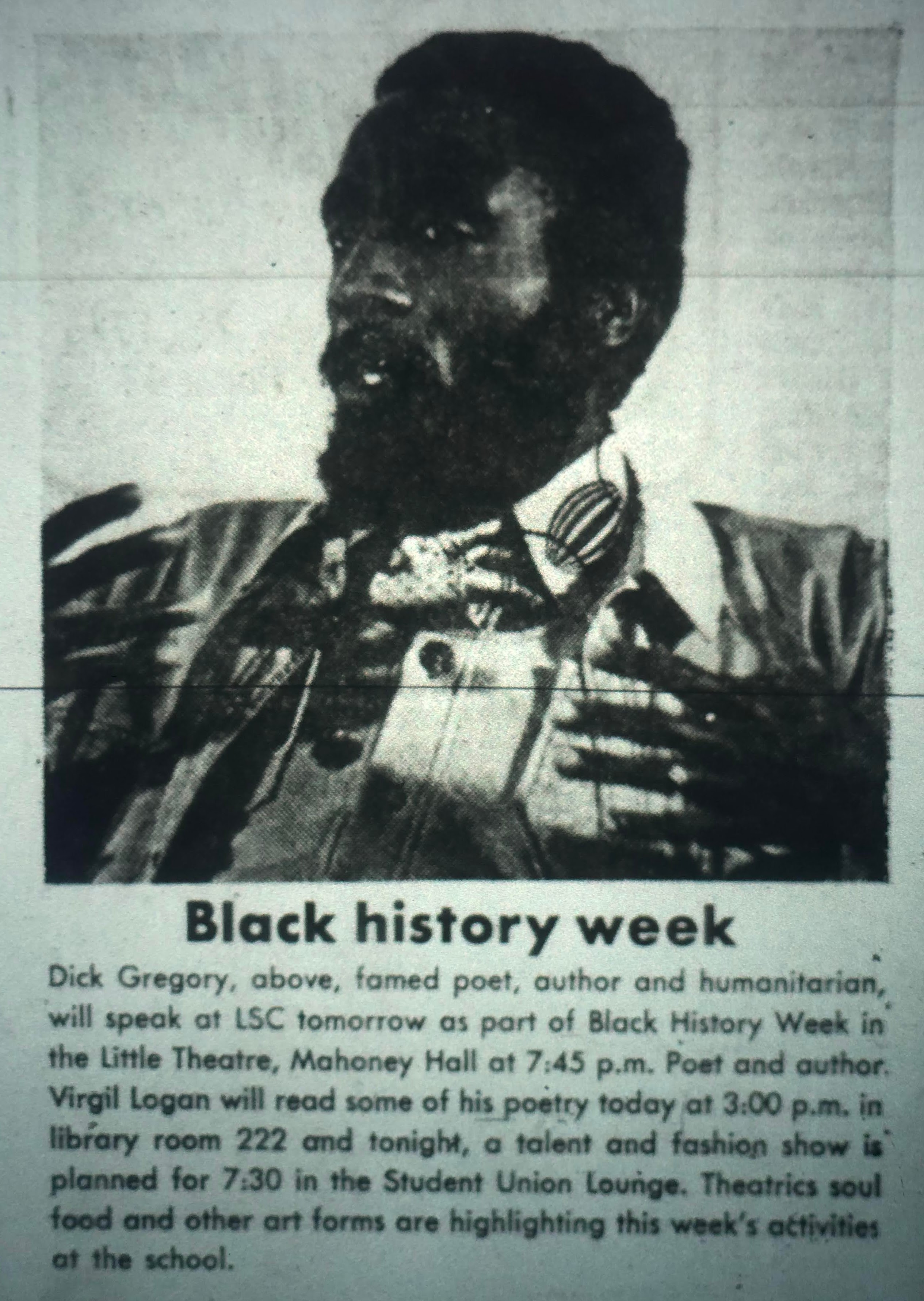 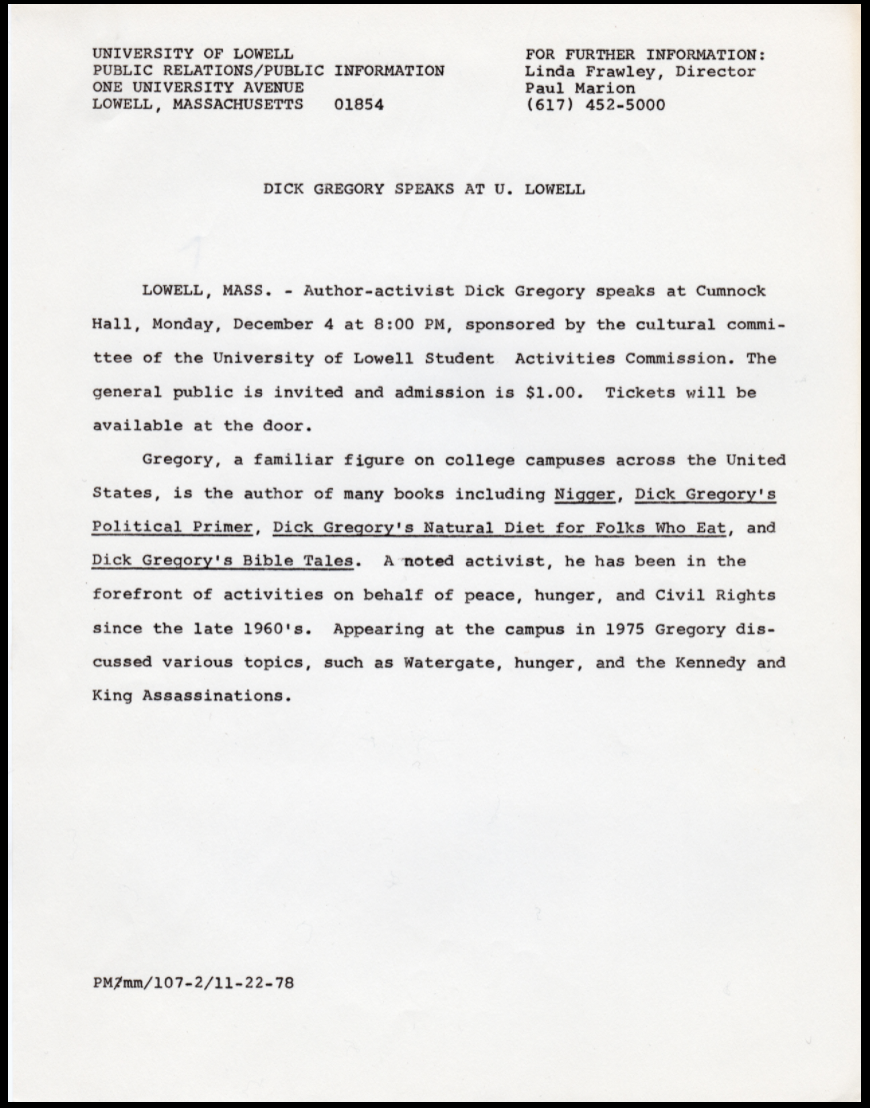 Dick Gregory was an African-American comedian, monologist, and author who exposed bigotry and racism in the United States. He became immensely popular in comedy clubs and the media. His stand up comedic performances transitioned into political activism when he protested the Vietnam War and racial injustice. He was known for fasting throughout his life and his acts of civil disobedience led to multiple arrests. In the late 1970's he became a speaker and author, promoting peace and civil rights as well as vegetarianism. He authored a number of books including Nigger: An Autobiography, Dick Gregory’s Political Primer, Dick Gregory’s Natural Diet for Folks Who Eat, Dick Gregory’s Bible Tales and Write Me In. Gregory came to the university campus as part of Black History Week on February 27th, 1975, speaking on South Campus in "the little Theater" in Mahoney Hall. He discussed several topics, including Watergate, hunger, and the Kennedy and King assassinations. A second appearance took place on December 4th, 1978, at Cumnock Hall for which the charge of admission was $1.00.