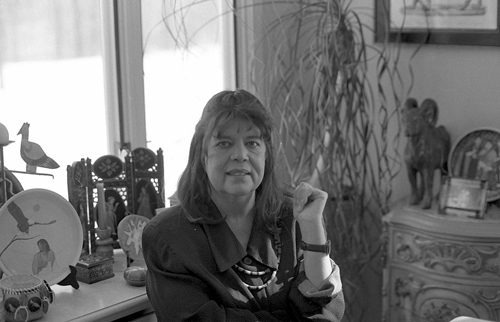 Wilma Mankiller at her home on the Cherokee Reservation in Oklahoma, 1977. Photograph by Ilka Hartmann.

After retiring from politics, Mankiller returned to activism. She died of cancer in 2010.

Wilma Mankiller (1945-2010) was a Cherokee activist who was driven to political activism through becoming involved with the Occupation of Alcatraz. Focusing on the logistical side of the occupation, Mankiller was crucial in ensuring that much needed supplies made their way to the island.