Richard Oakes was an Akwesasne Mohawk national and Native American activist instrumental to both the Occupation of Alcatraz as well as the Red Power Movement as a whole. Born in 1942, Oakes was a steelworker before enrolling in San Francisco State University where he helped to develop the nation’s first Native American Studies program.

During his years at San Francisco State, Oakes became involved with other Native American students in creating the plan to occupy Alcatraz Island. After a brief first attempt on November 9th, 1969, Oakes and his fellow activists returned to the island on November 20th and successfully occupied Alcatraz for 19 months.

Oakes, who lived on the island with his family during the occupation, was within the inner circle of the leadership of the occupation and was instrumental in addressing the media and government officials throughout the occupation. Videos can be found of Oakes’ address to the media in which he proclaims the then abandoned Alcatraz island as Indian property by right of discovery, citing the 1868 Treaty of Fort Laramie which states abandoned federal land would be returned to Native Americans. 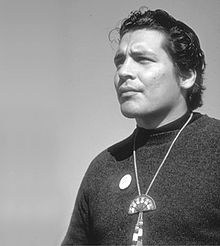 Oakes remained on the island until the death of his daughter on January 5th, 1970 following an accident in one of the abandoned buildings on the island. Returning home, Oakes remained vital to the Red Power movement through his involvement in the Pit River tribe’s attempts to protect their claims to land in the face of Pacific Gas and Electric encroachment.

An unarmed Oakes was shot and killed in Sonoma California following a dispute on September 20th, 1972. Oakes' killer, Michael Morgan, testified as acting in self-defense and was initially charged with voluntary manslaughter but was eventually acquitted of all charges. Many Oakes supporters allege that the assassination of Oakes was both in cold blood and racially motivated.