After World War I (1914-1918), the New England textile industry began to deteriorate and many of Lowell’s textile companies moved south, merged, or closed creating a severely depressed economy by 1930s.  In 1936, there were only 8,000 people employed in Lowell’s textile industry (the same as in 1836 compared to 22,000 in 1920).  The nationwide depression in the late 1930s, forced the demolition of entire mill buildings or removal of sections to reduce the tax burden of these massive buildings.      World War II (1939-1945), military contracts and awards boosted Lowell’s economy and the remaining textile companies’ dramatically increasing employment, but this boom was only temporary and in the 1950s, the Boott Cotton Mills and the Merrimack Manufacturing Company closed.  By the late 1950s, Lowell consisted of millions of square feet of empty five- and six- story brick mill buildings, an active but slowly decaying central business district, depressed neighborhoods, and high unemployment.     After World War II, a public effort emerged to revitalize aging and decaying inner cities known as “urban renewal.”   In the 1947 Blighted Areas Redevelopment Act, the 1947 Relocation Act, and the 1953 Urban Community Conservation Act, emphasis was placed on massive demolition, slum clearance, and rehabilitation or “redevelopment.”   In many urban areas the application of these efforts led to the excesses of “urban renewal” in the 1950s and 1960s, with city planners arguing that the demolition of older, run-down neighborhoods improved the appearance of the city.     In response, the Lowell Redevelopment Authority was formed with the power of eminent domain, allowing them to seize properties, relocate tenants, and demolish buildings.  The properties could then be sold, with the federal government paying two-thirds of the difference between the purchase and sales price, and two-thirds of the cost of demolition.     In the 1960s, the LRA targeted the Hale-Howard Streets area for “redevelopment.”  The plan was to create open space for industrial development which would reinvigorate Lowell; the result was the obliteration of a neighborhood with little industrial development.  In the late 1960s and early 1970s, Terry Schein, during his occasional visits to Lowell, documented the impact of “urban renewal” on the Hale-Howard neighborhood.     Among the thousands of "Lowell Photographs 1850-1940" at the Center for Lowell History, the following were selected from the collections of the Lowell Historical Society and the University of Massachusetts Lowell. If you are interested in   Photographic Reproduction Services, please contact: 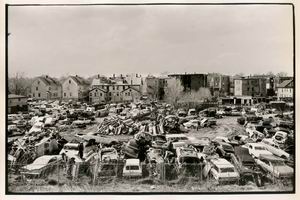 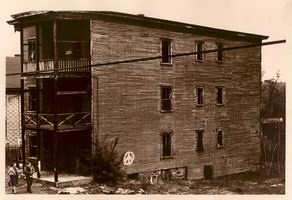 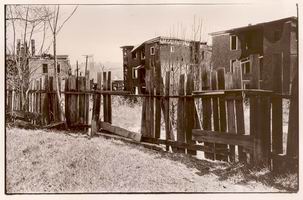 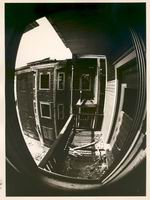