Original Catalogue for the Locks and Canals Library 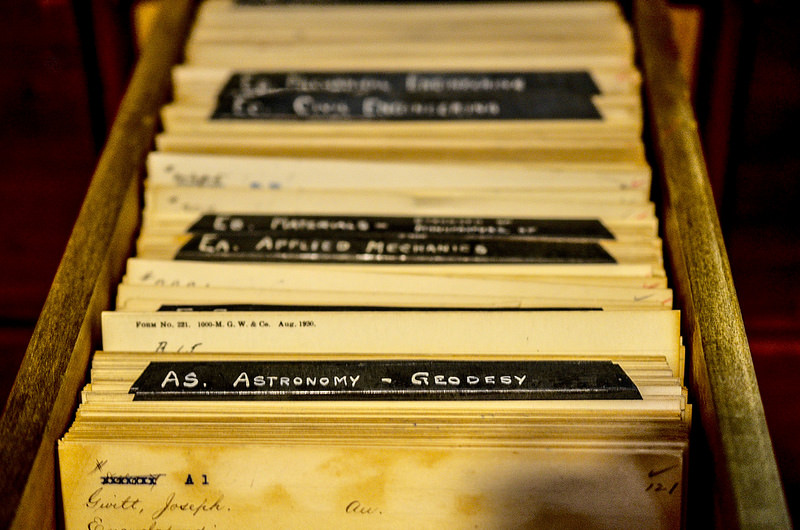 Located in a separate area from the collection is its card catalog, housed in a wooden cabinet, and appears to be fully intact. It is written in cursive and organized by subject. The catalog is a custom built system of letters and numbers, "A1" being the first entry and "Y179" the last. The numbers are inscribed on the spines of the books as well as on the verso of the front boards of each volume. In some cases, the nomenclature of an earlier system of organization has been redacted.

Contemporary cataloging of the collection: 15 linear feet of the collection (53 monographs) has been entered into WorldCat with "Proprietors of Locks and Canals Collection" used as both a bibliographic note and as a tag. In order to preserve the original shelf arrangement the native call numbers have been used rather than Library of Congress.