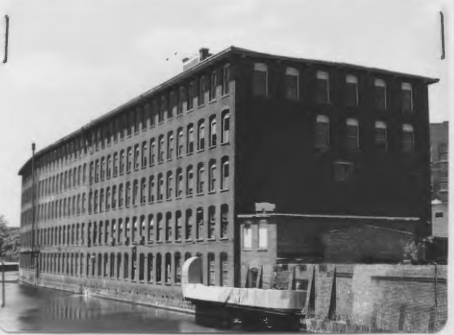 along the Pawtucket Canal the buildings of the complex range in height from five stories to one,

and in construction date from ca. 1890 to ca. 1930 or later. Six individual or groups of structures

were identified and inventoried, and are presented (and numbered under current Name) in this volume in a progression from east to vest. Descriptive information on the individual units is contained within the individual forms, but most of the historical information on the whole site is contained on this first form, along with the Archeological Comment. The most prominent structure in the Western Avenue yard of the Joan Fabric Corporation stands beside the Pawtucket Canal, near the east end of the yard Five stories tall, the structure follows the north bank of the canal, forming a convex curve on that side. On the north side of the building, off-center toward the east, is a stair tower that rises to seven stories and displays "JOAN" signs north and south. 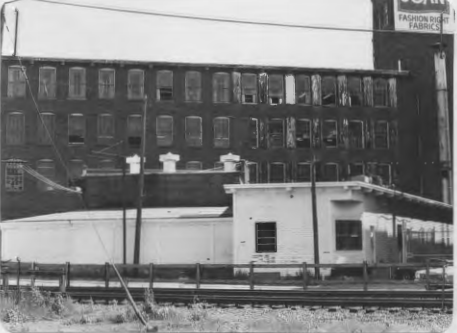 ADDITIONAL HISTORICAL INFORMATION The 1906 atlas shows an office wing of wood on the location of the present structure with projecting rafters. By 1924, the small brick building next to it appeared on the atlas. The other wooden wing apparently postdates 1924 Sources 1850 map. 1879, 1896, 1906, 1924 atlases. 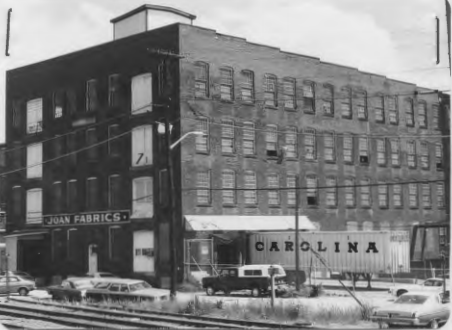 The first floor of this building consist mainly of loading docks: the second floor accommodates the Joan Fabrics offices. ADDITIONAL HISTORICAL INFORMATION This low utilitarian structure seems to be outlined on the 1924 atlas as begin the Massachusetts Mohair Plush Company yard. 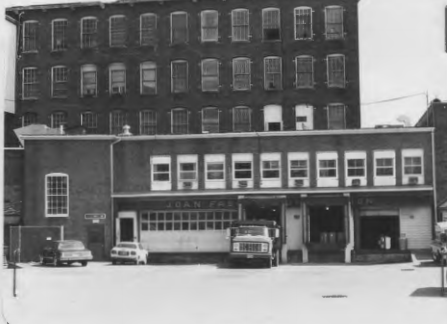 This building stands just north of the canal-side buildings. The north facade of the structure bears a granite plaque inscribed "CORAM BLOCK." The facade  also has a somewhat unusual quantity and arrangement of loading doors, with

two on each floor, near either end of the wall. 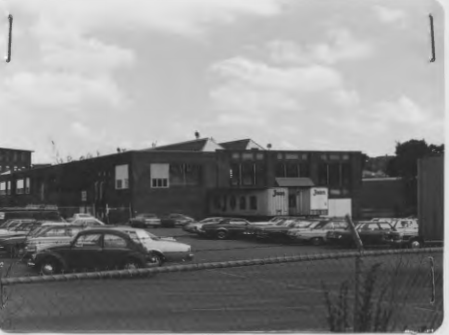 This ls a simple two-story industrial structure with rectangular windows.

This structure does not appear to be shown on the 1924 atlas, and probably post- dates that time. 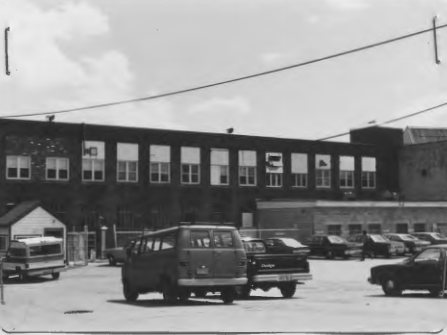 The most notable feature of this structure is its saw-tooth roof, which

provides even northern light, probably for weaving activities. It stands

Western Avenue yard. North and west of this building is a paved

See Inventory Form on the preceding Massachusetts Mohair Company Mills. This structure is not shown on the 1924 atlas and

must postdate that period. It stands on a site occupied by the Lowell Manufacturing Co. in 1879 and 1896, and then by Bigelow 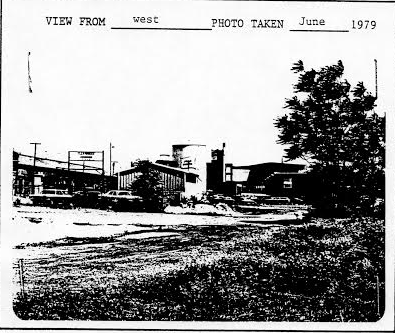 The 1850 map shows a small square structure belonging to J.

show spurs of the Nashua and Lowell Railroad Company The

and Canals Company, along with the Nashua and Lowell

Over the last hundred years this site has been covered by spur lines of the Nashua and Lowell Railroad Company. These have been

removed, but they may have disturbed subsurface remains of any other uses of the property.

An aluminum-sheathed storage garage stands near the eastern end of this property The remainder of the lot is undeveloped.

Mounds of subsoil have been dumped around the lot.