The Town & the City: Lowell before the Civil War - website

Also visit "The Town & the City: Lowell before the Civil War" at https://libguides.uml.edu/early_lowell/home 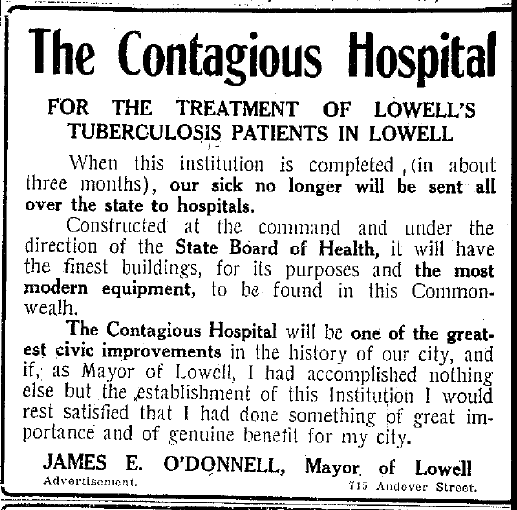 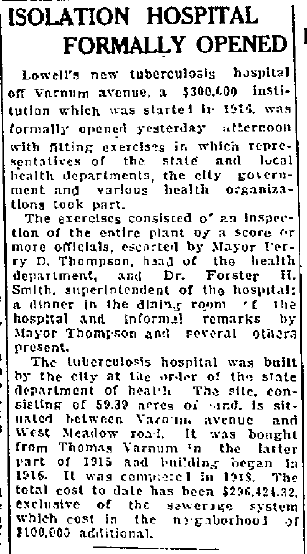 See the October 11, 2020 Lowell Sun article, "Isolating, a century ago in Lowell" 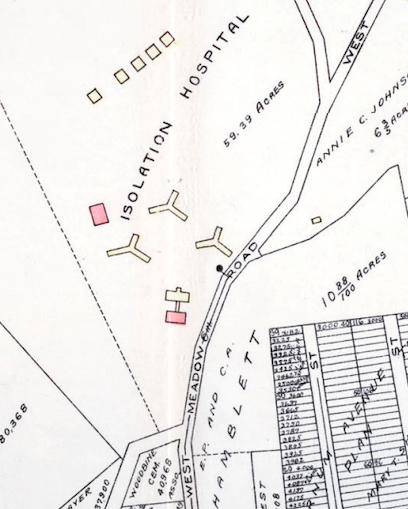 In Lowell’s almost 200-year history, there has been numerous political controversies and many of these were about municipal buildings. One of the most contentious projects was the Isolation Hospital.  It was controversial before it was built, consistently controversial during its over 40-year existence, and controversial right up to its closing and demolition.

There were three separate hospital buildings, referred to as “the shacks.” They were Y-shaped one-story structures set apart from each other facing in the same direction. There was also an administration building and a heating plant.

At that time, doctors and scientists knew that a microbe caused tuberculosis, but a cure would not be available for decades. In the absence of a cure, the response was to isolate the patient to prevent the spread of the disease and to provide treatment.

The only known treatments at that time were fresh air, sunlight, good and plentiful food, and rest. The shacks were designed to provide the patients with the maximum amount of sunlight and fresh air possible. This is the reason for the interesting architecture of the hospital.

Doctors and scientists also knew that tuberculosis was a contagious disease, but it was not contagious like influenza and other easily-spreadable diseases. So, there were also efforts to isolate those afflicted with tuberculosis from others. This is the reason for the interesting name of the hospital.

It is said that journalism if the first rough draft of history. In the case of the Isolation Hospital, the first draft was the only draft. That is why at this point I am relying so much on Lowell Sun, and occasionally on the Boston Globe to tell the story. I hope to put the history of the hospital in a more narrative form; however, I wanted to make this site available by the 100th anniversary of the formal opening of the institution.

Most of the newspaper clippings and photos on this site are directly related to the Isolation Hospital; however, other articles about related issues were included for background and historical context.

The Isolation Hospital can also be seen as a metaphor for a society’s response to disease and, on a larger scale, an attempt to control something that seemed to be beyond control and understanding. There were countless attempts to do this throughout history. Some succeeded, some failed, and some helped. The key is that some people tried.

Spring and All by William Carlos Williams (1923)