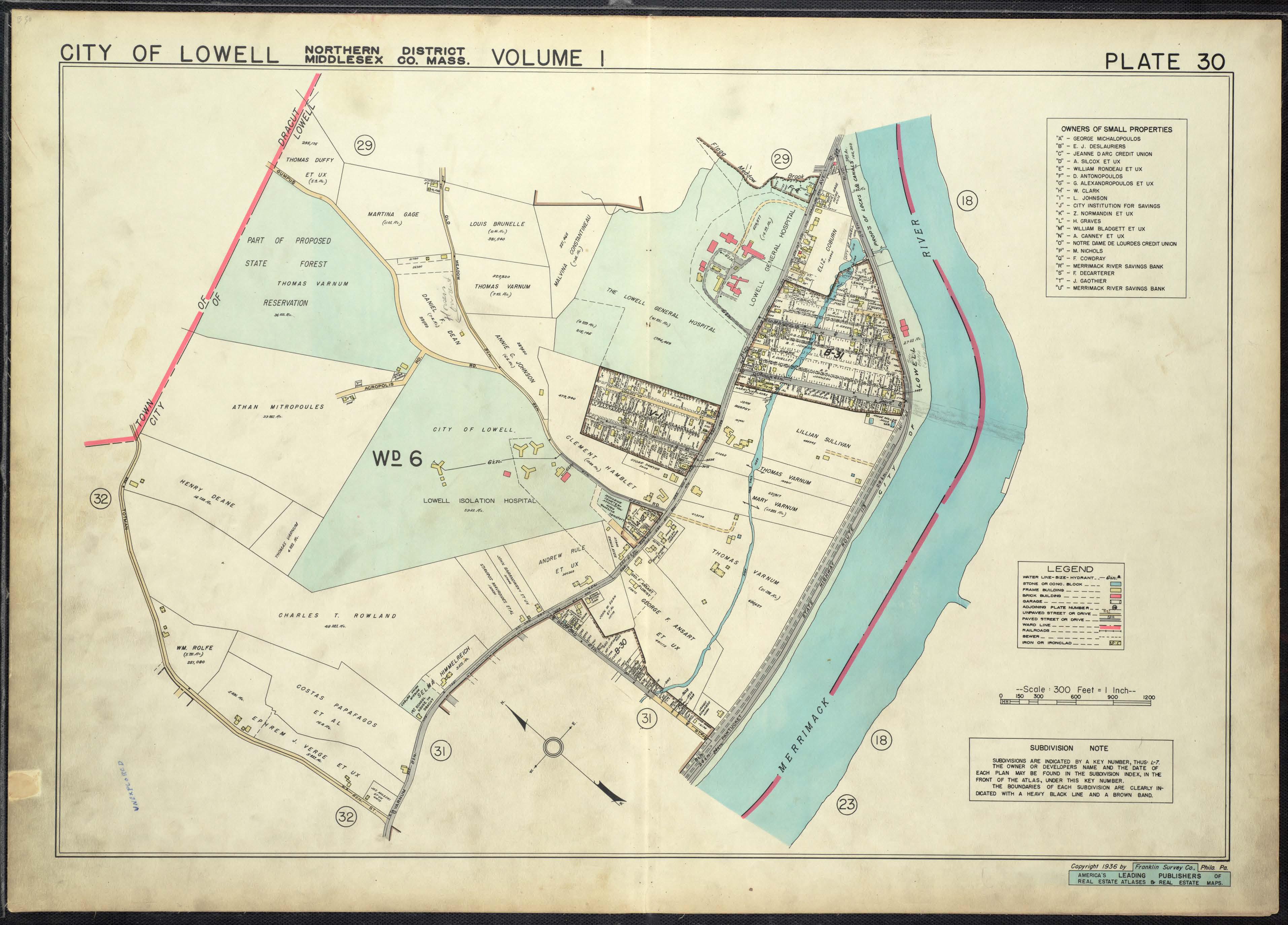 Public Health is a most important factor in the happiness and prosperity of a community, and it is only within recent years that the laws and regulations pertaining to it have received the proper attention. Health laws should not be made for oppression; but if errors are to be made in them, they should be made on the side of the necessities of the many, rather than in yielding to the assumed rights of the few. So long as contagious diseases can be prevented, and so long as the health and comfort of a community are disturbed by nuisances, the need remains for greater work and further progress.

Every city in the Commonwealth shall establish within its limits and keep itself constantly provided with one or more isolation hospitals for the reception of persons having smallpox or any other disease dangerous to the public health. Such hospitals shall be subject to the orders and regulation of the boards of health of the cities in which they are respectively located.

. . . Whenever a city shall refuse or neglect to carry into effect the provisions of section one of this act, after having been requested so to do by the state Board of Health, it shall be liable to forfeit a sum not exceeding five hundred dollars for each refusal or neglect.

NEED OF A CONTAGIOUS HOSPITAL

The report of the board of health just out once more calls attention to the lack of a contagious hospital or the treatment and isolation of all such cases. Chapter 171 of the Acts of 1901 make it mandatory upon every city to establish such an hospital for the treatment of small-pox and other contagious diseases. We have complied with the law to the extent of having a pest house for small-pox cases, but no place for the isolation of other diseases. This is certainly a serious handicap in the handling of such cases. It results in home treatment in most cases and this means the spread of the diseases for the board of health quarantine on a house is regarded as of slight importance. Some cases are sent to the Lowell hospital at the expense of the city, but had we a contagious hospital of our own the “first cases” could be promptly isolated so that the other members of the patient’s family could be saved.

This is an old, old story. It has been told and retold by the board of health and by the press, and it seems useless to repeat it now. While the board blames the city council for the neglect to provide the funds, we believe that the board itself has made but slight effort to procure such an hospital beyond the fact of calling attention to the existing necessity.

There can be no doubt whatever that with such an hospital the spread of contagious diseases can in many cases be prevented. The number of cases sent to the Lowell hospital is comparatively small, probably not one-tenth of the number that should be taken to a city hospital if such were available. Thus we may assume as statistics will prove that for lack of a contagious hospital for the isolation of cases of diphtheria and scarlet fever the number of cases is multiplied and the death rate increased.

The real proprietors of the mills, the stockholders, live elsewhere, and have little thought of Lowell save to draw dividends. They have builded their tower of Babel on the banks of the Merrimack; and the pride of life, the thirst for gold, the demand for cheap labor, have brought hither a confusion of tongues that no Pentecost of love has yet transformed into a harmony of single devotion and united effort.

The doctor then spoke of other contagious diseases and believed that they could be taken care of without the erection of so pretentious a hospital as is now contemplated; not even if any or all of the diseases should be become, epidemic. He thought it was wrong to ask any city, to lay out so great a sum of money as is required for the hospital now under contemplation.

The isolation hospital is opened only temporarily to care for pneumonia and influenza patients in the present emergency. Only acute cases of these diseases and no others are to be given treatment there. The hospital is to be known as the “temporary contagious hospital for influenza and pneumonia patients.” 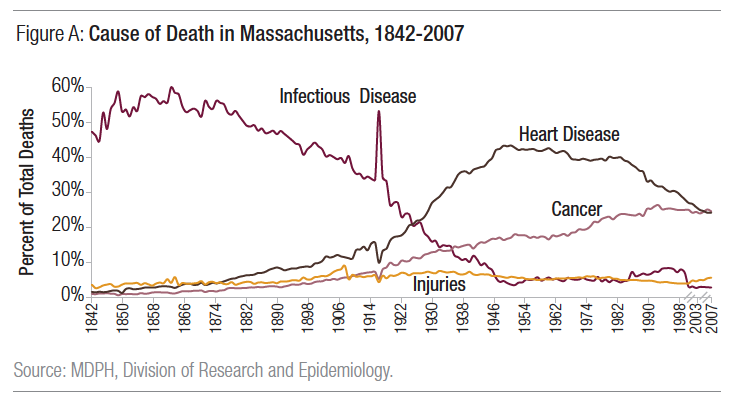 Lowell's new tuberculosis hospital off Varnum avenue, a $300,000 institution which was started in 1916 was formally opened yesterday afternoon with fitting exercises in which representatives of the state and local health departments, the city government and various health organizations took part.

The exercises consisted of an inspection of the entire plant by a score or more officials, escorted by Mayor Terry D. Thompson, head of the health department, and Dr. Forster H. Smith, superintendent of the hospital: a dinner in the dining room of the hospital and informal remarks by Mayor Thompson and several others present.

The tuberculosis hospital was built by the city at the order of the state department of health. The site consisting of 59.39 acres of land is situated between Varnum avenue and West Meadow road. It was bought from Thomas Varnum in the latter part of 1915 and building began in 1916. It was completed in 1918. The total cost to date has been $236.424.32 exclusive of the sewerage system which cost in the neighborhood of $100,000 additional.

Very few people, except the officials of the school and health department, can appreciate what is being done for the health of the school children by the various clinics held for their benefit, and particularly the examination for the detection of any trace of tuberculosis in the school children. It appears that from the test of 21,000 children, no fewer than 790 cases of latent tuberculosis have been found. That discovery is very important, inasmuch as these cases will now receive the attention necessary to protect the health and the lives of the children so affected.

It is generally supposed that consumption or tuberculosis is incurable, and so it is after it reaches an advanced stage; but it often runs for years in the incipient stages without being detected. The information thus conveyed to the parents of these 790 school children will undoubtedly result in saving the lives of many of them. This is but a sample of what is being done by state and local health authorities to fortify them against all diseases.

The Isolation hospital lived within its appropriation for the year, the board of health was informed at its meeting yesterday afternoon, through communications from Dr. Forster H. Smith, superintendent of the hospital. Dr. Smith informed the board that there was no need for concern because expenditures for supplies for the first four months of this year were higher than in the corresponding of last year as this was due to the purchase of extra coal and the renovation of mattresses and other equipment at the institution.
Lowell Sun - May 19, 1931

The Lowell board of health went into executive session shortly after 2 o'clock this afternoon to consider a charge of assault brought against Dr. Forster H. Smith, superintendent of the Isolation hospital, by Mrs. Anna Morin, a maid at the institution.

Word was given out at the health department offices that the executive session probably would be followed by a hearing open to the public.

The charge preferred against Dr. Smith by Mrs. Morin specified that the superintendent of the hospital struck her, pulled a chair from beneath her and “pushed her out” during an argument last Sunday night. At the time, Mrs. Morin, who is listed on the hospital records as a maid, was operating the telephone switchboard at the institution.

The executive session, called by the health board for 1:45 p. m., was delayed in opening because of the lateness in arrival of Dr. Smith and Dr. Brunelle.
Lowell Sun - May 15, 1934

LOWELL—If the help situation becomes more acute here it may become necessary to close the Isolation hospital and send both tuberculosis and contagious patients now there to other institutions; it became known at the meeting of the health board today.

The situation at the hospital is becoming more serious from day to day. The help there are poorly paid according to general labor standards, and persons who might in other times go there are able to go elsewhere and obtain more money.

Furthermore, it was brought out, if the tuberculosis patients are sent to the Rutland sanatorium and the contagious cases to the Haynes Memorial hospital in Boston, the cost to the city will be about one half the cost of the present maintenance of the buildings.

This was the upshot of the meeting today and the board will send its recommendations to the mayor, based on information which has been submitted. It was further stated that for a long time it has been known the hospital layout here was uneconomical.

Plans were drafted some years ago to have the hospital put into one building instead of in three shacks. But the cost of such a change would be prohibitive at present, even though materials could be found, and it is doubtful if they could be.

What Mayor Sweeney will do about this matter is not known, although it is known he has made many recent visits to the hospital and has found the help situation something about which apparently little can be done.

As it stands now it looks as if the Isolation hospital may be closed within a comparatively short time in order that the patients there may be given the attention to which they are entitled.

1949
Addressing the group following the showing of the film [“New Frontiers in Medicine”], Dr. Duggan spoke of the dramatic improvement in many cases of tuberculosis with a new drug, streptomycin. He stated that some excellent results have been noted through the use of this drug at the Lowell Isolation hospital.
Lowell Sun, April 9, 1949

When, in the opinion of the board of health of any city or town, there is no longer any need in said city or town for hospital facilities for the treatment and care of those suffering from pulmonary tuberculosis, the board of health, upon approval of the department, may convert any tuberculosis hospital into a home for the care and treatment of aging persons at not more than the actual cost to the city or town. Following any such conversion the home shall be continued under the general supervision of the department of public health.

AN ACT PROVIDING FOR REORGANIZATION OF TUBERCULOSIS CARE, TREATMENT AND CONTROL IN THE COMMONWEALTH. . . The department shall have responsibility for providing hospital care and treatment for all persons resident in the commonwealth suffering from tuberculosis and who need such hospital care. Such care and treatment may be made available in hospitals within the department or under a contract basis in other public or private hospitals or sanatoria licensed for such care under section seventy-one.

LOWELL — The Lowell school committee, last night, gave their approval to the plans for the new school to be constructed in Pawtucketville, and the Bartlett school addition.

Prior to the start of the board's 8 o'clock meeting, Edmund E. McMahon, architect, explained in detail the plans for the buildings.

The committee voted unanimously for the plans and construction should begin soon.

The Pawtucketville building will be constructed on the site of the former Meadowcrest hospital. It will contain 15 classrooms and two kindergarten rooms.

The Bartlett addition will contain eight rooms and a multipurpose room.