When John Ingersoll Coggeshall arrived in Lowell in 1877, he was surprised to find a thriving arts community. The 1876 Centennial Exposition in Philadelphia had whetted American appetites for the pictorial arts, and the people of Lowell were no exception.  The artist David Neal had returned to his native Lowell after teaching in Munich and his presence here attracted other gifted artists like Walter Shirlaw. William Preston Phelps, a promising young painter from New Hampshire, arrived in 1880.  The Lowell Art Association was chartered in 1878, and the exciting young field of photography, was represented by the Camera Club, established in 1892.  Coggeshall, an avid painter and photographer, joined both of these organizations.  He had also recently finished an engraving apprenticeship in Boston and came in Lowell to work with James E. Rice in his engraving firm at 31 Central Street.  John Ingersoll Coggeshall truly typified the American Renaissance man of this period.  His energies, interest and abilities ranged over a variety of artistic activities.  He embraced both the yearning for nature embodied in American landscape painting, and the fascination with new technology symbolized in photography and engraving. 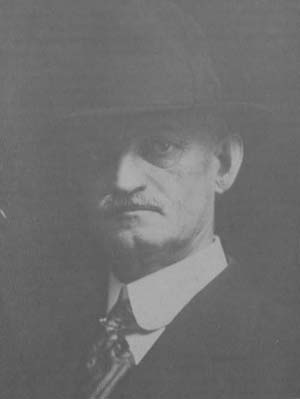 Flush with the wealth of a burgeoning industrial economy, Americans came away from the exhibit of European paintings at the Philadelphia Centennial hungry for all things European.  They traveled abroad in droves to get an additional infusion of European culture and among them were artists.  Some of these painters, like James MacNeill Whistler, a Lowell native, remained in Europe and taught European techniques to American painters studying abroad.  Others returned to America to pass on their skills.  In Lowell, William Phelps, recently returned from studies in Munich and Paris, formed a lively atelier, which John Coggeshall joined.  Coggeshall himself made two painting trips abroad, one in 1878 to England, Ireland and Wales, and a second in 1903, to Italy, Spain and Morocco.

Museums and art schools sprang up around the country to house European collections and to teach European ways of painting.  The Whistler House, birthplace of James MacNeill Whistler, opened in Lowell, in 1908 as an art museum and school and the permanent home of the Lowell Art Association. John Coggeshall had students in Lowell and in 1905 founded a summer art school, Camp Coggeshall, on the seacoast near Gloucester.

Perhaps the most important influence on nineteenth century painting in America was photography.  Although it put many portrait painters out of business, for other artists it proved a boon.  Almost immediately with the invention of the daguerreotype in 1839, artists began using photography as an aid to painting.  Thomas Cole, Frederick Church and Albert Bierstadt all used photographs to help them with the detail in their work.

At mid-century fidelity to nature dominated painting on both sides of the Atlantic.  Many artists left off working outside altogether in favor of painting from photographs which they felt  imitated nature more accurately.  By the 1870s, photography had advanced to such a degree that artists could finally see the difference between recording nature with a camera and through the artist's own selection and imagination.  A switch occurred as photographers began to imitate painters and attempted to create a painterly impression with photographs.

Photography was also a vital factor in the art of wood engraving, invented in the late eighteenth century, and widely used to illustrate books and magazines.  As the demand for illustrated periodicals increased, competition for circulation pushed engraving technology forward.  By the 1880s photography had led to the process of phototransfer which allowed photographs to be transferred directly to the woods block and then engraved, yielding images of remarkable subtlety. 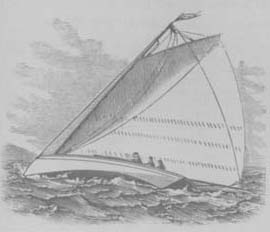 Engraving of sail boat
John Coggeshall came to maturity during this exciting and bewildering time of change for the arts in America and in Lowell.  As a practitioner of painting, photography and engraving, Coggeshall comfortably reconciled traditional American landscape painting with these new visual technologies.