James Van Der Zee at the University of Lowell

In February of 1979 legendary Harlem Renaissance photographer James Van Der Zee visited the University of Lowell as part of Black Heritage month to give a presentation, exhibit his work, and host a student photography contest. This visit was sponsored by contributions from the University of Lowell Foundation. The students and fans gathered for a film presentation and discussion featuring Van Der Zee, where five students were presented awards for photography. The contest was open to both high school and university undergraduate students. The subject of the entries needed to be related to an expression of black culture. Photos were shown in conjunction with the Van Der Zee display between February 14-29, and cash prizes of $100, $50, and $25 were awarded on February 27 by Van Der Zee himself. 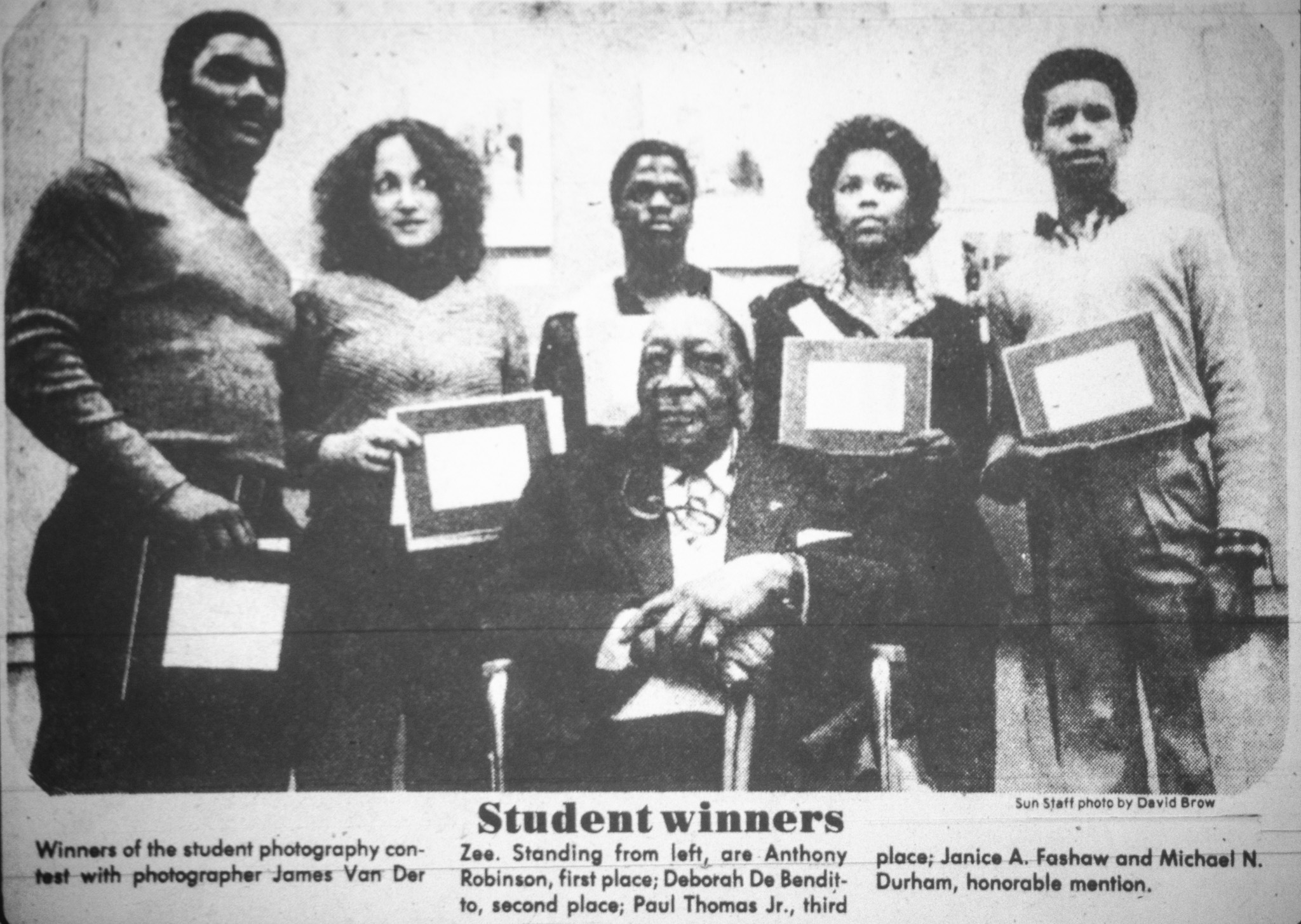 James Van Der Zee, a legendary Black photographer, was born in Lenox, Massachusetts in 1886. He became interested in photography at the young age of 14, and spent the next years photographing people in Lenox, then in Virginia, and eventually in New York City. Van Der Zee opened a studio in 1914—Guaranty Photos, in Harlem. In later years he established the GGG Studio which became both his home and workplace up until 1969. 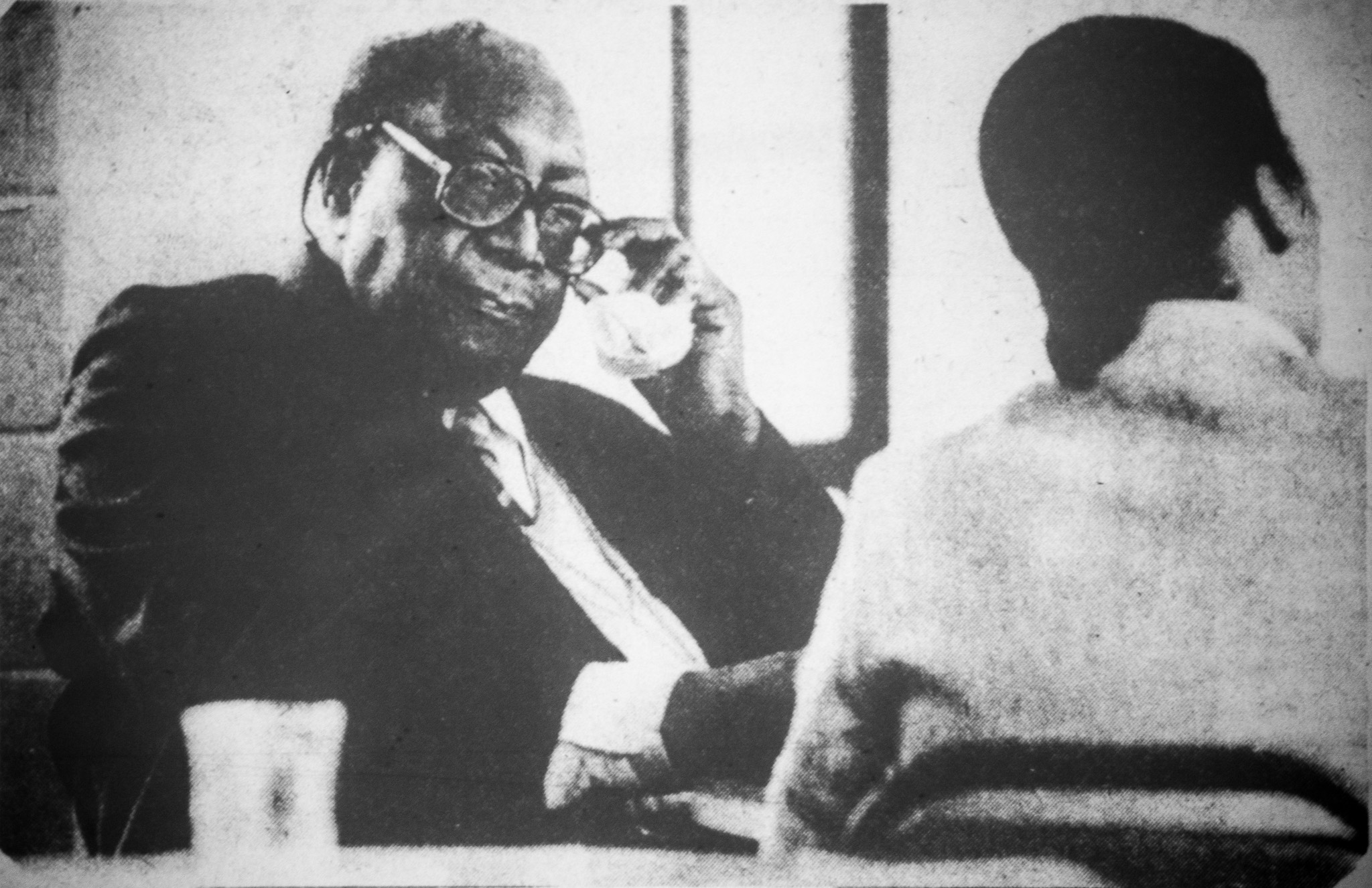 1907-1945 is considered the period during which Van Der Zee was most productive. During this time, he captured the Harlem Renaissance, focusing his camera on its vibrant personality through the black political, sports, arts, and religious celebrities of the day, such as Marcus Garvey, Joe Louis, Bill “Bojangles” Robinson, and Daddy Grace. Although Van Der Zee is one of the few photographers who steadily and sensitively recorded the life and times of his people and community, that was not the original intention. Rather, his primary concern was to produce portraits that were both telling and flattering. 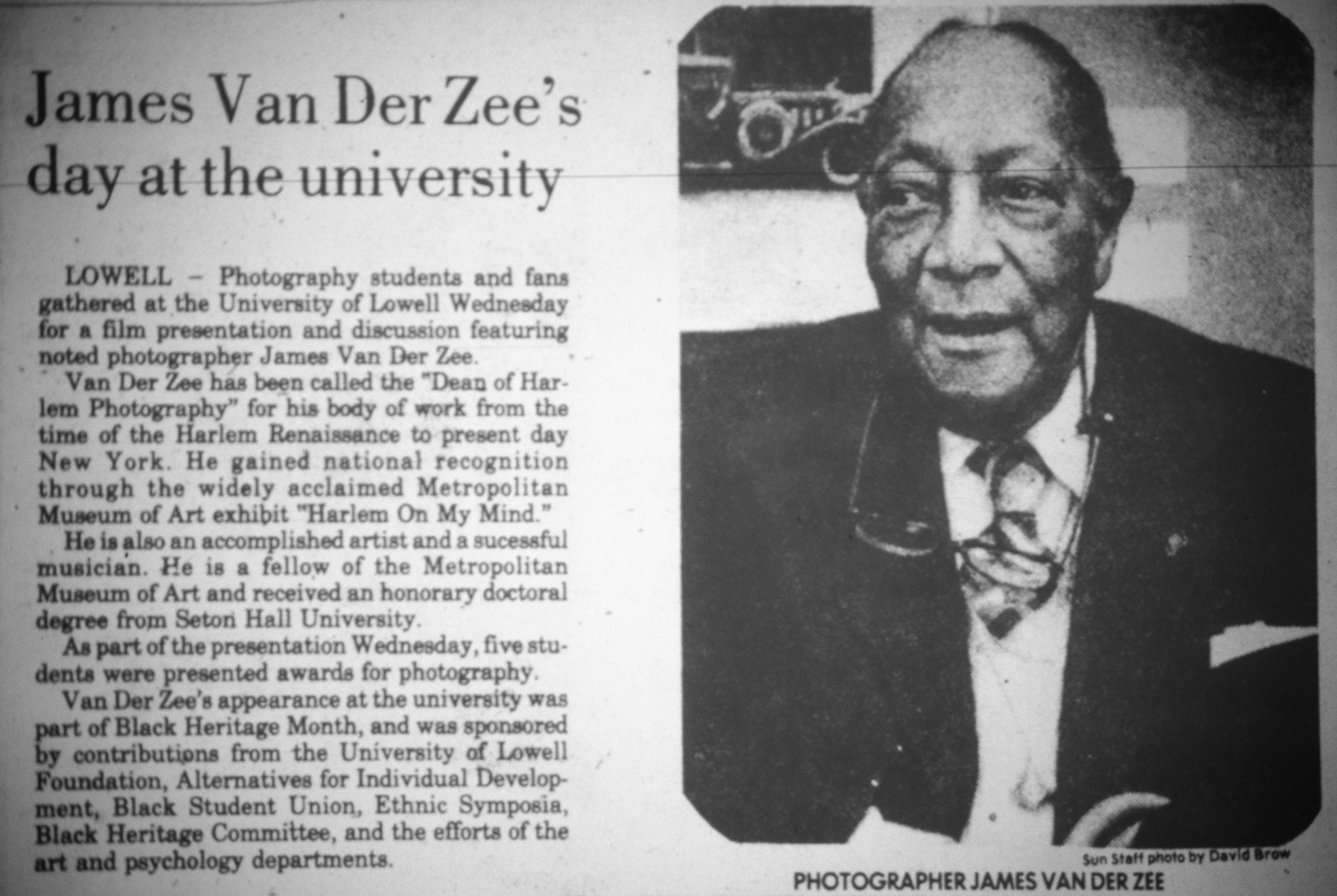 In 1969, the James Van Der Zee Institute was founded, and he received the American Society of Magazine Photographers’ major award. In 1970 he was elected a Fellow for Life of the Metropolitan Museum, which holds sixty-six of his photographs in its permanent collection.  James Van Der Zee died on May 15, 1983 at age 96. The University continued to honor him with the James Van Der Zee Student Photography Exhibit Program for several years after his passing.