Nathaniel Philbrick is a Pulitzer Prize nominated author. His books, In the Heart of the Sea: The Tragedy of the Whaleship Essex, In the Hurricane's Eye: the Genius of George Washington and the Victory at Yorktown, The Last Stand: Custer, Sitting Bull, and the Battle of the Little Bighorn, and Why Read Moby-Dick?, are part of the Upton Bell Collection at UMass Lowell Libraries in O'Leary Library, 2nd Floor Special Collections and include personal inscriptions. 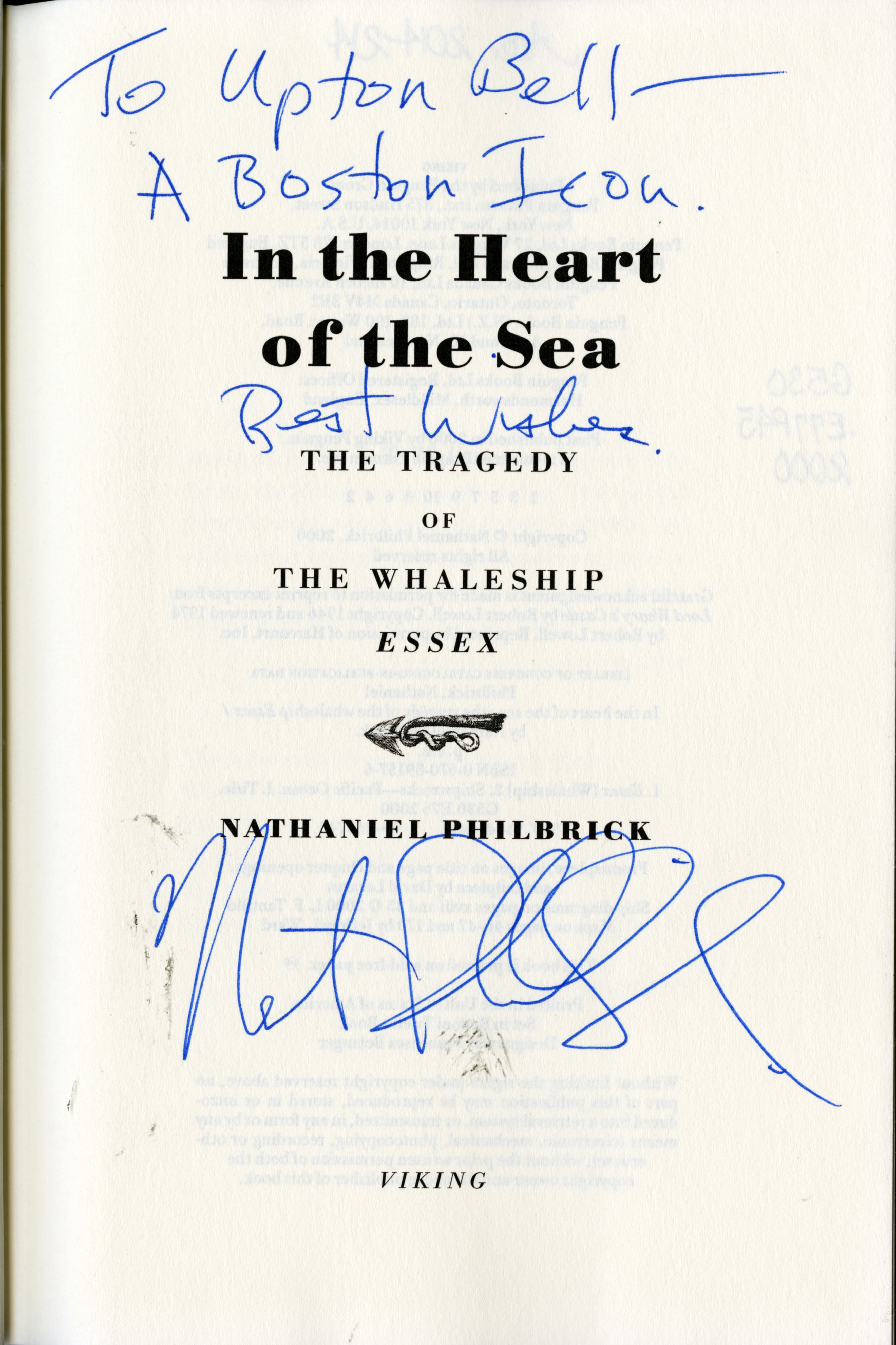 Pulitzer Prize Finalist in History, 2007, for Mayflower: A Story of Courage, Community, and War

National Book Award for Nonfiction, 2000, for In the Heart of the Sea