Mark Leibovich is an author and journalist. His books, Big Game: The NFL in Dangerous Times and This Town: Two Parties and a Funeral--Plus, Plenty of Valet Parking!--in America's Gilded Capital are part of the Upton Bell Collection at UMass Lowell Libraries in O'Leary Library, 2nd Floor Special Collections and include personal inscriptions. 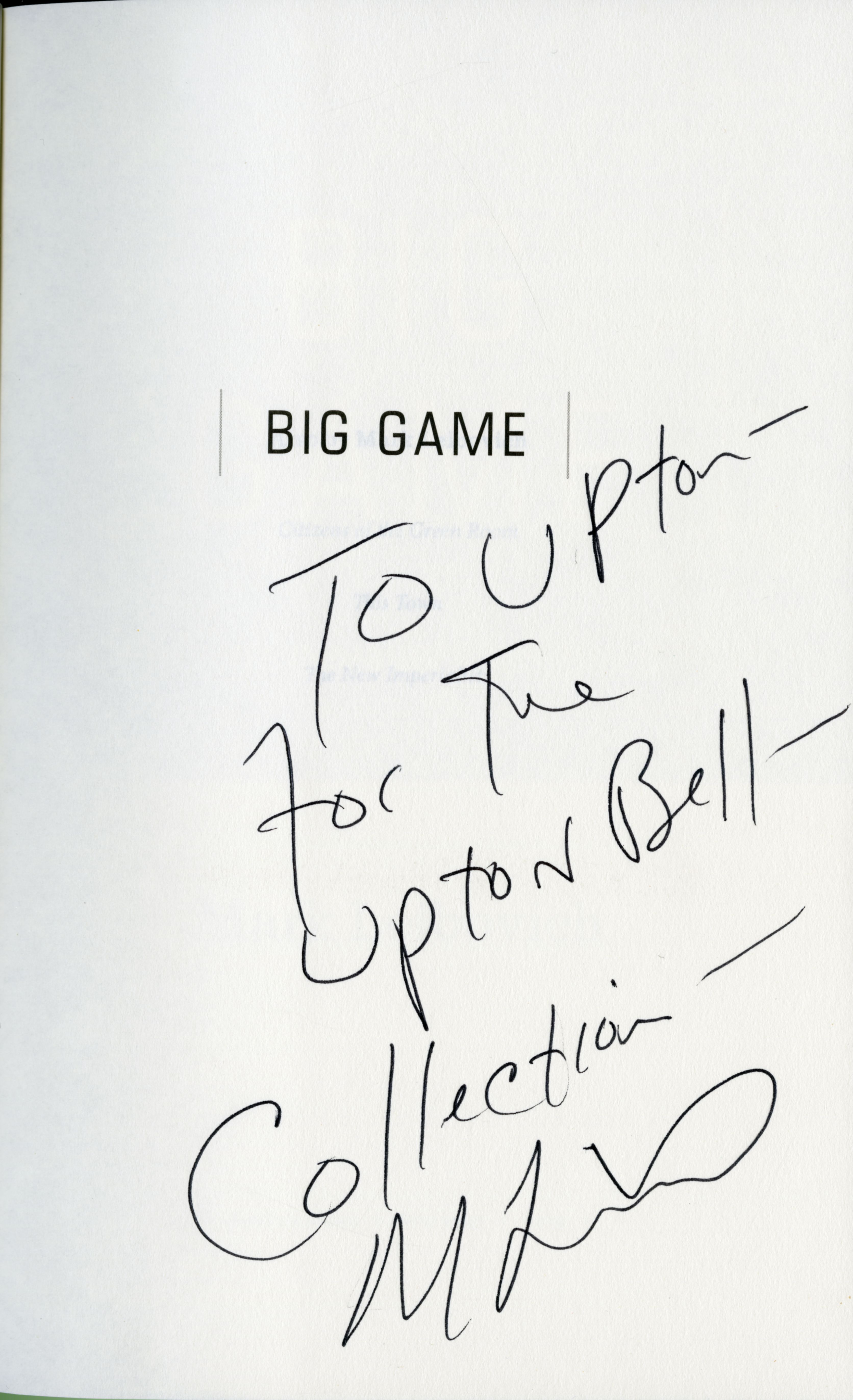 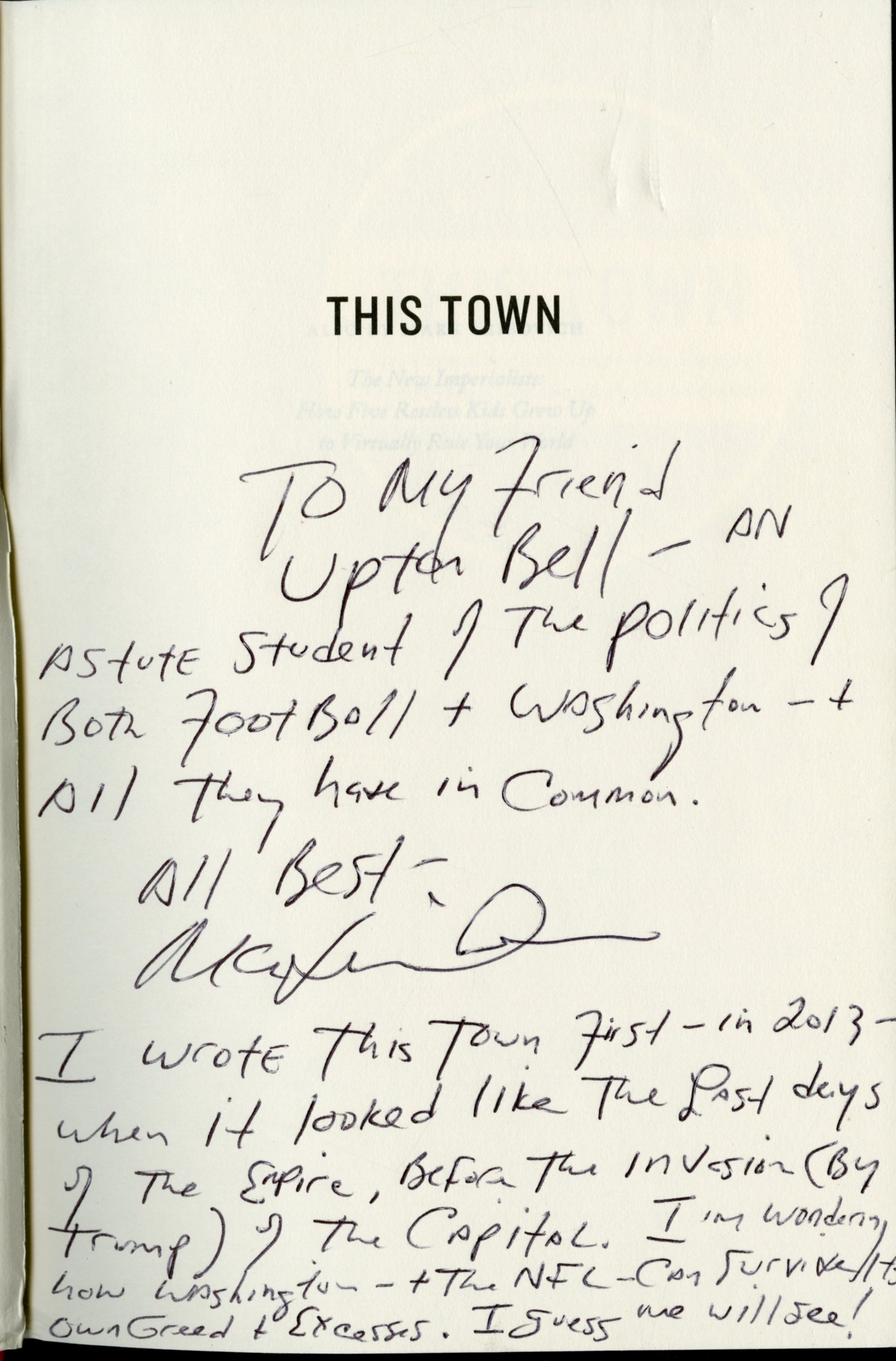 National Magazine Award, Profile Writing, 2011, for The Man the White House Wakes Up To