Walter Isaacson is an author, editor, historian and Pulitzer Prize finalist. His books, Einstein: His Life and Universe; Leonardo da Vinci; Kissinger: A Biography; and The Code Breaker: Jennifer Doudna, Gene Editing, and the Future of the Human Race are part of the Upton Bell Collection at UMass Lowell Libraries in O'Leary Library, 2nd Floor Special Collections and include a personal inscriptions. Kissinger: A Biography includes an inscription from Henry Kissinger. 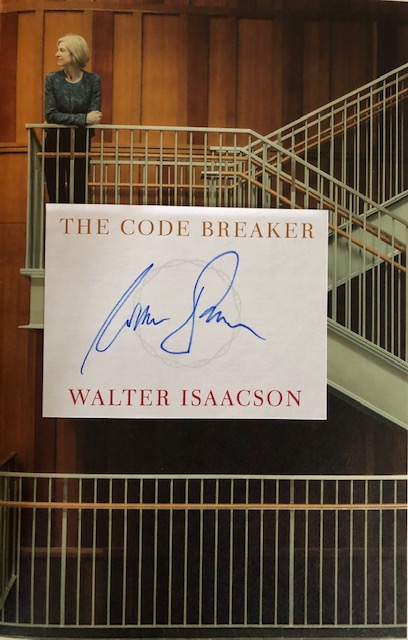 Pulitzer Prize Finalist in Biography, 1993 for Kissinger: A Biography