Maureen Dowd is a Pulitzer Prize winning columnist for the New York Times. Her books, Bushworld: Enter at Your Own Risk and Are Men Necessary: When Sexes Collide are part of the Upton Bell Collection at UMass Lowell Libraries in O'Leary Library, 2nd Floor Special Collections. Bushworld include personal inscriptions. Ms. Dowd also wrote the foreword for The New York Times Book of Politics: 167 Years of Covering the State of the Union. An inscribed copy is part of the collection. 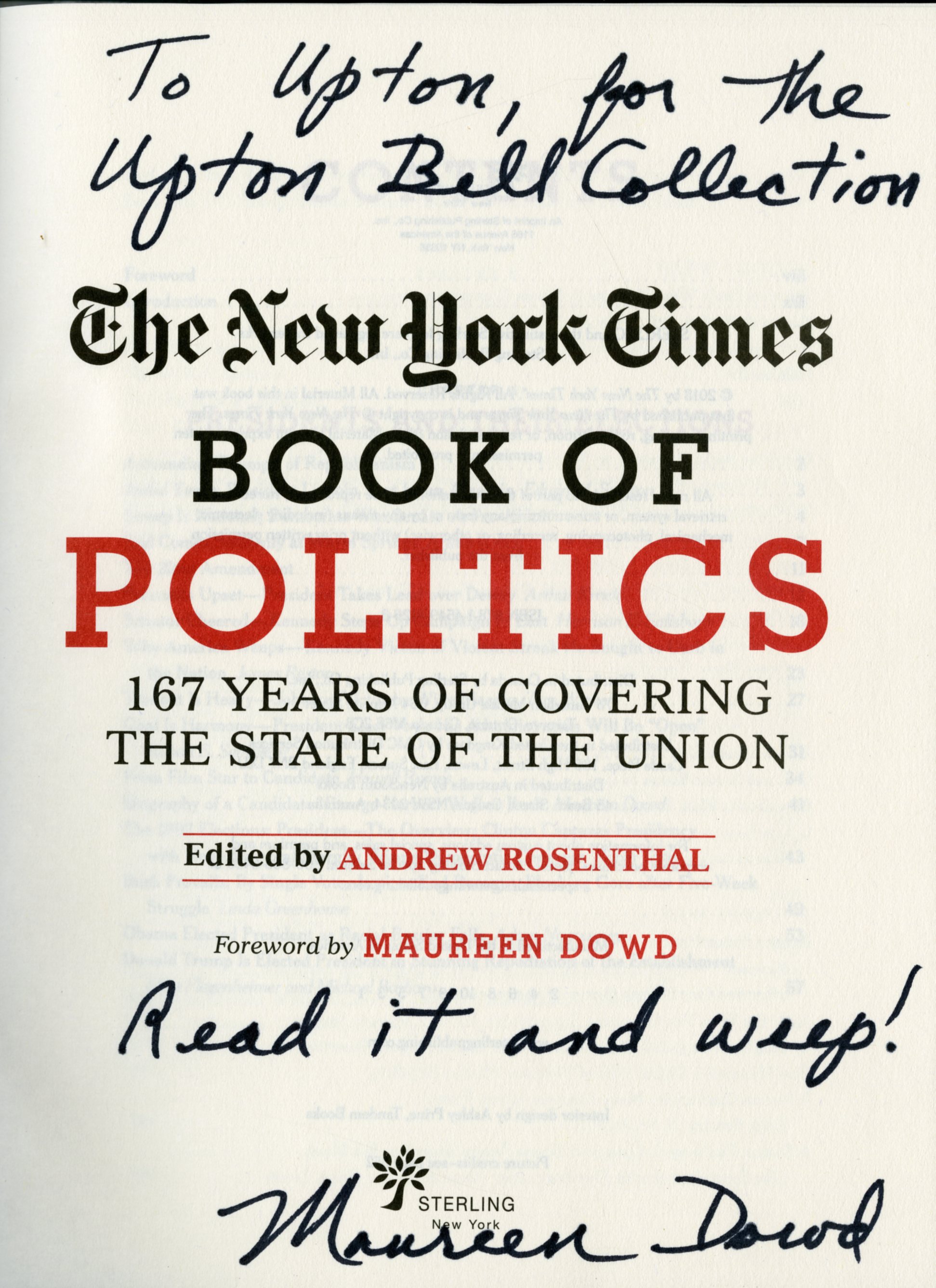