Peter Arnett is a Pulitzer Prize winning journalist, correspondent, and an author. His book, Live From the Battlefield, is part of the Upton Bell Collection at UMass Lowell Libraries in O'Leary Library, 2nd Floor Special Collections and includes a personal, handwritten inscription with an accompanying typed and signed transcription. 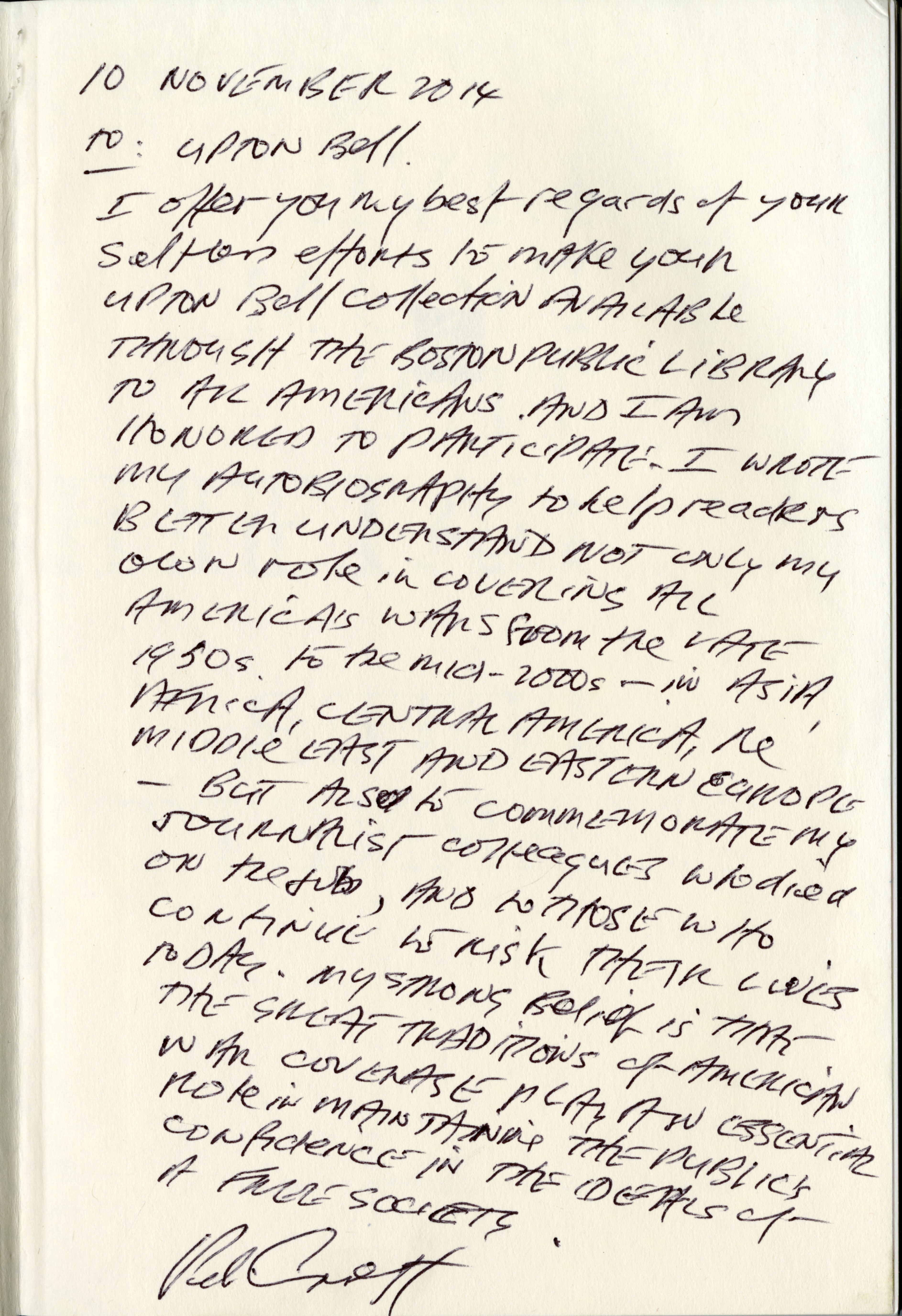 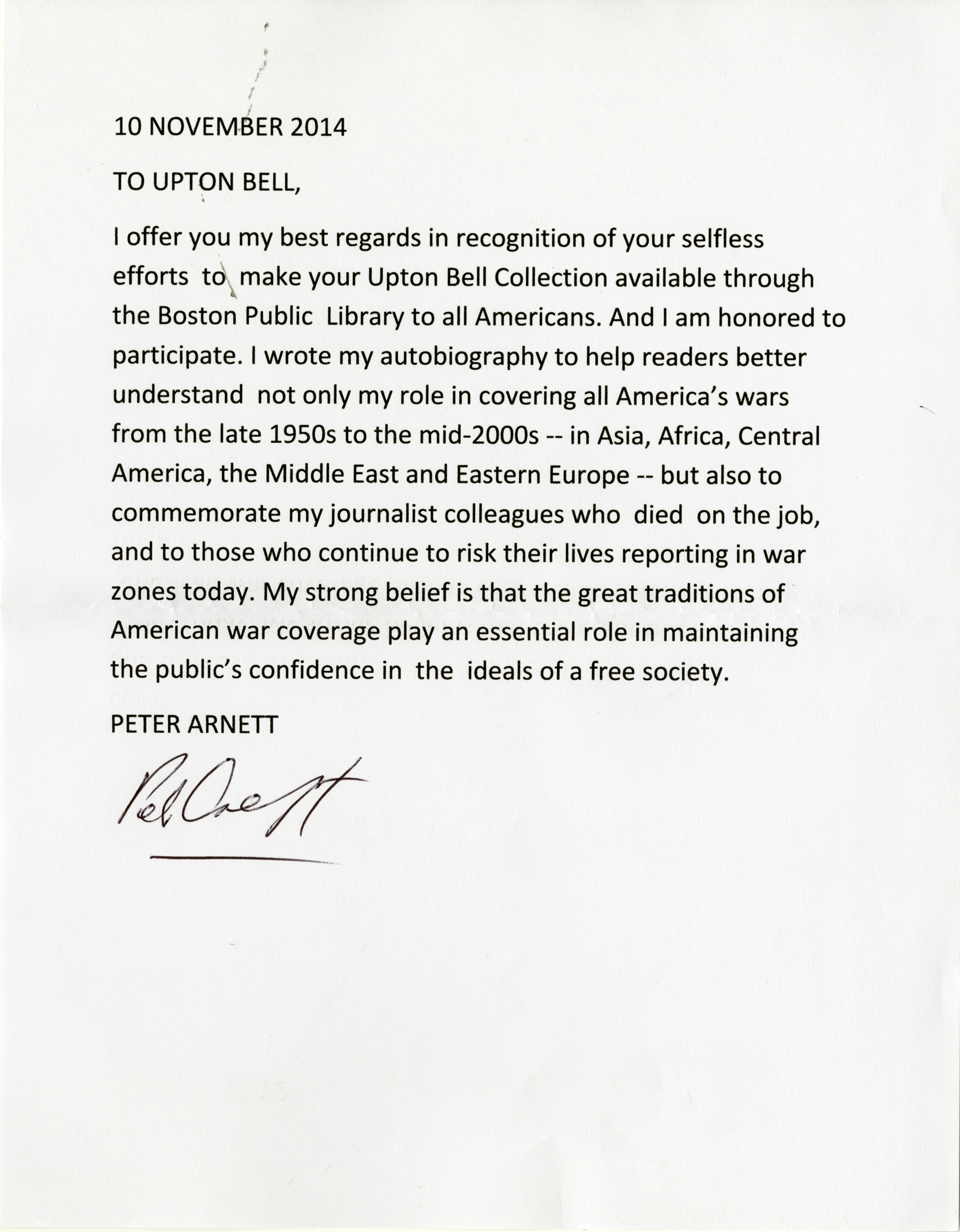 Pulitzer Prize in International Reporting, finalist, for coverage on the world's homeless, The Associated Press, 1980

Pulitzer Prize in International Reporting, winner, for coverage of the war in Vietnam, The Associated Press, 1966