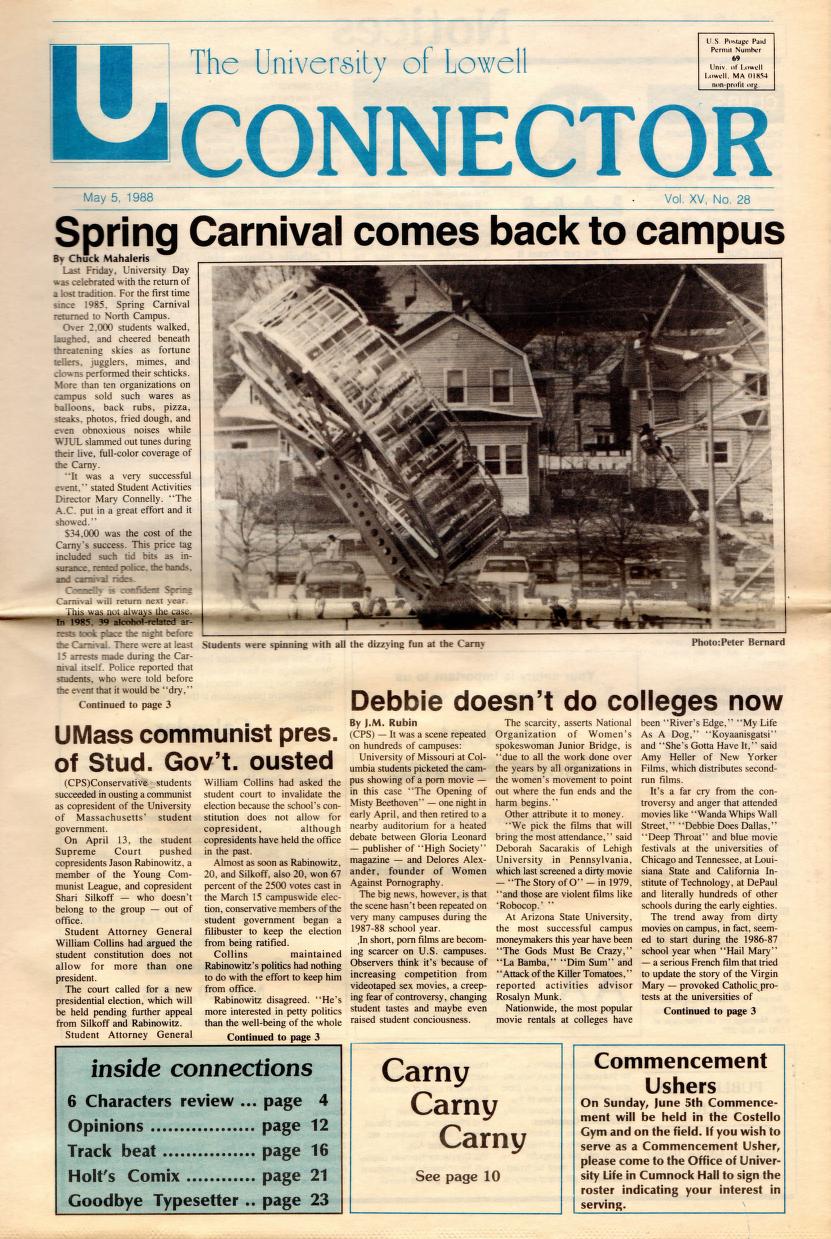 "The Connector is the student newspaper and definitive source of student news at the University of Massachusetts Lowell. All editorial and staff positions are filled by volunteer students. The newspaper is printed by Turley Publications (Palmer, MA) and is distributed free of charge on Tuesdays during the academic year, as well as updated regularly online at umlconnector.com. The newspaper hearkens back to the days of Lowell Textile Institute when the newspaper was known as The Text. The Connector was a merger of the two student newspapers at Lowell State College and Lowell Technological Institute. The name "The Connector" was chosen (and it won by a single vote) because it merged the two staffs. The first year that The Connector was published, 1976, the editor-in-chief was a student from Lowell State and the managing editor was a student from Lowell Tech." This collection presents digitized versions of the majority of the issues from 1975 to 1995, with the hope that eventually the entire collection will be made available on-line up to the present day.