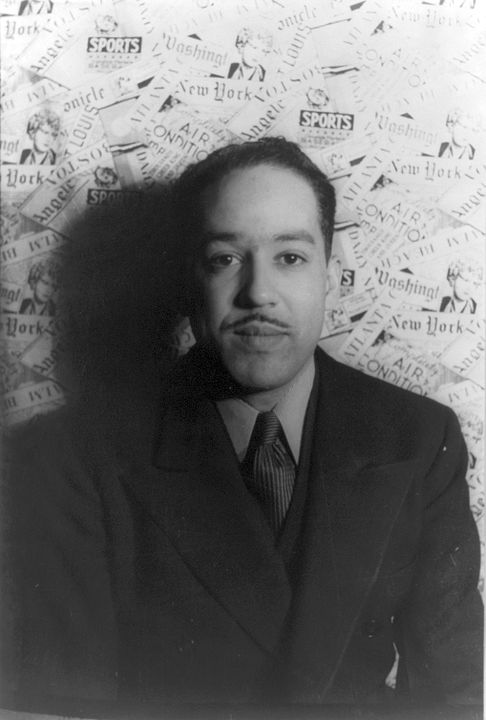 This course will introduce students to African-American fiction, drama, poetry, nonfiction, art, music, and film of the Harlem Renaissance. The Harlem Renaissance also referred to as the New Negro Movement and the New Negro Renaissance, marks a seminal historical moment in which roughly from 1919 through the 1940s writers, musicians, and artists of the African Diaspora (particularly African-Americans, West Indians, and Africans) produced a complex body of written and visual text that drew upon the complexities of black life. The geographical site most associated with the Renaissance is Harlem, New York; however, black artists in the movement also hailed from and lived in other locations across the United States, including Chicago [painter, Archibald J. Motley, and filmmaker, Oscar Micheaux]; Philadelphia [Jessie Redmond Fauset]; Washington, D. C. [Edward C. Williams, Jean Toomer, and Anne Spencer]; and the American Southwest [Anita Scott Coleman].  Readings and discussion will include major black-inspired aesthetic, political, and social movements from 1919 through 1940.

The publisher permissions for download vary: some titles allow unlimited pages, some limit to between between 60-100 pages. This allows the patron to take up to that page limit with no log-in or software requirement.  For EBSCO eBooks, the publisher permissions are set up by session so that patrons can take up to 60 pages per session. The page allowance refreshes once the ebook is closed.  So if you need another section or chapter, you can download an additional 60 pages that same day or another time.

Instructions for Paste and Spellcheck

You can also email chapters to yourself one at a time.
To Download
➔ Click the Save Pages tab at the top left of page. Any download limits will appear here.

➔ Select to include in the PDF:

➔ Click eBook link
➔ Scroll to the first page of the section of pages you would like to print and click the Print Pages in the tools menu above.

➔ select your option from the tabs shown below 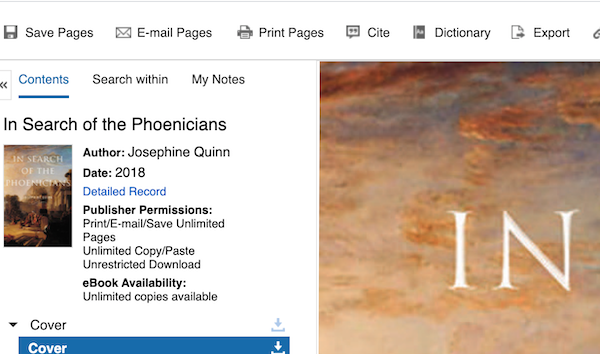 ➔ Select to include in the PDF: