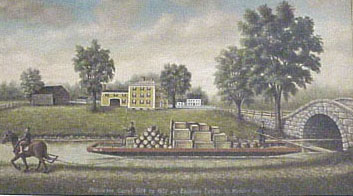 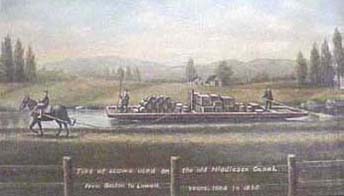 Scow locking though the Middlesex Canal from Boston to Lowell

Link to the Middlesex Canal Association

This website offers access to the complete archive of their newsletter, "Towpath Topics" as well as Association meeting and events notices. 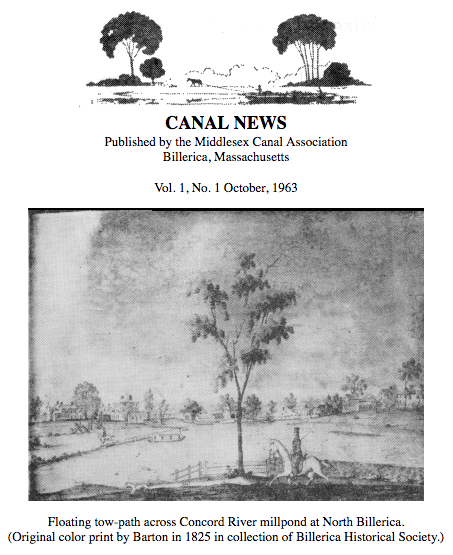 The Middlesex Canal was a 27-mile barge canal that connected the Merrimack River with the port of Boston during the first half of the 19th Century. It monopolized the commercial trade between Lowell and Boston before being supplanted by the Boston and Lowell Railroad. The Middlesex Canal Association was founded in 1962 in order to document the canal’s history, increase public awareness, as well as acquire and restore sections of the original waterway. From early on, the Association received archival donations. In 1970, an arrangement was made with the Lowell Technological Institute (now part of UMass Lowell) for the college to receive the Collection on deposit. The records of the Proprietors of the Middlesex Canal were accessioned in 1972 from the Middlesex County Commissioners, which had held them since the corporation was dissolved in 1859. The Collection occupies 14 linear feet of shelving and consists of corporate records, manuscripts, correspondence, maps, news clippings, photographs, scrapbooks, as well as several oversized artworks. The Collection also includes such ephemera as barge pay stubs ranging in date from 1773 to 1849. The collection is is available to researchers at UMass Lowell Libraries Center for Lowell History, within the Lowell National Historical Park’s Mogan Cultural Center.

Detail of Hand Colored Map of the Middlesex Canal 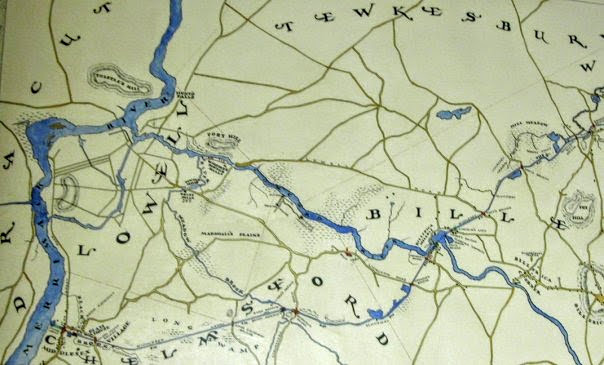