A Garden of Graves: Views of Lowell Cemetery

An exhibit of Lowell Cemetery, its antecedents, and Victorian mourning customs by Nicholas Wyman with Owens Shows

An exhibit of Lowell Cemetery, its antecedents, and Victorian mourning customs by Nicholas Wyman with Owens Shows 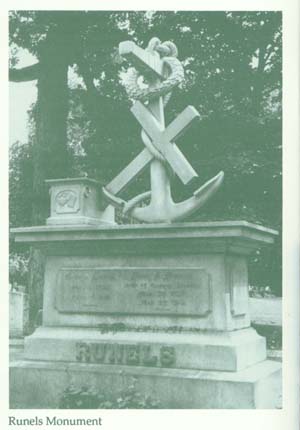 In 1822, at the confluence of the Merrimack and Concord Rivers, the Merrimack Manufacturing Company was incorporated and a textile mill constructed.  Soon the pastures and farmland along the river banks yielded many other mills.  By 1840 the City of Lowell had over 25,000 residents.  Cotton manufacturing thrived.  The mills' founders and agents were seen as benefactors who provided a moral, religious, and educational environment for the mill workers.

Along with all the benefits of a thriving planned industrial city came the realities of high land values and rapid loss of open space.  Mayor Elisha Huntington stressed the need for breathing room in an address to the city, where residents were being "hemmed in by brick" and "No Trespassing" signs.

This brochure, a companion to the exhibit, A Garden of Graves: Views of Lowell Cemetery, will look at the development of this magnificent rural cemetery and its role in the quest to preserve open space for the citizens of Lowell.

Prior to the building of Lowell Cemetery, the dead were buried in two older graveyards, one on School Street and the other on Gorham Street.   Reverend Amos Blanchard of the First Congregational Church referred to them as bleak, barren, bare graveyards and crypts ... the New England village graveyard!

The need for open space, coupled with a widespread contemporary  movement in Romanticism and Scientific Naturalism, led a group of prominent Lowell businessmen to embark on an unusual venture.  Oliver Whipple, a gunpowder manufacturer, purchased forty-five acres of open space.  A committee was formed which bought the land from Whipple for $5,000 (the price he had paid) and then elected him president of the Proprietors of Lowell Cemetery.

In 1841, the cemetery site, on Fort Hill, was quite removed from the city.  Reverend Blanchard applauded the location and praised the virtues that a romantically designed cemetery generated in a city marked by visual monotony and social chaos. He characterized places like Lowell as cities of strangers, comparing urban living to hotel life rather than traditional communities of fond memory.  Blanchard shocked his audience in one address when he informed them that a tombstone in one of our large cities, was lately seen covered with garish handbills, announcing schemes of business and of the idlest of fashionable amusements and follies.

Doctors, having discovered that cholera and other deadly ailments were not punishments thrust down from God but the result of unsanitary conditions, were now concerned about the present practice of burying the dead so close to the living.  Science was rationalizing and removing fear from many aspects of society.  This outlook affected views of death and dying as well; a sanitization of sorts.

Whipple and his peers felt that the new cemetery would serve as a place for citizens to stroll and enjoy the serenity of nature.  They envisioned it as much a park as a cemetery.  It would be some time before city leaders would be able to focus on developing other open spaces or commons in the city for the pleasure of its inhabitants.

The Proprietors hired civil engineer George Worcester to draft a plan for the cemetery. Worcester was influenced by the picturesque Pere-Lachaise Cemetery in France.  The Lowell site was swathed in natural beauty, formed from the southeastern slope of Fort Hill and sloping to the bank of the Concord River. The Lowell Telegram described the site in 1906 "The hill is dotted with oaks and elms, Norway and sugar maples, ever-greens and poplars."

Lowell Cemetery was to be the fourth in a string of new American cemeteries.  Mount Auburn, the nation's oldest was consecrated in 1831.  Laurel Hill, near Philadelphia, was incorporated in 1836, and New York's Green-Wood Cemetery in 1837.

An important distinction between the American Rural Cemetery and European models like Pere-Lachaise was that the later was an old garden dedicated to a new purpose when it became a cemetery.  Mount Auburn and Lowell Cemetery were created on untouched sites of natural beauty as a measure of preserving the serene land adjoining a rapidly growing city.  George Worcester created a plan of avenues and paths, curving and winding along the natural contours of the land for a picturesque effect.  He named the avenues after prominent people like Washington, Franklin, and Tuckerman.  The paths he named for trees and shrubs such as Spruce, Laurel, and Wisteria.  Worcester also planned to place a series of ponds throughout the landscape.  Only one pond was created as the Proprietors opted for more green space.  In 1906 the pond was filled and sodded.

To preserve the beauty of the cemetery, the Proprietors set up guidelines "Fences are an abomination."  Turf was encouraged as it is easy to maintain for the longest period of time.  Families burdened with an unexpected death were encouraged to make use of the cemetery's receiving tombs so as not to "hurriedly erect your monumental work.  Take time and give yourself the opportunity to exercise taste."

A story in the August 19, 1906, edition of the Telegram modestly assessed the quality of Lowell Cemetery:

Lots in Lowell Cemetery average 300
square feet, and each of these is kept in
condition for $3.50 and less annually.
Contrast this careful, economical
management with that of the Edson
Cemetery, our Municipal burying ground
where the lots average 150 square
feet and the managers use the trust funds
in bulk, applying them to whatever
purpose they see fit!

By 1905, there were over 14,500 bodies interred in the cemetery's  84 acres.  Internments averaged about 200 a year.  Throughout the landscape can be found a variety of styles: cross, pedestal, the obelisk, scroll, urn, broken column, slab, altar, and tablet.  All are emblems of hope of hope, as if in chorus whispering, "not dead, but sleeping." 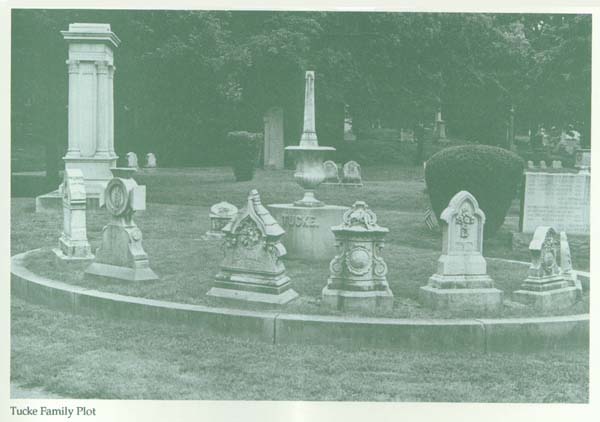 Near the end of the nineteenth century, naturalism was becoming too overdone.  Natural stone monuments began cropping up everywhere.  The August 27, 1894 edition of the Lowell Evening Mail addressed this issue in a lengthy story on the Talbot lot, which is unmarked except for a protruding piece of natural ledge stone upon which is cut the word TALBOT and is simplicity in the extreme, but very expressive in this instance.

The article then describes other natural stone monuments and concludes with the observation that they are all marked in good taste, the only fear being that the idea being copied extensively may be overdone.

Cemeteries like Lowell and Laurel Hill did not become the rage in all areas of the nation.  As described earlier, they are almost exclusively linked to urban centers.  Thomas Bender writes, As the nation became increasingly urban, city people tended to romanticize nature.  Only an urban society can afford such romanticizing: in a frontier society trees are not scenic; they are potential houses. 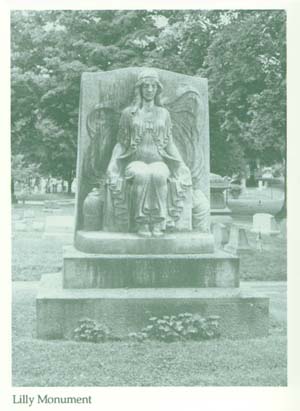