Lawrence Textile Workers Through the Generations

A Photo Essay : The Story of Workers Through the Generations

This photo essay tells the story of how the nature of work has changed over the generations and how work influences our everyday lives.  It does this by offering a glimpse into the photograph albums of several Lawrence families. 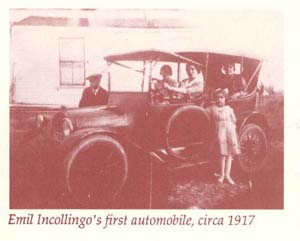 Photography is a popular way to preserve a family's traditions and its past.  When Dr. Erdener started collecting photographs in Lawrence, his goal was to discover which parts of their lives working families had captured on film, thereby preserving them through the generations.  Because work is such a major part of people's lives, he was expecting to find many photographs showing family members at work.  However, he soon realized that people do not tend to preserve everyday routines such as working in a mill, at an electronic company, or at a hospital, in their photographs.  Instead, they take pictures of special occasions.  In other words, for many people, work is not an activity that deserves special attention, but rather a routine part of everyday Life.

In this photo essay, however, you will see beautiful photographs of textile workers such as Eva Goulet, Ethol Boutin, Consiglia DeParis, Natala Furnari, Josephine Champy, and others.  For reasons unknown to the exhibitor, all of the work related photographs were taken in a spinning room, and all of the subjects were women.

When Dr. Erdener asked the owners of the photographs who had taken them, he found nobody remembered.  However, the quality of the photographs suggests that they were taken professionally.  They are all well focused and centered, and the women in them appear the be well dressed.  It is likely that the company hired a professional to photograph its workers.

As Dr. Erdener searched family albums for photographs on the topic of work, he found that some images appeared over and over.  In other words, certain themes were becoming prominent.  He began to view these themes as being central to the lives of workers.  For example, many immigrants new to Lawrence spent their limited resources on photographs taken in professional studios.  These were usually sent to relatives in the Old Country.

Another important landmark in the lives of many people was the purchase of their first automobile. Interestingly, even after this acquisition, many workers continued to walk to work or to take the Belt line.  Cars, however, changed people's lives by allowing them to leave the immediate work environment and travel to other destinations for relaxation and recreation.

One of the most popular destinations for Lawrence residents was Salisbury Beach. This held true across all ethnic groups.  One former textile worker reflected upon the city's annual exodus to Salisbury Beach: "It never occurred to us to go to other beaches."  In the photograph exhibit, you will see Salisbury Beach pictures in almost every family group.

In addition to scenes from the beach, people preserved memories of other special events in their family albums. These events may have included renting a barge on a Sunday afternoon or taking a special girl out for a ride in a buggy.

One theme shown in the exhibit is the shift from production of goods to their consumption. The albums of the Incollingo, Cadoret, Umpa, Amid, and Champy families are good examples of this. Many immigrants living in Lawrence, especially those from Eastern and Southern Europe, tended to have fruit and vegetable gardens. These were often at summer homes or houses on the outskirts of Lawrence where the family would spend weekends, away from work and the environment of the mills.  While this type of agriculture was considered to be work in Europe, in the United States it became a form of leisure activity.  This pattern of production continued into the 1940s with "Victory Gardens."  It gradually disappeared after World War II when edible plants were replaced with flowering plants and pine trees in many gardens. 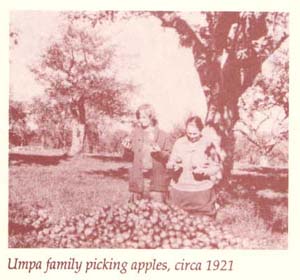 In addition to tending their gardens, many workers kept livestock such as chickens, pigs, rabbits, and sometimes even cows and horses.  Because families were generally large, these animals made important contributions to the family's food supply, especially during the lean years of the Depression.  The gardens and livestock both served to connect the immigrants to their agricultural past, thereby becoming a kind of nostalgic activity.

Over the generations occupational changes took place as a movement was made away from textiles towards high technology and service industries.  After the departure of the textile mills in the early 1950s, Western Electric was one of the first electronic companies to employ thousands of former textile workers.  While members of many families worked at Western Electric, there is no visual documention of this due to the company's prohibition on taking pictures inside the plant.

Despite this company's prohibition, the exhibit contains many photographs which give testimony to the growth of the service industry.  Photographs of the third generation in many families support data which shows that growing numbers were employed in manufacturing and service-related industries in the Lawrence/Haverhill area.  At the same time, the number of workers employed in manufacturing dwindled.  This data, provided by the Bureau of Labor Statistics, is listed below. 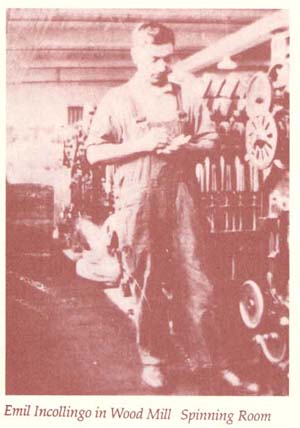 Yildiray Erdener earned his Ph.D. in Folklore / Ethnomusicology from Indiana University's Folklore Institute.  In 1988 he joined a team of scholars as a part of the "Shifting Gears" research project.  As the Scholar-in-Residence at the Lawrence Heritage State Park, he focused his research on the ways in which the meaning of work changed as workers moved from textile production to high technology plants.

A special thank you goes to the following individuals and their families who opened their valuable family albums to me: Harold Adams, Ethol Boution, Edwin Buthman, Eva Goulet, and the Alteri, Arold, Bosse, Champy, Furnari, Petrosino, and Umpa families. 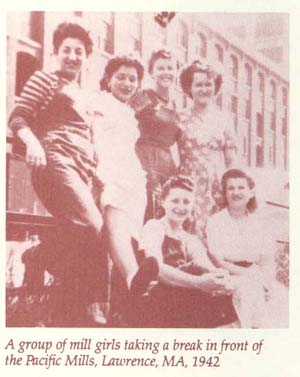