Lowell History: From Erin to the Acre

From Erin to the Acre

When the British author, Charles Dickens, toured the United States in the 1840s, there was one site that particularly impressed him. Dickens, who had witnessed the miserable effects of the Industrial Revolution on the population and the city of London, was not prepared for what he was about to see.  Here, in place of filth, poverty, and disease, were libraries, shops, and boardinghouses alongside Lowell's cotton mills.. Dickens went on to describe the cleanliness of the city and its inhabitants.  Although much of America did not impress him, the city of Lowell, Massachusetts, made a favorable impact.

There was another side of Lowell that the mill owners did not show Dickens.  Less than a quarter of a mile from the mills he toured was a place that might have looked familiar to him.  There the English author would have found things to remind him of
the negative effects of the Industrial Revolution.  The Patty Camps, called the Acre by many residents, was of the City's Irish population.  Located across the canal from the general Yankee population, the Irish were segregated from the Yankees.  This separation was not only a physical one, but also determined where one worked, the type of job one had, and where one attended school.

The Irish needed places like Lowell for jobs.  Yet Lowell also needed the Irish in order to build its thriving community.  The double standard of this so called utopian industrial community and the effect it had on one part of Lowell's population often resulted
in outbreaks of violence and prejudice against the Irish Community.

In the 1820s, an Irishman living in Charlestown, Massachusetts, Hugh Cummiskey, walked the twenty odd miles to the new city growing on the Merrimack River.  There he met Kirk Boott, an agent for the mill corporation.  An agreement was reached between the two that Cummiskey would bring 30 Irish laborers with him to dig and upkeep the canals that were to bring water power to the new textile mills.  The Irish soon became vital to the successful development of Lowell.  Without their skills and courage, for their jobs were laborious and hazardous, the City would have taken a different turn.

These laborers were not meant to become part of Lowell's permanent work force.  When specific jobs were completed or work was scarce, it was assumed the Irish would return to Boston.  Housing was not provided for the Irish workers as it was for their Yankee counterparts.  As time passed, return trips to Boston became fewer, and more Irish laborers came in

hopes of gaining employment in the mills.  The Irish
began forming their own community, not in the city proper where the corporations' boarding houses dotted the community in neat rows, but on the opposite side of the Western Canal, the Paddy Camps.

There they began building shacks of whatever wood was available.  Some had chimneys or a hole in the roof to allow smoke to exit.  Sometimes sod was gathered to dose up holes.  Glass was replaced with oil cloth.  Streets were formed in a make-shift pattern with families gathering in units resembling family districts back home in Ireland.  There were names like Cork and Dublin Streets.  Some males brought their families and by 1827, there were over 200 people in the makeshift town.  Relations within the community often flared up based on rivalries brought over from Ireland.  In 1831, during the building of the city's first Catholic Church, St. Patrick's, a riot ensued that pitted Irish against Yankee.

As their numbers grew, the Irish began opening their own shops, fraternal, and social organizations.  Schools were established, as well as societies for the relief of the poor.  Early on, Irish women were employed in the mills.. Employment for the men generally encompassed trades within the Irish community.  But nothing could have prepared the community for the increase in immigration following Ireland's Potato Famine.  Large numbers of Irish left their country to escape starvation.  The lure of the mills and the possibility of connecting with families already established here brought many to Lowell. 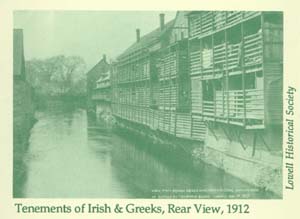 Two leaders that helped build and support the community were Hugh Cummiskey and Father John O'Brien.  Cummiskey was not only a labor leader, but also maintained a certain hold on the community by making sure that matters between the Yankees and the Irish were smooth.  Cummiskey himself petitioned the city for a patrol through the Acre to keep the peace.  He was also a source for possible employment in the work gangs.  His influence can be evidenced by the number of times he is mentioned in the local newspapers as being present at meetings and events.  Upon his death, the local papers ran lengthy tributes to his memory, something not done for other Irishmen during this period.

Father John O'Brien, though definitely a strong religious leader, was also very much aware of the place of the Irish within the city.  Through his efforts, a school was formed.  He was also looked upon by his parishioners for advice during the flare ups of violence between the Yankee and Irish communities.  He single handily turned away the "Smelling Committee" that came to investigate St. Patrick's Convent.  Under his auspices, St. John's Hospital was formed to help those who were unable to use the Corporation Hospital.  He was truly a man of vision for his people.  His name today is mostly remembered for his connection with Father John's Medicine.

Irish Prejudice
The support systems that were in place could not prepare the Acre for the events of the 1850s.  A wave of nationalism crossed America and a political group called the Know-Nothings, who were anti-immigration and anti-Catholic, gained power during this period.  In the journals of the Sisters of Notre Dame, we read of visits made by these groups to the schools in search of some evidence to close them down.  One Sister writes of the church bell ringing to warn of the mob approaching.  The story ends with an Irish woman throwing one of the Yankee invaders into the canal.  It was the Irish community's way of showing it was here to stay.

Into the 20th Century

Even though local papers continued to print bias articles and editorials about the Irish, acceptance was slowly gained.  Soon other groups began coming to Lowell seeking employment, and many of those immigrants settled in the Acre, redefining the character of the Acre.  There were tensions between recent and former residents, but there were also many friendships and marriages among cultures.  Less than a generation ago, a walk down Broadway Street would make a litany of Irish names and businesses.  There was McCarthy's Market and Kiernan's Drugstore.  If you wanted to borrow a book, there was Jackie ONeill's place and O'Connell's for a neighborhood stopover on your way home.

Everyone had a nickname and everyone knew everyone else.  Weekends might bring out the sound of a fiddle or an accordion, and there were always the wakes and funerals with top hat and cape.  Also, there were the mandatory festivities on St. Patrick's
Day, always beginning with Mass, a parade through
the city, and a feast at home.  Some children were given lessons in step dancing, while others were taught the old songs for the St. Patrick's Day shows at the Auditorium.  Today, many of the same families can be seen at events during Irish Cultural Week, and the work and play of this community still carries on as it has for over 150 years.

The Irish presence within the Acre has not vanished. The idea of remembering the past and passing on the culture is as important today as it was to those first inhabitants.  Our definition of what the Acre is was passed down to us through stories and photographs. Many events in the Acre today reflect the joys and sorrows of what happened to those early people.  It is the story of a people seeking a home and  identifying with a special place called the Acre. 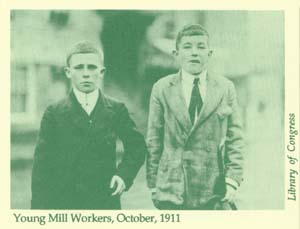 Project Directors
David McKean’s family has lived in the Acre and
been a member of St. Patrick's Parish for over a
century.  He also developed The Acre:  A
Neighborhood and its People, the exhibit at
St. Patrick's, funded through a Cultural Grant
from the Lowell Historic Preservation
Commission, U. S. Department of the Interior.
David serves as director for the Archives of
St. Patrick Parish and is a teacher in Nashua,
New Hampshire.

Paula O'Neill Abraham, a Lowell teacher, also
traces her family 's roots to the Acre and St.
Patrick's Church.  For a number of years Paula
has been involved in planning and presenting
well's annual Irish Cultural Week.  She is actively
involved in Wider Horizons a cultural exchange
program that brings Irish students to this country.

Father John's Medicine was created by Mark
Bograd, curator for the Lowell National
Historical Park.  Though his connection with the
Acre is on a purely historical basis, his connection
with Ireland is more direct.  According to his
grandmother, one of his ancestors was the first
Jewish Lord Mayor of Dublin.

From Erin to the Acre: an Artist's Perception
was created by local artist Janet Lambert-Moore.
Her subjects and themes are often identified with
the Acre and Lowell. Her works hang in the
Kilkenny Town Hall and have been
commissioned by many businesses and
individuals.  Janet and her family presently live in
the Acre.

Character Design is by John Clancey of Methuen,
MA.  John combined the research of his
characters with his profession as a graphic arts
designer to create our immigrant family.  His
talents also include cartooning.

Costuming is by Anne Welcome and the volunteers
of Lowell National Historical Park.

Research Assistance is by Kay Curran. 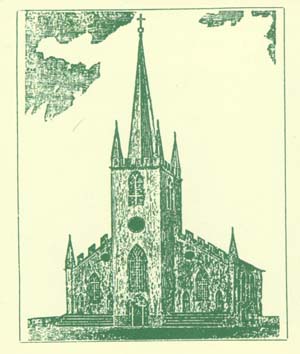