This guide was created by intern Alexandra Hyland.

The Stonewall Riots- An Introduction

The Stonewall riots started a movement that would continue for years. Located in Greenwich Village on Christopher Street, the Stonewall Inn used to be a Mafia-run bar and shelter from the streets. On June 26th, 1969 there was a police raid at the bar which turned into a three day riot after patrons refused to leave. Years after the Stonewall riots, people still come to the inn and it remains a landmark and safe haven in New York City for people who are LGBTQ+ 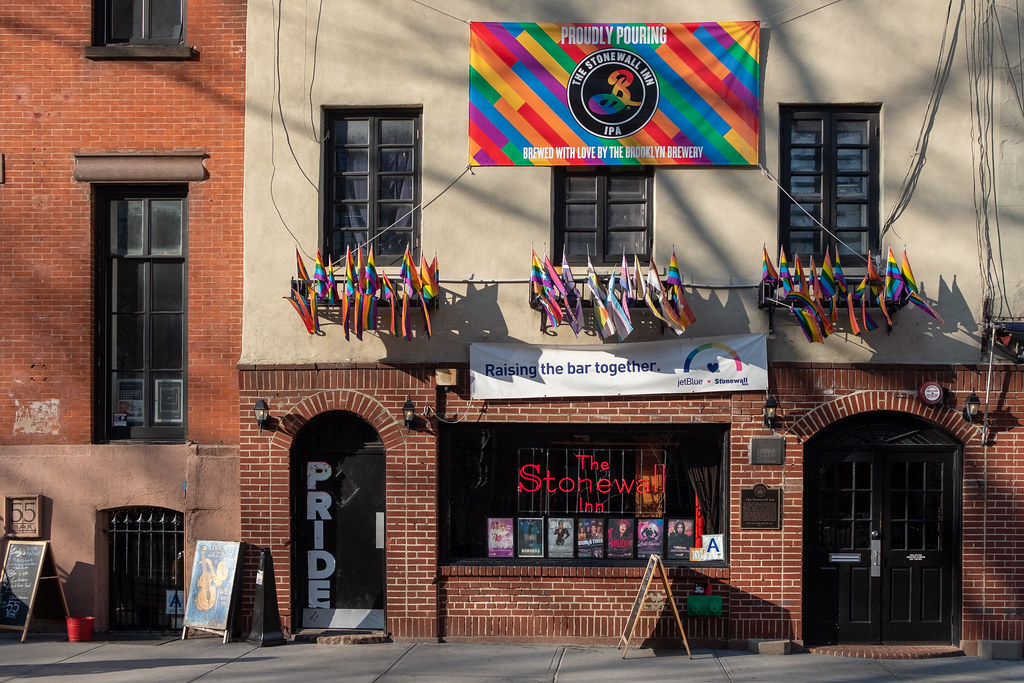 The Stonewall Inn- Photo from Flickr by Sharon Mollerus

When the Stonewall Riots ended at the end of June 1969, it was decided years later in 1999 by former President Bill Clinton, that June should be Pride Month to celebrate the LGBT community. As time goes on, other countries are recognizing June as Pride Month. However, it remains a major celebration in the United States, with towns and cities having pride parades and events in the month of June.

This video from PBS shows the history of the word "Gay" and how the use of the word has changed over time.

This YouTube Video from ABC News discusses the continuing issues of the transgender debate in sports.